Sometime in early 1954 a young teacher from the Illawarra attended a production of the hit musical play Reedy River at Sydney's New Theatre and was so impressed by the Bushwhackers Band and the songs they performed in the play that she decided to start her own bush band. 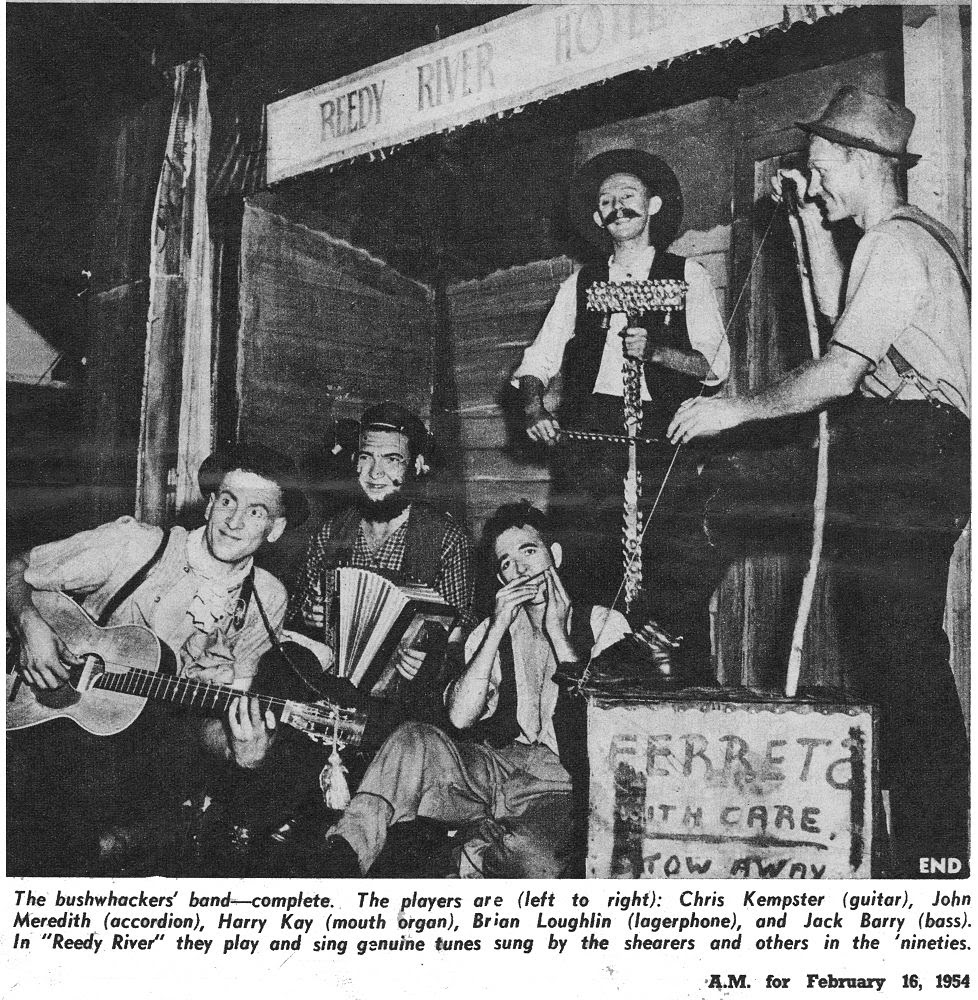 The Bushwhackers helped her, and Australia's second bush band, the South Coast Bush Band was born.

In October 1954 The Bushwhackers founded the Bush Music Club, & in February 1956 when the Club published the first issue of Singabout, the journal of Australian Folksong, Lola Troy (later Wright) was the representative of the South Coast Group. 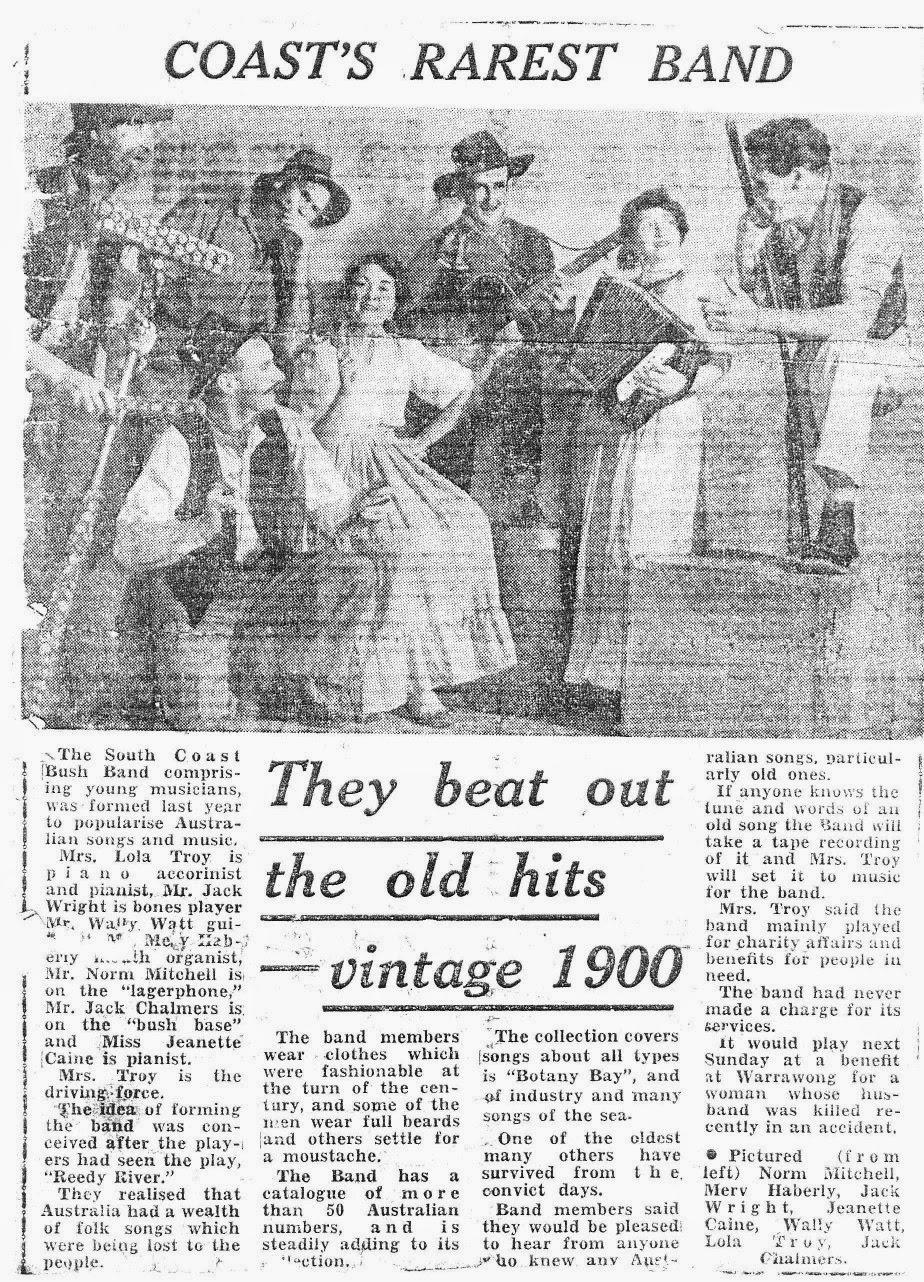 Coast's Rarest Band
They beat out the old hits - vintage 1900

Mrs Troy is the driving force.

The idea of forming the band was conceived after the players had seen the play, "Reedy River."

They realised that Australia had a wealth of folk songs which were in danger of being lost to the people.

The band members wear clothes that were fashionable at the turn of the century, and some of the men wear full beards and others settle for a moustache.

The Band has a catalogue of more than 50 numbers, and is steadily adding to its collection.

The collection covers songs about all types of industry and many songs of the sea.

One of the oldest is "Botany Bay", and many others have survived from the convict days.

Band members said they would be pleased to hear from anyone who knew any Australian songs, particularly old ones.

If anyone knows the tune and words of an old song the Band will take a tape recording of it and Mrs Troy will set it to music for the Band.

Mrs Troy said the band mainly played for charity affairs and benefits for people in need.

The band has never made a charge for its services.

It would play next Sunday at a benefit at Warrawong for a woman whose husband was killed recently in an accident.

~~~~~~~~~~~~
Lola joined us at our Songs Session at the recent National Folk Festival and you can see pictures here http://bushmusicclub.blogspot.com.au/2014/04/bmc-national-folk-festival-easter-2014.html 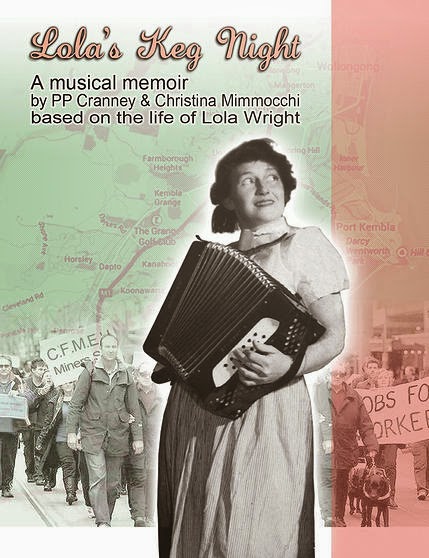 Lola's Keg Night - a musical memoir adapted by PP Cranney & Christina Mimmocchi, from the autobiography of Lola Wright. As a reading only, with music, it was a big hit at the Illawarra & the National Folk Festivals. A full production will be happening at Merrigong Theatre in Wollongong in early October & in Sydney shortly thereafter.

Lola's keg night? Well, Lola was famous for her parties, where the keg was not broached until sufficient songs were sung! And no one could say they didn't know the songs as the words were projected onto a screen. After all, she was a teacher. 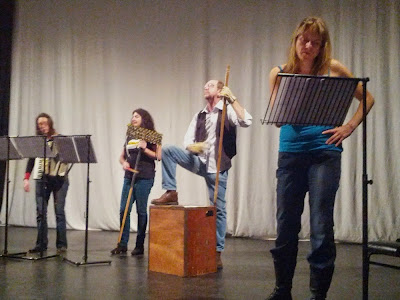 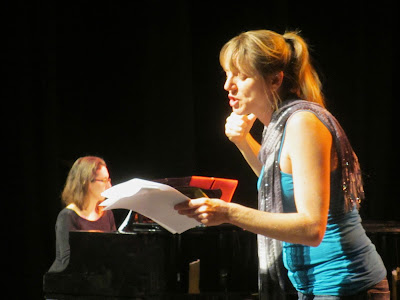 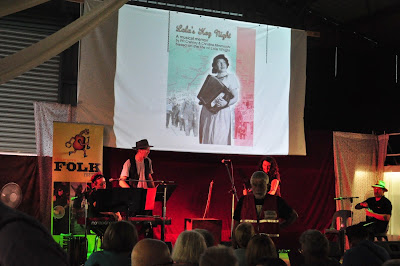 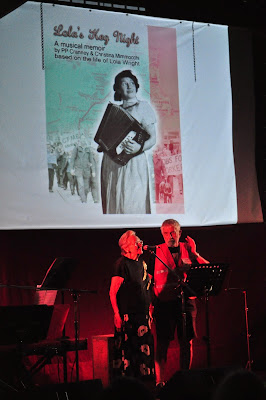 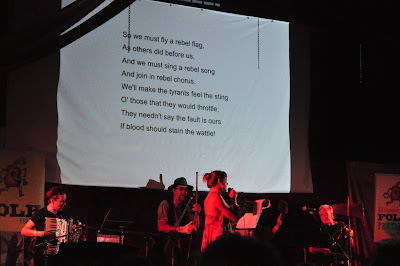 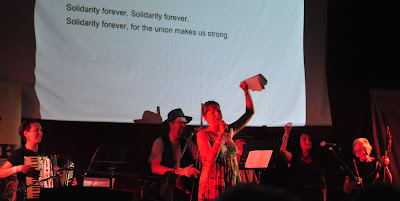 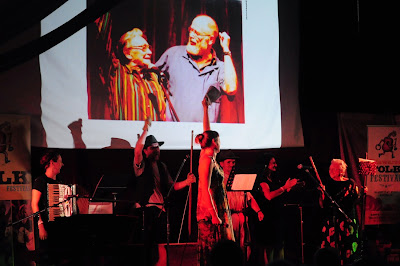 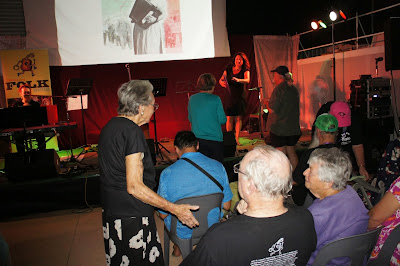 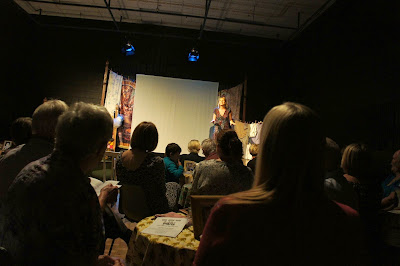 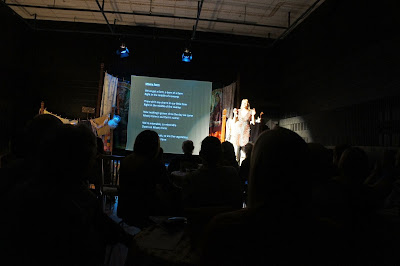 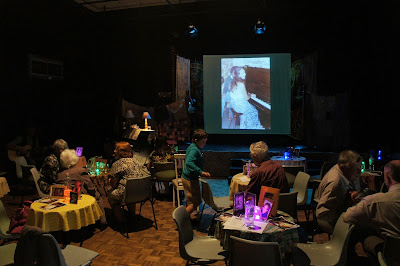 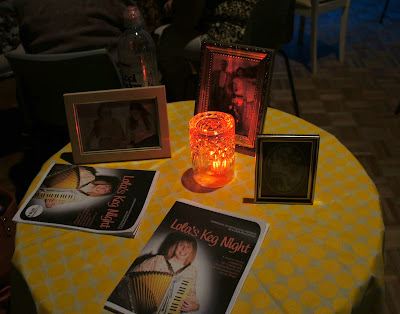 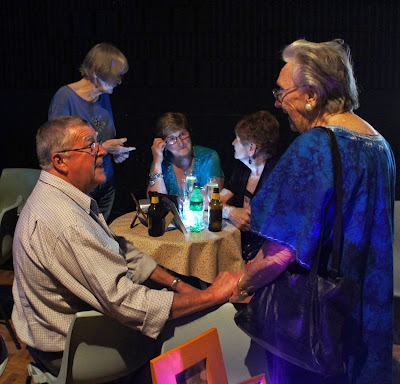 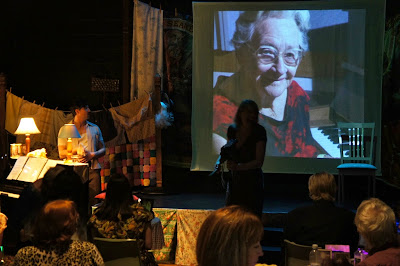 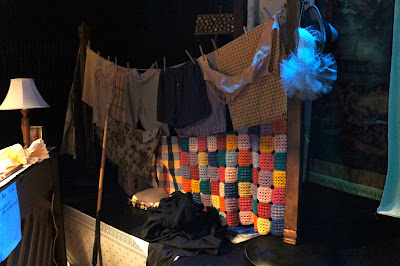 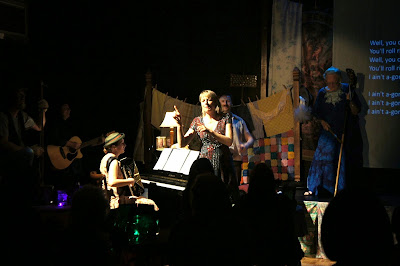 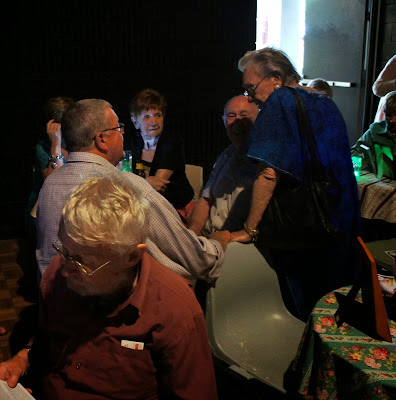 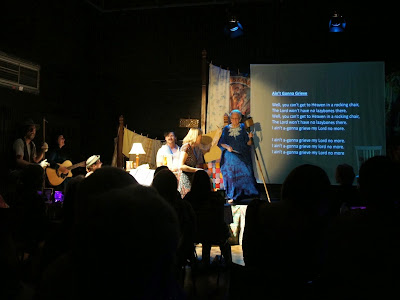