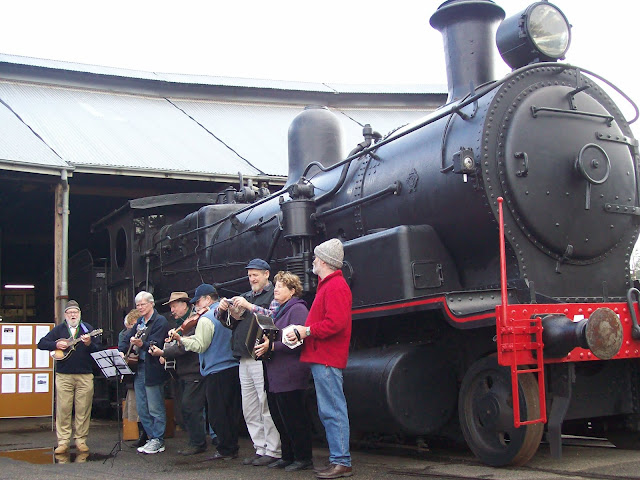 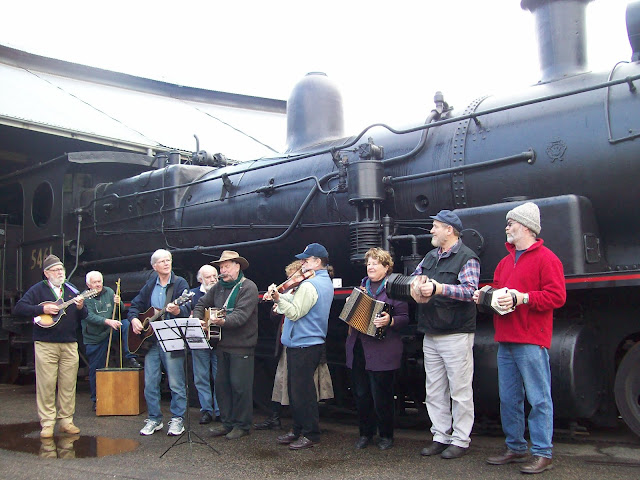 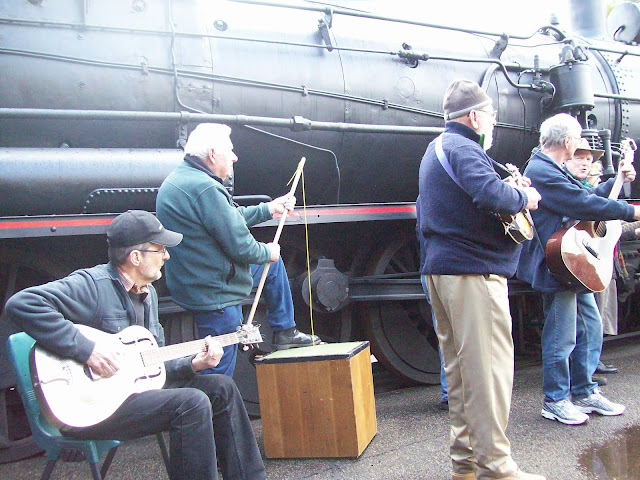 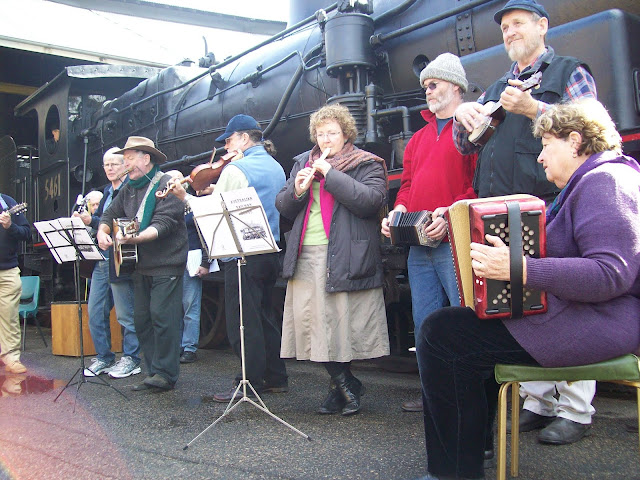 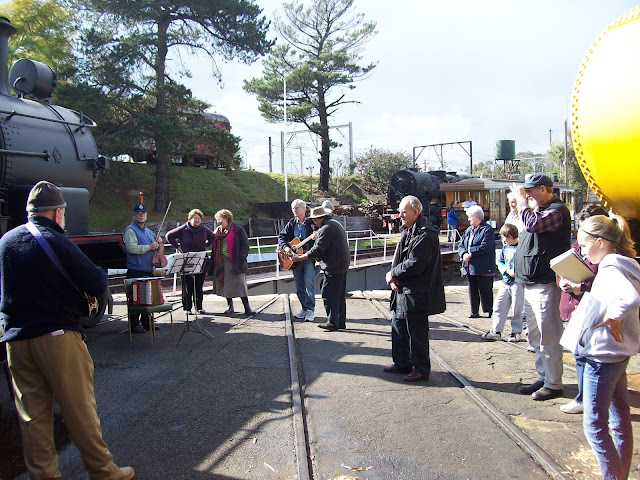 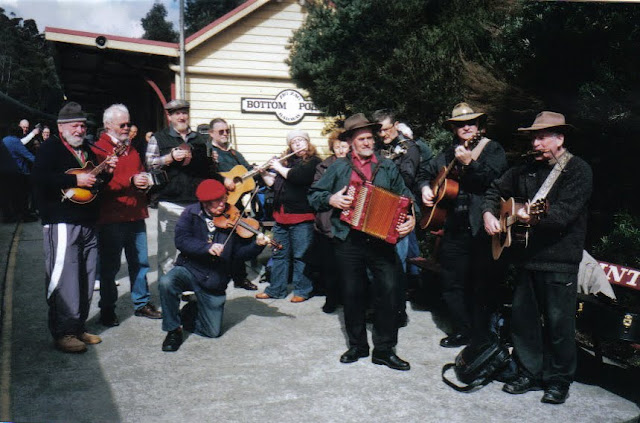 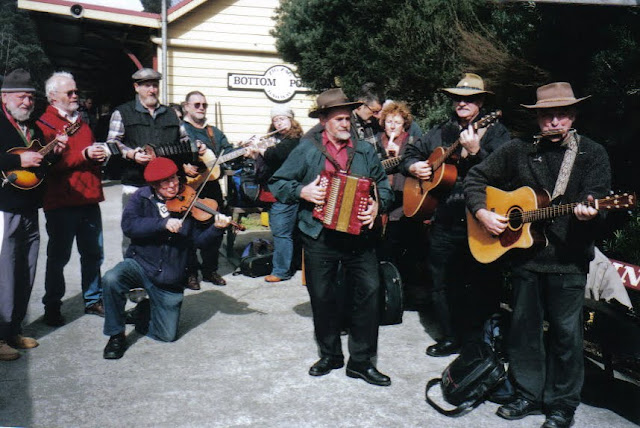 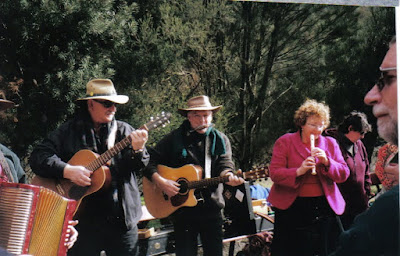 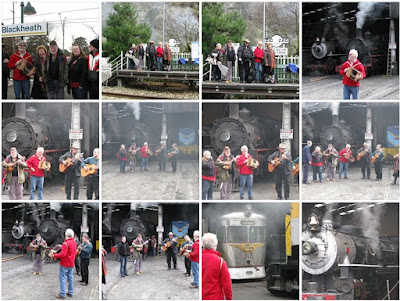 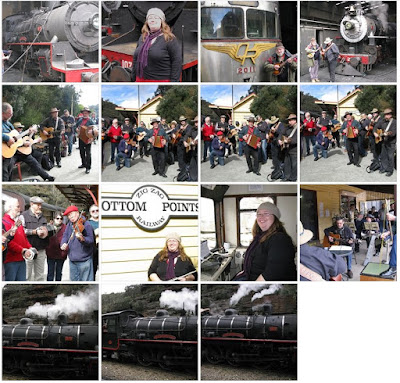 Posted by secretary at 12:58 No comments:

This article was originally published on the Folk Federation of NSW website and has been adapted. 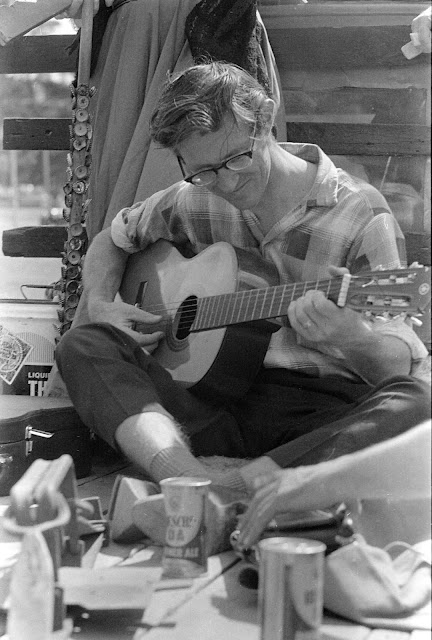 Carcoar picnic, 1971 (Bob Bolton photo)
John Dengate became involved in traditional and folk music in the late 1950s in Menindee, where he was sent on his first teaching appointment. There he met Brian Mooney, who introduced him to traditional Irish music. However, even in his childhood days he was writing rhymes, reciting Banjo Paterson and was acknowledged as a story teller who could capture everyone’s attention.

John's first appearance in BMC's Singabout magazine - Vol 6, no.1, 1966
On his return to Sydney he was introduced to the Bush Music Club in 1961, by his future wife Dale. At the BMC, John was very influenced by John Meredith, who recorded many of his early songs which he was writing almost weekly. Most of these dealt with the political situation of the day and used the Australian idiom or were in satirical vein.

John's song about what happened every time the Secretary, Janet Wakefeld tried to conduct a meeting in the early days of the Bush Music Club - (BMC archives)
Because of the vast number of songs recorded for the National Library archives and his contribution to Australian traditional music, John was often called a ‘national treasure’ when being introduced at festivals around Australia and even at Old Parliament House, in Canberra. 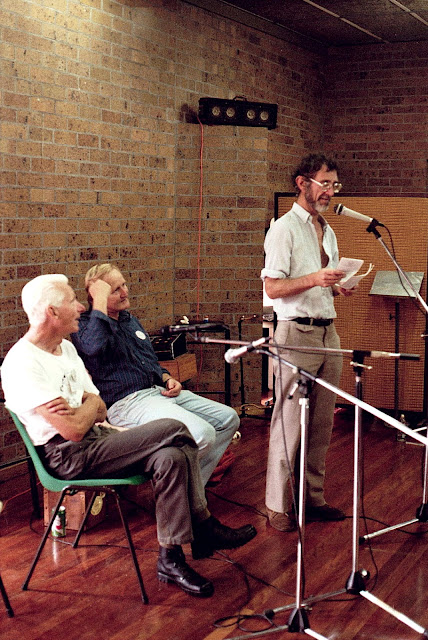 Jamberoo, 1991 (Bob Bolton photo)
For over sixty years, John wrote songs and poetry about life in Australia and his performances reflected his deep interest in history, his humanity, his sense of humour and his irreverence. While he is best known for the performance of his songs of satire and political comment, John also wrote songs of deep compassion about his family and everyday Australians who battle through life. 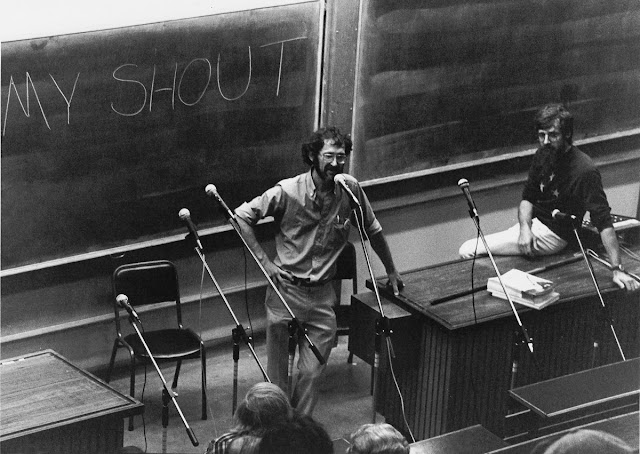 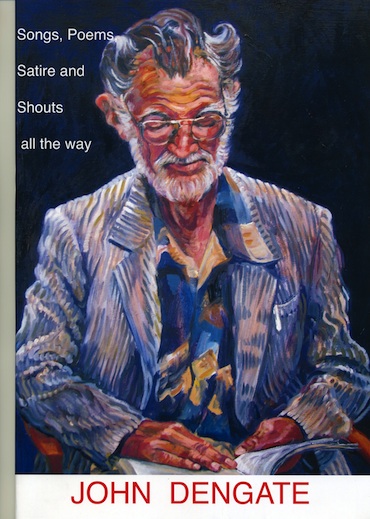 Launch of 'Songs, Poems, Satire and Shouts All the Way', 2012 (Sandra Nixon photo) 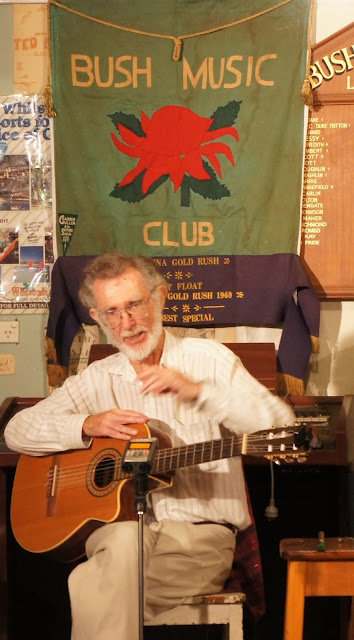 His books My Shout (Bush Music Club, 1982) and My Shout Again (Malaney Folk Festival, 1989) sold out and became collector’s items. BMC published his third book Songs, Poems, Satire and Shouts All the Way in 2012, along with a reproduction of My Shout on the 30th anniversary of it's publication.

His early songs, which were included on recordings with the Bush Music Club and Rebel Chorus, and in The Follies of Pollies; Songs About the Australian Way of Strife (1996) have long sold out, but in 2002 a two volume CD John Dengate: Australian Son (Shoestring Records) was launched at the National Folk Festival. 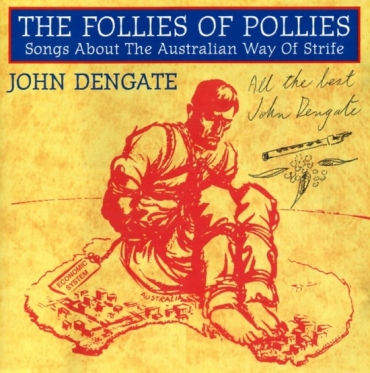 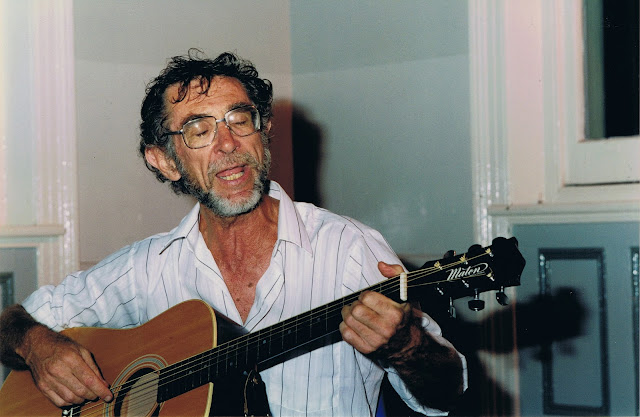 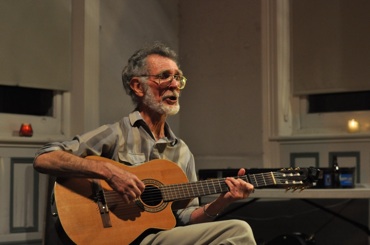 John was also an artist & designed a set of alternative, but very Australian Christmas cards for sale through BMC.

As Tony Smith said in Master of dissent: the music of John Dengate (AQ: Australian Quarterly 76:22, 38-40, 3/2004) about John's appearance at the National Folk Festival 2004
While the very existence of folk music encourages resistance to neoconservative values, the content of some forms is dedicated specifically to dissent. Among the stars of this festival was Glebe singer-songwriter John Dengate. Dengate is probably familiar to many city workers as a busker on prominent corners, playing Irish and Australian tunes on his tin whistle, with trusty cricket cap open on the footpath. The festival program billed Dengate as a ‘living treasure’. He gave two concerts, one in the lower house chamber at Old Parliament House, an appropriate venue for an act described as ‘forty years of political dissent’ through satirical songs. The concerts were well attended and the audiences were absorbed in Dengate’s witty, irreverent lyrics set to eminently singable tunes. The ‘living treasure’ tag was well appreciated as standing ovations were forthcoming.

Chloe & Jason Roweth Streaming LIVE Concert of John Dengate Songs & Poems
The Roweths have been doing a series of online concerts called 'Saturday Streaming'.
This week's edition is a special tribute to John, and takes place on the 7th anniversary of his passing - Saturday 1st August, at 7pm

For more info:
- check out the Facebook event We Go On Disobeying - Songs & Poems of John Dengate
- 'Like' the Chloe & Jason Roweth Facebook Page
- Visit the Rowethmusic Webpage
Posted by secretary at 01:56 No comments: