The Willis collection of Australian Life Stories and Traditions

reprinted from Verandah Music with permission

Rob Willis has been collecting oral history and folklore since 1982. Initially in the company of John Meredith, John Harpley and others, he was later joined by his wife, Olya Willis. Together, they have created the most extensive archive of Australian lives and traditions yet recorded. At the time of writing (2021), the Willis Collection consists of over 2,250 hours. As well as sound recordings, the collection includes film, video, still photographs, ephemera and manuscripts of interviewees.

Olya’s method of summarising at the point of interview is unique and allows a seamless, digital transition from the field recording to the NLA online catalogue. All relevant details of, time, place, names, topics and key words are included. Olya is also the sound recordist and photographer.

Taken together, this is an historical resource of great importance, covering every state and territory – and beyond.

The contents of such an extensive collection can only be summarised but include music, song, verse, dance, customs, beliefs, stories, crafts, together with the life experiences of a diverse number of Australians, young and old, living and dead, rural, regional and urban, from many of Australia’s diverse cultural groups, lifestyles and occupations.

Several items from the collection have appeared on the VERANDAH MUSIC BLOG:
https://verandahmusic.blogspot.com

Many recordings made in Western Australia as part of the Western Australian Folklife Project are available in the WESTERN AUSTRALIAN FOLKLORE ARCHIVE (2004-2016) in the John Curtin Prime Ministerial Library at Curtin University
http://john.curtin.edu.au/folklore/

ROB AND OLYA WILLIS can be contacted at robwillis44@gmail.com 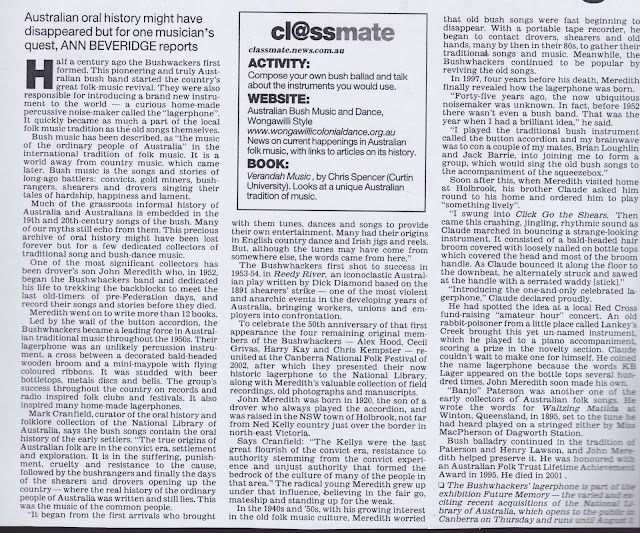 Posted by secretary at 00:54 No comments:

In its time this Parker must have cost a well earned quid,
And spare me days, it’s come to me without its bleedin’ lid.
The master must have took it off the day that it was bought,
And put it somewhere on the desk without a moment’s thought.
With inspiration flowing, our John began to write,
And soon the ink was steaming hot, full speed by day and night.
Perhaps the Dengate needed sleep and dropped it in its case,
And just forgot the poor old lid a-lying round the place.
There’s probably some lost graveyard where bits and pieces go,
And there the the lid has wandered off, no doubt we’ll never know,
For the lid was never needed, it was never used again,
This old Parker kept on writing, for it was John Dengate’s pen.

Many, many thanks Dale, for your words and for this memorial of a great bloke. Hey, and I’m not dropping any hints about the lid. 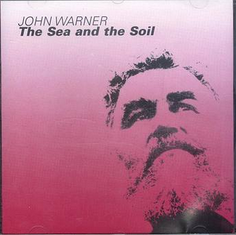 Guest - At the funeral, John's son Sean delivered a brilliant eulogy which summed the man up to a tee. One of Sean's abiding observations of his father was his ability to keep it all simple: "Don't get distracted from doing the things you love, with the people you love. And according to John Dengate, that's all you need to do to have a good life."

I found myself going down a similar path in my own tribute to him:

The One To Leave (For John Dengate) by Doug Jenner

Schooners of Coopers
and a golden afternoon before us,
aglow with beer and banter,
Dengate and I share cricket yarns,
and evidence in broken fingers.
In beery mind’s eye I picture the wiry John,
head in Kokoda with the Aussie militiamen,
blocking wooden answers
to questions fired down 22 yards,
organised for survival,
And sure of the ball to leave.

Now, in the pub
When he’s in free flow,
Timing strokes, punching lines
onto the comic sweet spot,
Middling them Mark Waugh-like
to the boundary fence,
He’s not just the life and soul,
He’s a whole party in one man,
And he sets the room aglow.
Even so, even then, he knows
Whether to play, or whether to let it go.

Sometimes, many schooners on,
adrift in poetry and song,
you think, quite suddenly,
like that bird that sits on water
and instantly isn’t there, he’s gone.
then quick, like the diving bird, he’s back,
In the beak a rhyme, a limerick,
a new-spun funny line.
And along with warmth, with humour that you feel,
You also sense a discipline
As strong as Kembla steel

Today, across the continents
came news that he was gone,
so comrades line those schooners up,
Australia toast your son!
For the gifts and the heart of Dengate
make that ceilidh roar,
Sing loud for one of our ‘valiant men
That we never shall see more.’
And when in quiet moments, you open your hearts to grieve,
Remember how much of his genius
Was knowing the one to leave.

Doug visited Australia in August 2016, and recited it at the Memorial Get Together

Posted by secretary at 17:08 No comments: