Transcription of interview with John Kell, mainly about the old-time dances in Barralier in the 20's. The only biographical information mentioned is that he grew up on the Wombeyn Caves Road where his family had lived from the 1840s, his parents met before WW1, he was working in the 1920s & came to Sydney in 1945. He was also a member of the Muzzle-Loaders Club in later years.  Colonial Muzzle Loaders at 1994 Bush Music Festival - see picture no. 3

email from Bob 2/6/14  ...  cassette of John Kell - especially his reminiscences of his family "band" of the 1920s down round the Barallier region south of Sydney and west of Mittagong … 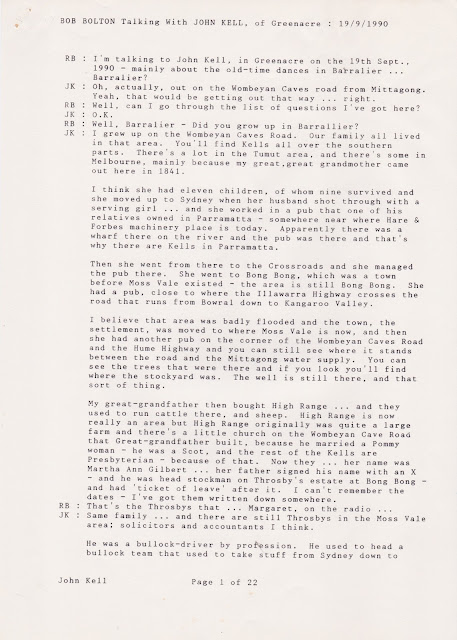 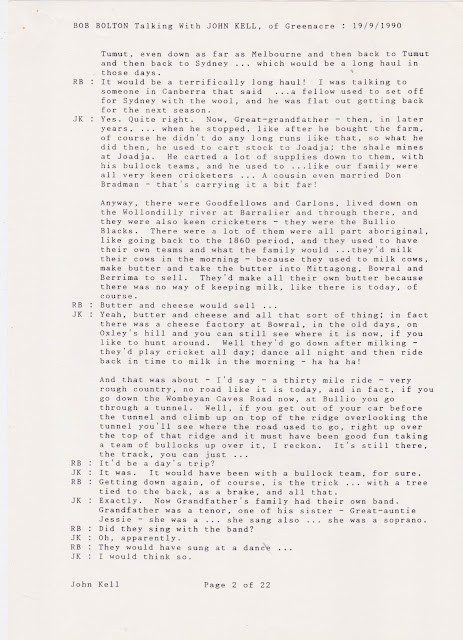 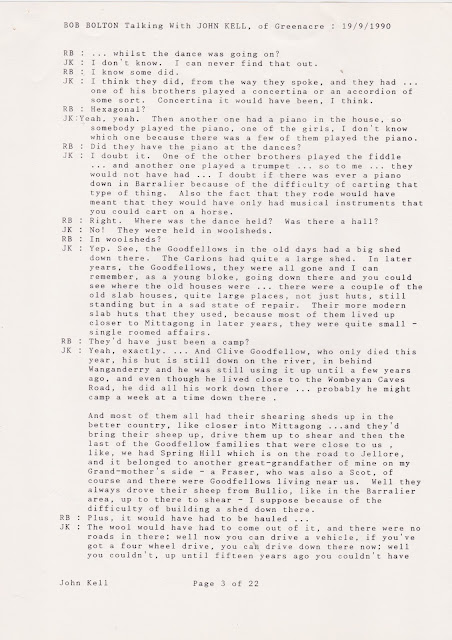 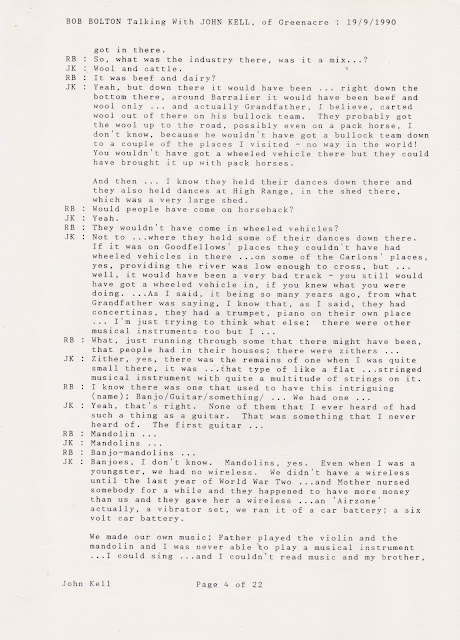 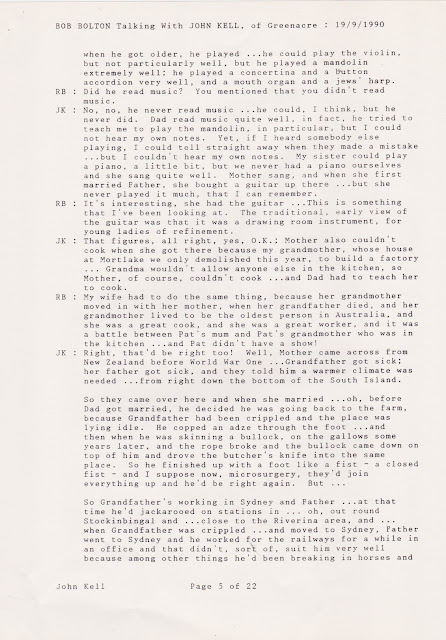 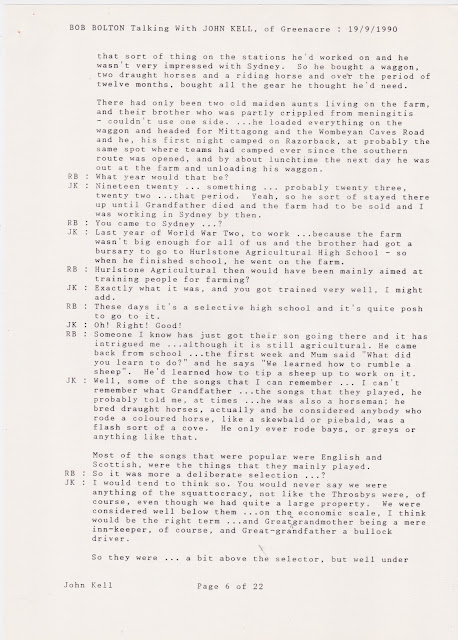 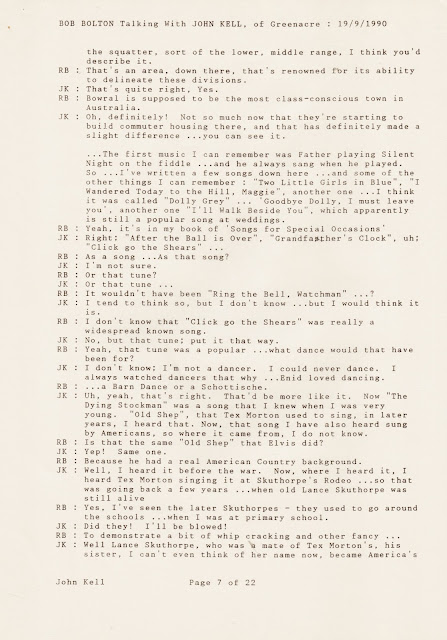 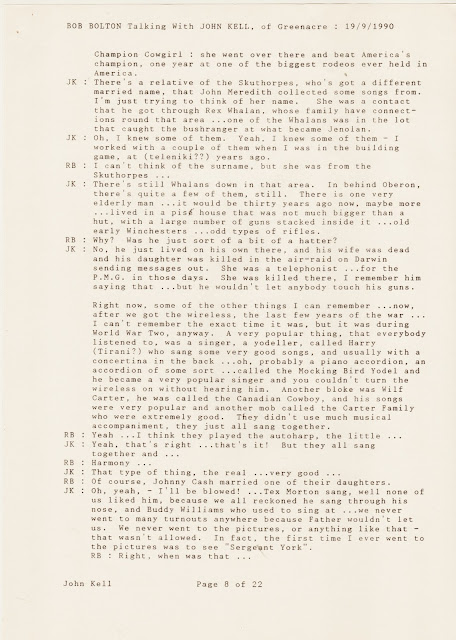 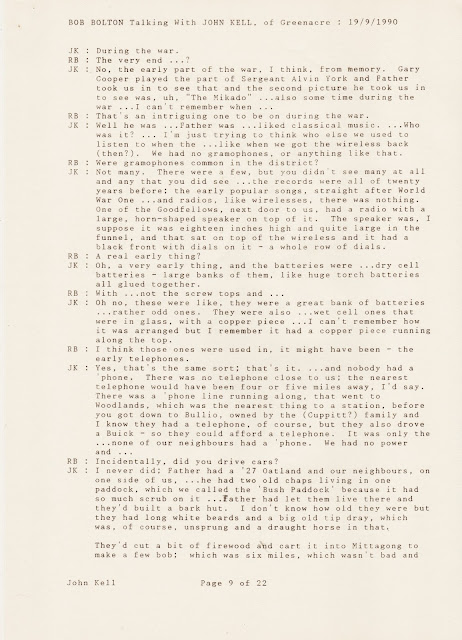 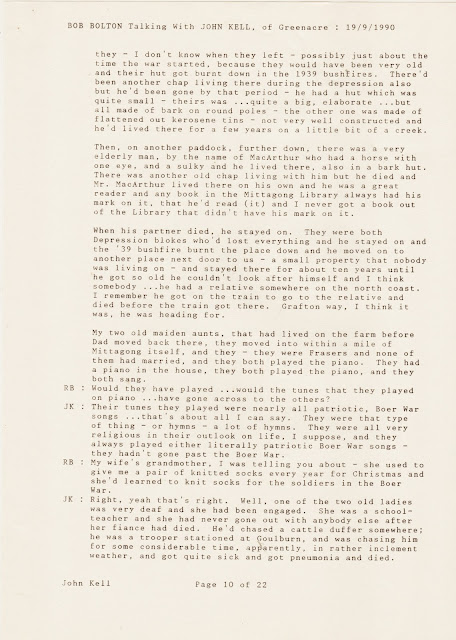 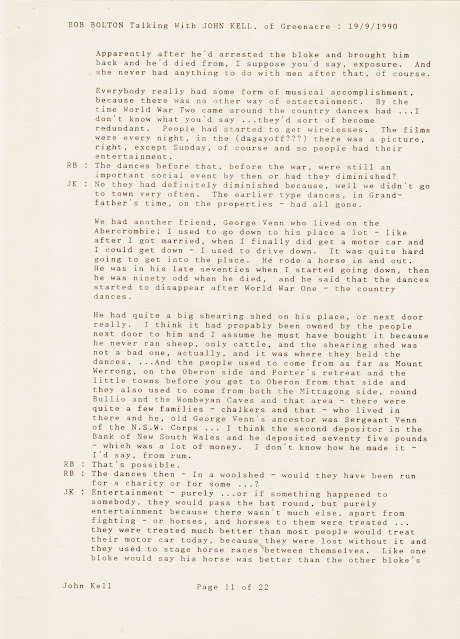 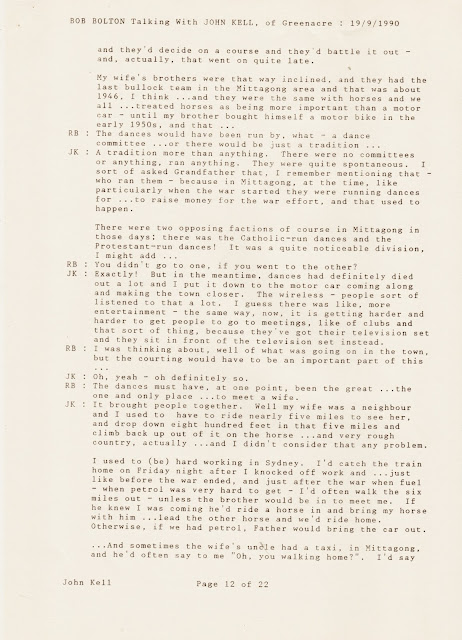 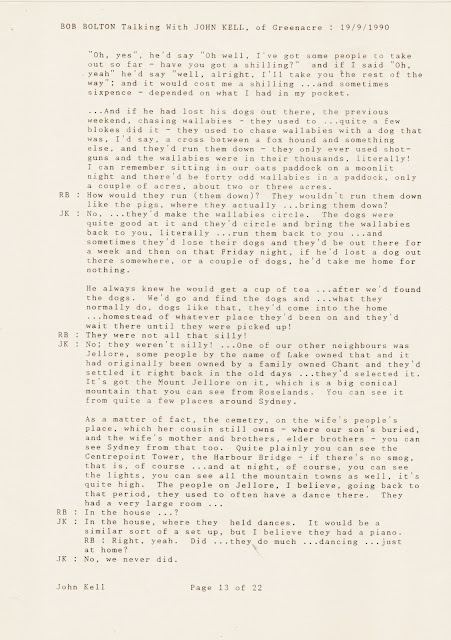 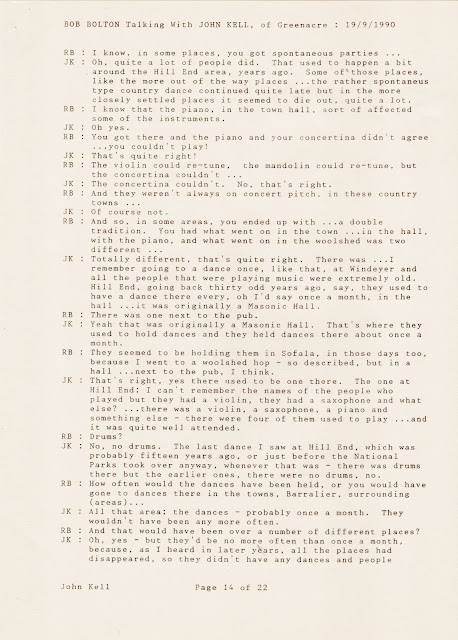 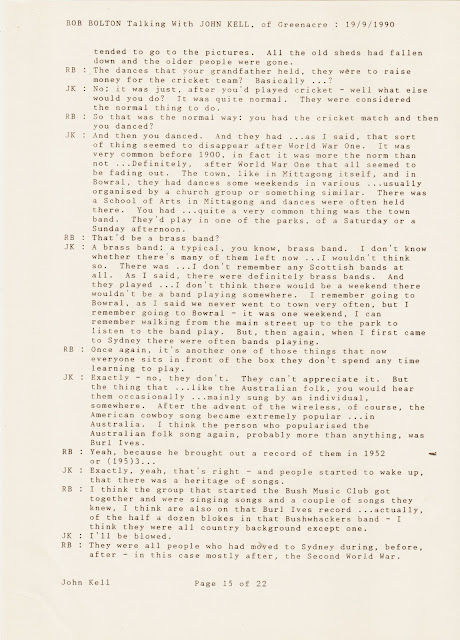 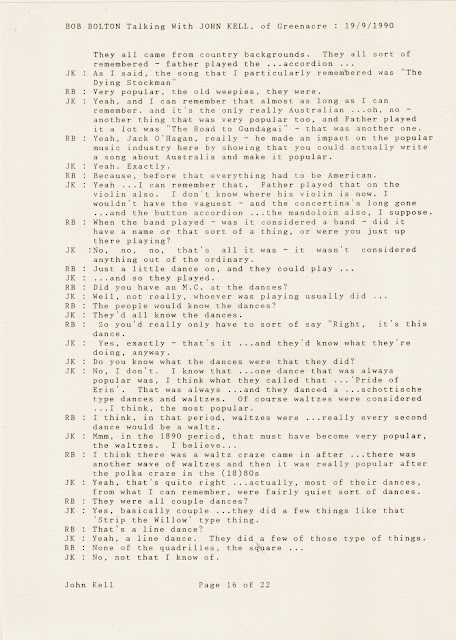 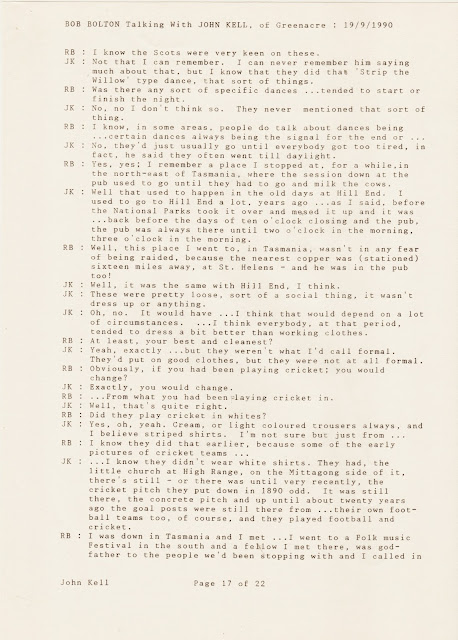 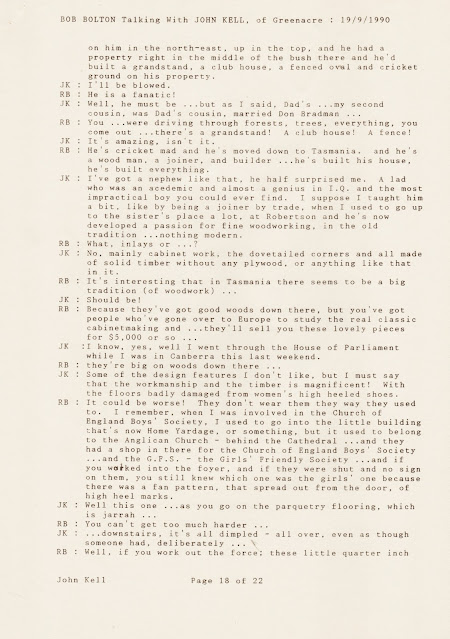 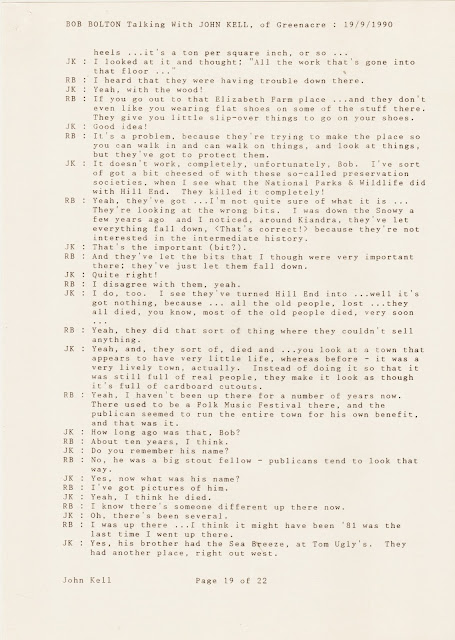 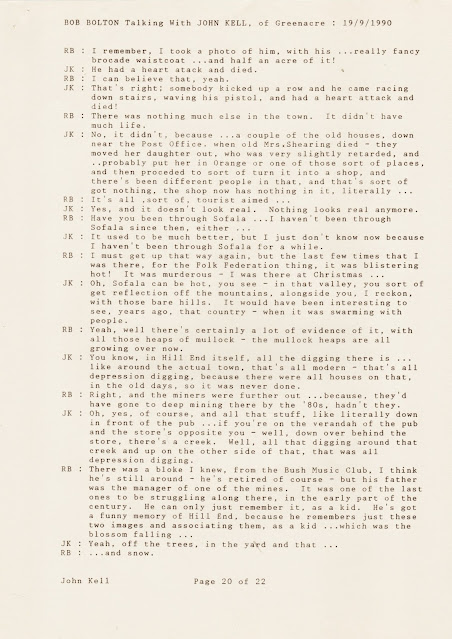 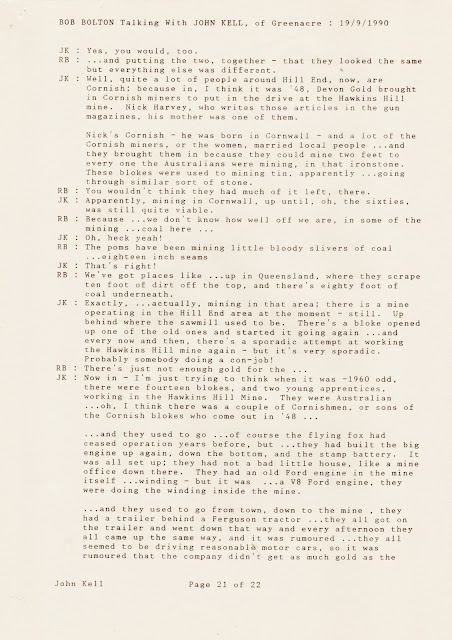 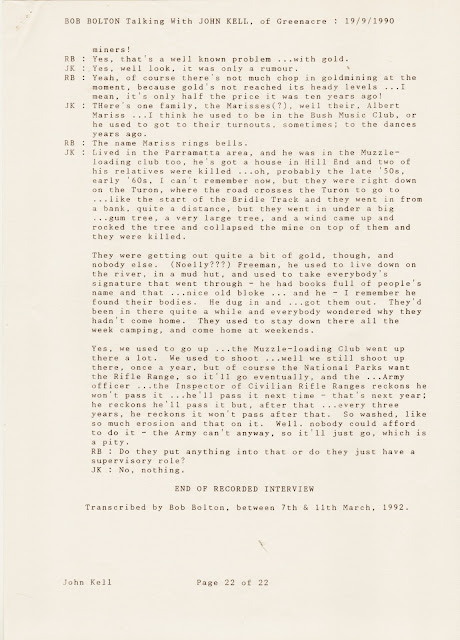