Congratulations to the following winners who were announced at our Diamond Jubilee Dinner, and thanks to all who entered. The dance results will be announced soon due to the great number of entries.

Chorus:
Time goes by, how the years they fly
And fashions may come and may go
But as long as there’s music, as long as there’s dance
The Reedy River still flows
The Reedy River still flows
In the far distant times of the Dreaming
When people first walked this land
There was music and dancing to sing up the spirits
To bring us together, every woman and man
Chorus
And from far distant lands others came
And still come to our bounteous shores
They bring stories and songs that tell who we are
And we dance round the room as did others before
Chorus
In far distant places through the bush of Australia
The song catchers tirelessly roamed
Collecting the stories and tunes of our country
Collecting the dances, the songs and the poems
Chorus
So let’s sing songs of those come before us
And let’s strike up the fiddle and bow
And let’s dance till we drop, and then sing one more chorus
So the River of Music still flows
Chorus
© Bruce Watson 2013 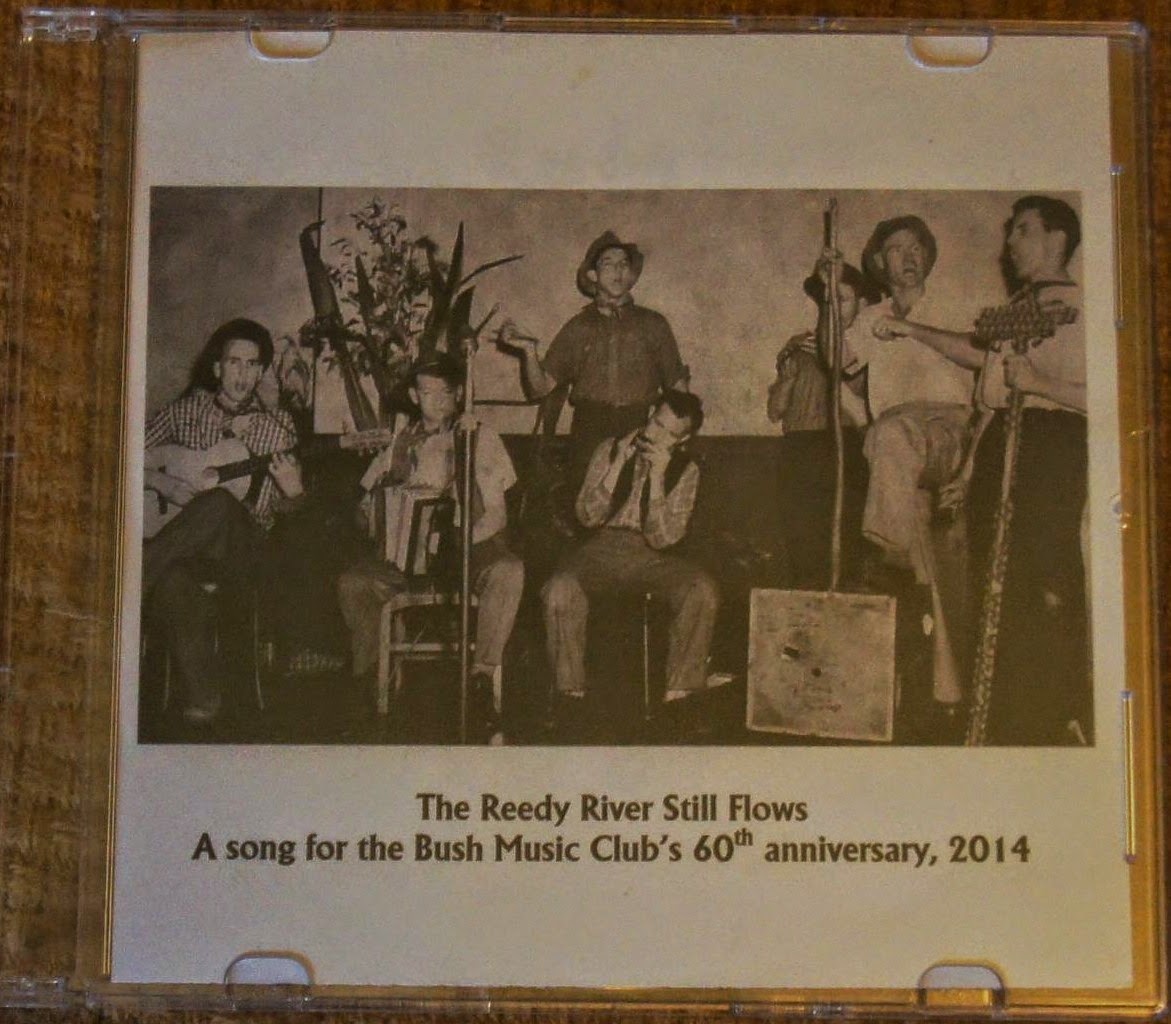 I'm absolutely delighted.  I really appreciate the BMC running this project. For me it was a great catalyst for reflecting on the Australian folk music tradition and folk revival and what it means in our culture as well as in my life.
I'm really pleased with the song I wrote, which I have now dipped into the that flowing Reedy River, hopefully adding to that tradition, keeping it strong and, like a river, constantly renewing.

Thanks to the BMC for making that happen - all power to you.

Looks like Victorians swept the pool! I'll resist any gloating about how all the great culture and creativity comes from this latte sipping town of ours! (Now, where did Reedy River premiere?)

Bruce
Bruce's website  http://brucewatsonmusic.com/  includes a link to the video of the winning song