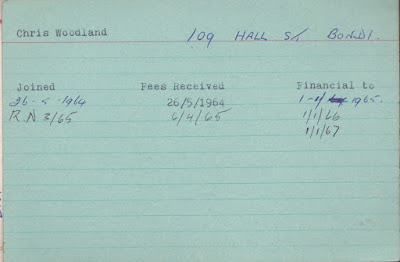 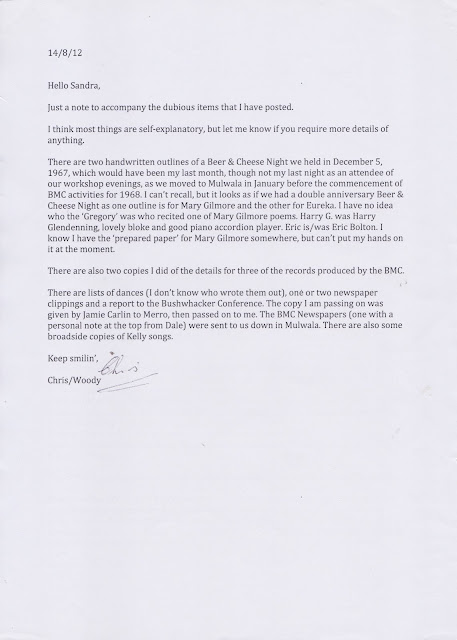 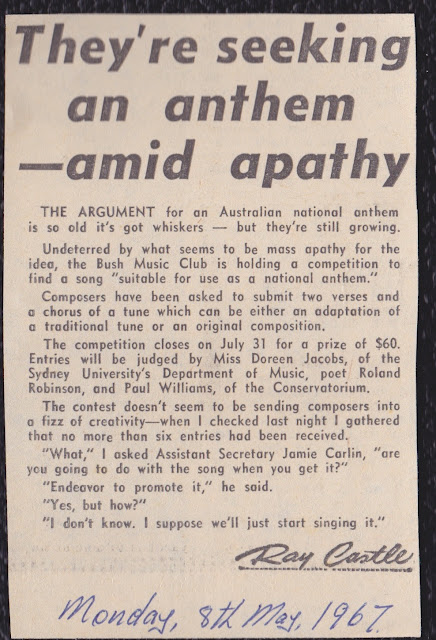 2. Newspaper clipping from an unknown paper, Monday 8th May, 1967 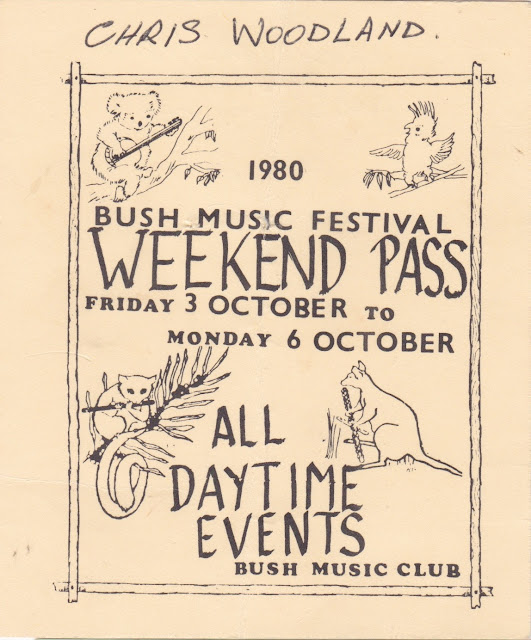 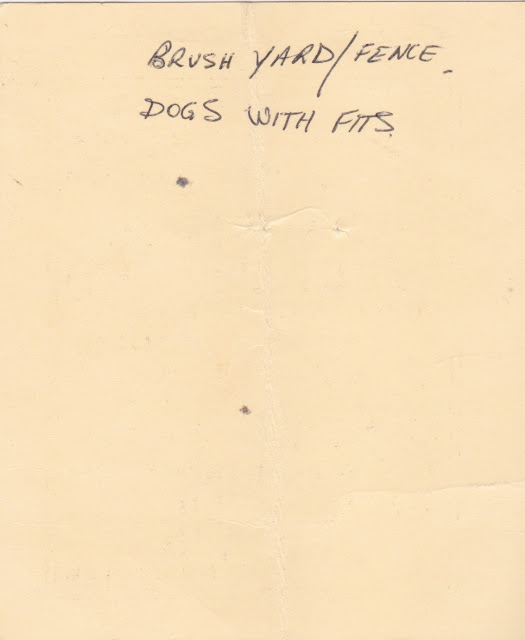 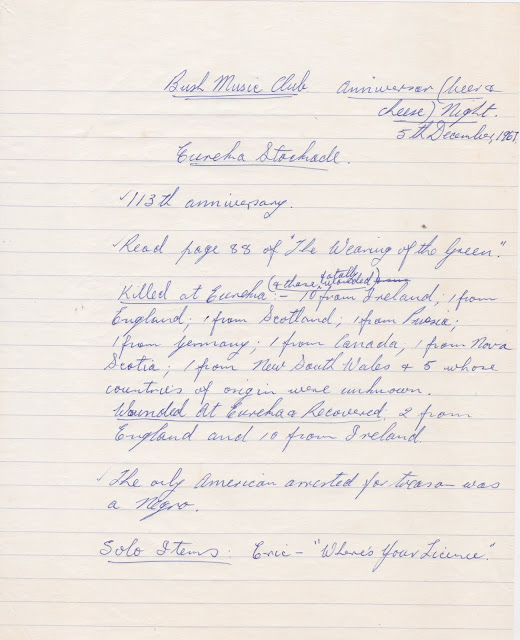 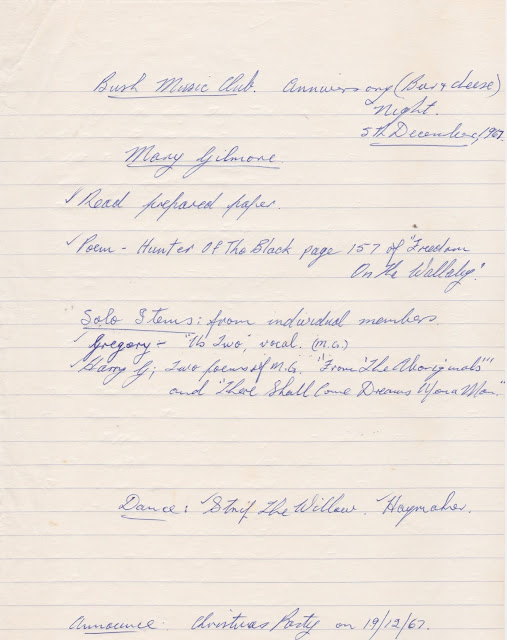 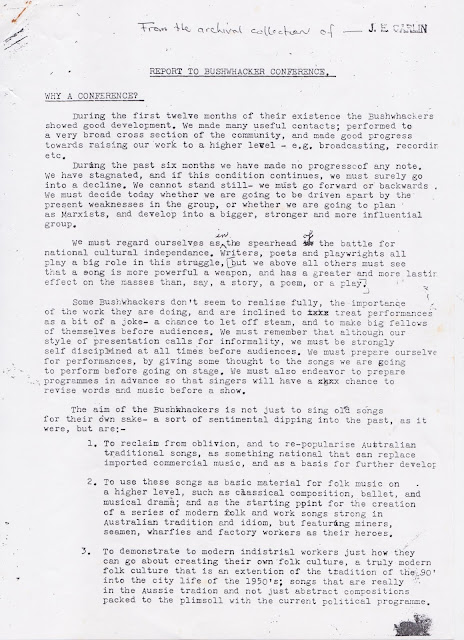 7. Report to Bushwhacker Conference, 1957 - p.1, given to John Meredith by Jamie Carlin, & a full copy given to Chris by Merro. 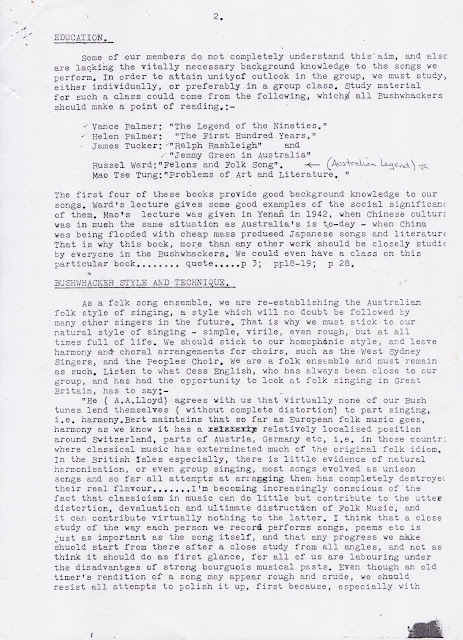 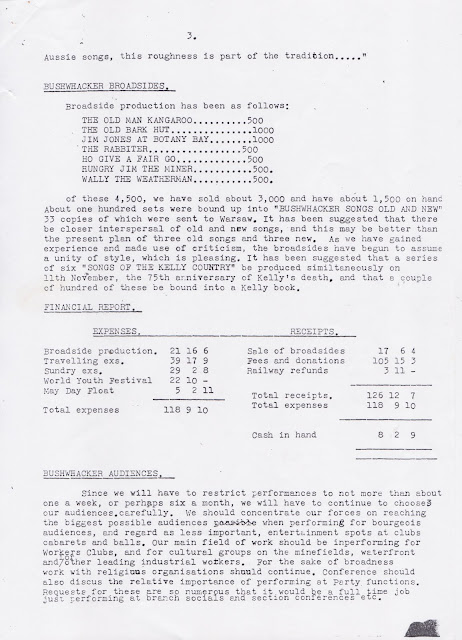 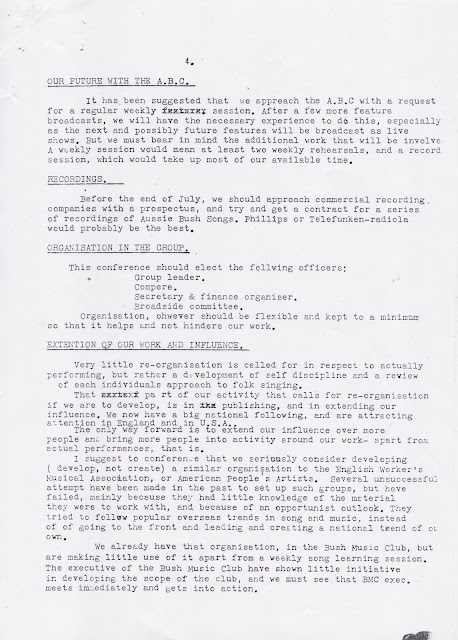 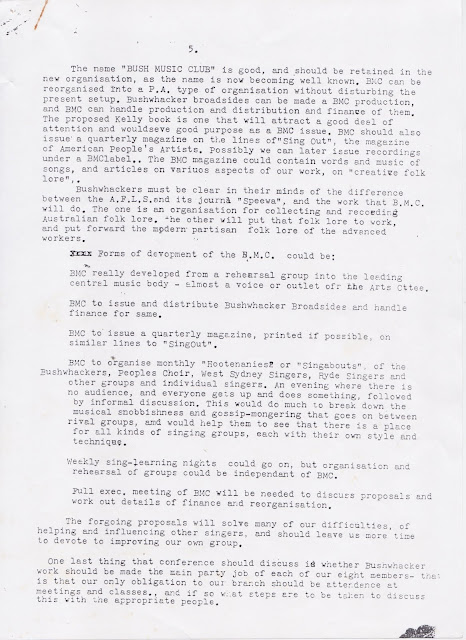 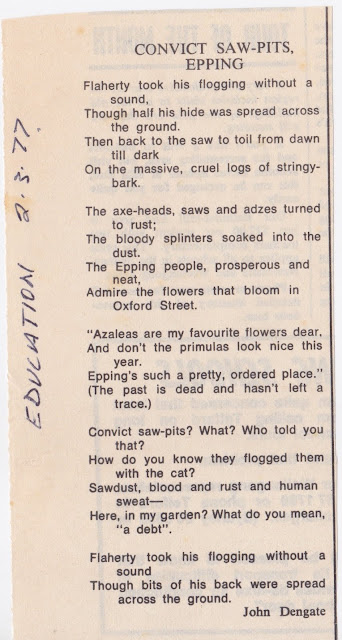 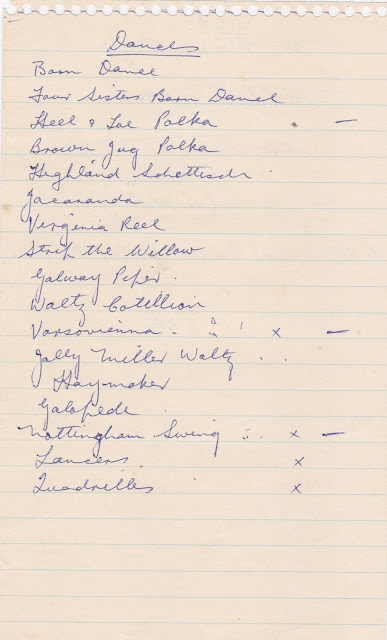 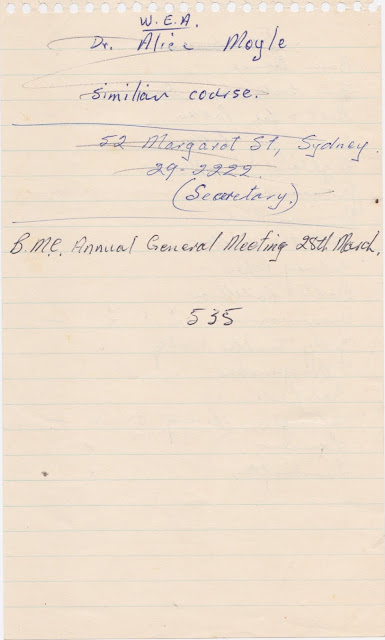 14.   Reminder about AGM 23rd March (1965) probably read at a  Singabout or Workshop just before the meeting. 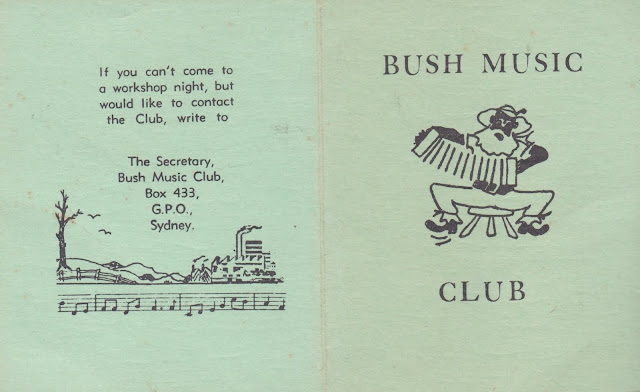 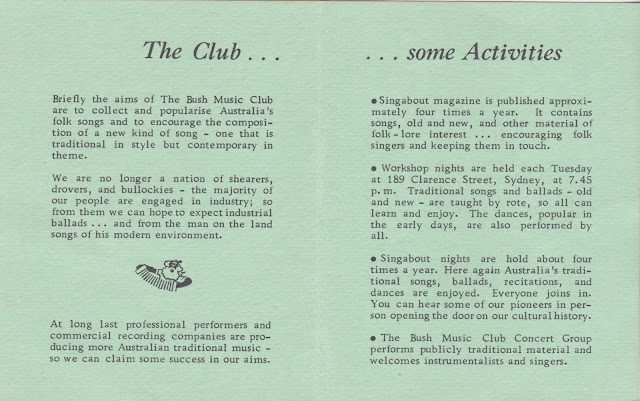 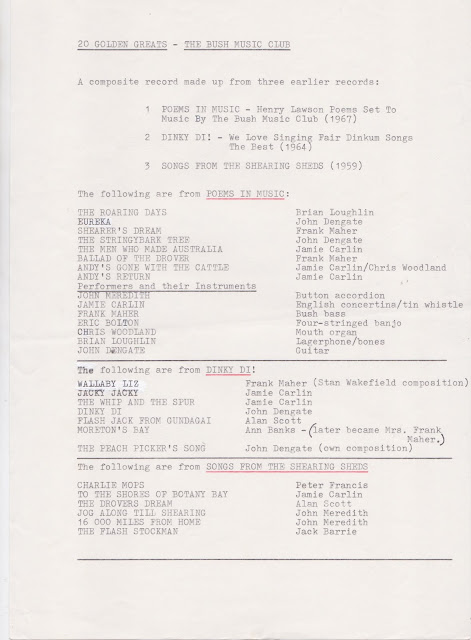 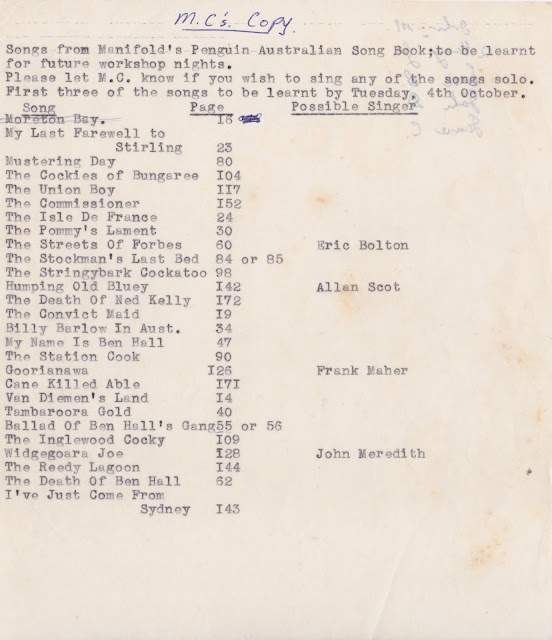 18. M.C's copy - Songs from Manifold's Penguin Australian Song Book to be learnt for future workshop nights.  1965 AGM authorised the purchase of copies of this book. 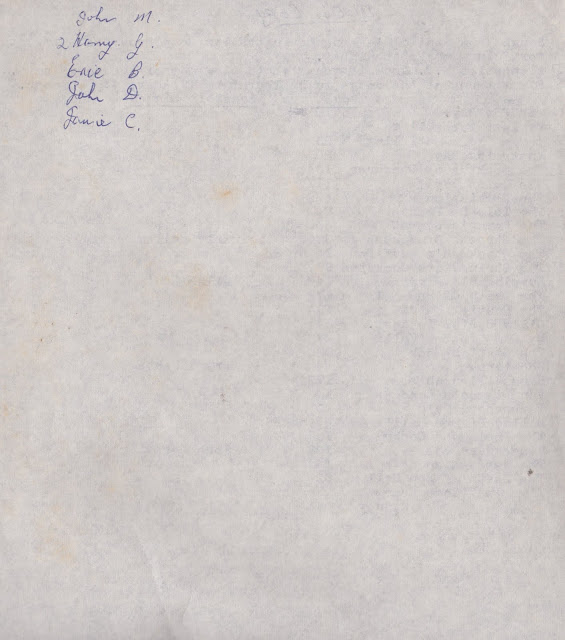 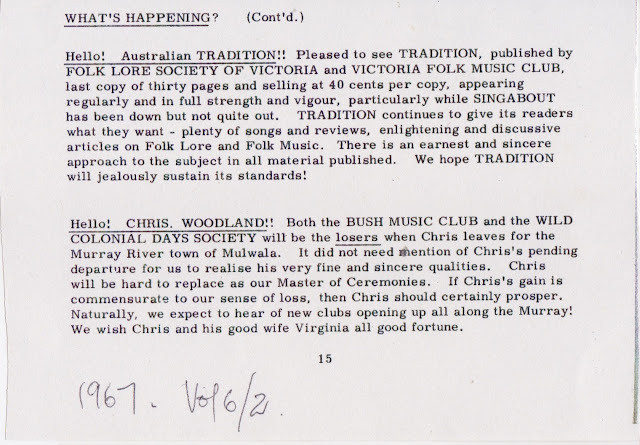 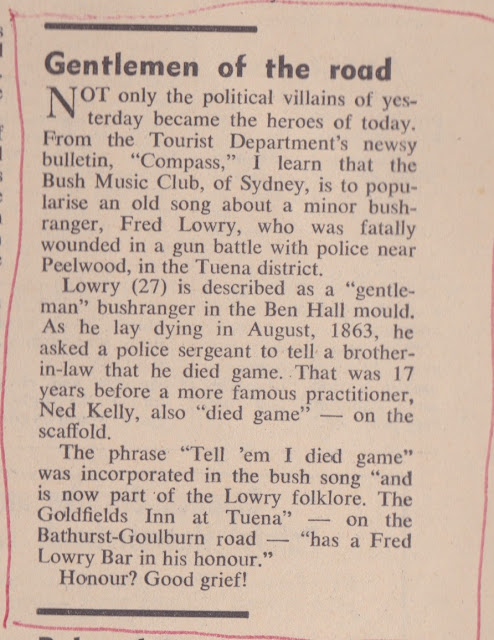 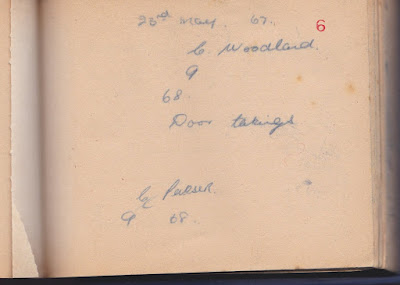 Pages from Araluen. A History through photographs, c.1840 - 2000. To honour the pioneers. From the combined albums of Chris Woodland and some long-established Araluen families. (Braidwood & District Historical Society & Museum, October 2014 ) Used with permission 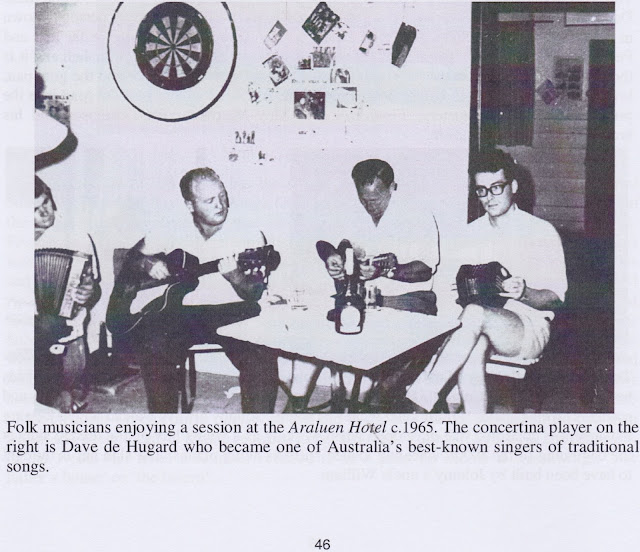 24.  page 46 - Session at Araluen Hotel, c.1965. The concertina player on the right is Dave de Hugard who became one of Australia's best-known singers of traditional songs. (photo supplied by Dave to Chris - Woodland collection) 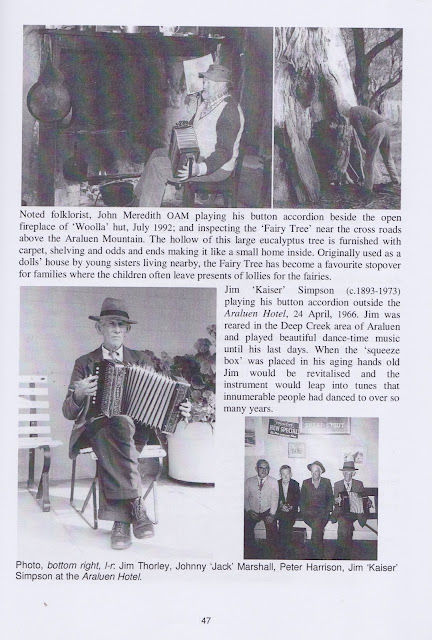 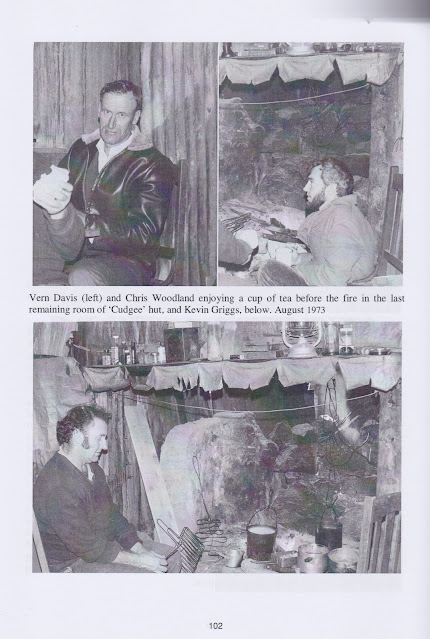 26. page 102 - top - Vern Douglas (left) and Chris Woodland enjoying a cup of tea before the fire in the last remaining room of Cudgee hut, and Kevin Griggs below, August 1973  (All the pictures on pages102 and 103 were taken with my camera. Obviously someone else took the shots with me in them, or I used a time-delay ... can't recall - Chris, October 2020 - Woodland collection) 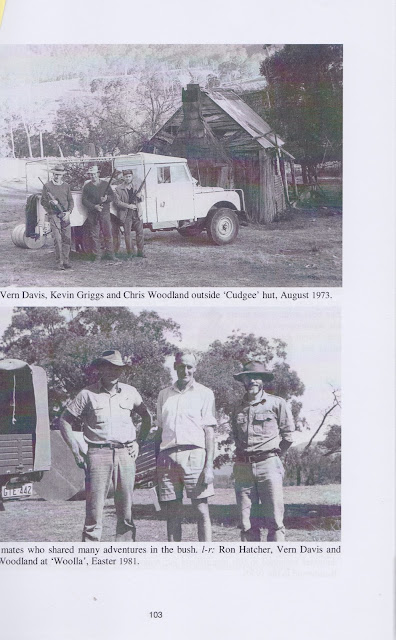