Click on pictures for full-screen image
Singabout was well illustrated by a number of talented artists from Sydney's left wing art world. 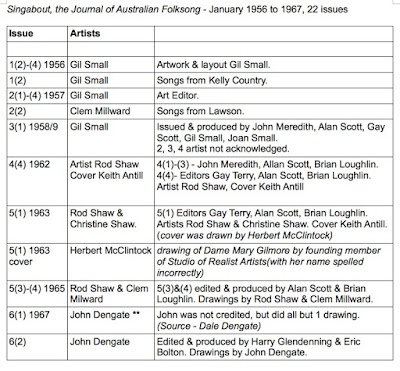 Gil was a friend of John Meredith, & might not have been a full-time artist as he had a career in the publishing field. He & his dancer wife Joan lived at Como. Jamie saw his death notice about 12 months ago.  (Source: Jamie Carlin)
Gil was a fiddler & appeared with John Meredith in a short-lived group Boomerang, 1952/53 (source: More Than a Life - John Meredith and the Fight for Australian Tradition by Keith McKenry)
=====================
Rod Shaw (1915-1992)

In 1939 Shaw and Dick Edwards established The Barn on the Hill Press at Woolloomooloo. During the war he was a camoufleur with the R.A.A.F. The commercial operations of the two partners resumed in 1945 under the imprint of Edwards & Shaw.
Shaw was a member of the Communist Party of Australia from the war years until 1956. During the same period he taught and exhibited with the Studio of Realist Art (SORA), of which he was a founder. SORA published ten regular bulletins and held exhibitions at its studio in George Street, Sydney and at David Jones' Gallery. In the early 1950s Shaw had designed the spectacular mural depicting the history of the Australian working class and the labour movement located in the Sydney headquarters of the Waterside Workers' Federation. He also conducted classes for the Wharfies Art Group. He went on to teach drawing and painting in technical colleges, the University of N.S.W, and Arts Council Summer Schools.

Papers of Rod Shaw's daughter, Chrissie, are in the Rod Shaw collection in the State Library of NSW.

Early member Jamie Carlin has a painting by Ron Shaw that he had originally given to John Meredith who left it to Alan & Gay Scott. Gay later gave it to Jamie. According to early member Frank Maher, Edwards & Shaw also did bulk print runs of blank Singabout Night posters whenever BMC needed them!

Born in Melbourne in 1929 Millward spent his childhood in Western Australia before undertaking studies at East Sydney Technical College and at the Julian Ashton School in Sydney. He won a student scholarship from the Romanian Government and studied in Bucharest. He has exhibited widely and is represented in several major collections. He was awarded the 1973 Wynne Prize.

Clem Millward received BMC's third Life Membership for his illustrations for Songs from Lawson. He is still painting and his paintings are found in many private and public collections.
(from Jamie Carlin - Clem never/rarely came to BMC, but was a friend of Rod Shaw a very famous artist who provided drawings for Singabout. )
======================

HerbertMcClintock, artist, was born on 20 November 1906 at Subiaco, Perth, eldest of six children of South Australian-born parents William McClintock, engraver, and his wife Ada Julia, née Cramond. The family settled at Heidelberg, Victoria, after a period in Adelaide. At the age of 13 Herbert was apprenticed to a process engraver. He later worked for a signwriter who encouraged his artistic talents. From 1922 he attended evening classes at the National Gallery of Victoria’s drawing school, where he was taught by Bernard Hall, George Bell and William McInnes. Fellow students included Eric Thake and James Flett.
============================
John Dengate - 1938-2013
Although John Dengate had been drawing, reciting and writing verse since he was a small lad, he started writing in a traditional style after his future wife, R. Dale Morgan took him to the Bush Music Club in 1961. Here John was influenced by John Meredith and Alan Scott, both Australian folklorists and collectors. John became an enthusiastic researcher of Australian folklore as a basis to his writing, storytelling and performances. But he was also a writer and sketcher of political satire and parodies. For over sixty years, John wrote about life in Australia and was well known for his performance at folk venues and sketches he freely gave people at festivals. (source - Dale Dengate) 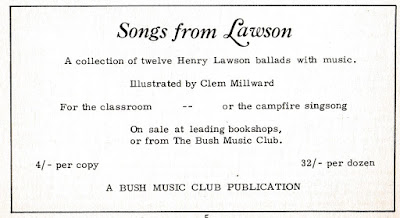 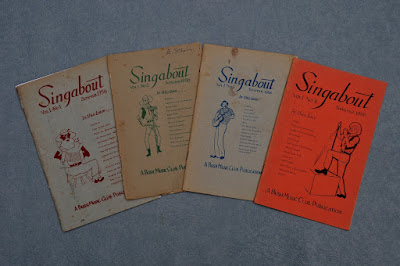 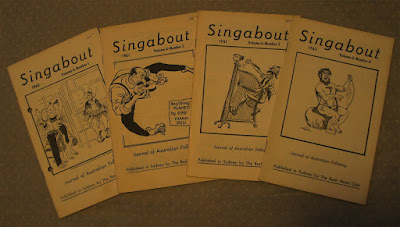 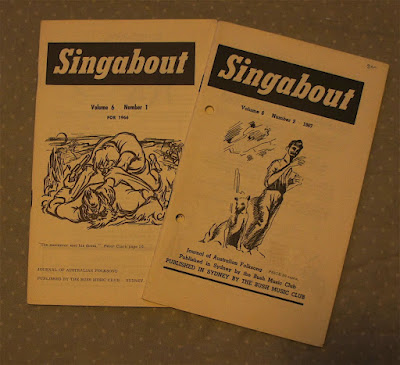 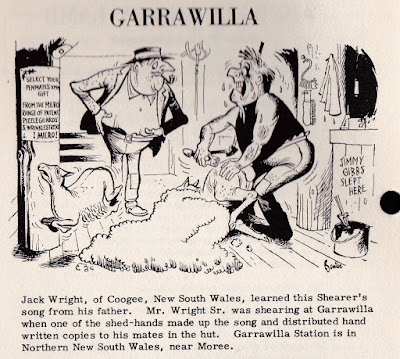 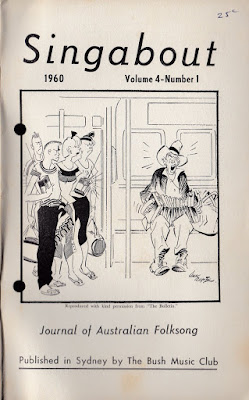 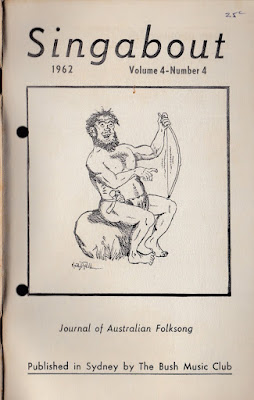 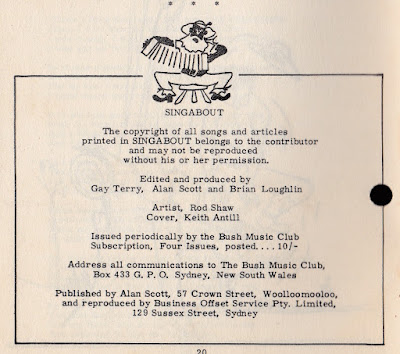 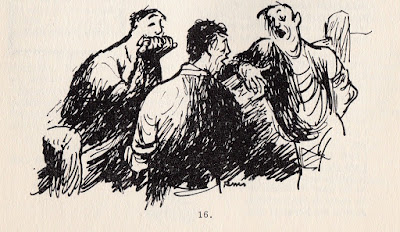 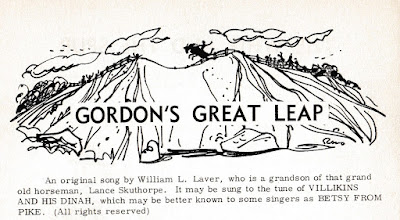 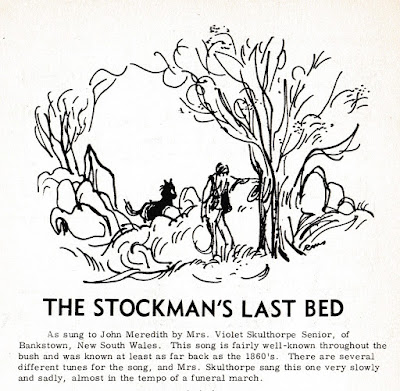 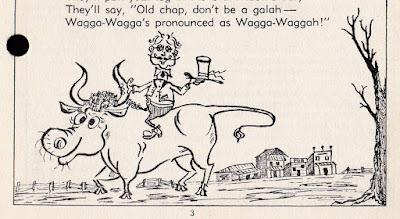 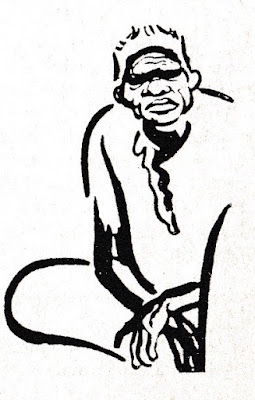 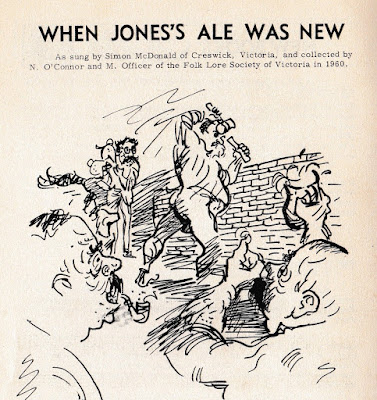 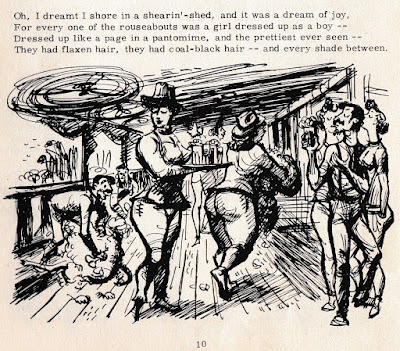 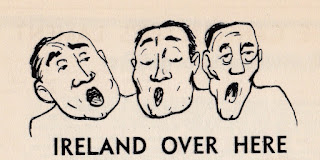 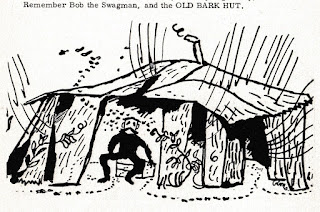 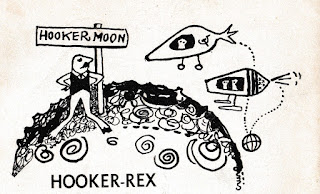 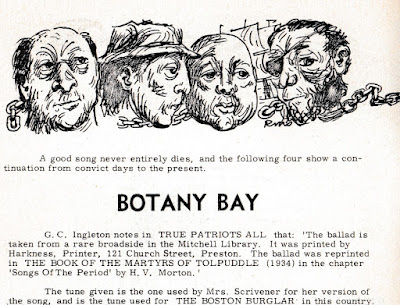 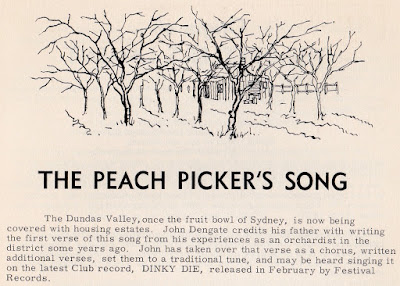 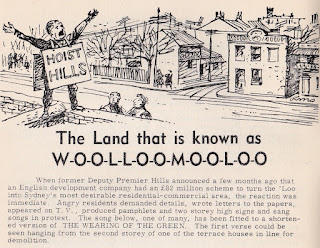 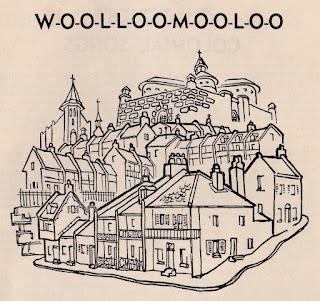 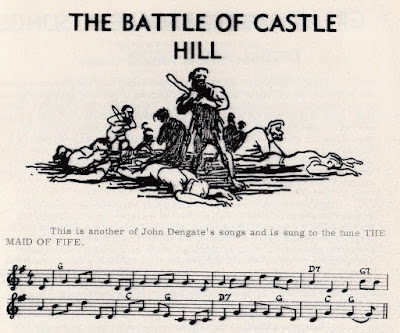 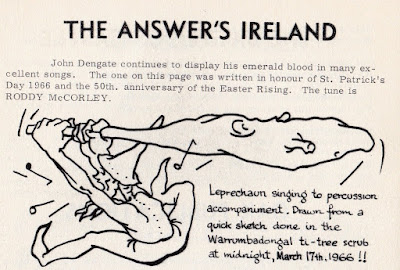 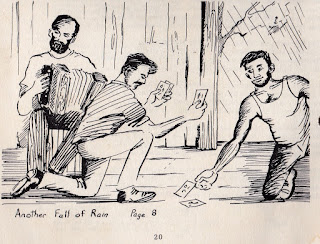 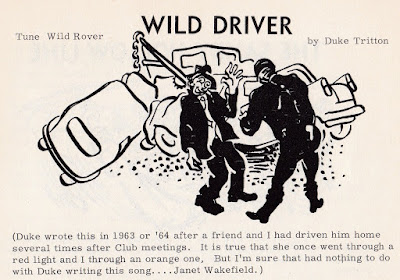