Chris grew up with bush music all around him and has attended folk festivals and music sessions all his life.  His dad, John, a long time Bush Music Club member, was a musician in The Rouseabouts, so this was Chris’s first band playing lagerphone and bush bass. He had some guitar lessons when he was young but preferred to pick out tunes on his grandmother's piano by ear as this was the way she played. He knows about music notation and can read a little but prefers to play the many instruments he has mastered by ear. 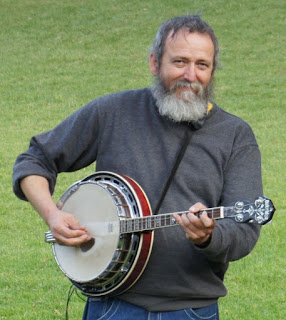 From a very early age, Chris spent a lot of time at BMC functions joining in with scratch bands and, when he was still at school, formed garage rock bands with his mates and brother and sister. Chris has played a number of different styles of music including rock and bush and spent some years as a full time musician. His main instruments are guitar, banjo and mouthorgan and he has taught these and ukulele to budding young musicians in BMC's Saplings program. 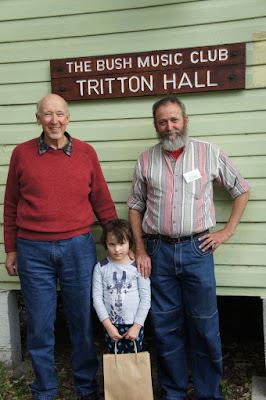 These days he enjoys playing the occasional bush band job with Southern Cross Bush Band, The BMC Concert Party and The Heritage Ensemble or recording but, at present, music for Chris is more about friendships and having fun. 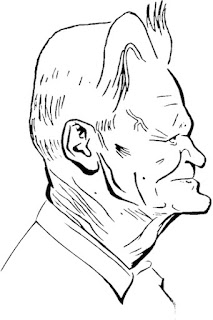 Duke's place, named after our honoured early member Harold 'Duke' Tritton (1886-1965), is the place to go once a month for a great night of Australian songs in concert and session. Duke was a powerful singer who supplied BMC with many songs he had learnt in his younger days while working as a shearer and at other bush jobs. He was also a songwriter and poet giving us songs that have entered the tradition such as Sandy Hollow Line and Shearing in the Bar. photos - Sandra Nixon