Click on pictures for full-screen image
Non-Australian songs added 22/08/19
In 1995 Chrissie Shaw, daughter of early members Rod & Fran Shaw gave us items from her parents' collections, including 2 manilla folders of song sheets, many of them undated. Dated song sheets range from 1957 to 1961. 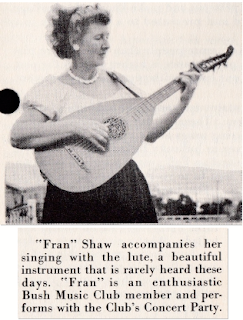 My Mother Frances Mary Shaw (nee Cottingham) was not a teacher in any official capacity. She was born on October 23 1911. She came from a theatrical and musical family. Her father would not let her go to University even though her godfather had offered to pay the fees, so she went to secretarial school. I know that she worked in a radio station, might have been 2SM or 2GB. She was an amateur actor, at the Genesians Theatre Company in Sydney. She also sang, and studied singing with Paul Williams (along with my Dad Rod). She met my father when she was modelling for artists in a studio in George Street. They married in Windsor in 1939.


She then became a homemaker, but continued to sing and play guitar and/or lute. She was involved in The New Theatre, directed a play I believe. Through the first Sydney production of Reedy River, Fran met John Meredith and other members of the band that played in that production (Harry Kay, Chris Kempster, Alec Hood (later Alex), Brian Loughlin, Jack Barry, Alan Scott etc) and joined the Bush Music Club, I believe around 1954 or so.
She and I (as a child) went to the monthly meetings in the rooms under the approach to Sydney Harbour Bridge and she joined the concert party. We attended the bush dances that were put on at the Trocadero and other venues.
Mum was a very keen scholar and performer of folk music, from different lands but mainly the Australian music, and she gave workshops, yes, at the National Fitness camps among other venues. 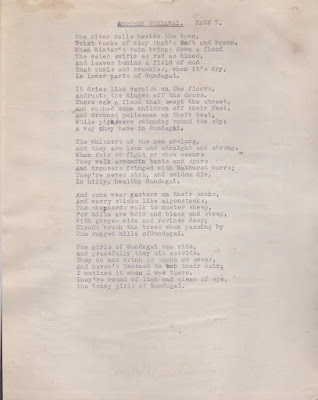 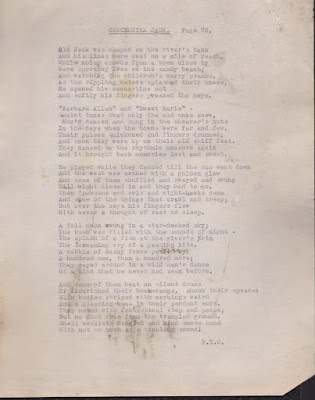 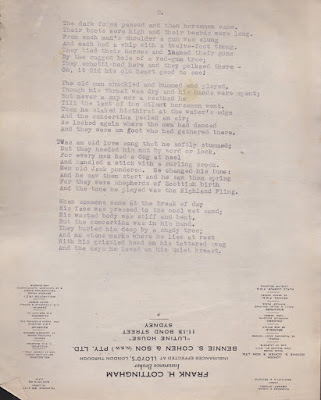 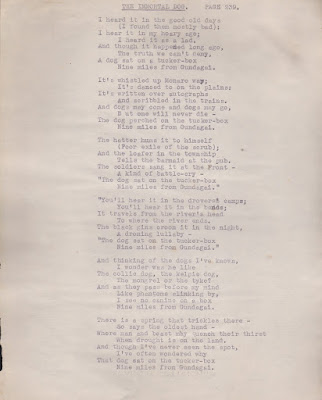 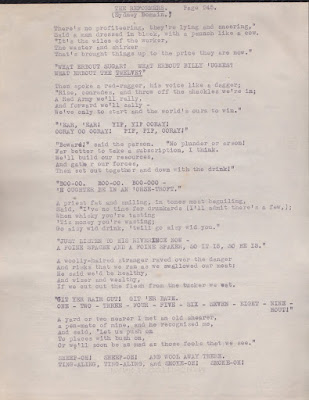 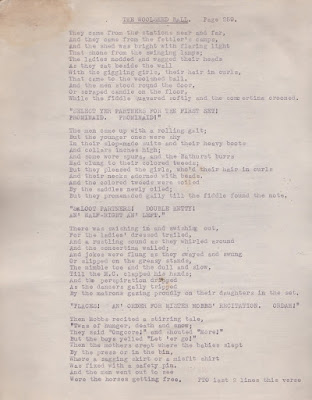 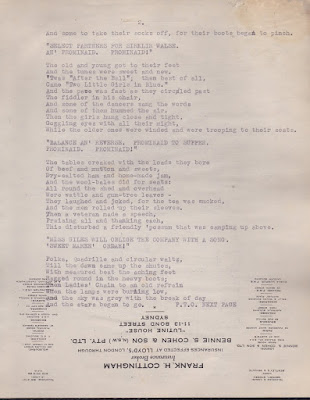 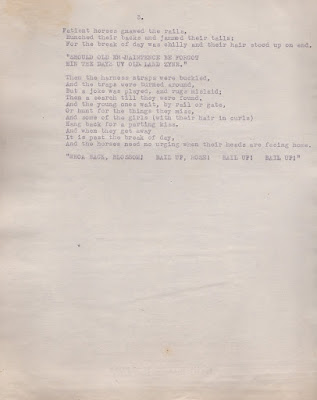 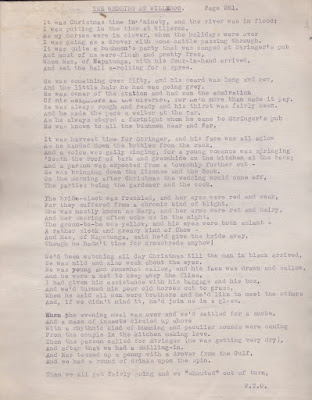 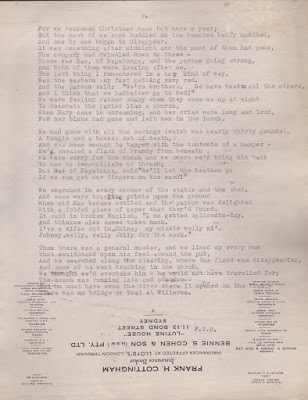 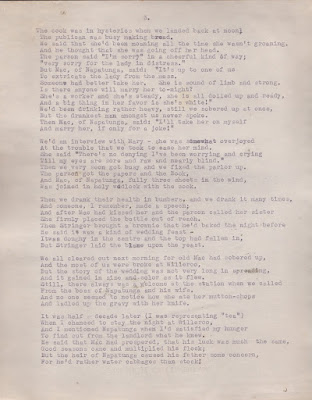 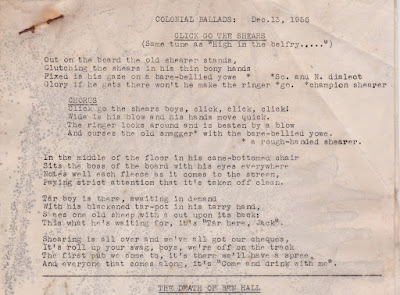 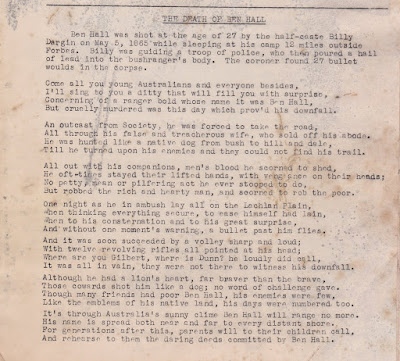 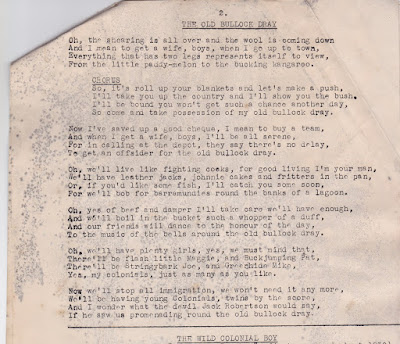 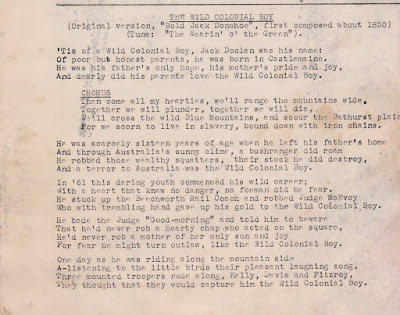 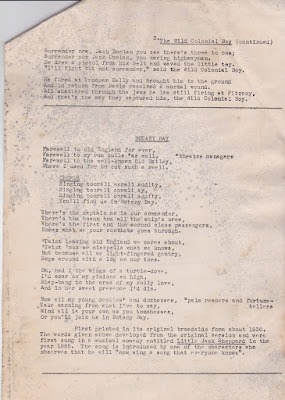 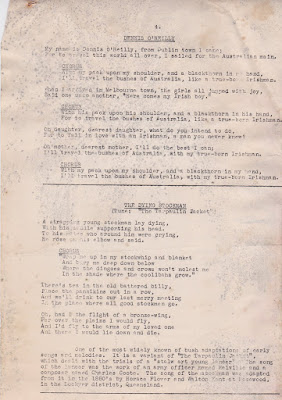 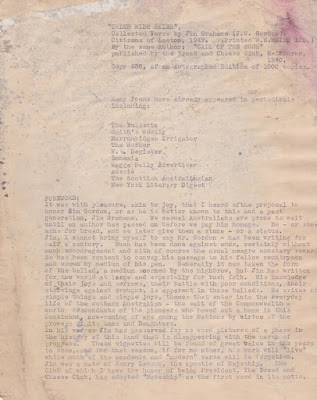 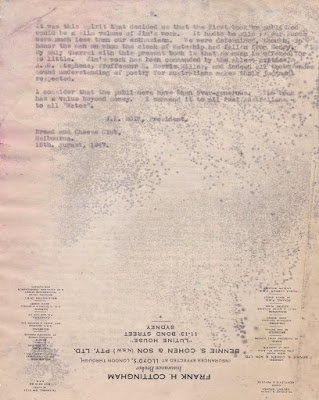 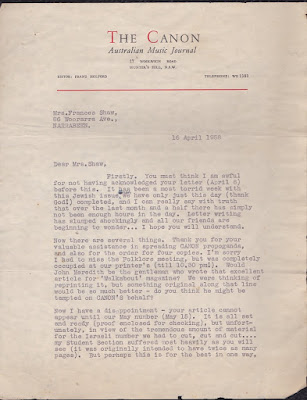 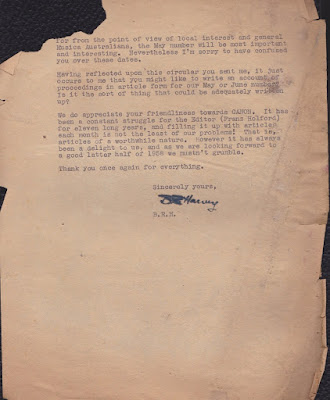 "My Mother said I never should ..." by Ian Turner, with contributions from Mr. Alan Scott and Mrs. Fran Shaw of Sydney, Mrs. Ann Waters of Canberra, and Mr. Bob Michell of Brisbane. 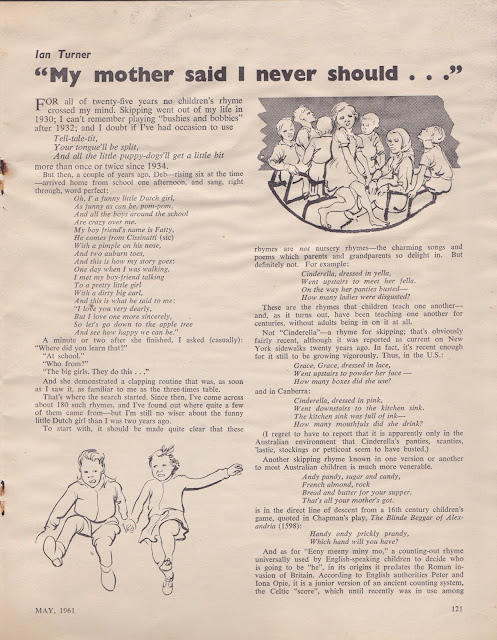 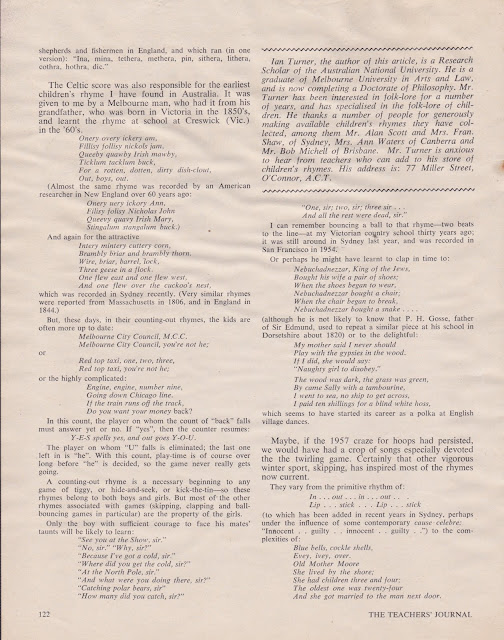 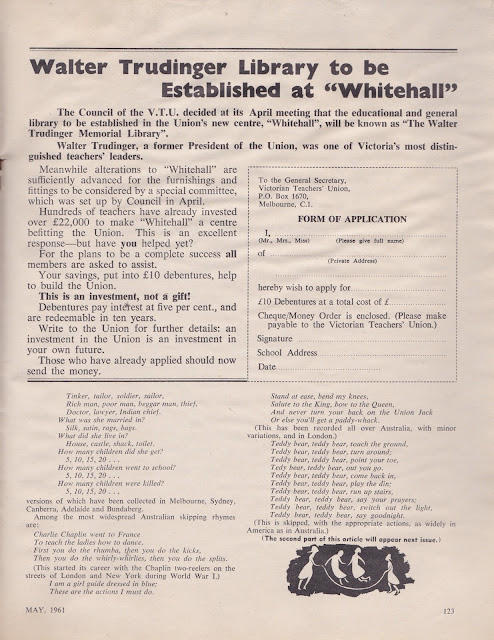 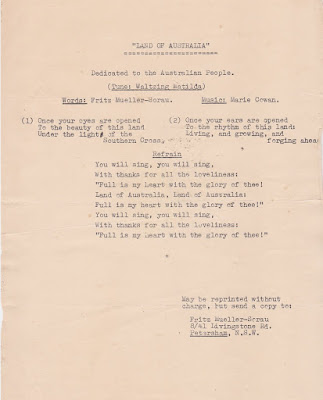 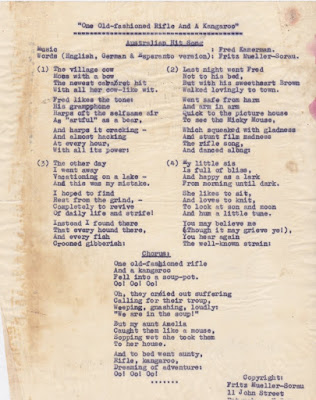 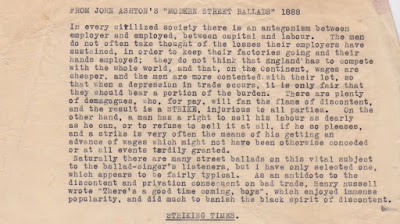 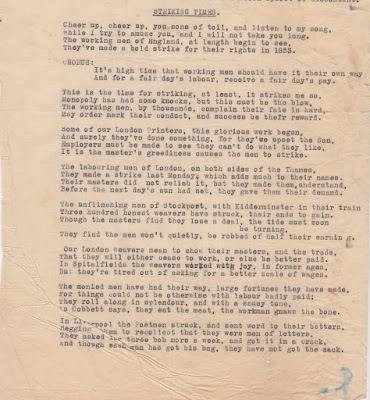 
Fran Shaw Collection - Other songs (not Australian), typed  - Listed but not scanned

"HAVAMAL" from the Elder Edda of Scandanavia (10th. Century)
https://en.wikipedia.org/wiki/H%C3%A1vam%C3%A1l

Most Noble Contessina I salute you. Believe me your most devoted servant ...
http://www.dayspring.org.au/2014/05/there-for-the-taking/

AN ERISKAY LOVE LILT - sung by The Seekers & many others
https://www.azlyrics.com/lyrics/seekers/eriskaylovelilt.html

ALL THROUGH THE NIGHT
many versions https://en.wikipedia.org/wiki/Ar_Hyd_y_Nos

DOWN IN THE VALLEY
https://genius.com/Pete-seeger-down-in-the-valley-lyrics

ON TOP OF OLD SMOKEY

Frederick Amiel - extract from A Library of the World's Best Literature - Ancient and Modern - Vol. I (available on google books) An argument for the folk song (written in pen & ink)