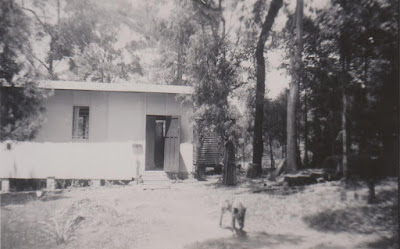 By June 1953 they had gathered a few more members & called themselves The Bushwhackers.They appeared in Reedy River (1953 & 1954) & became famous, which led to them forming the Bush Music Club in October 1954 to cater for all the people who wanted to join their band. 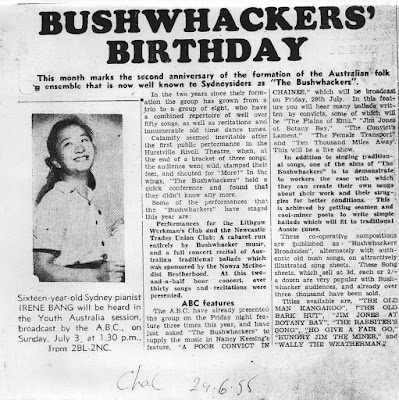 from Cecil Grivas, Bushwhacker - Cecil was 2nd editor of Challenge which was associated with EYL, Harry Steam was 1st editor, & it  was the only other paper apart from Tribune which published information about BMC in the very early days. Cecil did a crash course in journalism & wrote articles in Tribune. (4th August 2018)

from Alex Hood, Bushwhacker - Alex was a First Grade cricketer, a fast bowler & footballer & was Sports Editor of Challenge. He sold copies with Paula Boch at sports fields. (7th Dec 2019)