From the Archives - Margaret Walters collection ... when the BMC theme nights moved to Tritton Hall, I became involved in running those “Folkus” nights every month for about 6 years. I would select a topic, choose an artist/s to do about 30 minutes on the theme and plough through my songbooks seeking out as many relevant songs I could find. It was a wonderful way to learn a lot of material. I remember a night of songs of coal with Bob and Margaret Fagan.

Margaret only kept her preparation & publicity notes between February 1983 & April 1984, and selected pages are posted below. One of Bob Bolton's music folders included his preparation for April 1984 Folkus night so those pages are also included. 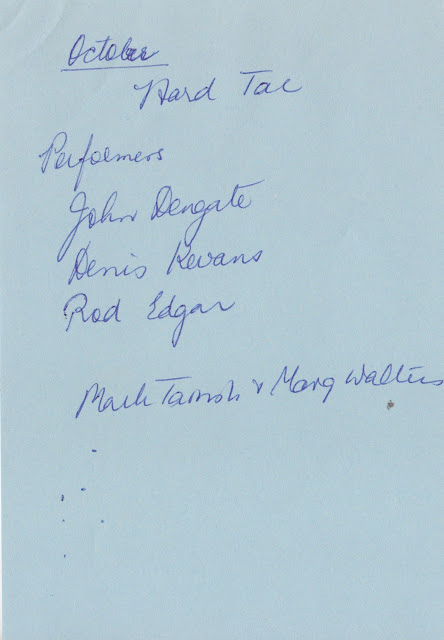 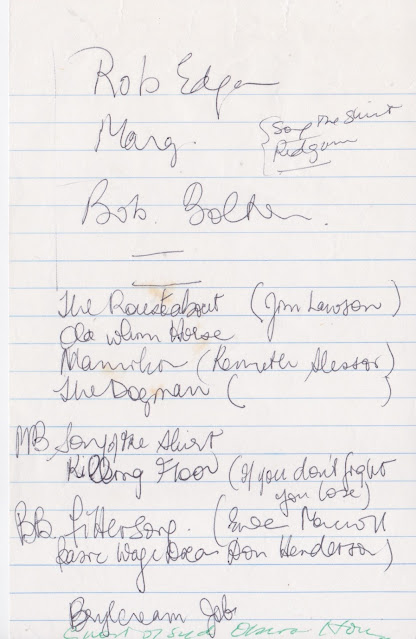 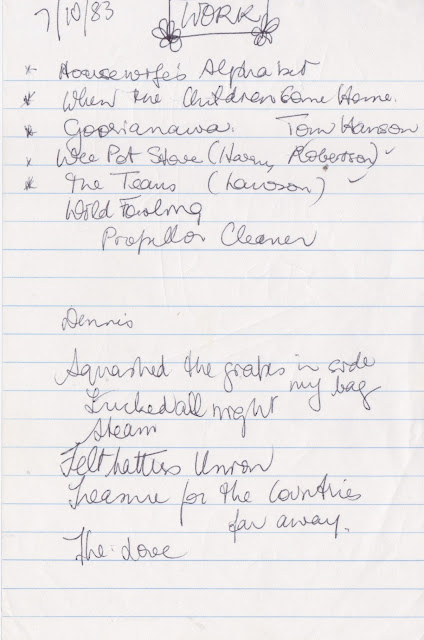 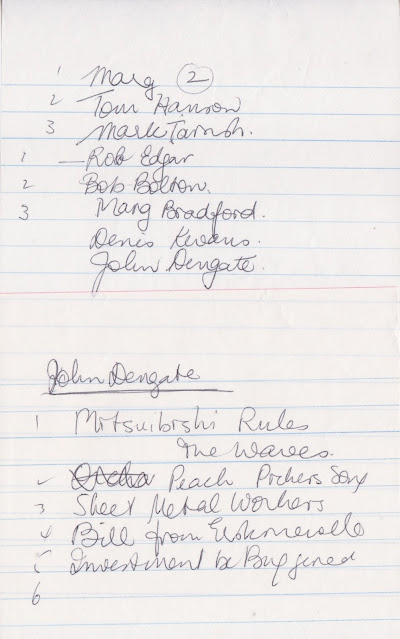 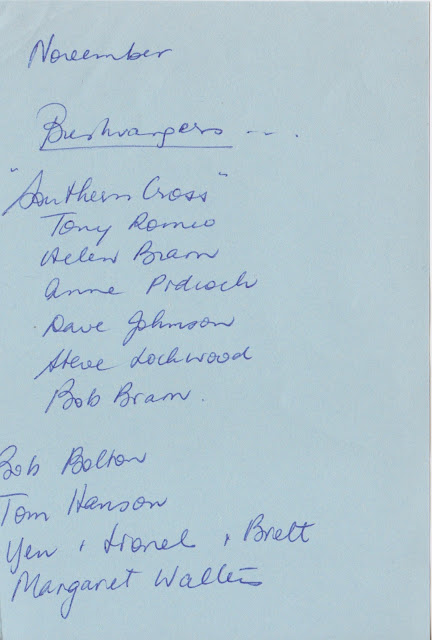 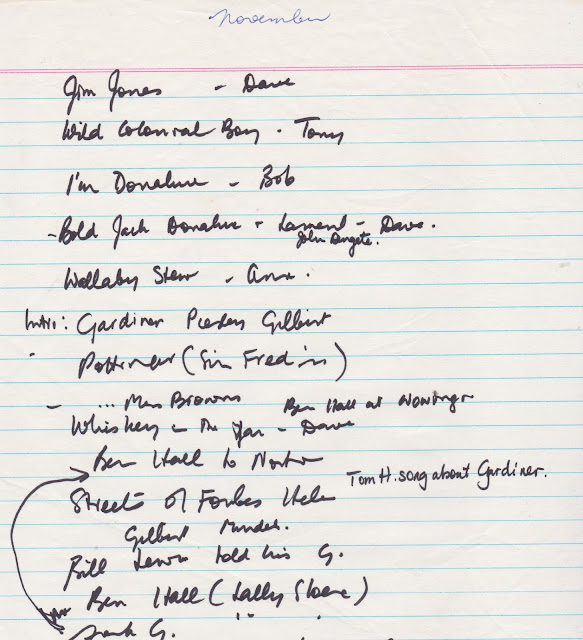 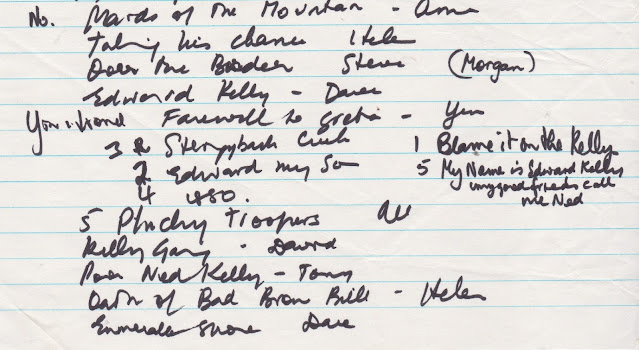 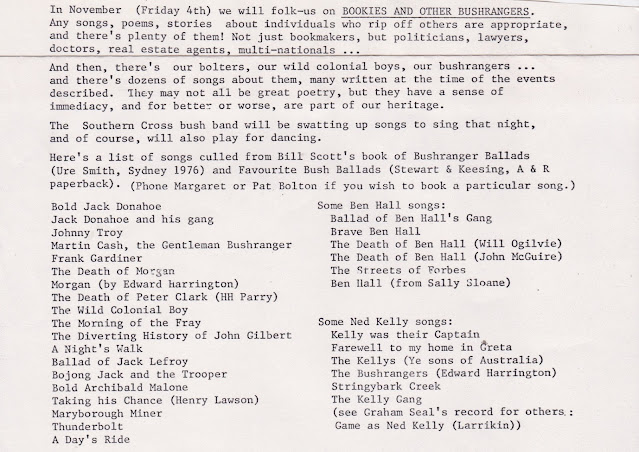 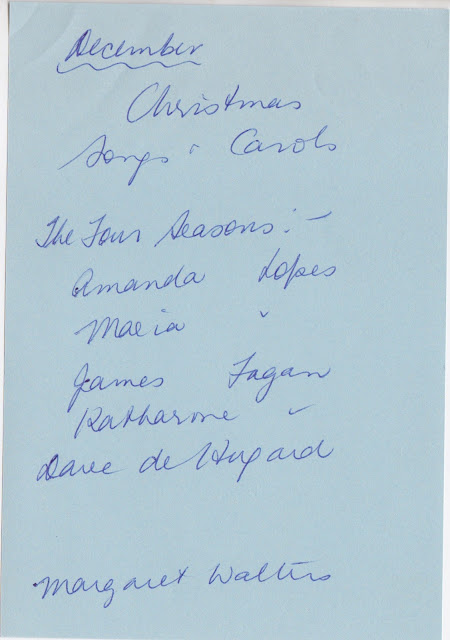 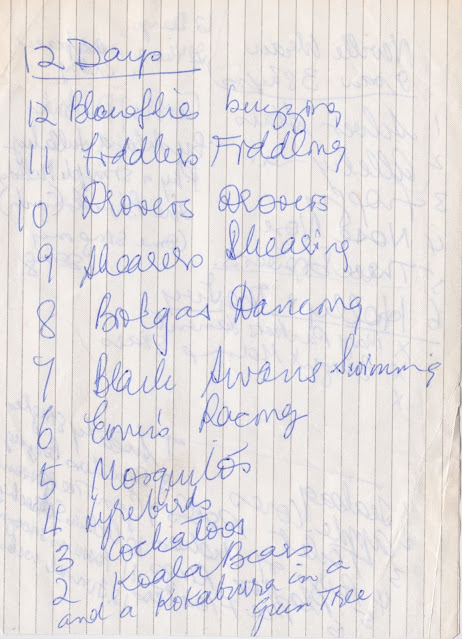 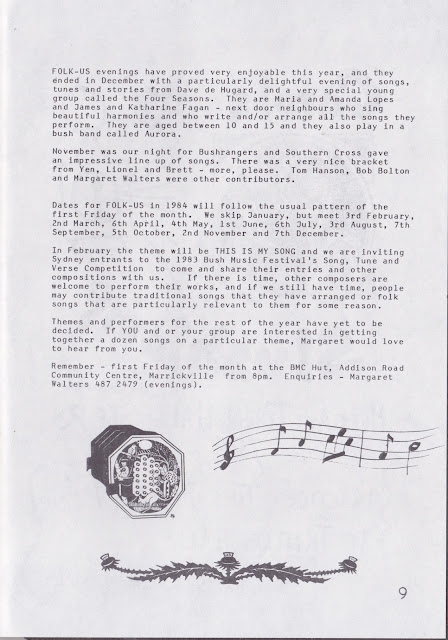 February 1984 - This is My Song, with the Sydney entrants to the 1983 Bush Music Festival Song, Tune & Verse competitions. 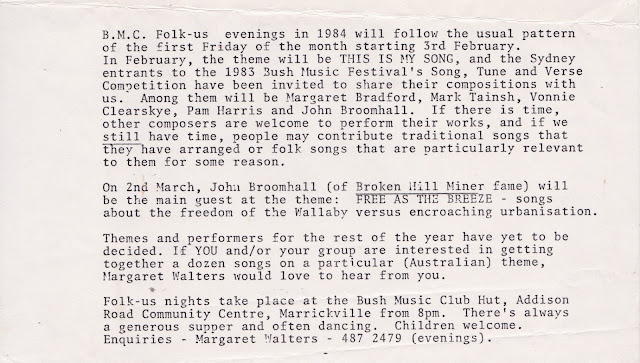 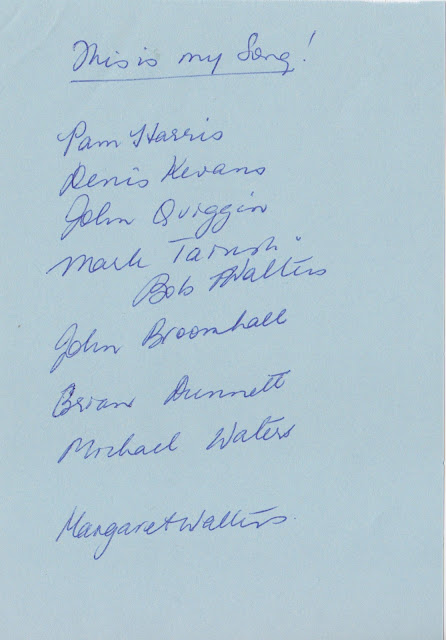 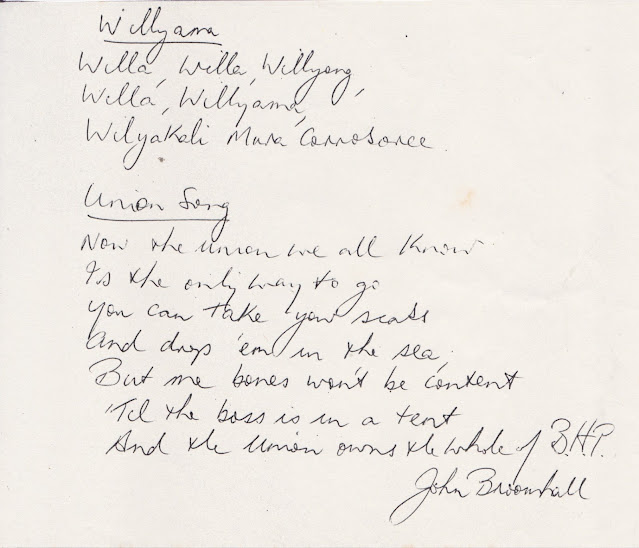 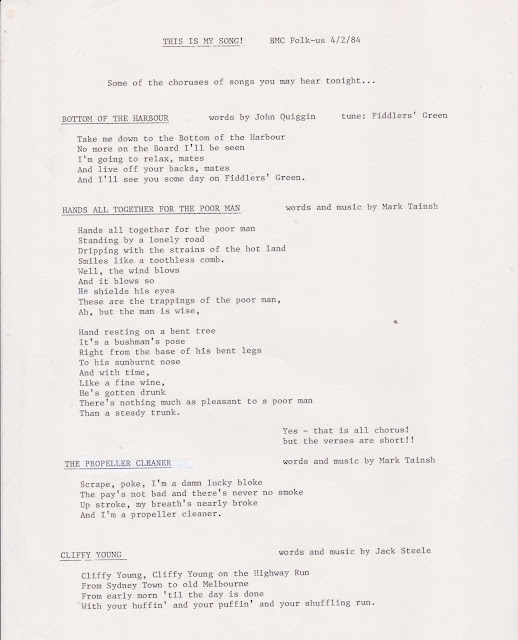 March 1984 - Free as a Breeze with John Broomhall 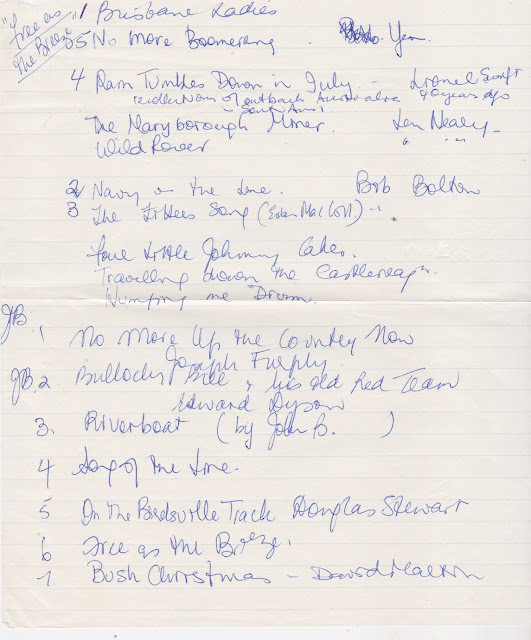 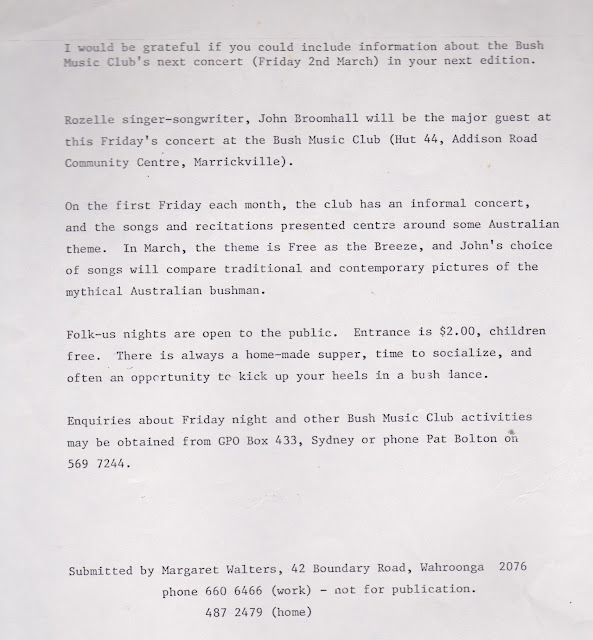 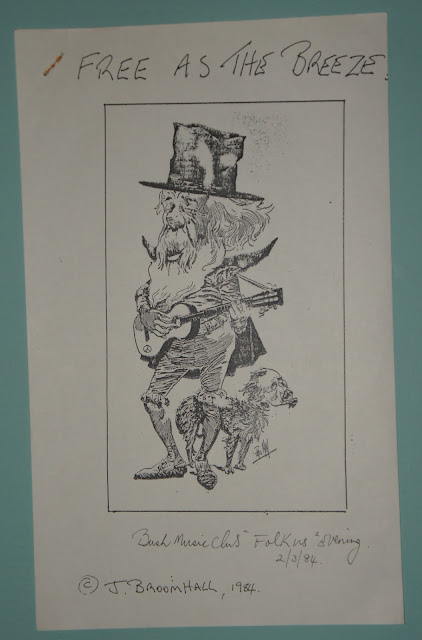 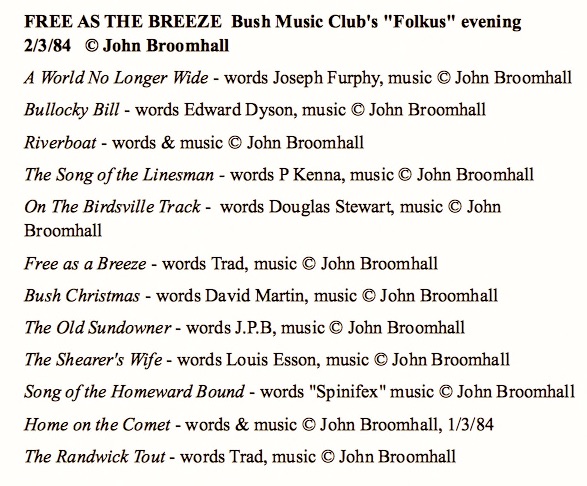 April 1984 - Drink to the Country & Dance with Selectors Bush Band 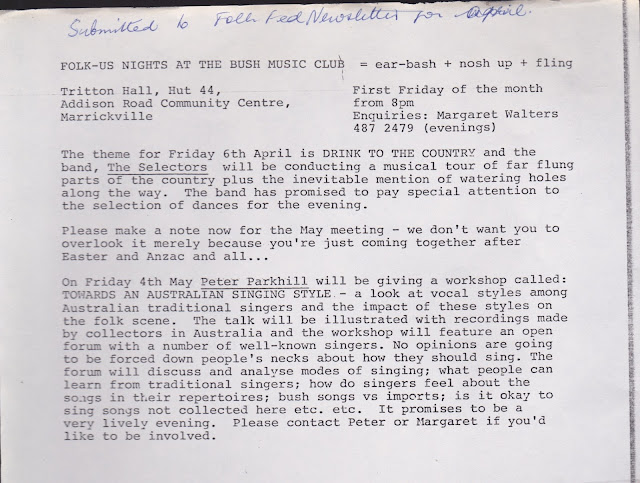 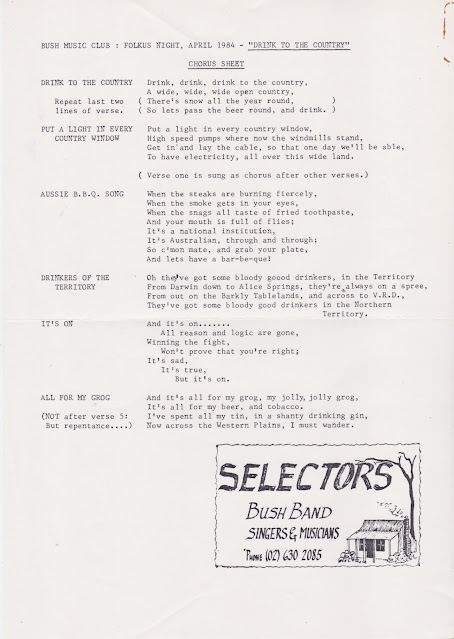 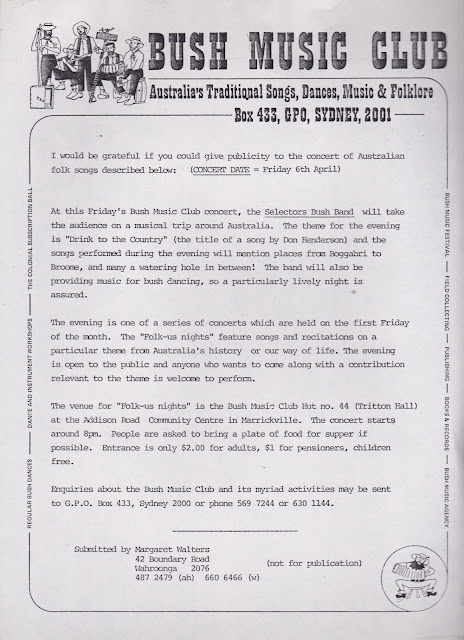