From the Archives - Forum for Folklore Collectors, University of NSW, 4-6 December 1987.

Thanks to Keith McKenry for identifying the photos, email 17/02/22

The event was a forum for folklore collectors held at the University of NSW on 4-6 December 1987. The forum was organised by Dr Jill Stubington, lecturer in ethnomusicology in the university's Music Department. Jill later edited a report of the proceedings titled Collecting Folk Music in Australia, which was published by the University in 1989. 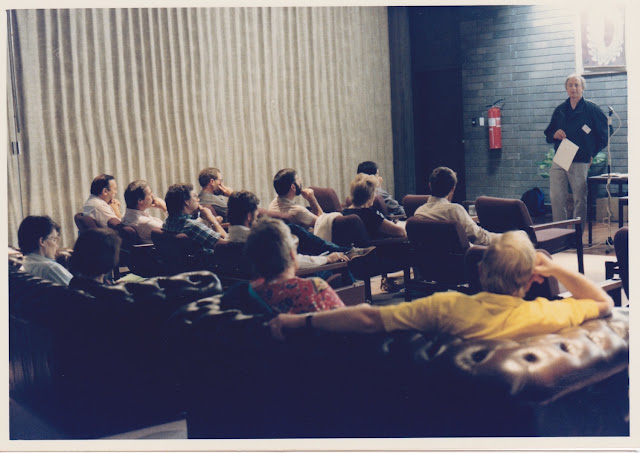 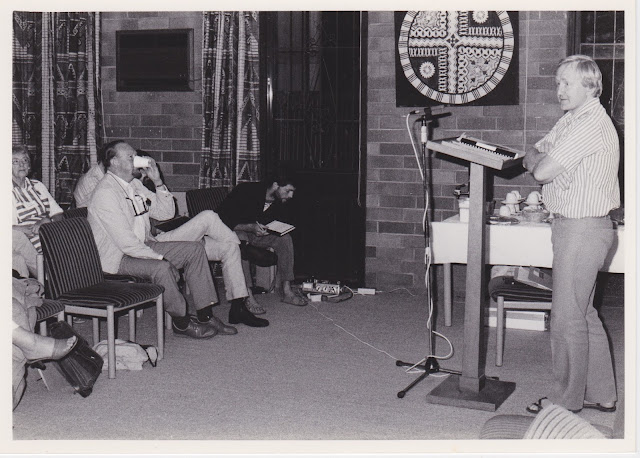 The second shows me giving an update on the Folklife Inquiry, whose report was then at the printer 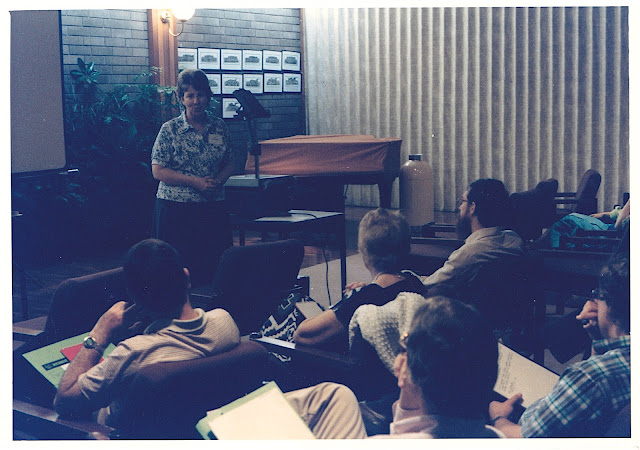 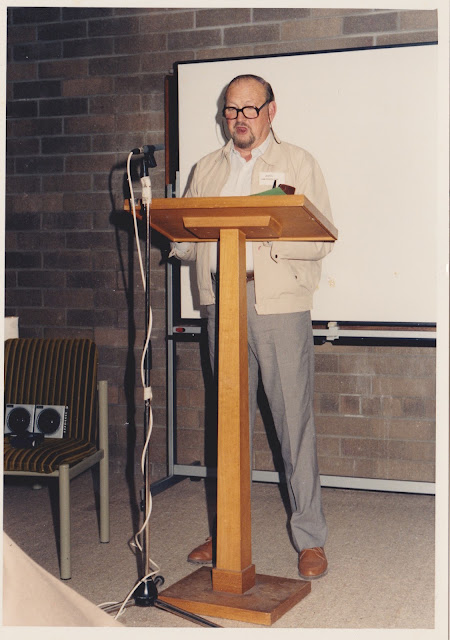 The final two photos are of John Meredith delivering the keynote address. In all there were 26 participants. The forum was made possible through a $10,000 grant from the Australia Council's Music Board.

A copy of Jill Stubington's report Collecting Folk Music in Australia. Report of a forum held at the University of NSW, 4-6 December, 1987, in our library.