Click images for larger size.
The History of the Woronora Bush Band  by Kate Hannah
The Woronora Bush Band was formed during the year of 1979. The original band members were Malcolm Clapp, Pat Guest, Barry Guest (his brother) and Brian Crawford. Brian Crawford played the guitar, the spoons & was the lead vocalist. Pat Guest played the banjo, the tin whistle and sang. Barry Guest played the lagerphone, the tea-chest bass, the bones and sang. Malcolm Clapp played the accordion and also sang. The band played at a number of venues around the Sutherland Shire and sometimes in the city. They enjoyed playing the music tremendously and during the dances loved watching others get a great deal of enjoyment from their music. 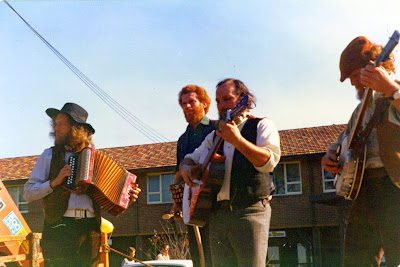 During 1980 Barry Guest decided to move to the “bush.” The band needed another band member, so when asking around, they came across a friend of a friend. Max Mapleson had taught himself the mouthorgan, could play the tea-chest bass and sang beautifully. He had grown up on a farm in his youth so he already knew many bush songs and was eager to learn more. Max could recite many of Banjo Patterson’s poems, had played on stage before and played a wide variety of music. He was a great fit for the band as Barry’s replacement. Max loved playing the double bass and the mouth organ and singing in this great bush band. He also made a very intricate lagerphone which he loved to play in the band. He was very proud of this instrument and many people commented on the incredible sound it made and how Max almost “danced” while he was playing it. 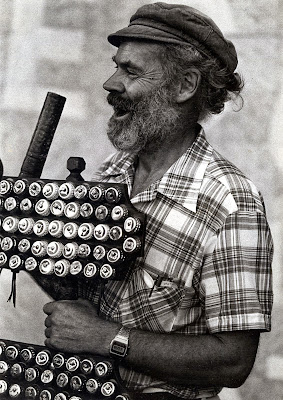 Malcolm Clapp usually arranged the gigs for the band and he arranged them to play at a variety of venues both in the Sutherland Shire and in the city. They played at Taronga Zoo, many times at the Balmain Town Hall and the Argyle Tavern and were regulars at the Wilton Winery. The band was asked if they wanted to take it on “professionally” but they all decided to decline that offer. 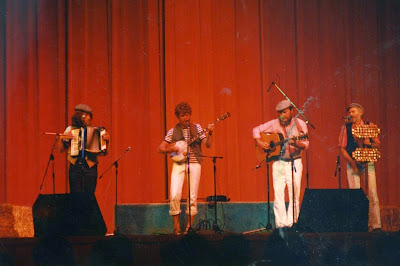 Yvonne O’Grady who played the accordion, replaced Malcolm in 1982 and the band continued to play together as a four piece band until 1985. Max was replaced by Gary Howes who played guitar but also adapted easily to lagerphone and mandolin. Pam Gainsford (the caller) left the group around early 1985 and joined the Ryebuck band. Gary then became the main caller and both Pat & Yvonne filled in with some of their own selections at times.

In 1986 Malcolm returned from the UK and persuaded Brian to go as a duo doing daytime gigs. Pat left soon after, as did Gary. Yvonne moved on to be the dance caller for The Reivers, a Scottish band that played regularly at the Wilton Winery. Again the band had a resurgence of enthusiasm and enjoyed playing at many venues. After another year it disbanded and all band members remained friends for many years.

Yvonne and her daughter went to the Brisbane Expo in 1988 and had a huge coach accident that put Kath in hospital for almost 3 years and confined them to Queensland until the end of 1996. Not long after that Brian Crawford succumbed to asbestos disease and he passed away in 1999. Pat and Barry Guest live in Wingham and enjoy a quieter lifestyle in the country. Max Mapleson passed away in 2002 from cancer. Pam Gaimsford (the caller) now lives in Melbourne.

Yvonne and Kath can be seen often playing for the Bush Music Club's various functions. It is a delight to see them still enjoying the bush music scene after all these years.

Between 1980 and 1981 Max decided to build a lagerphone that he would play in the Woronora Bush Band. The other musicians played a variety of instrument in the band and Max was proud that he could also add his musical talent to the band. He was teaching himself the double bass, could play the tea-chest bass, the mouthorgan and sing but he wanted another instrument to make the band even more interesting. Max possibly felt it was a required item for a bush band. Whatever the reason, he set to work and built his lagerphone in a large shed at his Cronulla home using many gold studs. He completed it using decorative and quite elaborate leatherwork. (His wife Pat assisted him by offering beer to all those who visited the home and the bottle tops were collected to then be attached on the two big boards of the lagerphone.)

Max was able to build almost anything with wood and leather. He loved making things and had built tables, bookshelves, magazine racks, bellows and many other household objects which were intricate and extremely sturdy and practical so building a lagerphone was not too challenging. Max branded his name using his blacksmithing skills, in the back of the top board - which was quite unusual as he was a humble man and didn’t advertise his skills to many. He was very proud of the lagerphone and he was known to “dance” with it when playing in the band.

Max loved the finished product and many musicians commented on how striking it was to look at and what a great sound it made. He was glad to offer the band another instrument to play and this added to their repertoire. The band liked to look the part for their gigs and Max was well-known for his particular costume of blue jeans, shirt, vest and a blue denim cap. Max usually played the lagerphone, and sang or played the mouthorgan. He was teaching himself the double bass at that time but perhaps felt it wasn’t in-keeping with the essence of a bush band so he often played the tea-chest bass instead.
Playing the lagerphone in the band was his favourite thing to do.

Max also loved reciting poems when the band enjoyed a few minutes rest between songs. His favourites were The Bush Christening, The Man from Snowy River, Clancy of the Overflow and Mulga Bill’s Bicycle. He was able to capture the audience with his renditions and they were swept away with his humour and enthusiasm for the poetry.

Max regularly played the lagerphone at social and family events. Whenever music was played in the home Max would pick up the lagerphone and suddenly there was a “party” atmosphere and smiles all round. Max’s son Peter, a professional piano player, lyricist and musical arranger would often visit and many times the family enjoyed the wonderful impromptu hours of music and singing. 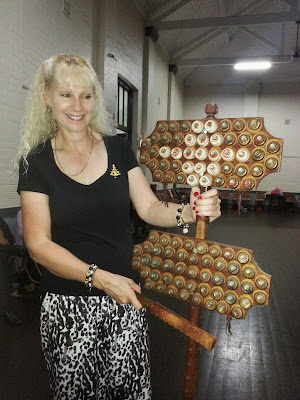 Since Max’s death in April 2002, the lagerphone has hardly been played. It has been sad to look at it sitting idly in the corner for years. However, now that it has a new home and a new owner, (Eric Eisler) one wonders if new life will be breathed into it. Perhaps the Bush Music Club and its audience will enjoy hearing the lagerphone again and rekindle the wonderful spirit of this talented man.

Max’s family is thrilled to share this story of Max and his lagerphone. As it was built so well all those years ago and has never broken or needed to be repaired it will be wonderful to see it once more bring incredible enjoyment and pleasure to others. 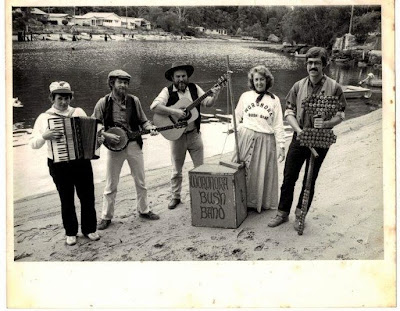 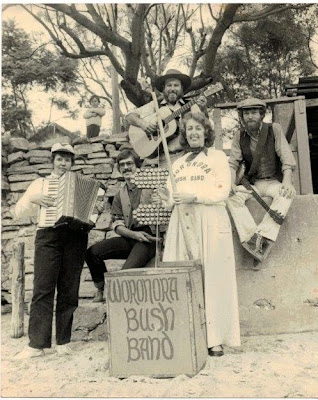 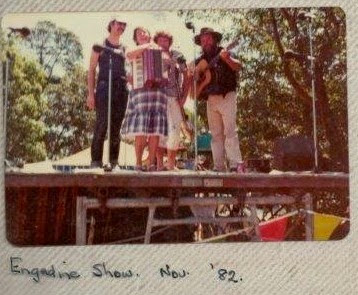 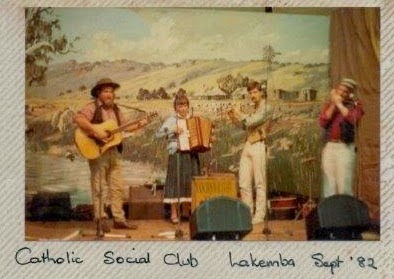 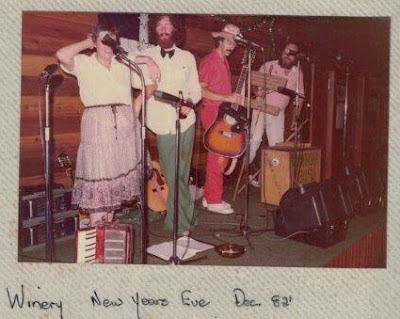 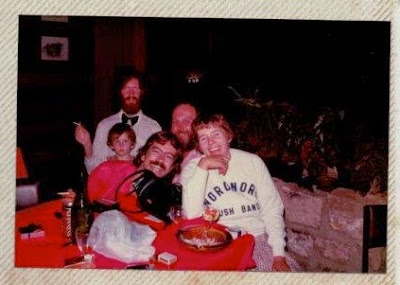 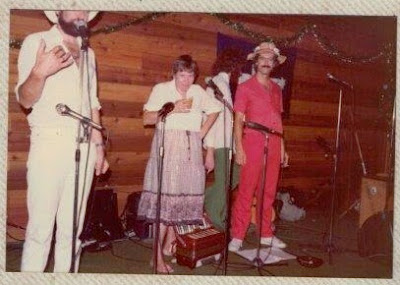 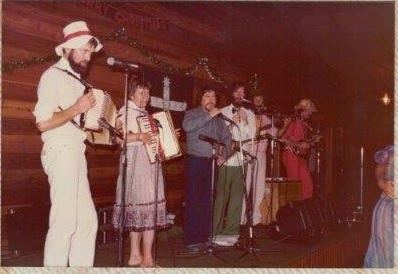 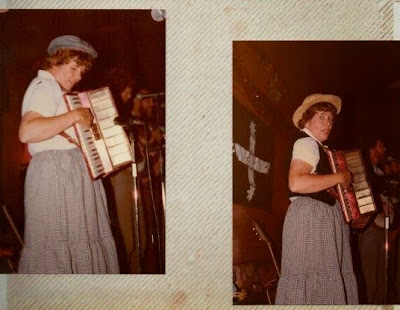 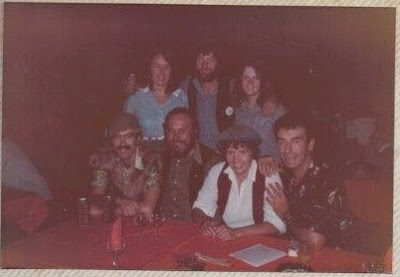 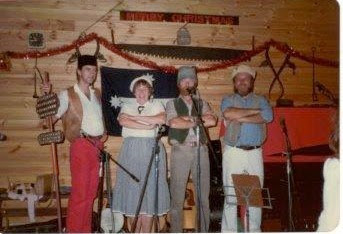 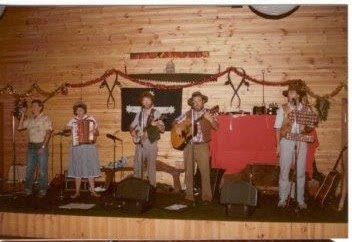 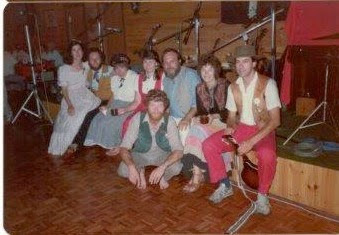 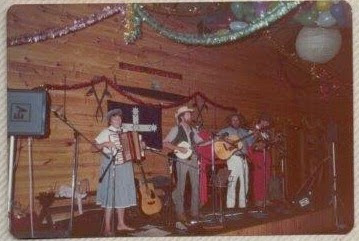 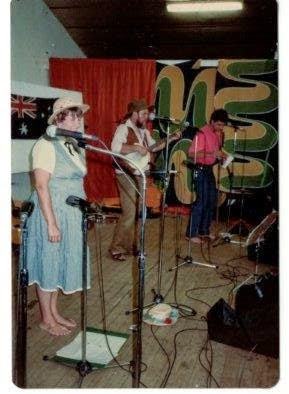 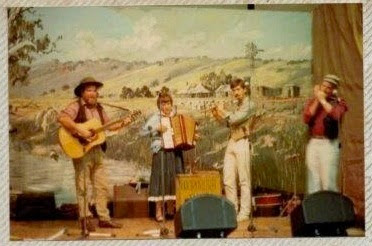 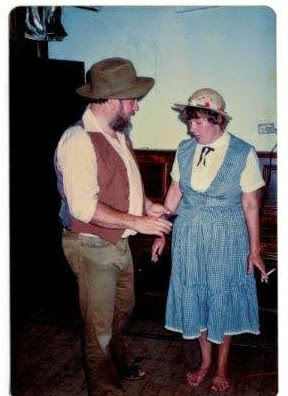 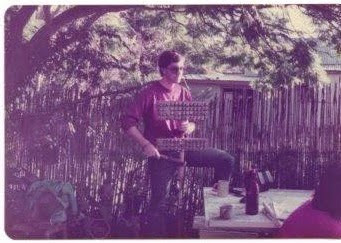 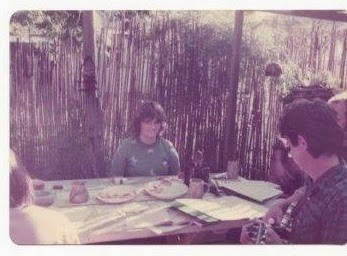 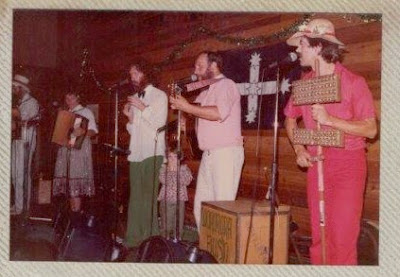