Nancy loves to sing and plays guitar, recorder and clarinet. In the 80's, Nancy played recorder in the original line up of Wallis and Matilda. 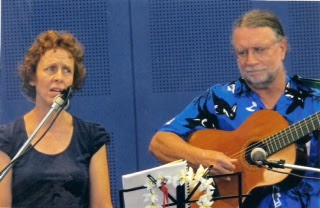 Eric is a long standing member of the Bush Music Club. He has played with various bush bands for 30 years as well as the Heritage Ensemble, Loosely Woven and Urban Scrub and Currawong Bush Band since 2011.
He also made an appearance in the Australian movie My Brilliant Career, playing bush bass in the Harry Cotter Bush Band for the Woolshed dance.