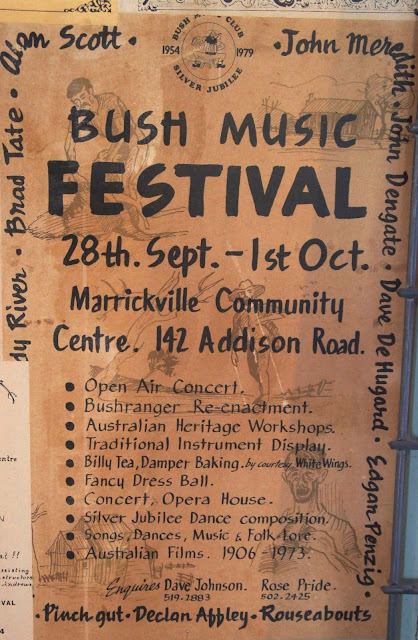 Thanks to Julie Bishop for starting the conversation & to Helen Romeo & Ann Pidcock for their memories and photos. 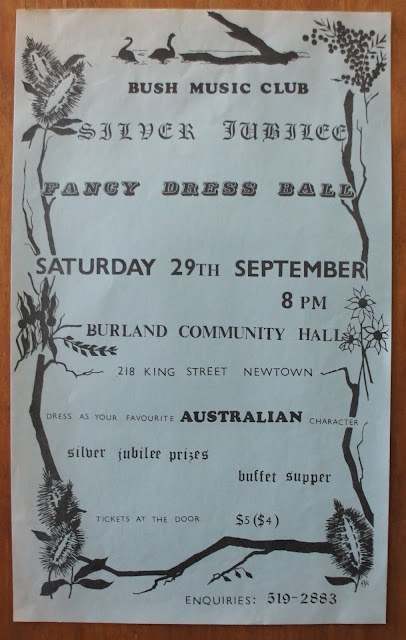 If you come across a photo of two delightful Gumnut babies, I would love to see it. It was the highlight of a ?Ball long ago, when Sally and Stuart were dressed as such, and danced Frogpuddles together. I can only hope that Bob caught it.

I remember the Ball - I believe it was an Australian costume ball the Friday night before a Festival.... I think maybe the 1980 BMC Festival. Anne Pidcock would remember. I came as a lagerphone and Bob came as a bush base. Sally and Stuart came as gumnut babies. I remember Ann D'arcy came as Elizabeth Gould. Someone came as a "dunnycan" man wearing shorts and a singlet and a large can on is shoulder and peanut butter smeared on his arms  I will have a look at my photos - I don't think I have a photo of the gumnut babies but I might be able to date it and then you can look up Bob's photos....

Cheers
Helen
~~~~~~~~~~~~~~
I'm sorry but I don't have a photo of the Gumnut Babies but a professional photographer was also taking photos on the night, so I'm sure there is one around somewhere. Sally and Stuart would be sure to have it. I'm attaching a photo that was taken of David and myself - we went as Jackie Howe and Lola Montez.


The occasion was a Fancy Dress Ball in September 1979, as part of the Bush Music Festival that year and the venue was the Burland Community Hall in Newtown. I believe the hall has now been converted to offices.

It was a great night. There was one lady I remember, a friend of Helen's, who came as "Bush Music" and she somehow managed to decorate herself with leaves and twigs plus sheet music. It was very inventive. But Snugglepot and Cuddlepie really stole the show. I think Sally's mother helped with the costumes.

Thanks Anne - I knew you would remember.  What a great photo of the two of you!!

Just had a look in my photo album and these two photos are sitting next to another photo labeled BMC Festival 1979 (also included for Sandra) and then the next lot of photos are from the 1980 Subscription Ball. So it has to be the 1979 Festival!! 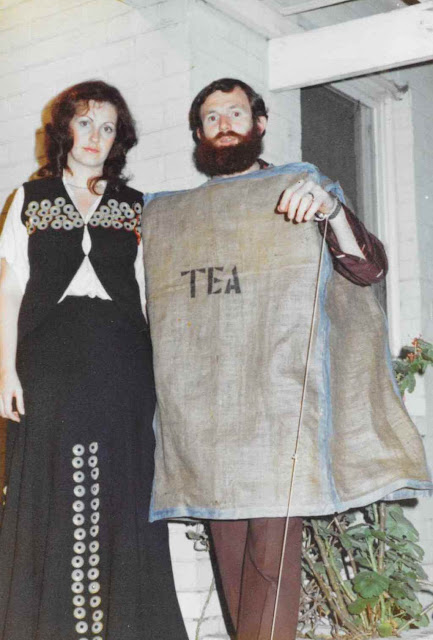 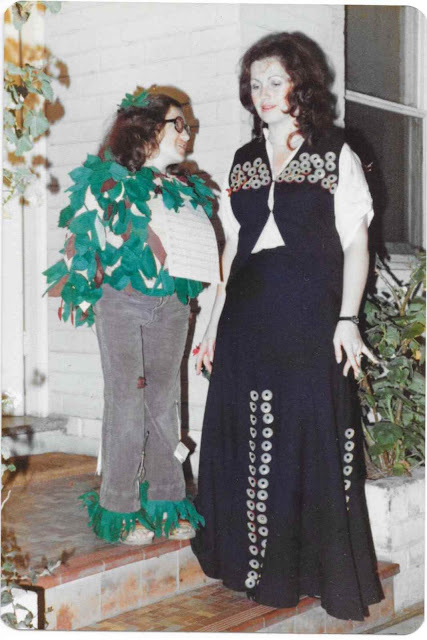 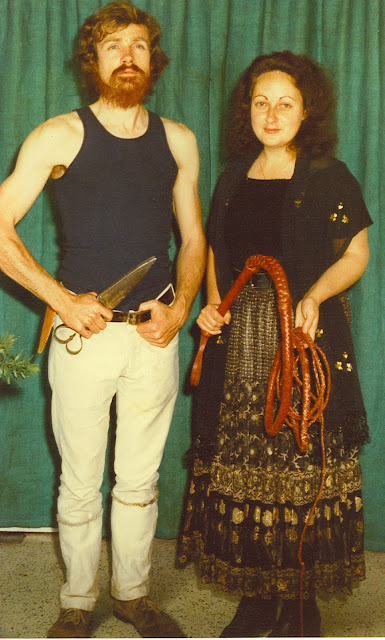 Other pictures will be added as found or received!