Click on pictures for full-screen image
As I heard the story years ago, Robin spoke in his best Ten Quid Pom plummy voice when John touched his forelock ... 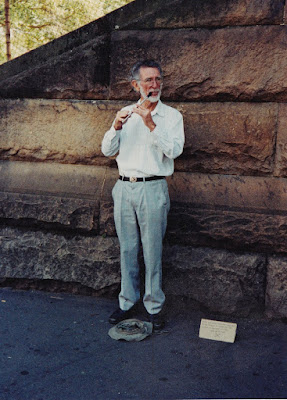 and I always dropped a coin in that battered old hat whenever I met John on the street and he interrupted his busking to talk, in the hope others would do the same. And don't let me get started on those who take photos/videos of buskers without contributing ...

THE BRICK AND THE OLD TROUT


Poet, artist and singer, a wordsmith of note.


And, dare it be said, a man of sweet malice,


When he served politicians with a quotable quote.


When I worked in at Central, I’d often see John.


He busked Eddy Avenue, often as not.


Back to the park, he played his tin whistle;


A nice little act in a well paying spot.


John had no peer in the fine art of busking.


With old flannels and jacket, the collar turned up


To keep out cold winds, and the occasional shower.


He looked an old digger, somewhat down on his luck.


Whenever I saw him, down by the Arches,


About pollies, his teeth, and the evils of bookies.


On leaving, I’d toss some small coins in his hat.


After all, I was taking up time on his patch.


I could hit his old hat with a coin from the gutter,


Though sometimes he’d save the day with a slips catch.


Then came the day of the Brick and The Old Trout.


I had tossed John a dollar, it made a nice clink,


When a voice close behind said, “you’re giving him too much.”


“You’ll only encourage his addiction to drink.”


Behind me there stood a tall, bony woman,


Blue-rinsed, overdressed from her pearls to her shoes.


“They’re all the same, derelicts, only he calls it busking.’


“Whatever you give him, he’ll just spend it on Booze.”


I thought “geez, that’s rough,” and I turned back to John,


But he knuckled his forehead(!) and gave me a wink


That said, plain and clear, “We can have some fun here.”


John paused for a little, then said, “some possibility”


“There’s some possibility she may be right.”


“Would I spend that WHOLE dollar you gave me on liquor?


And I flipped him a twenty, a brick, red and folded.


“Can you make that one last you the rest of the day?”


The Old Trout near laid an egg, but John sadly returned it.


“That brick’s far too rich for my battered old hat.”


A schooner apiece. What do you say to that?”


“And, with the small change, buy The Old Trout a sherry,”


A port, double whiskey, a brandy, or such.”


“Young Sir, that would be pure Christian Charity.”


“Between us, I doubt she gets asked out too much.”


The Old Trout, she wowsered and yodelled, “How dare you?”


“As if I would touch liquor!” but her face turned bright red!


Then she turned on her heel with the speed of an eel,


And she just buggered off. Whoops, I’m sorry, she fled.


With the Pope, and rum chasers with the rest of his train.


Such a cold day in hell will it be, me old dear,


Before ever you patronise John Dengate again! 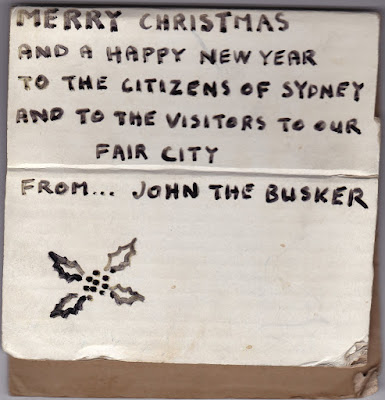 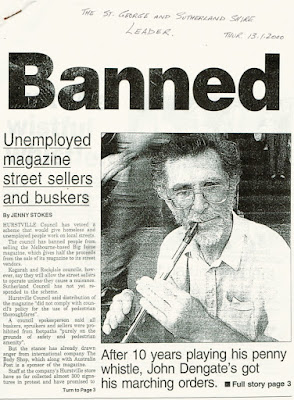 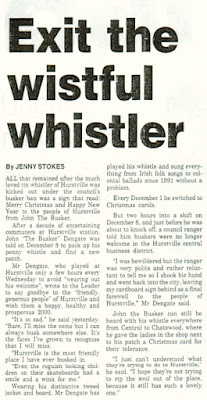