Daryl was a much respected dancer, dance caller and musician, who has made a significant contributed to the Folk community, here in Canberra in particular, but his influence has also been felt more widely through the NFF over many years and through the DanceFest in recent years.  (Bush Traditions newsletter) 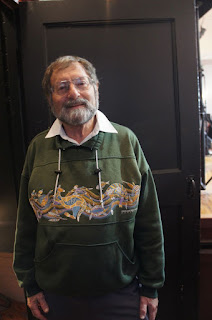 Daryl at Bundanoon DanceFest 2013 when his OAM was acknowledged, © Sandra Nixon

Daryl made an outstanding contribution to the community through his research on the dances and music of the Australian folk tradition and his commitment to teaching folk dancing.

His knowledge of folk dancing was somewhere between the comprehensive and the encyclopaedic. He was said to carry in his head the steps of over 2000 dances.

Daryl was born on 14th June, 1943 in Quirindi, NSW, and came from an Australian family with a strong interest in traditional and social music and dance events. For many generations his folks had been country musicians and social dancers. He spent much of his adult life in Canberra where for forty years he was an active participant and promoter of folk music and dance in the community, having a particular interest in historic Australian dances, and the dances of the UK and Europe. 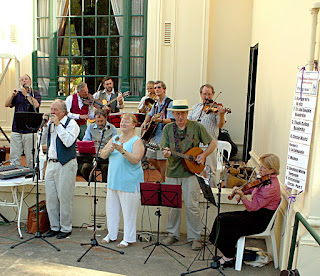 Recently, Daryl played a key role in the dance displays of the Itinerant Dancers and the Dividing Range Dancers at the National Folk Festival in 2015 and 2018. We practised in Daryl and Diana’s living room where Daryl would move the furniture against the walls. We had to be cautious not to spin too widely or gallop too enthusiastically! 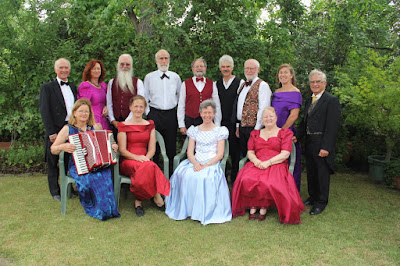 Daryl was also keen to ensure that people from disadvantaged backgrounds were able to participate and enjoy the social, physical and psychological benefits of dancing. This included working with groups such as Koomarri ex-students, Vision Australia, Mental Health clients of ACT Health, and Indigenous adolescents in NSW.

Through Daryl’s tuition, many people from a variety of cultural backgrounds have also had an opportunity to engage in and enjoy folk dancing and appreciate it as a very real part of Australia's history, culture and identity.

In 2011, I thought that it would be appropriate for Daryl's decades long commitment to Australian folk music and dance to be officially recognised. I developed a case and with the support of the Monaro Folk Society, Daryl was nominated for an Australian award. I might add that all this was done without Daryl's knowledge.

On 10 June 2013, Daryl was awarded a Medal (OAM) of the Order of Australia in the General Division, for service to the community through the teaching, promotion and preservation of Australian folk music and dance. 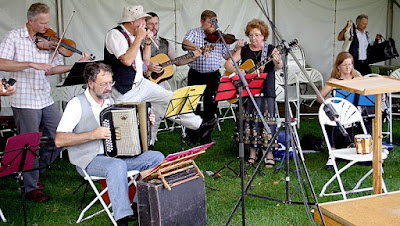 While I was well aware of his interest in music and dance, I was surprised by the other activities and interests he had. In his working life, Daryl was involved in extending the Canberra cyclepaths and ensuring the maintenance of communal paths in the UK.

Daryl and Diana had also studied Italian, and sometimes they spoke Italian with me.


On a dance trip to Maitland, and while in the garden of Diana's family, he could name all the plants and joked that it came from the discipline he developed for classification during his many years in the public service.

Daryl had many interesting and funny anectodotes, often related to travel or his previous work experience, that were always entertaining and showed a particular perceptiveness and sense of humour.

Daryl will be greatly missed by all of us who have had the privilege to appreciate his intelligence, sense of humour, perceptiveness, sensitivity and deep knowledge of Australian folk music and dance. 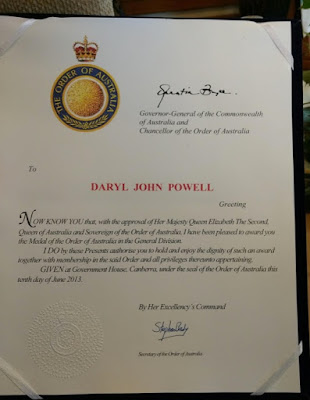 
Daryl's service was well attended and we had commemorations, music, dance and songs at the wake. A fitting tribute for Daryl.


It still doesn't seem real that he is not with us any longer.


The biographical notes I provided to support Daryl’s nomination were extracted from the following link on the 2013 Honours list.
https://www.gg.gov.au/sites/default/files/files/honours/qb/qb2013/Media%20Notes%20-%20OAM%20(M-R)%20(final).pdf

For service to the community through the teaching, promotion and preservation of Australian folk music and dance.
Supporter and promoter of community-based music and dance activities, for 40 years.