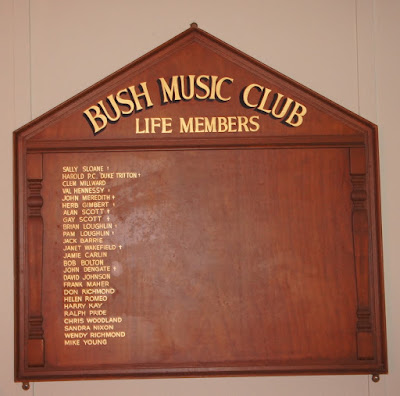 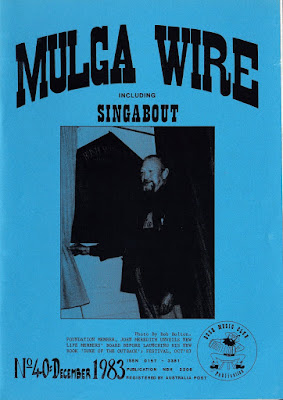 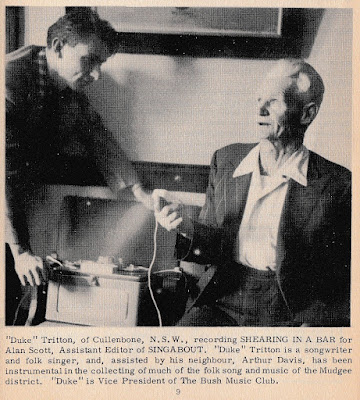 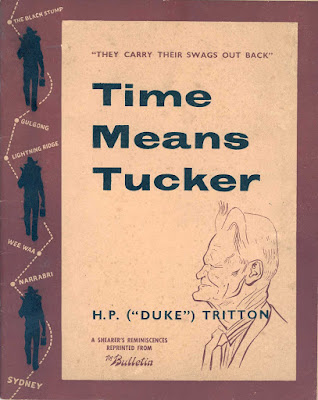 Saturday Streaming - Jason & Chloe Roweth present the Songs & Tunes of Sally Sloane, 1, With her extraordinary repertoire and powerful singing style Sally Sloane has left an undeniable mark on the Australian Tradition - and on ourselves! Born in Parkes, NSW in 1894, and living most of her life in Lithgow - for us she is not only a legend, but a local one. Join us for a selection of the great lady's many traditional songs and tunes in all their bountiful variety. August 2021. 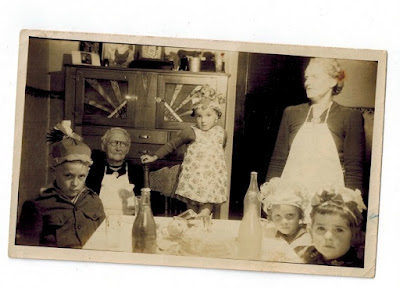 Sally Sloan presiding over a birthday party, Lithgow 1943. The photo was supplied by the guest at bottom right, next door neighbour Judy, who does not remember much about the day. (Judy O'Connor collection, 4/9/20)

The occasion was a birthday party for someone in Sally’s family. Our memories (and our parents comments) was that she was a cranky, difficult neighbour! I remember feeling pretty unhappy at being there and my sister was obviously not asked (which was not very neighbourly.) As you can see from the photo – it was not a wildly festive affair! I think the older woman seated on the left was her mother. For some reason, I seem to remember that. I mention it because it is of more than passing interest because from what I gather, it was Sally’s mother who passed on all the Irish songs etc. that she has become famous for.
Photo of Granny Clegg, Sally's mother here cropped from the same photo, one of many photos in Valda Low's 2012 article Who is Sally Sloane? 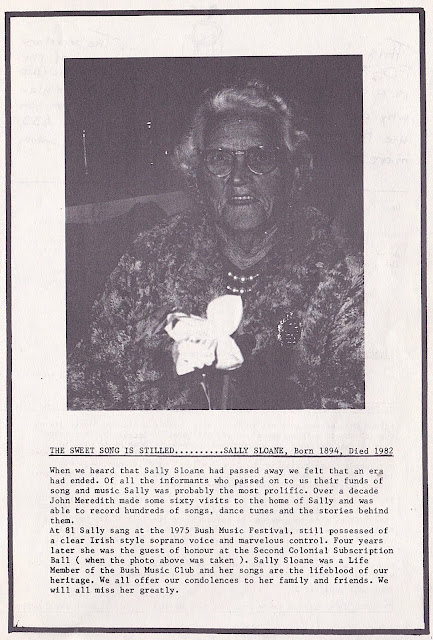 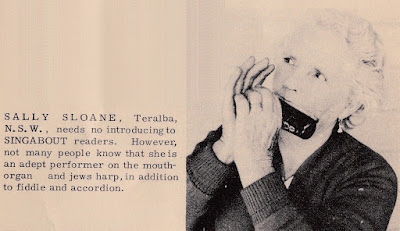 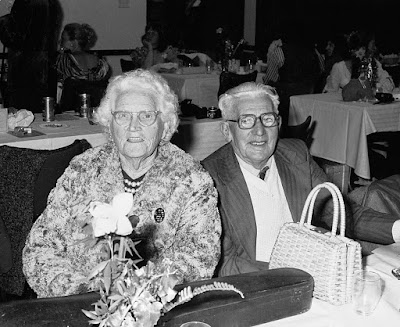 Sally & Fred Sloane at 2nd Colonial Subscription Ball, 25th August, 1979, Ralph & Rose Pride were sitting next to Sally & Fred. Sally had her fiddle with her as Ralph was going to  fix it. (Source Ralph Pride) (Bob Bolton photo) 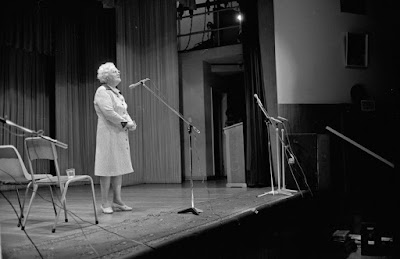 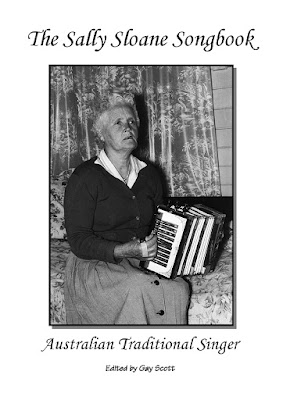 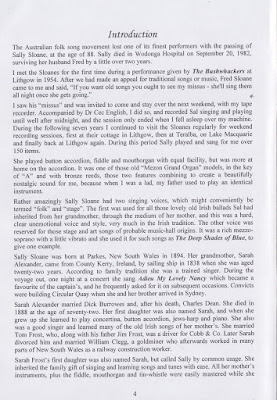 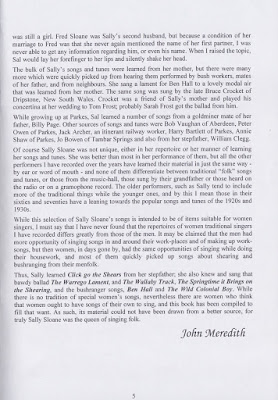 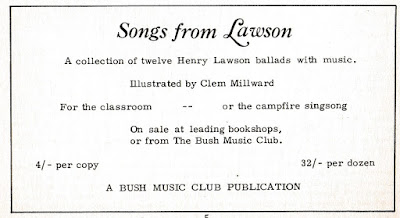 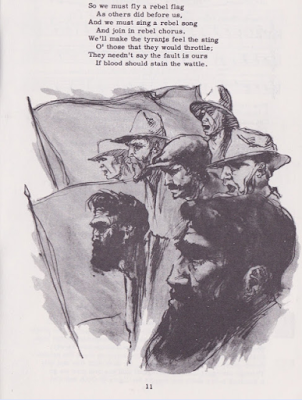 Illustration from Songs of Lawson  (BMC Archives)
~~~~~~~~~~~~~~~~~~~~~~~~~~~
Val Hennessy - information supplied by Jamie Carlin
Val and Derm (Dermot) Hennessy were members of the South Granville branch of the Communist Party of Australia. They were friends and neighbours of Jamie's father who was not a party member.
Derm was a printer at The Telegraph where Brian Loughlin was Father of the Chapel (union).
Val was a barmaid at Granville, maybe at the Royal Hotel. She had access to a duplicating machine and printed up songsheets and was made a life member for those services. 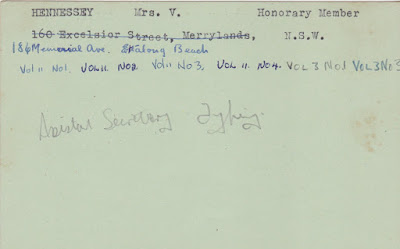 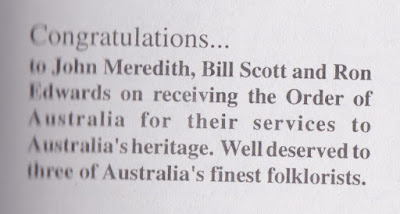 Instigator of Australia's first Bush Band, the Heathcote Bushwhackers (1952-1953) later The Bushwhackers (1953-1957) and a foundation member of the Bush Music Club. A few comments on John Meredith by Chris Woodland, 2012 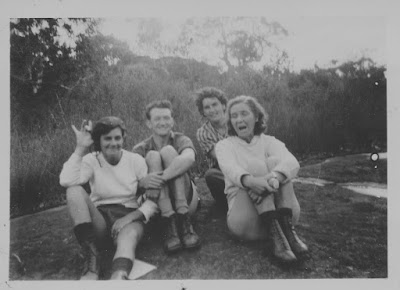 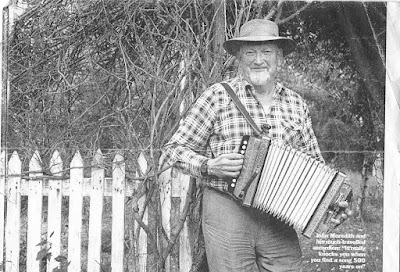 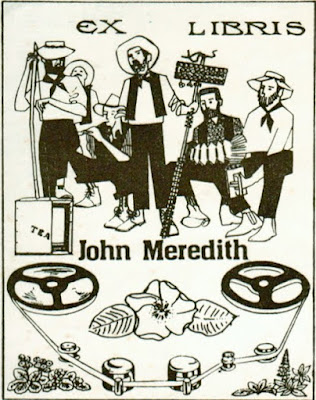 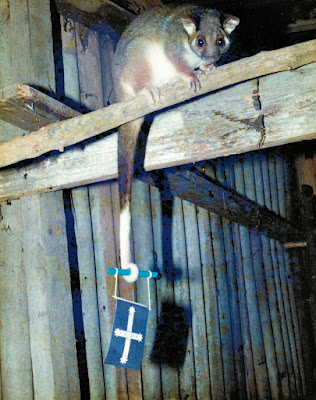 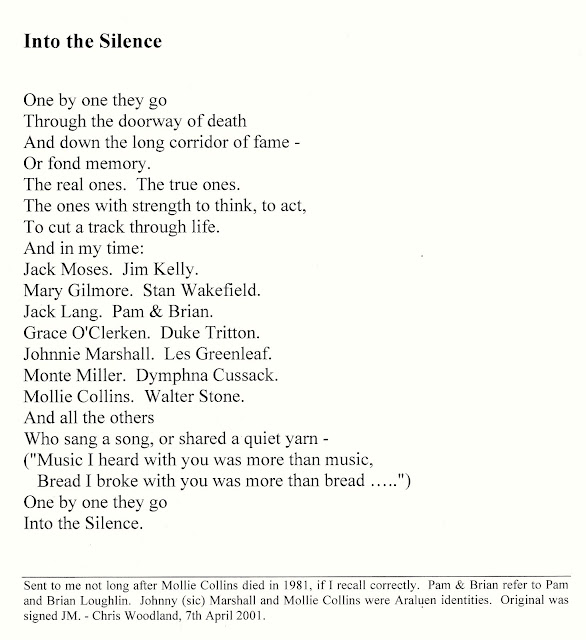