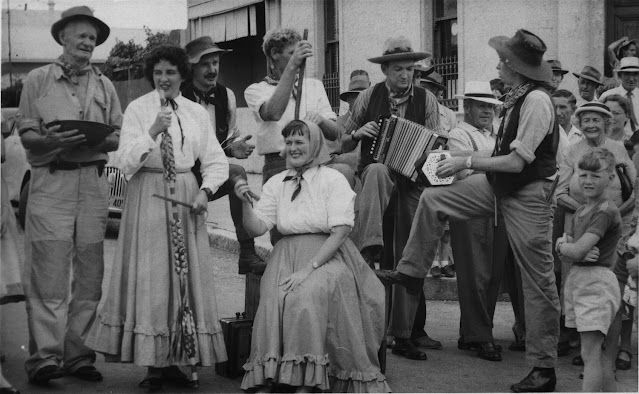 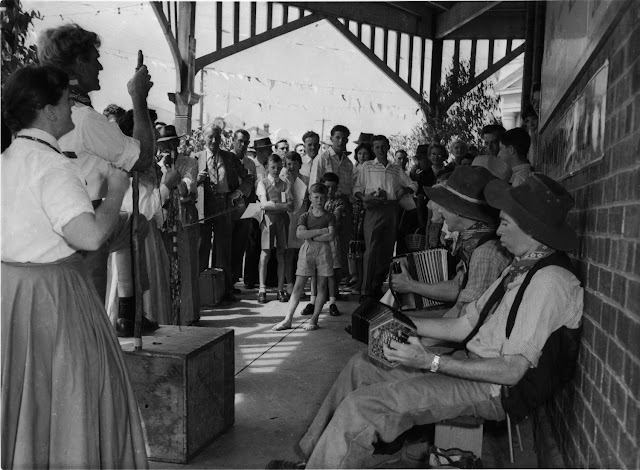 2. caption on original -  P10  Mayne St Gulgong, Aust Day Weekend Jan 1959. "Back to Gulgong Weekend" 1959. (O/S Centennial Hotel?) This photo appears to have been taken outside the former Commercial Hotel not the Centennial Hotel     (BMC Archives) 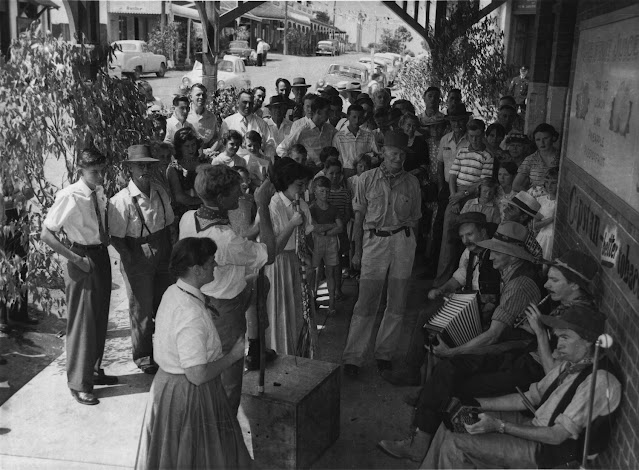 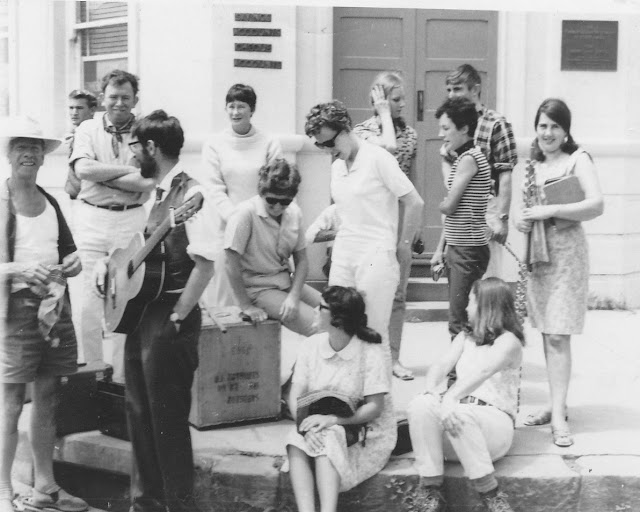 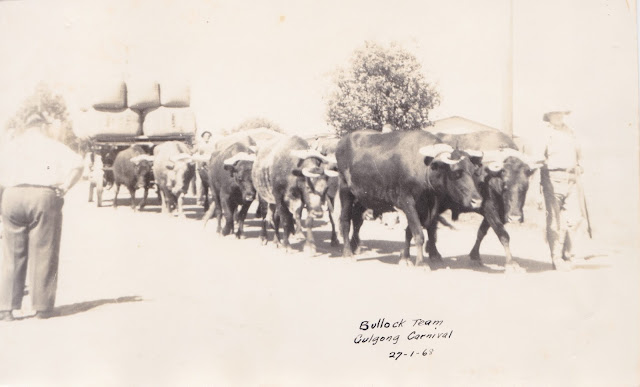 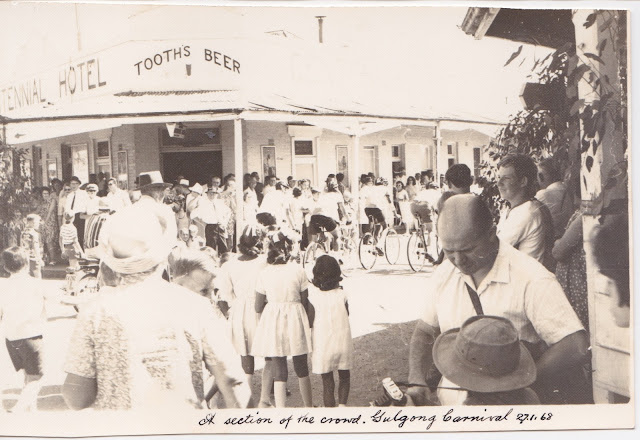 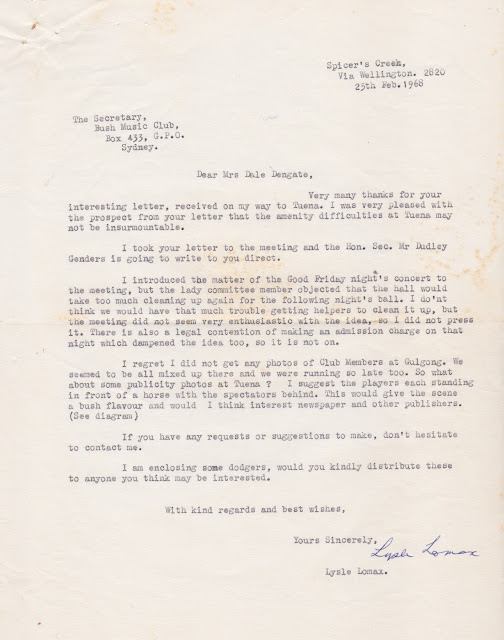 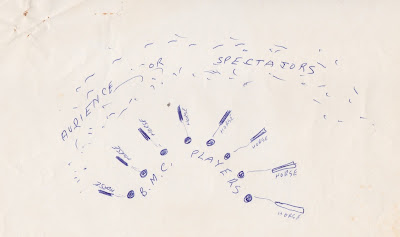 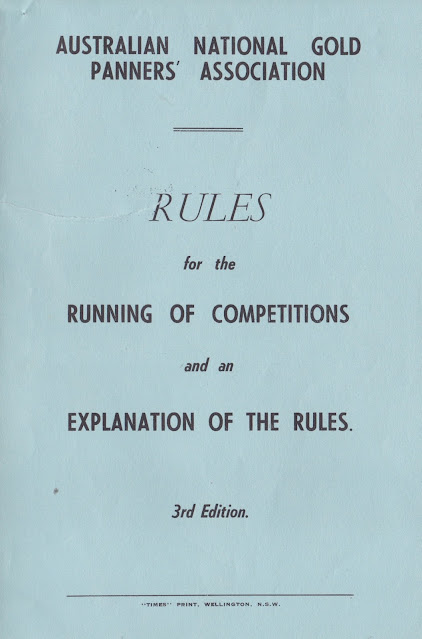 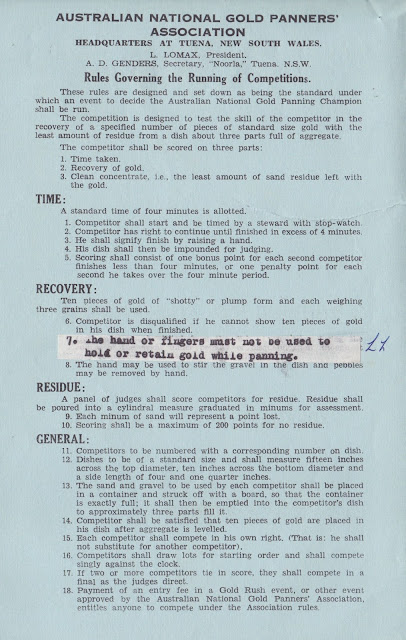 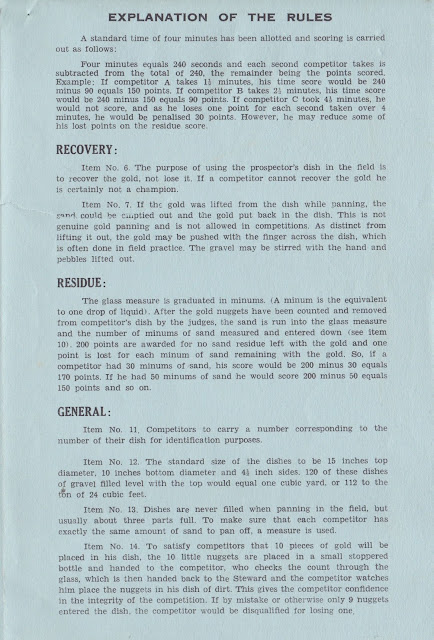 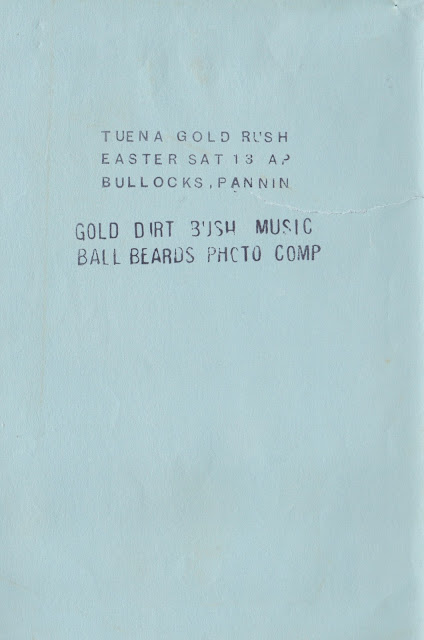 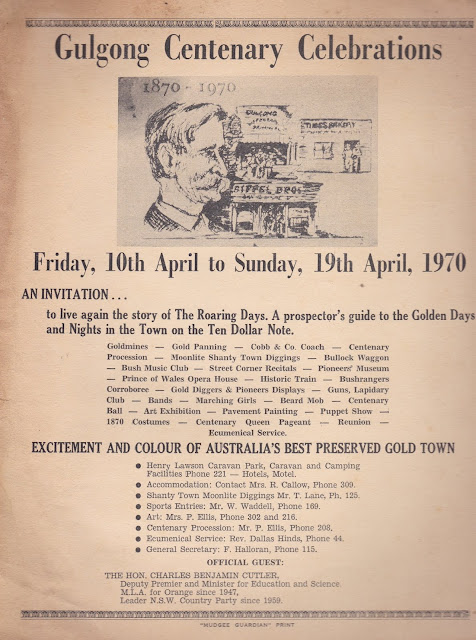 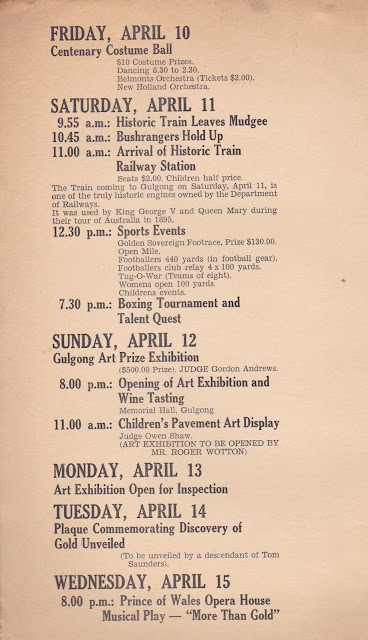 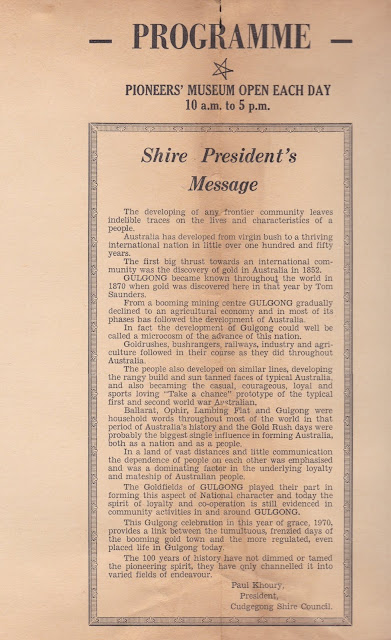 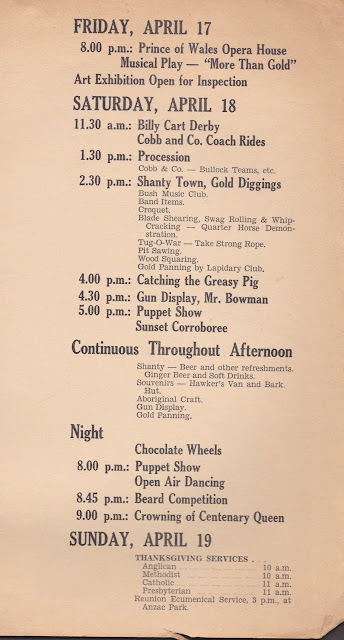 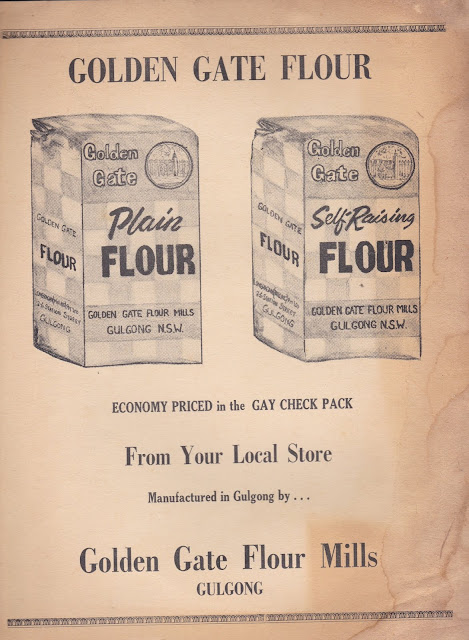 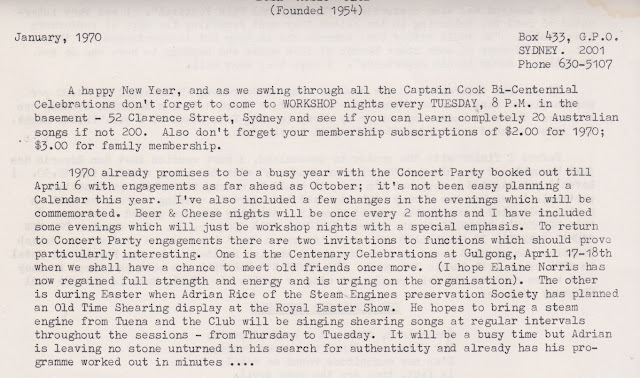 6.  January 1970 newsletter, p.1  ... Centenary Celebrations at Gulgong , April 17-18th when we shall have a chance to meet old friends again. (I hope Elaine Norris has now regained full strength and energy and is urging on the organisation.)

7.  March 1970 newsletter. p.1  ... Elaine Norris' letter reports a hive of activity in Gulgong involving Shanty Town Diggings, a Cobb & Co. coach, Vintage trains and of course Bush Music. If you are going to Gulgong don't forget your winter woollies as it is cold at night now.

April -September newsletters have not survived so we don't have a report on this weekend.