From the Archives - Norman Brown, by Jennie Richards. Mulga Wire no.76, December 1989 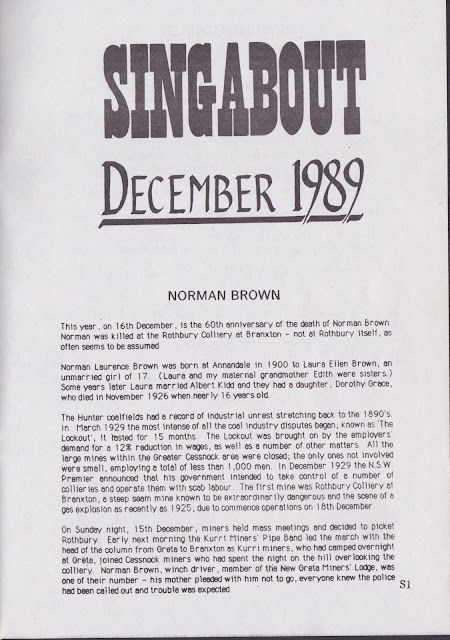 A Sad Day on the Coalfields.   Slowly with expression. Words and music by Roger Grant, Weston, 6/12/30.  Roger was a miner in Weston, 20 miles from Rothbury.  Lyrics, history & audio here
Below Norman Brown's grave in his family plot at Greta graveyard 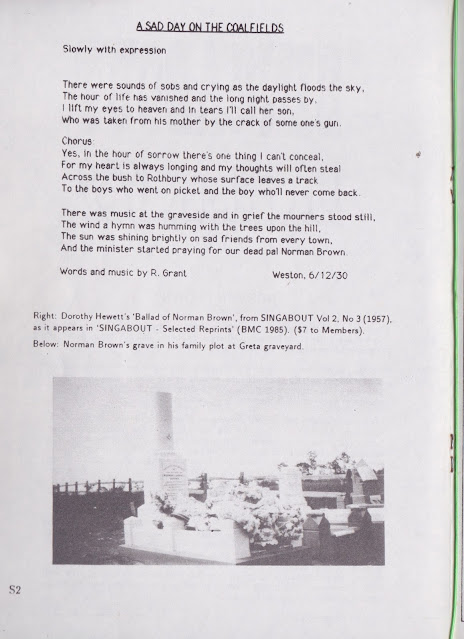 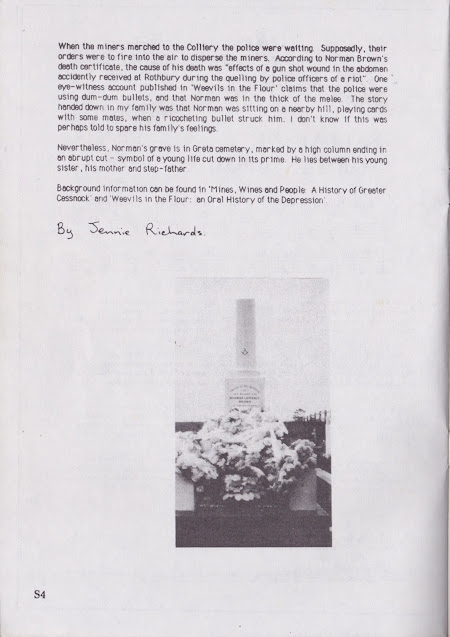 There's always a family story behind every tragedy, even one that makes the history books.

First time I realised that was in December 1979; I had just put Doug to bed and caught the tail end of a story on ABC news about miners marching to a memorial to commemorate the 50th anniversary of Norman's death.  I rang them and they read out the full story to me, and that's when it hit me - that this was bigger than just a story which had come down in my family.

The first time Kevin and I went to a BMC night ... would have been in about the mid 80s ... Margaret Walters sang that song, I had never known of it. I introduced myself and told of my connection, which they found interesting.