Extracts from Singabout - The early songwriters - the worker-poets and musicians 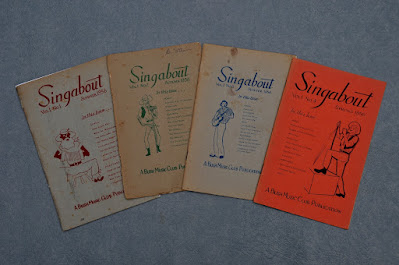 Singabout, 1(1), Summer 1956, page 19 - Aims of the Bush Music Club ... To popularise Australian  folk song, and to  encourage the composition  of a new kind of folk song - one that  is traditional in style  but contemporary in theme ...
We are no longer a nation of shearers and drovers. The majority of workers are now employed in industry, and that is where we must look for our new kind of song - the  modern Australian folk song - the industrial ballad.
Miners, seamen and wharfies have already shown themselves capable of producing songs that reflect the realities of their lives and work. Soon we hope to print songs by truck-drivers, riggers, fitters, bricklayers,  and carpenters, and you - our readers - are the

people we expect to provide them ... 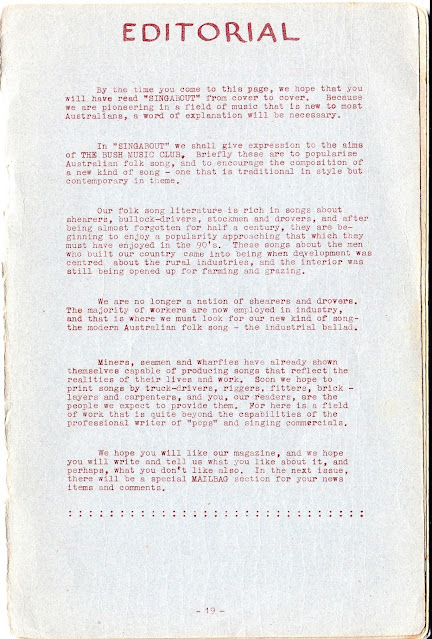 List of New Songs in Singabout (from a spreadsheet compiled by Sue Brian, 2019) 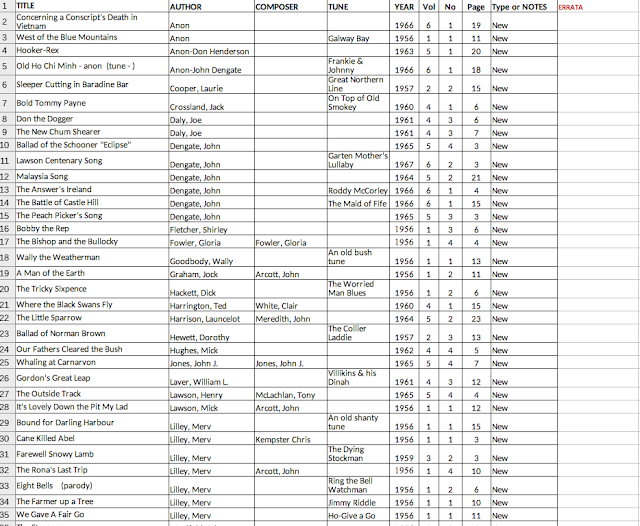 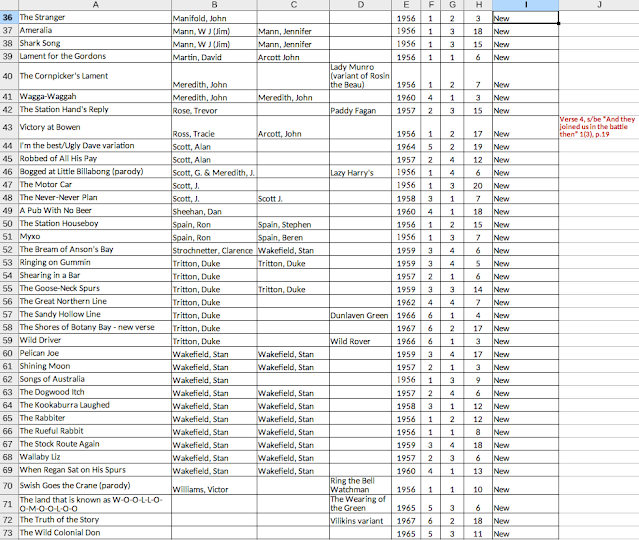 Some only wrote one or 2 known songs, others kept writing - 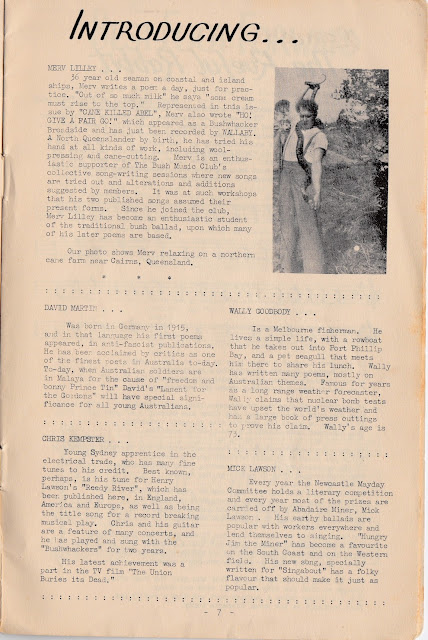 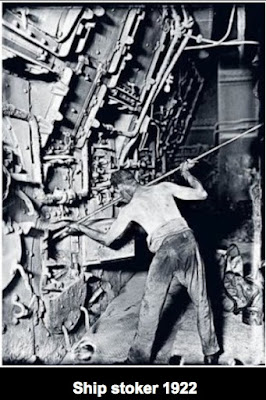 David Martin - journalist at the time he contributed to Singabout