Brian was the lagerphonist with the Heathcote Bushwhackers, then The Bushwhackers, & he & Pam were foundation members of the Bush Music Club. Brian died in 1974 & Pam in 1978.

The first meeting of the Bush Music Club on 14th October 1954 had 15 attendees with Brian in the chair. The second only 3 (apologies were given due to teething babies & union meetings!)  A committee was elected at the 3rd meeting & Brian was elected Chairman, a position he held until 1955, when the title became President, & he continued in that position until 1958.

In 1962 when Pam was President, he was part of the editorial team. 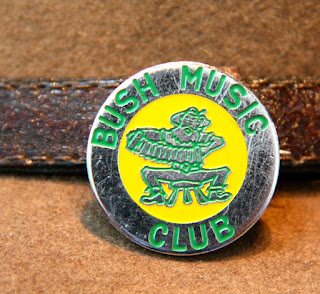 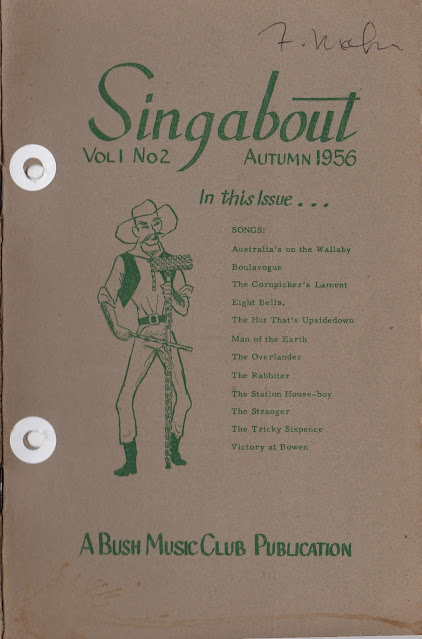 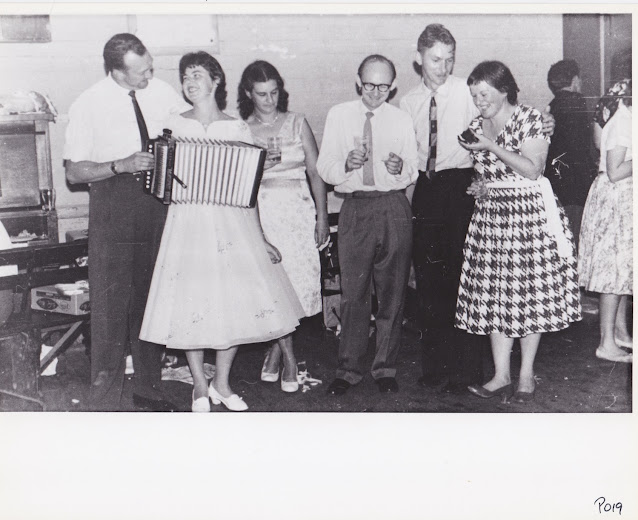 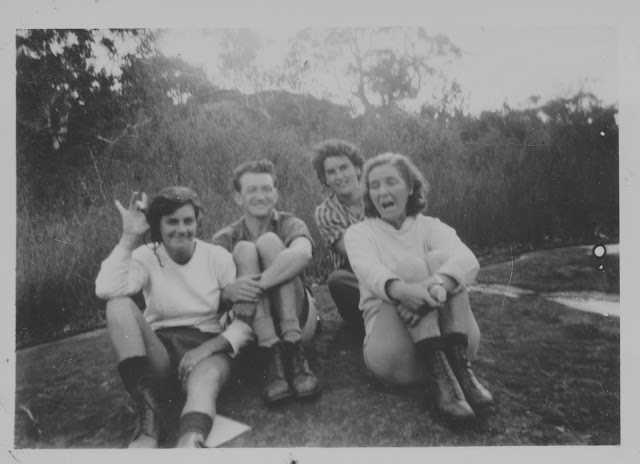 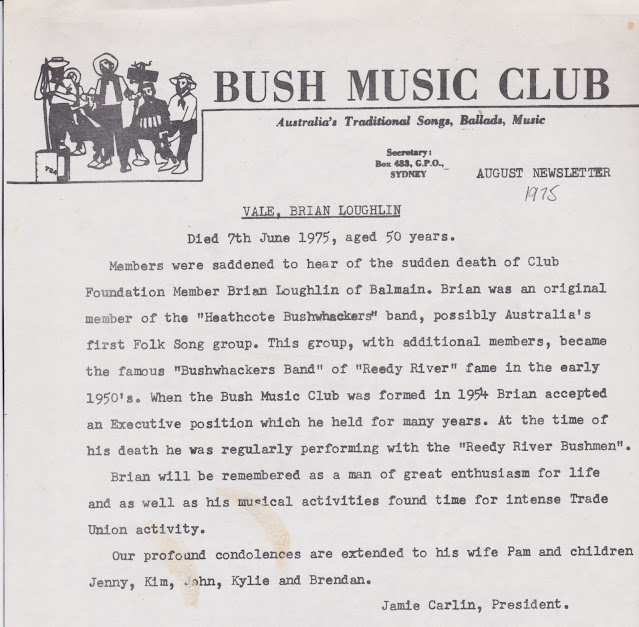 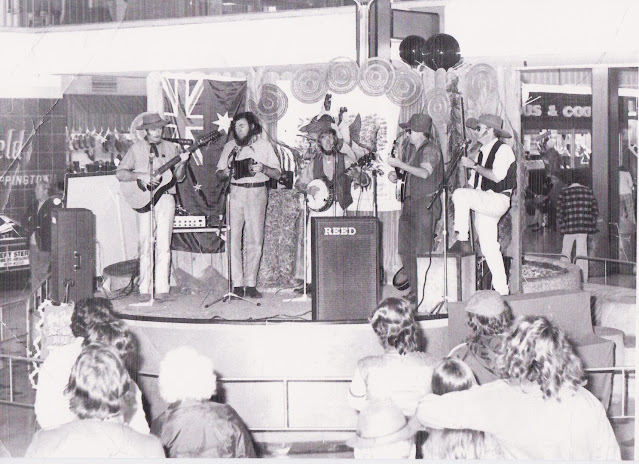 Proposed memorial to Brian, scanned from a copy held in BMC Library
email from Rob Willis, 23rd May 2019
... based on my interviews with Jenny ... The monograph on Brian was never published because of Steve's death and there are recordings to go with it. John (Meredith) mentioned Brian in several of the interviews I did with him on field trips, these are in NLA collection but not catalogued. 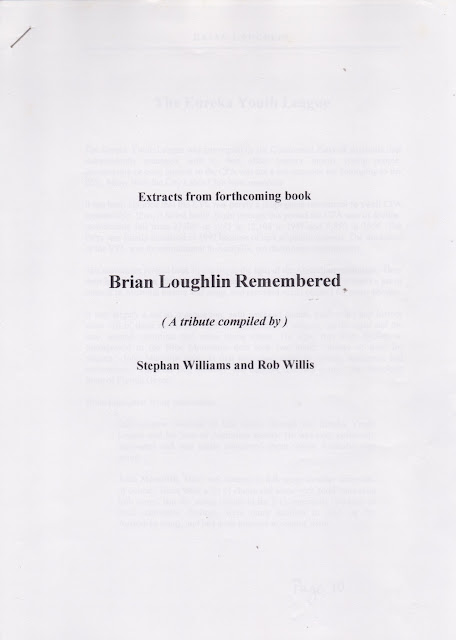 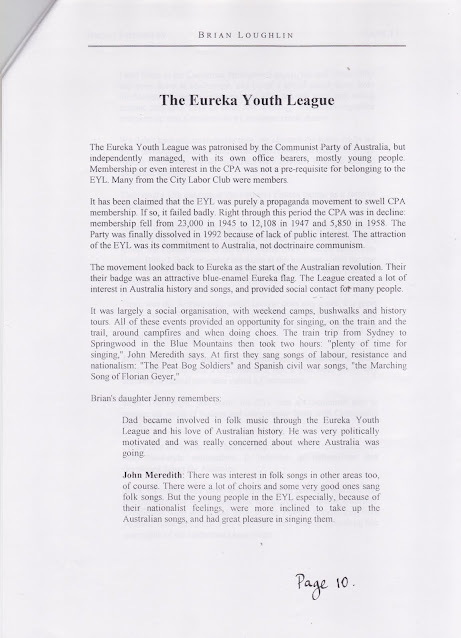 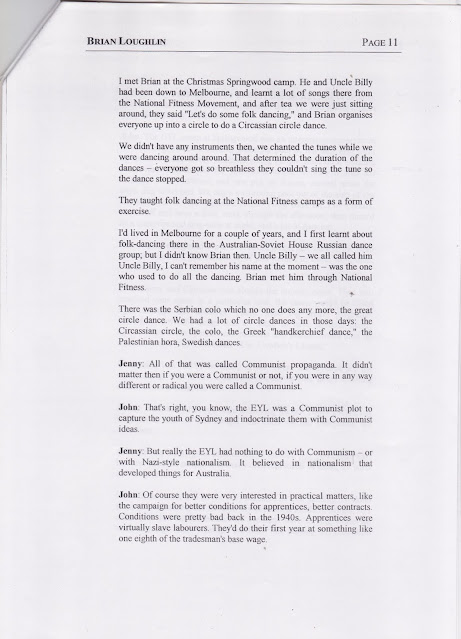 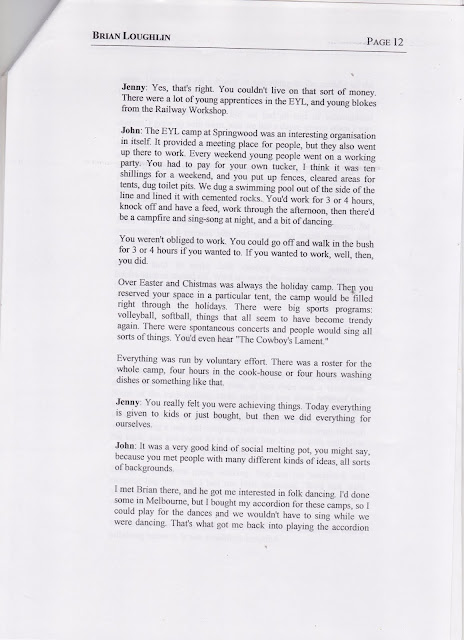 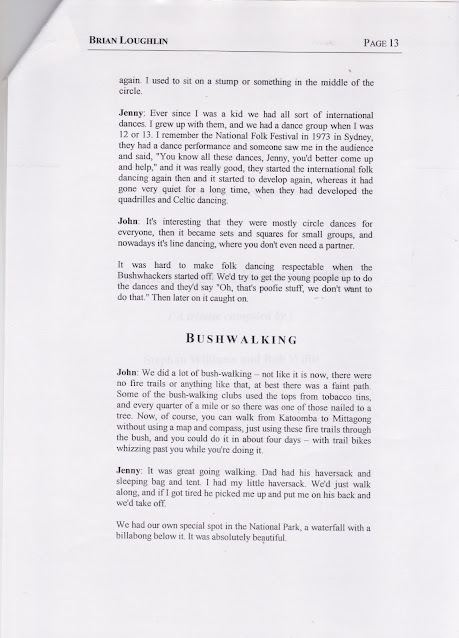