Albums from 1970 to 1981 existed but were not at his home when the Archives were transferred to BMC, so must have been lent out at some stage.

Some photos from these missing years were in Archives, either as photographic prints or photocopies and have been scanned & blogged. See Compilation of articles about the Bob Bolton collection

Bob was a professional photographer so all his negatives were identified with ISO 8601 dates (YYYY-MM-DD)  He stopped printing his photos in 2004.

His negative archive was donated to the National Library in 2014. 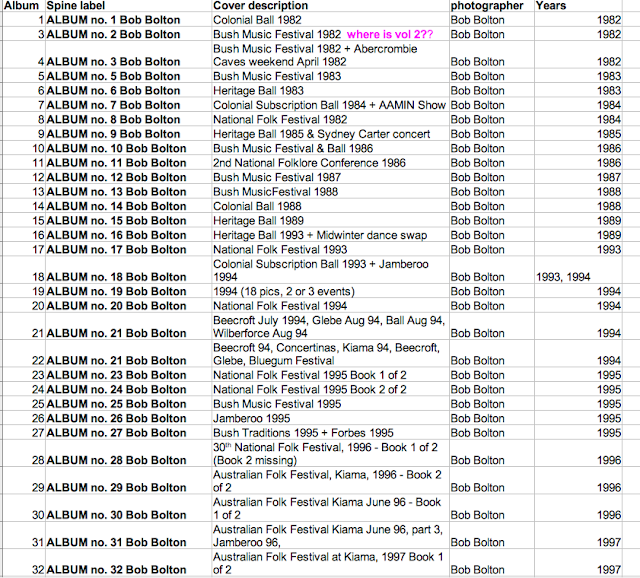 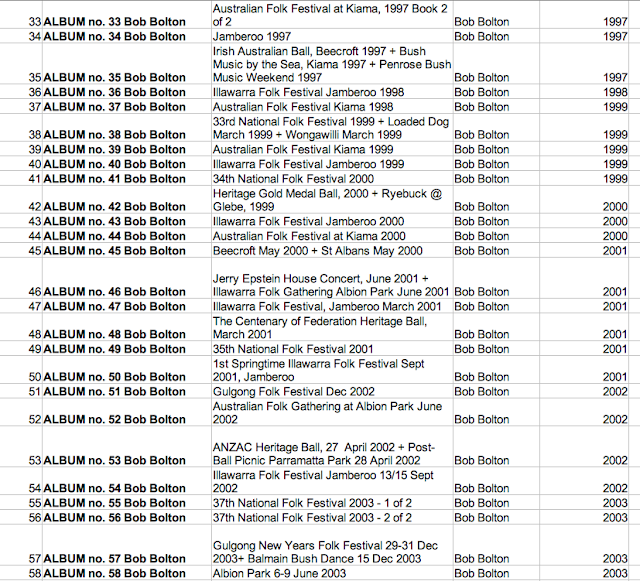 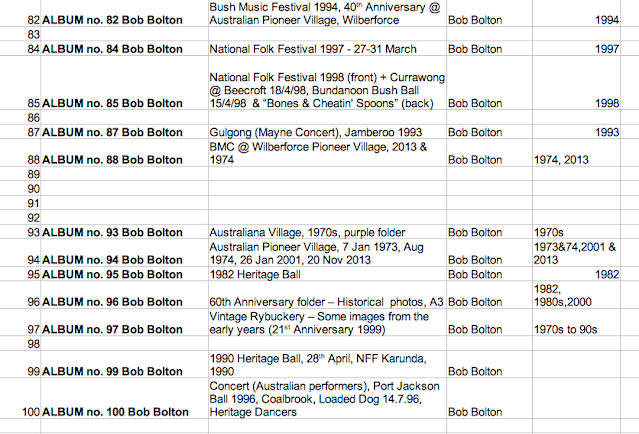