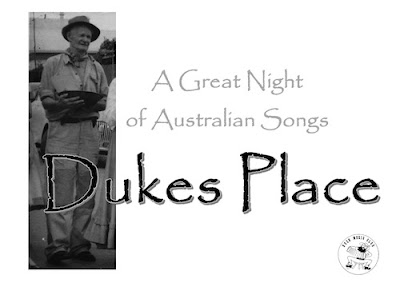 Sue & Brian are the latest of a long line of BMC songwriters. At least 4 of our founders, The Bushwhackers were songwriters, and they were soon followed by Stan Wakefield & Duke Tritton, John Dengate & host of others over the decades. Our first journal Singabout published 79 new songs between 1956 & 1967 in pursuit of aims of the Bush Music Club ... to popularise Australian folk song, and to encourage the composition of a new kind of song - one that is traditional in style and contemporary in theme. 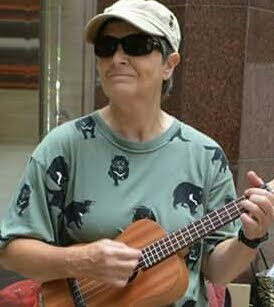 Sue is a singer-songwriter with an edge who has long amused audiences with her acerbic lyrics on politics, society and women's herstory. Her recent foray into Ecopella (choir) and ukekele-playing has spawned quite a few new environmental ditties and political parodies. One of Sue's parodies came 3rd in the inaugural John Dengate Memorial Parody-writing competition. 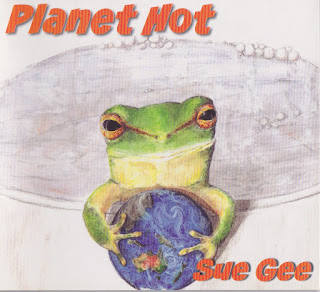 Her second CD Planet Hot is a delightful mix of Sue's intelligent insights into many topics including the environment, animal rights, asylum seekers, history, mature age students and mythology and more. All have very catchy tunes and choruses accompanied by Sue on guitar, uke or autoharp, or even kazoo!.  Sue singing Planet Hot.


Brian Jonathon has enjoyed a creative couple of years, producing two albums of original songs, the latest Is This Australia Fair lamenting our recent injustices. He has been shortlisted twice for the Alistair Hulett Songwriting Award, plays folk gigs here and there, and has had several live appearances on Koori radio. He will be appearing at the Illawarra Folk Festival on his own & as a member of Concert Party. 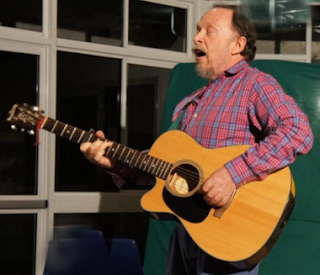 His way with words is not surprising, given he attended the same Dublin high school as poet W.B. Yeats, and at age 8 met playwright and raconteur Brendan Behan, one of his grandad's drinking buddies! 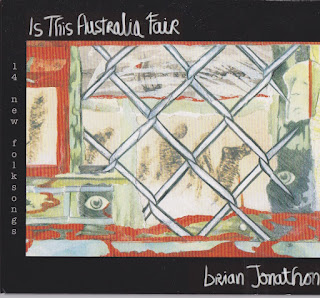 Though he sings of encounters with Brendon, of buying lifelong hero Tom Paxton a beer in Sydney, of an adolescent fling in Yarmouth with a girl who slept with Dusty Springfield, his songs are mostly impassioned pleas for the planet, the original people's rights, environment, refugees and republic, presented in the hope we might eventually sing ourselves and our world back to some sort of sanity.


Bring something to drink & a plate for supper