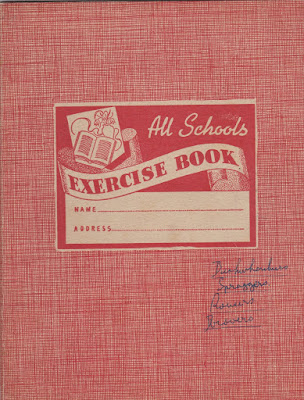 
The finding of the minutes changes accepted BMC history - unchanged is the fact that our founders The Bushwhackers (1953-1957) were the first bush band & that the South Coast Bush Band (early 1954 to late 50s-early 60s) was the second band, but Melbourne's Billabong Band wasn't the third band as their foundation was announced in January 1956 in the first issue of our first journal, Singabout.

There were at least 8 other bands formed between The Bushwhackers & The Billabong Band.

12th November minutes mentions performances by Overlanders & Rousebouts, and minutes of 3rd December note that an Arncliff factory had a group called The Ringers

By 7th January there were 2 bush bands in Lithgow, but only one was named - Spraggers (Made up mainly of miners the name refers to one of the miners occupations. A "spragger" being the man, or boy, who turns the points and guides the skips to the desired place) and a bush band was also under way in Portland.

Article from Tribune Wed 27th October, 1954 (August, 2018), found by Mark Gregory in TROVE, 2 weeks after the initial meeting of the Bush Music Club. 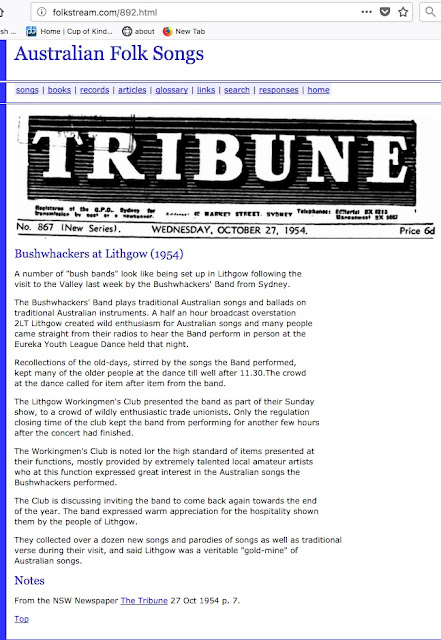 Minutes of 14th January report the first performance of the Drovers and by January 21st a Bush Band had been formed in the Junior Eureka League.

18th February minutes report a that North Sydney group was being formed & by March 4th they were preforming.