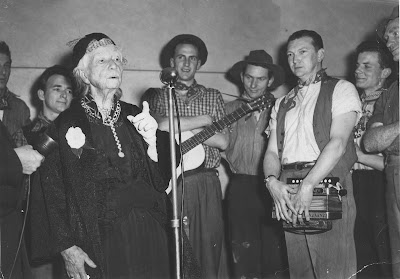 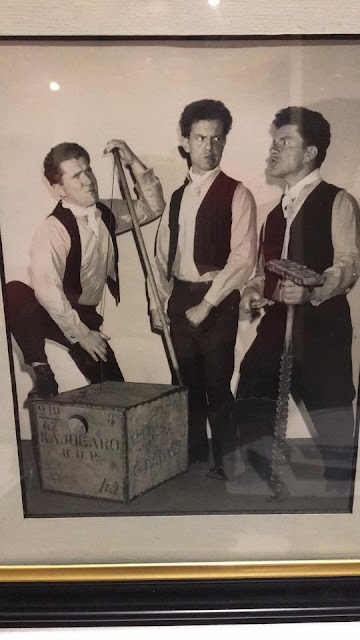 4. After leaving the Bushwhackers Cecil formed The Galahs with his brothers. Roland & Milton. Cecil is in the middle (photo courtesy of Cecil's daughter Xanthe Grivas)

Biographical information
Cecil was a member of New Theatre and only spent a short time with the Bushwhackers, starting with the production of Reedy River, and ending shortly after their appearance at Dame Mary Gilmore's 90th birthday, in Sept 1955.
New Theatre wiki - Cecil Grivas  ... A good singer, he performed in Reedy River in 1953 and 1954; One of his last appearances with The Bushwhackers was at Dame Mary Gilmore’s 90th birthday in 1955 ... with brothers Roland and Milton he established his own group The Galahs which played in the suburbs ...

Western Advocate - Age is no barrier for Cecil (2000) ... He moved to Bathurst in 1974 ... He is still a keen actor, regularly taking part in choral performances in Bathurst with the Allegri Singers and at present is growing a beard for their Federation performance ...

Cecil was 2nd editor of Challenge which was associated with EYL. Harry Steam was 1st editor, & it  was the only other paper apart from Tribune which published information about BMC in the very early days.  Cecil did a crash course in journalism & wrote articles in Tribune.

New Theatre performed "Candy Store" underground at Glen Davis shale mine  for the miners who were on strike and had locked themselves in the mine. Cecil was in the party and was lent a half plate camera to take photos during the performance. He took lots of photos, but none worked as he didn't know how to operate it!
~~~~~~~~~~~~~~~~
http://newtheatrehistory.org.au/wiki/index.php/Agit-prop_and_Street_Theatre  ... A repeat performance for the miners’ families was given above ground in a local hall  ....
see illustrations  The New Theatre cast arriving at Glen Davis, 1952 and  Performing The Candy Store underground at Glen Davis, 1952

https://www.greenleft.org.au/content/illustrious-life-sydneys-new-theatre ... Another highlight in the New Theatre's history was a 1952 performance of The Candy Store, the story of a strike in a US department store. This was an underground performance — literally. The Glen Davis shale miners began the first sit-in strike in a NSW colliery, and the Miners Federation invited New Theatre to perform the play down the mine.
Smuggled in, at the junction of five shafts, an improvised stage with hessian curtain was set up. Small and inadequate lights rested on a table. Then, as the players stepped on stage in the murky half light, the miners switched on their hard hat lights and bathed the stage in a dusty glow.
"That's a hard one to beat", says a jubilant (Marie) Armstrong, one of the players that day ...

Condolences from the Western Advocate 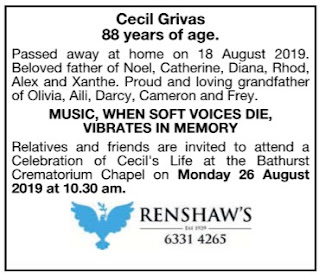