Woodturners Love Song (click for audio) was written in the early seventies. I wanted to write a song about industrial realities for wood-turners.
I interviewed a woodturner Neil Bollingmoore and it became a love song when he spoke so lovingly about wood that I wrote a love song about someone who had much love to give but was shy and un-sure.
Some years later he rang and asked for the song as he was getting married. A few (too few) years after that his widow rang and wanted the song again to play at his funeral.
Some years later I asked an instrument maker (ROCKY CREEK STRINGS) to make me an all wooden Banjolele of those woods. I added a verse. I also now repeat the last line of each verse. (Phyl Lobl's website)

Tuning as for Ukulele, large one is a Baritone & is made of woods mentioned in the song (email, Phyl 3/1/21) 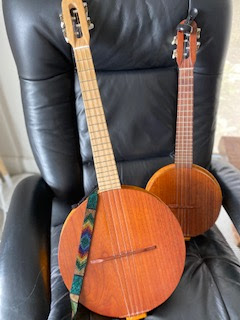 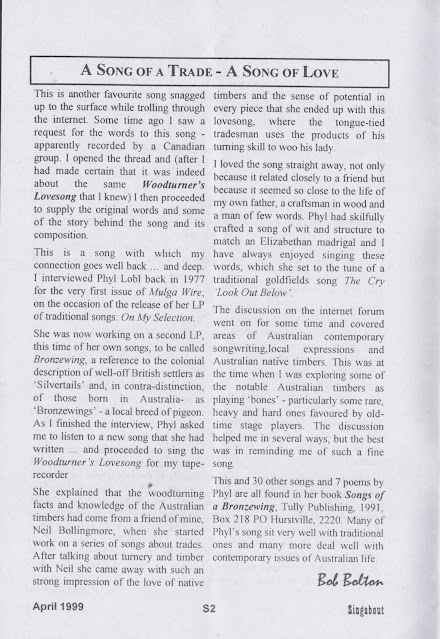 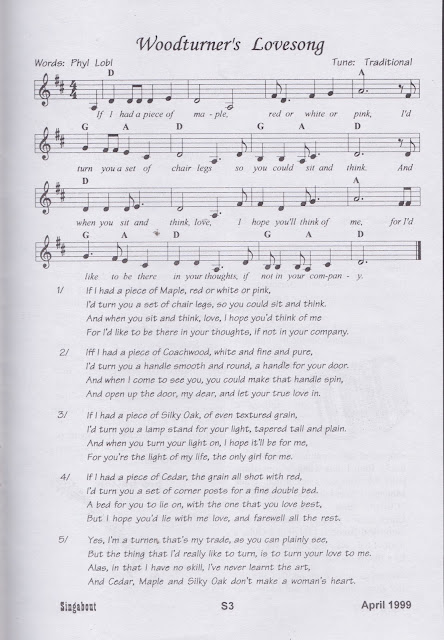 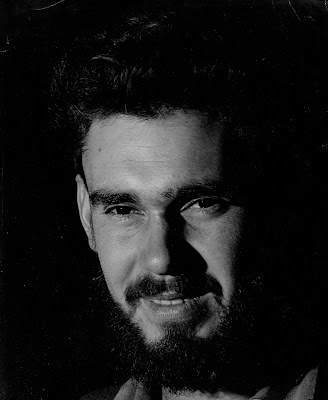 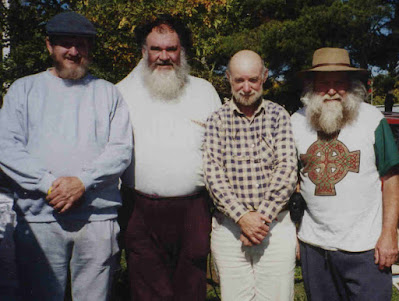 Neil was a master wood turner. He was the bloke that was responsible for the woodworkers tent at the NFF, it's funny that all the blokes would do their own things until Neil went on the lathe, they then would all gather around to watch him. (email from Bob, 27/5/18)