The first bush band was The Heathcote Bushwhackers which was founded in June 1952, became The Bushwhackers sometime in 1953, and achieved widespread fame from late 1953 when they appeared in the Sydney production of Reedy River.  In October 1954 The Bushwhackers founded the Bush Music Club.

Lola Troy's South Coast Bush Band was formed with the assistance of Chris Kempster & the Bushwhackers in early 1954 after Lola saw Reedy River, and mentioned in the first issue of Singabout in January 1956.

In 1959 members of the Billabong Band formed the Victorian Bush Music Club, later re-named Victorian Folk Music Club, & a brief history of the band is on the VFMC website. 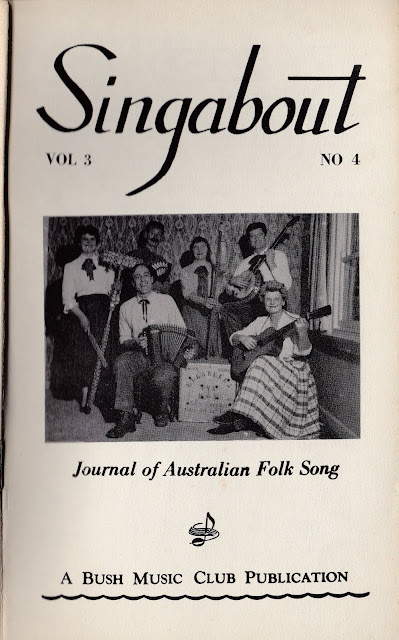 Thanks to Joanna Durst, Joy's eldest daughter who supplied the following two photographs. 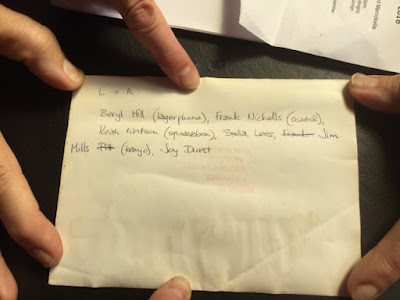 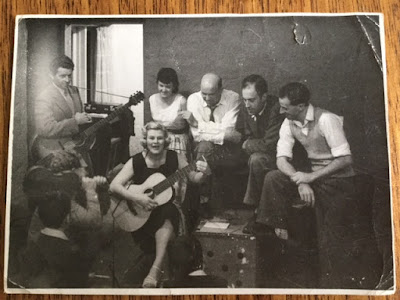 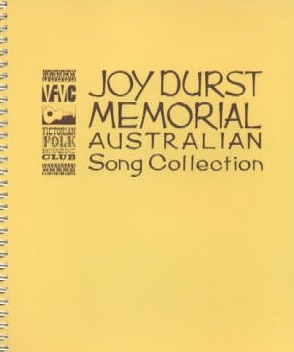 First published in 1970, this fine collection of Australian songs was dedicated to the memory of one of the founders of the original Billabongs, Joy Durst. The book covers a wide range, with lyrics and music (including guitar chords) for 100 songs. Many of the songs are well-known standards (including Waltzing Matilda, Click Go the Shears etc), but there are enough new songs to make it a worthwhile addition to any collection (eg Bryant's Ranges, It's On!, Goondiwindi Song etc). The 1980 edition (currently in stock) includes additional verses and revised music for some tunes. 113 pages - spiral-bound so it can be opened out flat. 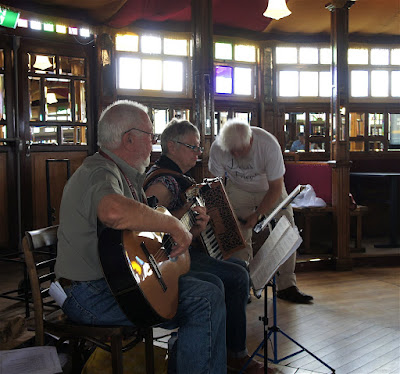 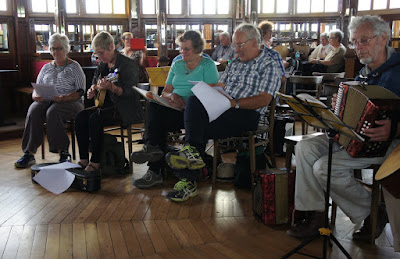 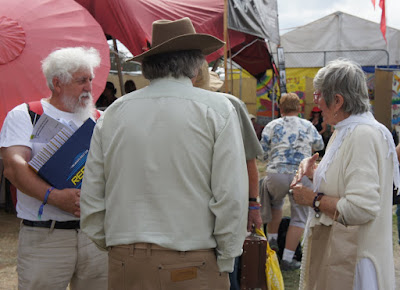