all quotes are taken from emails sent by Peter. 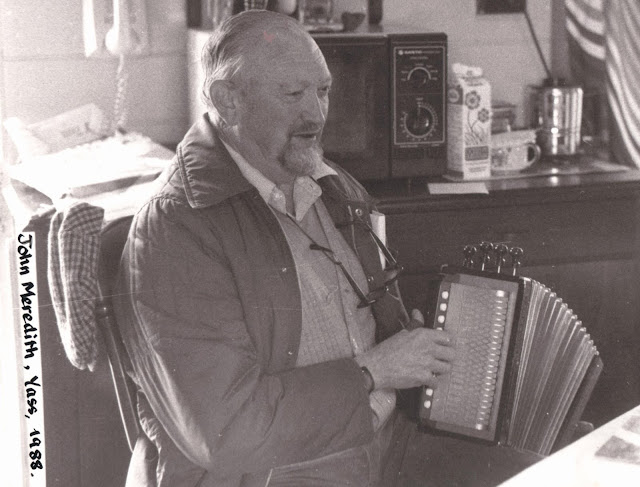 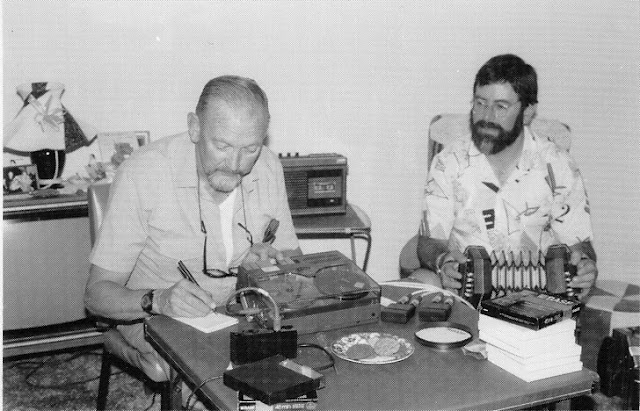 Merro & Peter Ellis at Harry McQueen's place, Castlemain, c1989   (John Meredith photo)
Taken in Harry McQueen’s lounge in Castlemaine during an interview. Merro would have the original, it should be around, I rescued this from a local newspaper I think 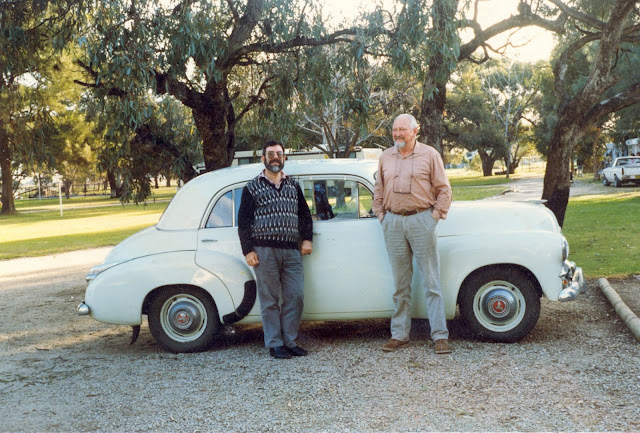 First night our from Thirlemere on the WA trip - Merro & Peter at motel in Hay with Peter's FJ Holden,1991 (John Meredith photo) 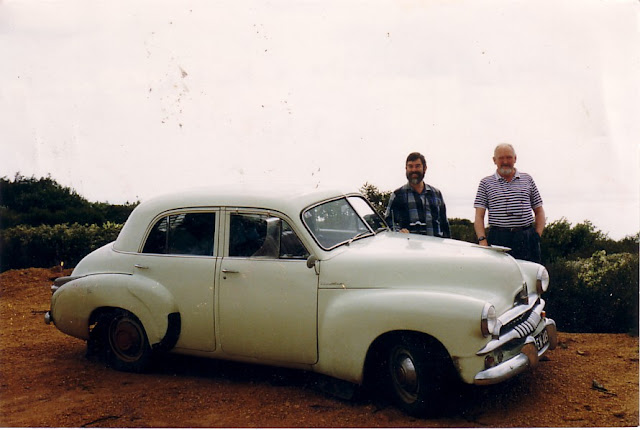 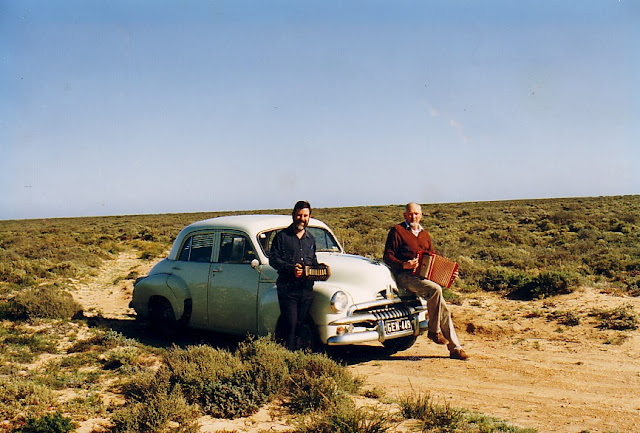 Merro & Peter on the Nullabor 1991 (John Meredith photo)
This is the famous one, he used a black and white of it in Real Folk and the National Library have that, but it was taken in colour. I drove a little way off the highway on a track towards some sand dunes (where the Great Australian Bite would have been) for effort. 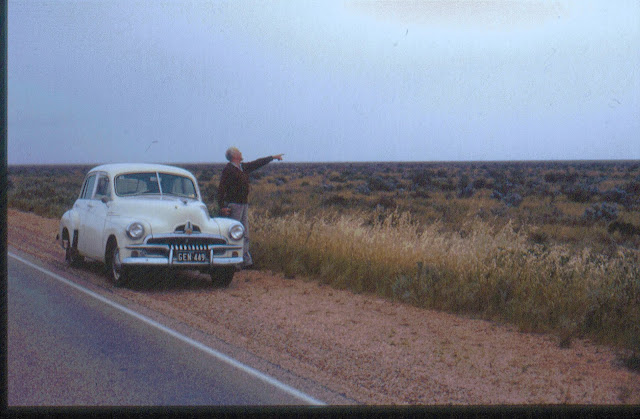 Merro on the Nullabour on the return from Perth, 1991  (Peter Ellis photo)

There’s one more I took on the main highway across the Nullabour, i.e. sealed rd. not the off road famous one. In this I’ve got Merro pointing out at the treeless nothing. 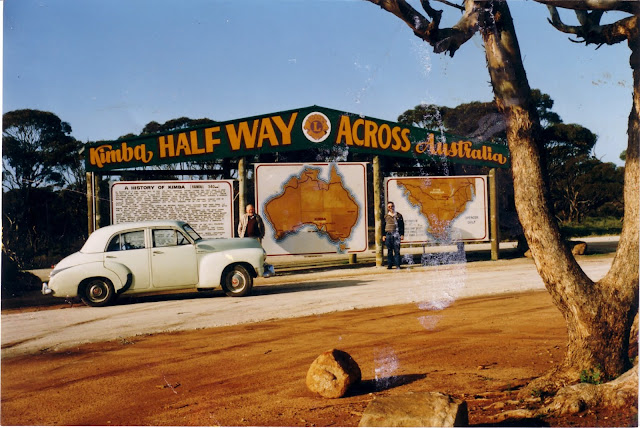 Kimba, Half Way across Australia (John Meredith photo)
This is at Kimba where we interviewed Ma Seal, was about Merro’s trip to see her. The postboard is advertising Kimbar on the Eyre Peninsula S.A. as half way across Australia between Sydney and Perth. 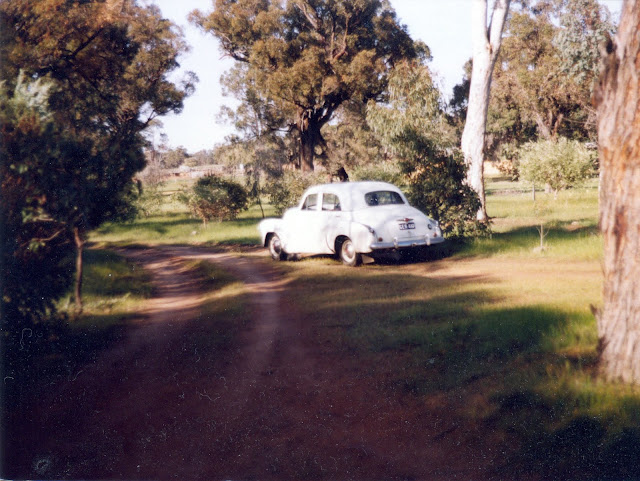 
This one, no people so you mightn’t want it, is at my father’s cousin’s place. At the time Charles and Wyn Lilford, now both deceased. Merro and I interviewed them for the National Library, details in the Merro article I sent you. The name of the farm is East Lynne, set up originally by my great uncle Frank Lilford, and it is at Cranbrook W.A. 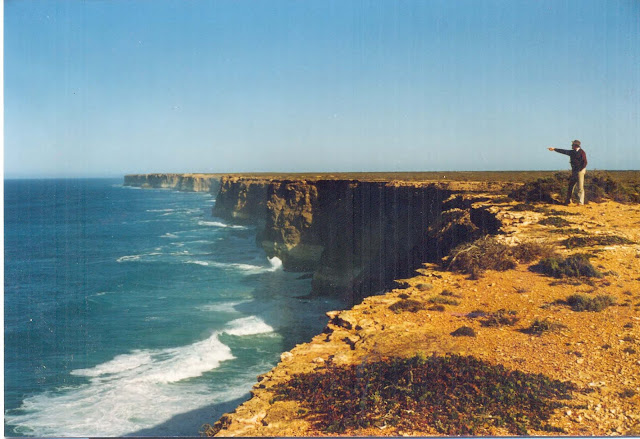 Merro at the Bight, 1991 (Peter Ellis photo)
it says on the back (not my writing) John Meredith indicating the South Pole near the head of the Great Australian Bight. September 1991