The first event I went to was a Saturday Singabout Night held at the Y.W.C.A. on the corner of Wentworth Avenue and Liverpool Street. I worked with Alan Scott at the P.M.G. and he invited me to come along. 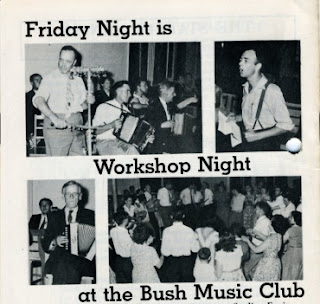 This was in 1955 and as a result I started going every Tuesday to the Workshop Nights which in those days were held at Milsons Point. We rented a room from the Fellowship of Australian Writers. I usually sat in a corner and sang. I was eventually approached by Gay and Alan to join the club as I’d been coming for about a year. I joined in 1956, at about the same time as Duke Tritton.

Tuesday nights consisted of going around the room and everybody contributing an item : singing, playing or maybe a recitation. Then we would go to the latest Singabout magazine and learn some of the new songs. After interval there would be request time for songs from earlier Singabout magazines, and also bush dancing.

After we had moved with the Fellowship of Australian Writers to rooms in Clarence Street in the city, Noreen Grunseit joined us on Tuesday nights and taught us some new dances. Coffee at Repins in George Street became the traditional end to the night. The beauty of Tuesday workshops was that they were held every Tuesday, not once a month, so you didn’t need to think which Tuesday, just turn up, which I did for many years until the move to Marrickville. 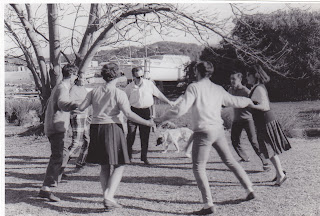 As a consequence of knowing all the words I was invited to join the Concert Party and my first away engagement with the group was to Orange for the Banjo Paterson Festival. Members at that time were Gay and Alan Scott, Jamie Carlin, Jack Barrie, Jan Jones, Sam Ramsay and myself. Jan had been teaching me to play bones and lagerphone.

Some members decided that Sam didn’t look knock about enough and wanted to alter his collar. Sam refused and he and I moved off together, with the others coming up in the rear. We got to where there was an art show with two women out the front with a cash box charging to go in. We heard one women say to the other: “Put away the cash, Gladys. Here come the gypsies!”

With the Concert Party our biggest audience ever was a performance at Bringelly for a World Jamboree of Scouts. There were 5000 Scouts in the audience.

The role of MC at the Tuesday night workshops was shared over the years by John Meredith, Alan Scott, Jamie Carlin, Rex Whalan, Chris Woodland and myself. 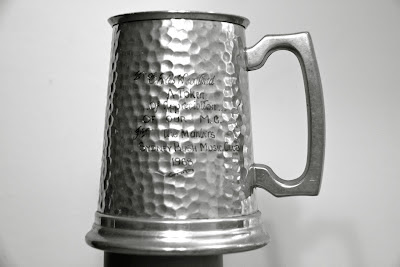 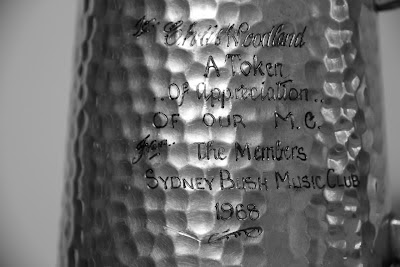 Singabout nights were held on Saturday nights every 3 or 4 months at the B.W.I.U. Hall in George Street. This was a family night and and regular invitations to perform were sent to Silvia and Tom Salisbury, Coral and George Daseyand Denis Kevans. We would operate the Concert Party around these entertainers and Ronda would put on the supper which was the best in Sydney considering that the entrance fee was only two shillings. 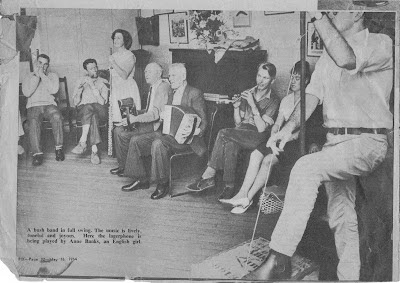 Collection of Ann (nee Banks) and Frank Maher
One day in the early sixties Dale Dengate introduced John to the Bush Music Club. He wrote songs all the time and was invited into the Concert Party as second guitarist to Sam Ramsay. We had just done a gig at the I.O.O.F. Hall and I told Sam that the next date was in a fortnight’s time at the Y.M.C.A. I think that Sam got his initials mixed up and ended up again at the I.O.O.F. As Sam was getting married shortly, he dropped out and John was elevated to lead guitarist.

We celebrated our 10th birthday in 1964 with a variety of concerts, and also a family weekend away at Currawong on Pittwater where amongst campfire cooking, singing and dancing, club member Brian Loughlin led a discovery bushwalk to the Aboriginal rock engravings.

Brian Loughlin, from 1957 picture of The Bushwhackers
(BMC Archives)