I’ve been responsible for a few truly dreadful renditions of some songs in my time, but I’ve also come up with a few okay ones (at least considering the amount of time I went to practising them.) Thanks to my parents, I had a completely painless musical education that stands me in good stead to this day; it began when I was going to sing-alongs in the womb, and never really stopped.

When we were kids, Dad had his reel to reel tape player and one of my inexhaustible supply of uncles four or five hundred miles north had a four track. Come early December Mum, Dad, my brother Steven and myself would start singing a whole bunch of Christmas carols and, once we got them right, we’d record them and send the tape off to Queensland for Grandma, Uncle Dave, Uncle Bill, Aunty Esme and the rest of the gang to listen to. Uncle Dave would send the tape back in January. (Magnetic tape was expensive. My honorary uncle, John Meredith, once described recording watching the tape counter as if it was the meter in a taxi ticking over).

There weren’t any singers in the family up there at that time. I imagine all Uncle Bill’s creative energy was being soaked up by the novels he was writing, so Uncle Dave would record a spoken word letter filling us in on the latest developments in the extended family. It was during one of these letters that we found out that Uncle Dave had more than just a mono tape machine. He hadn’t taped over our singing to record his letter. Instead, he’d added the letter as another track. At one point, he described a succession of deaths, accidents, illnesses and sundry bad news to a series of rousing songs of hope and joy lustily executed by the New South Wales Scott family in full flight; Dad with his stylish steady tenor, Mum who had this knack for communicating liveliness. (I’m not sure how she did this much of the time. She studied acting for a year or more so there was a lot of technique and nurture going into it, but sometimes I got it like, for instance, when she ended a verse with a harmony most of the way up the octave from the basic tune to give the chorus that bit more oomph.) And, of course, Steven and I would fill up the soprano/falsetto bandwidth, figuring we’d have to sing awful loud so that Grandma could hear from all those miles away. 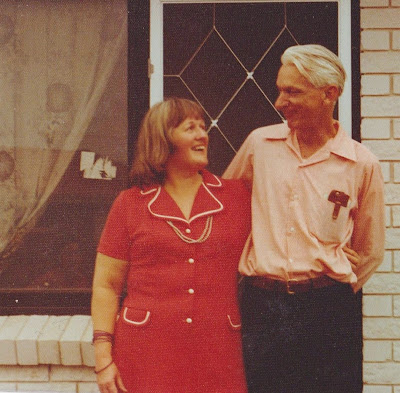 (Scott family album)
Mum and Dad didn’t have much to do with the folk scene during most of my brother’s and my childhood because we were two hungry mouths to feed and there was a ravenous mortgage to provide for as well. I remember one weekend afternoon when Dad had a bit of time to spare between overtime and nightshift. He picked up the concertina and ran through a sailor’s song. Half way into the second verse Steven decided to lose it in a big way and tell mum he wasn’t going for his nap. He ended up howling racking sobs, drawing ragged breaths, lying on his stomach beating the floor with his fists. Dad, unperturbed, sang his way through the scene although he did, eventually, change the words of the chorus from “don’t cry little fishy” to “don’t cry little Stevie.”

I’m really proud of the songs Mum and Dad nurtured over the years and fascinated by the different versions of them that I’ve heard from several generations of performers - from the really early stuff held in the National Library, collected by Dad, John Meredith and others, through the electric Bushwackers, Jason and Chloe and the amazing line up of performers who just keep coming. For instance, the Banks of the Condamine can be tragic or comic. Frank the Poet’s Morton Bay can be a lament or a bitter rant. Which tune for Waltzing Matilda - Who’ll be a Soldier for Marlborough, or the Queensland version? How maudlin can you get Little Fishy to sound at three in the morning after way too much grog? Thanks to everyone for recognizing mum and dad’s contribution. 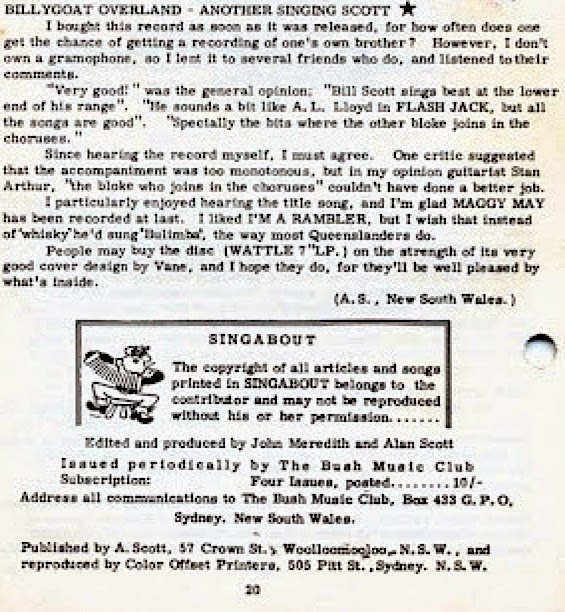 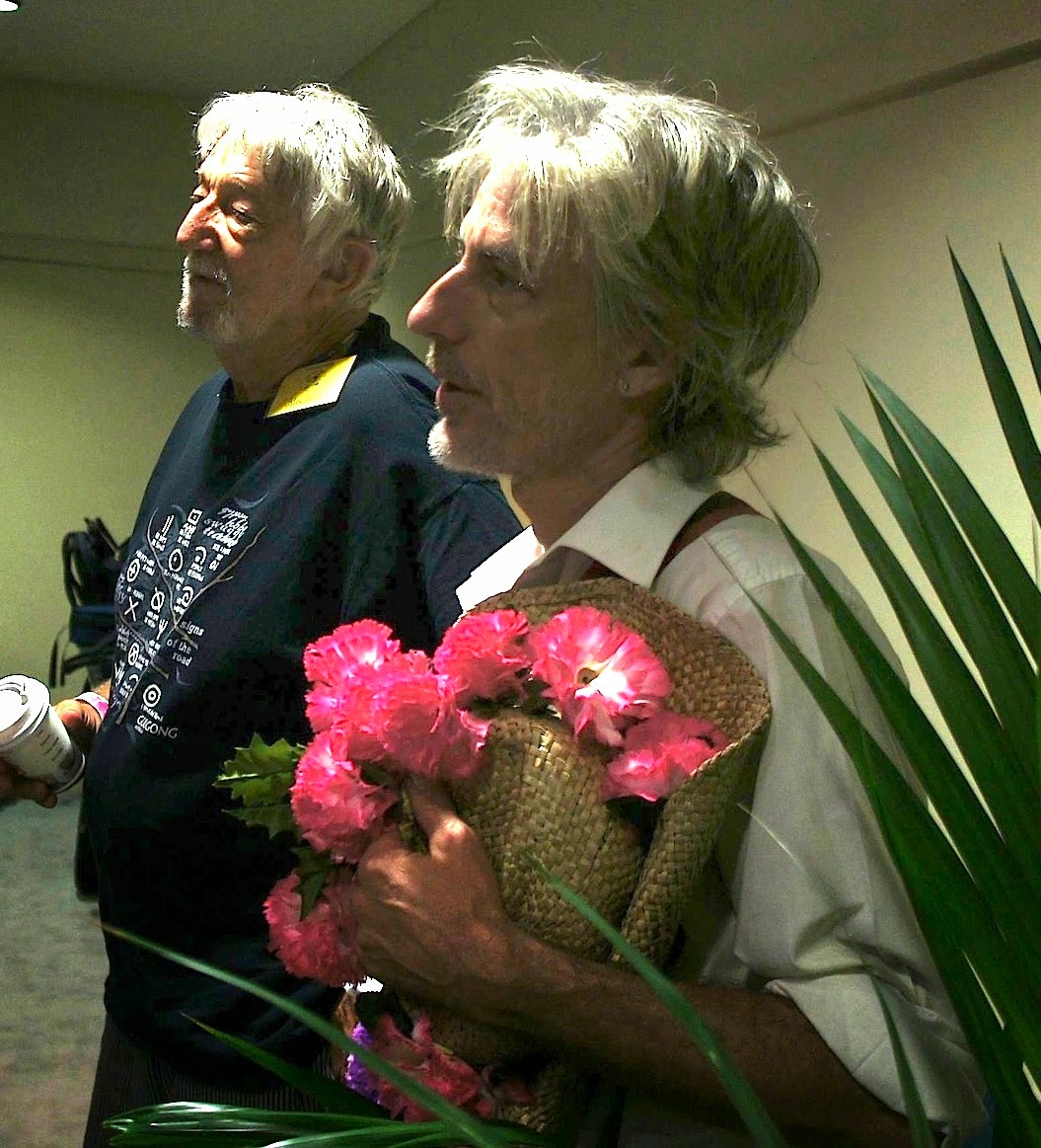