A few comments on John Meredith by Chris Woodland

I have called this short talk on this larger than life man A Few Comments on John Meredith because in the allocated time that is all we can do. The National Library of Australia in conjunction with Gay Scott has already produced the book John Meredith – a Tribute, and the full story of John Meredith will appear sometime in the not-too-distant-future, we hope, written by Keith McKenry.

For now I will just contribute a diverse array of memories of Merro, as he came to be endearingly known.

He was born and died in Holbrook, NSW. His father died when John was quite young. His father had been a violent man when drunk and treated Merro brutally.

As we are aware he became known, in his time, as the greatest collector of Australian folk songs and music; without him, and a few others, a whole tradition would have been lost. 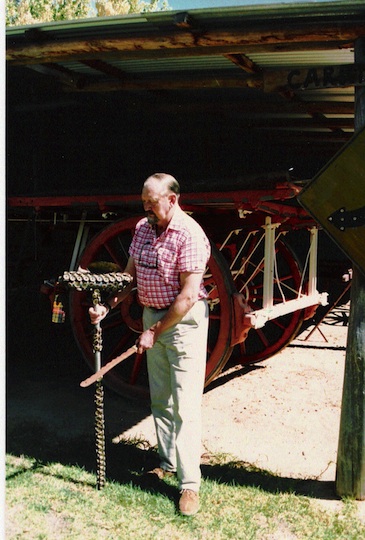 He was also an author of about twenty books, was a poet and reciter, musician and singer. 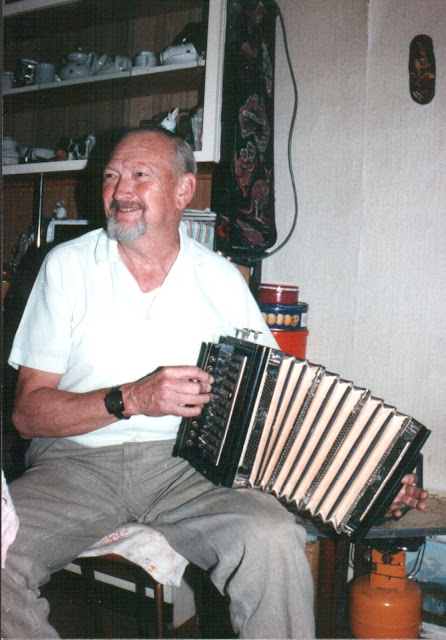 He was good with children. He enlightened and entertained them in an easy but mature manner, treating them as sensible human beings.

He was more than a collector. He was, among many things, a knowledgeable man of many cultures, varieties of music and literature. In my collection I have six books he produced of Japanese Haikus. 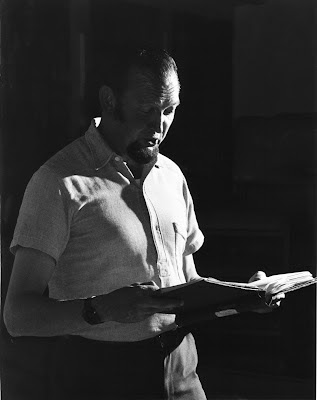 His weekend home near Balmoral Village - later to be his residence after retirement - he called Walden, after Henry David Thoreau's book of the same name. Thoreau's publication introduced the idea of passive resistance to oppose aggressive regimes, and was eventually taken up by the likes of Mahatma Ghandi. Mainly the book described Thoreau's experiences in sustainability on his farm called Walden. Merro was greatly impressed by the publication.

He also had a wonderful knowledge of botany and horticulture, collecting seeds and cutting from far and wide over the years – a rose cutting from an Araluen graveyard in the mid '60s, seeds of the western Kurrajong at Mt Gunderbooka, south-west of Bourke, in the early '90s, and some self-sown Silky Oak seedlings a few short months before he died. Two of those western Kurrajong seedlings grew into proud trees at the Wirrimbirra Native Nursery near his home at Thirlmere, where he moved after leaving Walden. One of those little Silky Oak seedlings is now called the Merro Tree and stands about forty feet high in view from my office. (That is 12.2 metres for the unknowing in our midst.)

Even in his younger days his understanding of chemistry was to a level where he was permitted to produce prescriptions when the Holbrook pharmacist went on holidays. Related to his knowledge of chemistry led to an understanding of which toadstools to eat. Eventually he became very ill following a tasting of a variety of said fungus; so he was human after all! (He made a mistake, but survived.) He never again dabbled with toadstools after that.

He had collected all these songs relating to the shearing industry, but did not work in a shearing shed until he was 73 years of age; that was in 1993 on our way back from Cooper Creek when I took him to a station from my past in the Paroo River area of outback north-west NSW. 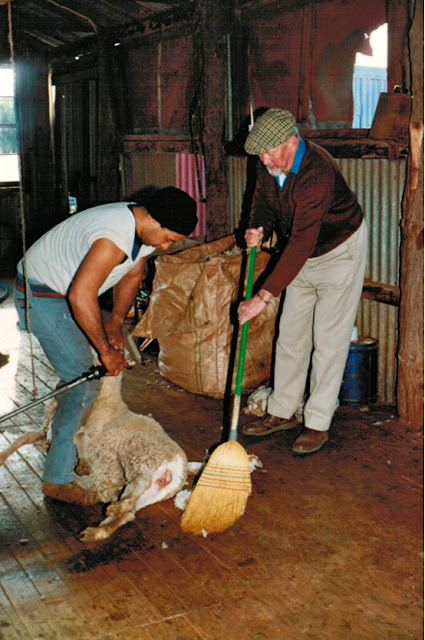 Tom Pahuto shearing with Merro rouseabouting at Salt Lake Shed, June 1993.
Tom, a Maori from NZ, was living in Hamilton Victoria at the time.
(Chris Woodland photo)
As several of us can testify (Rob Willis and Peter Ellis particularly; possibly Kevin Bradley) Merro was a great travelling companion. He was a good cook and when he and I really went bush he would produce a variety of flavoursome meals from the yellowbelly, kangaroo, rabbits and goats that I would hunt. Yes, he was wonderful company when on the road. Almost perfect, but for one negative attribute – his snoring was unbelievably loud! He would wake fresh in the mornings, while his fellow traveller would have suffered a fitful night. 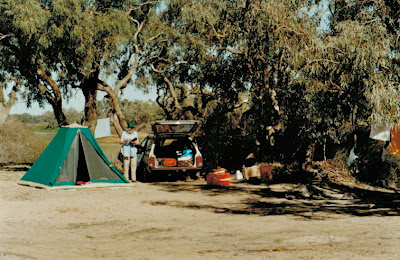