Click on pictures for full-screen image
|The Bush Music Club was founded in October 1954 & published the first issue of Singabout in January 1956. This issue included notice of BMC's First Annual Conference on Saturday 11th February at the International Seaman's Club.

The final issue published was Vol. 6, no. 2, 1967. Issue 6(3) was prepared but never printed and BMC then relied on newsletter-style publications until Mulga Wire started in 1977. 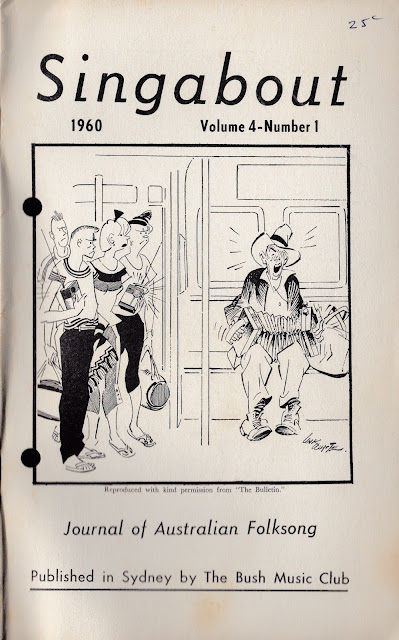 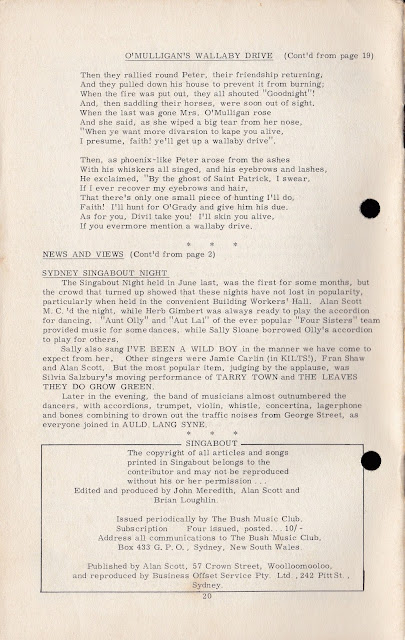 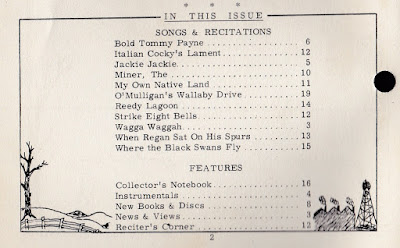 Where the Black Swans Fly - poem by Ted Harrington, set to music by Clair White
A Pub With No Beer by Dan Sheehan, Ingham, Qld. First published in The North Queensland Register, January 1st, 1944.

My Own Native Land (version of Native Mate) - contributed by Mrs W. Anderson of Toronto, NSW

The Reedy Lagoon - tape-recorded in Singelton, NSW, by Joe Curran from the singing of an unidentified guest.
O'Mulligan's Wallaby Drive (tune Villikins & his Dinah)  collected from Jack (Bottle-o) Carter, Victoria 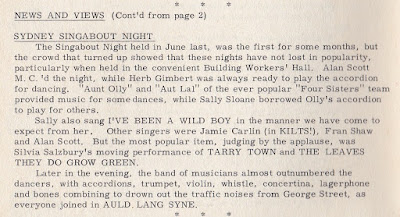 Shearing Along the Castlereagh
The Shepherd's Possessions 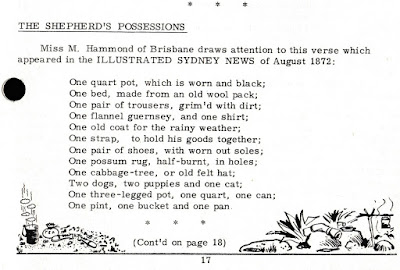 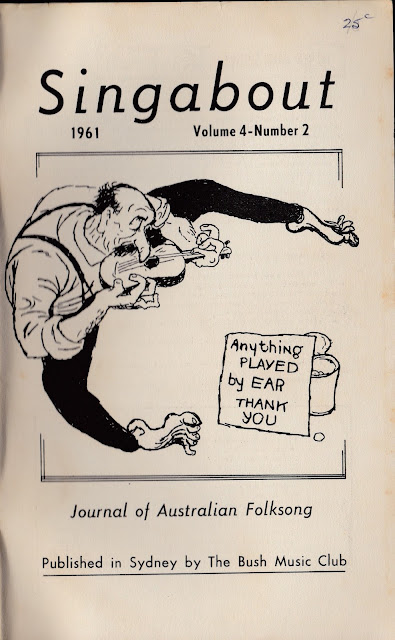 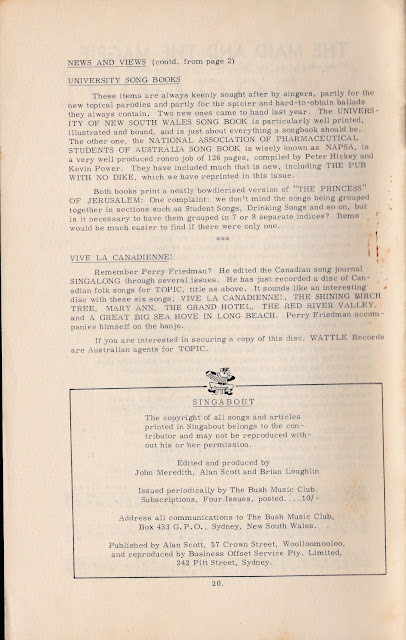 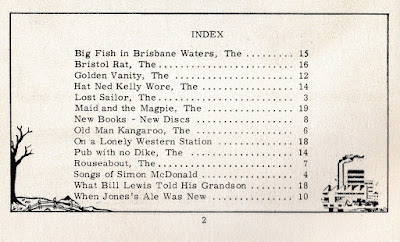 The Maid & The Magpie - collected from "Hoopiron" Jack Lee of Auburn, NSW 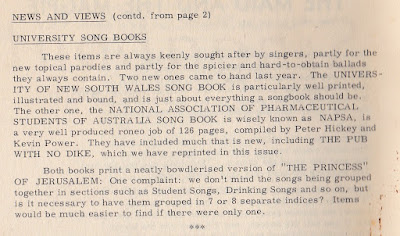 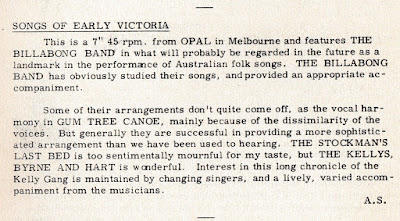 On a Lonely Western Station

The Pub With No Dike

The Big Fish in Brisbane Waters 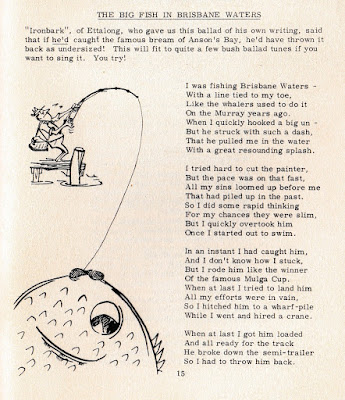 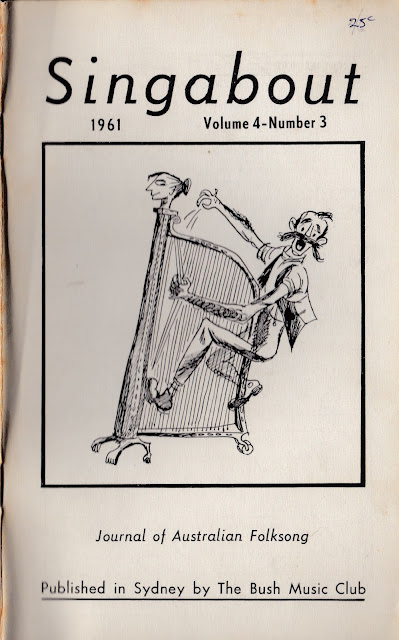 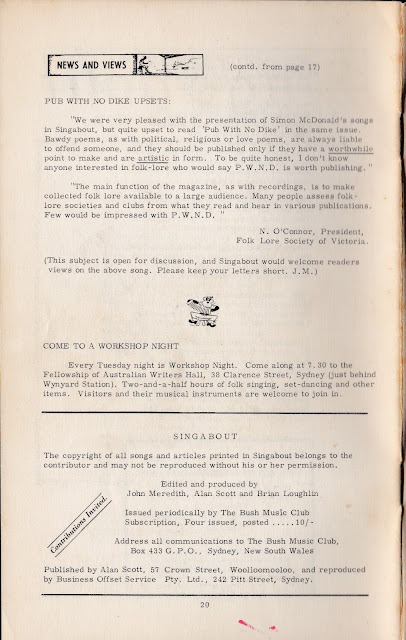 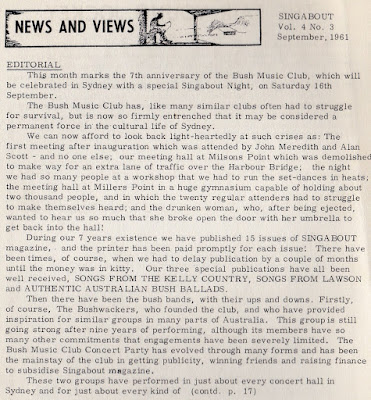 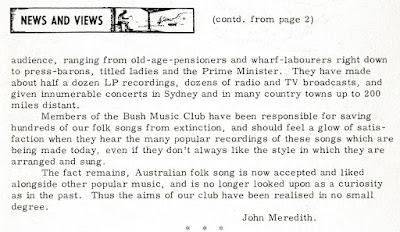 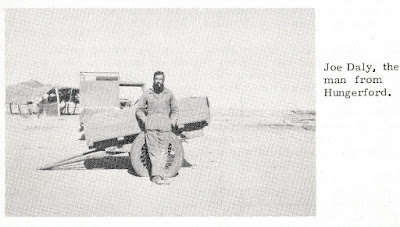 The Whip and The Spur - collected from Mrs Violet Skuthorpe 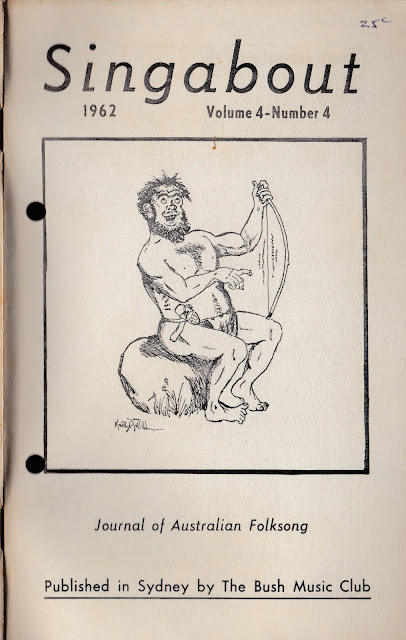 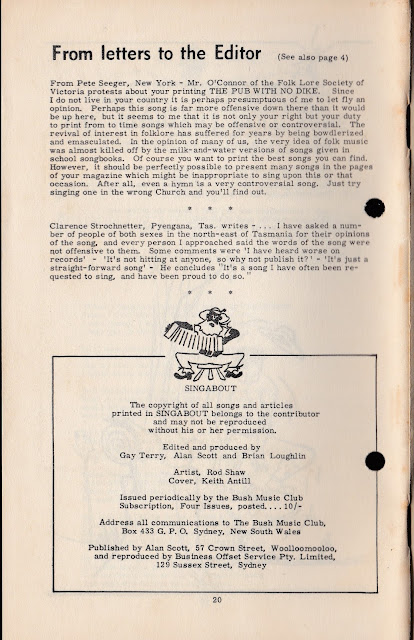 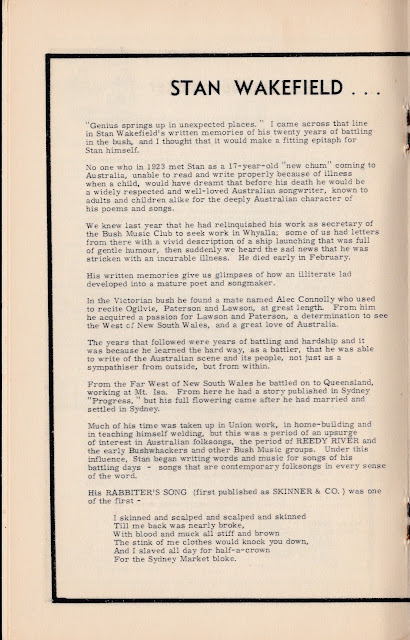 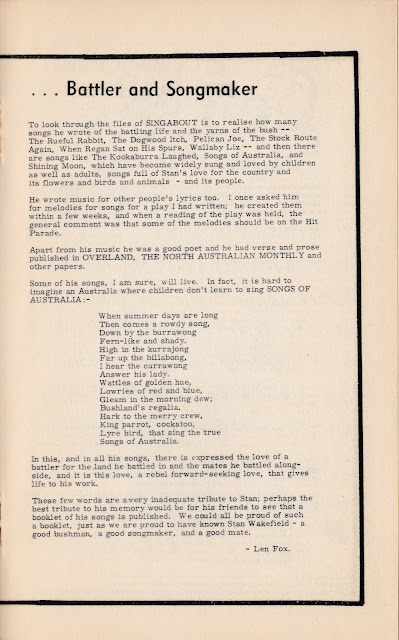 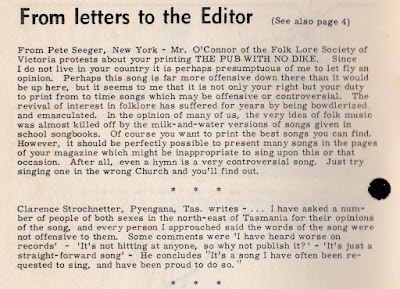 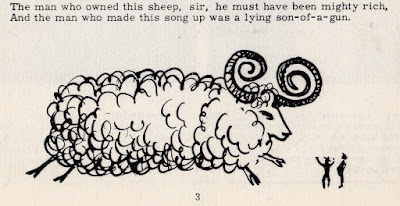 Ireland Over Here - collected by Stan Wakefield from an Irishman in Wyalla, SA

The Canecutter's Lament - contributed by Jimmy Laycock of Ravenshoe, Qld

The Irishman's Gold Mine - collected from Duke Tritton 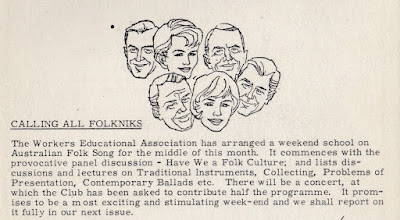 A variation of When Jones's Ale was New from Noreen Grunseitt 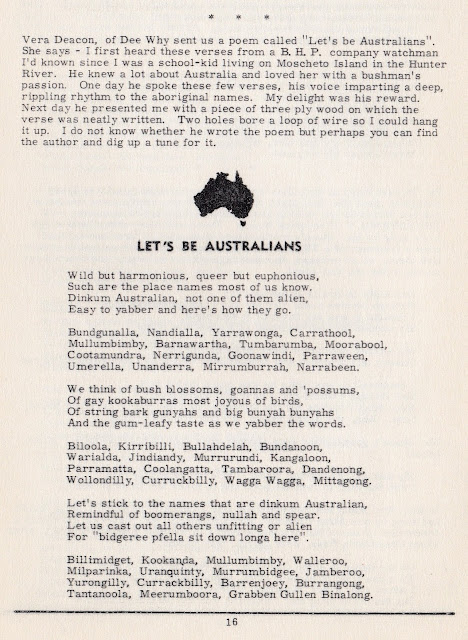