In 1953 Sydney New Theatre put on Reedy River, which had been premiered by Melbourne New Theatre in March 1953. The Sydney production closed on the 30th April, 1954 after a run of nine months. The cast then took the production to many suburban and regional centres.
This production differed from the Melbourne production in having the Bushwhackers, a "bush band" on stage, rather than an orchestra off stage. 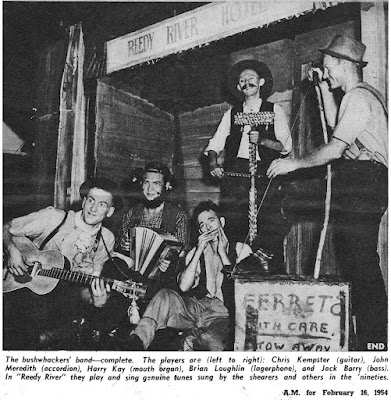 Reedy River publications in our Library