The first Newsletter was published in October 1955, & the last Newsletter/Calendar we have was issued in January 1977, & the January 1978 Calendar was also issued with Mulga Wire.


Our holding are not complete & missing issues will be added as found. 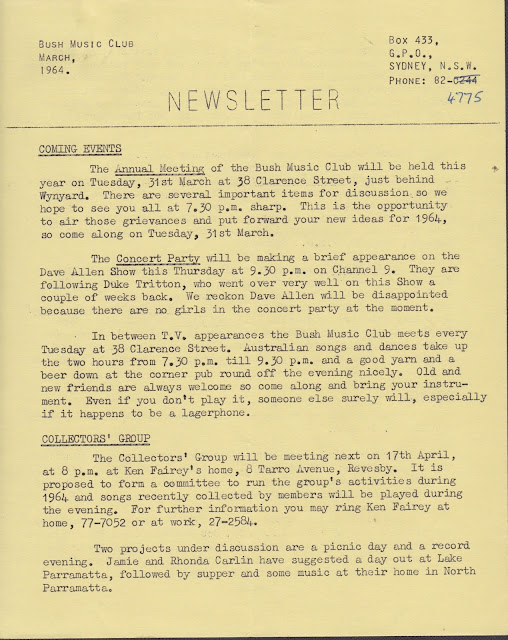 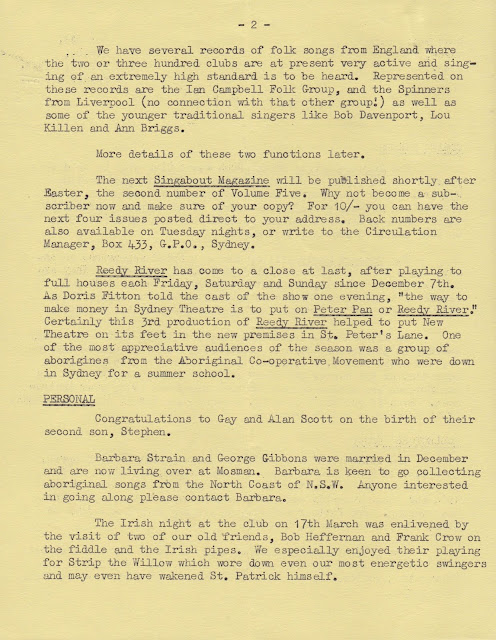 2. Two or three hundred folks clubs are operating in England. Next Singabout magazine is due after Easter. Reedy River has played to fill houses since December 7th & is closing. As Doris Fitton said  the only way to make money in Sydney Theatre is to put on Peter Pan or Reedy River. Review of Irish night . 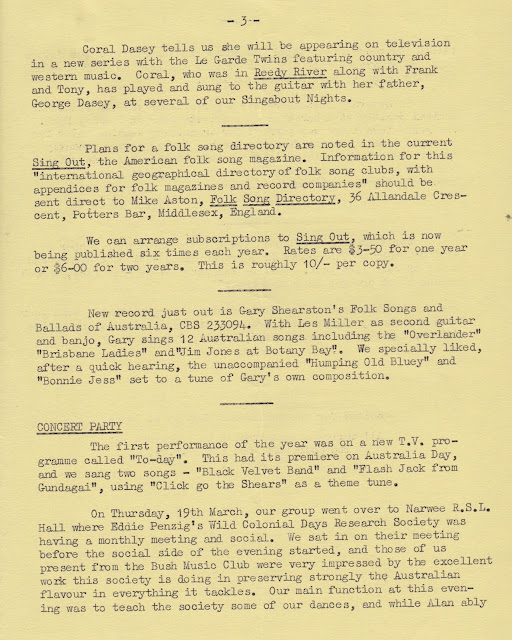 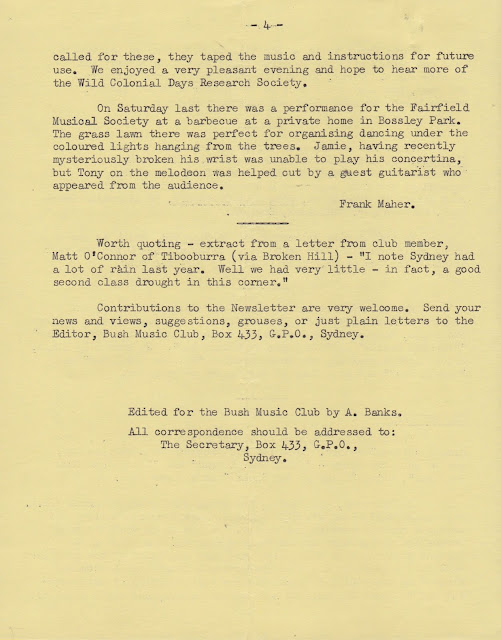 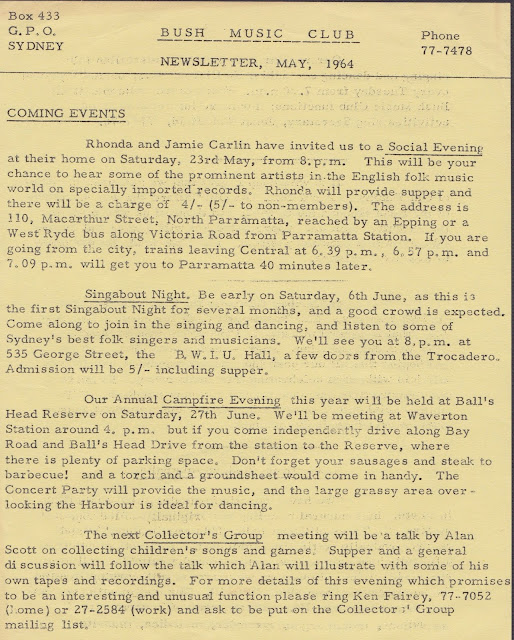 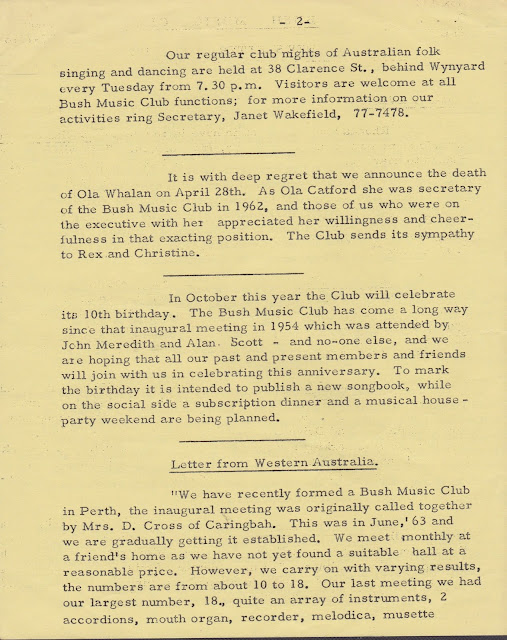 2. Workshop nights every Tuesday. Death of Ola Whalan. 10th Birthday in October. Letter from Western Australian subscribing to Singabout by Bush Music Club of Perth which was established in June 1963 by Mrs D. Cross from Caringbah (NSW). One of their members Ian Conochie recently enjoyed a visit to BMC Sydney. 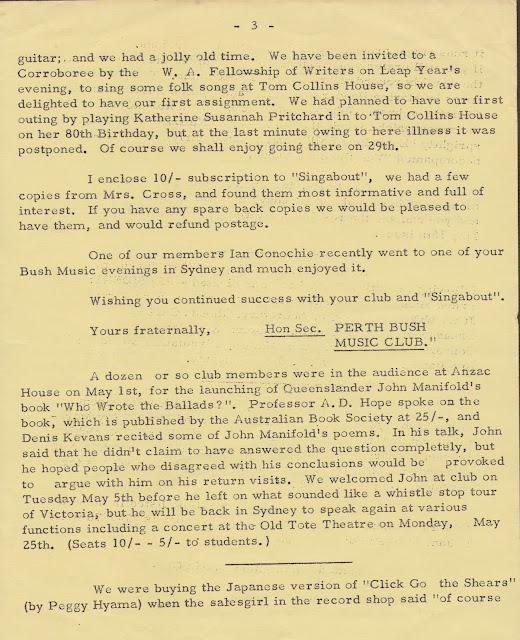 3.  BMC members attended the launch of John Manifold's Who wrote the Ballads?, he also attended a workshop night. 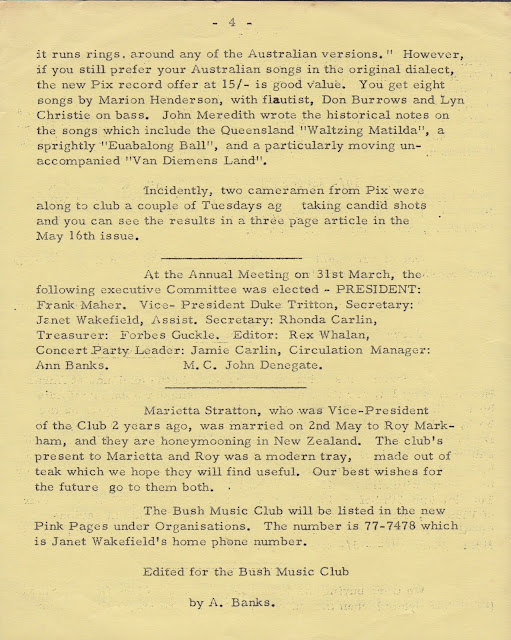 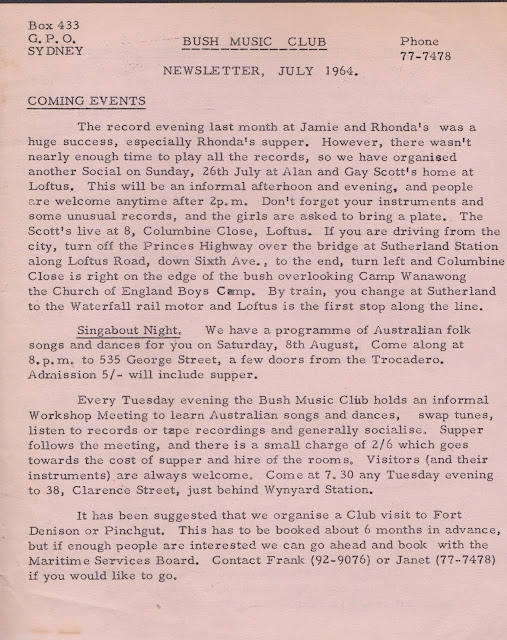 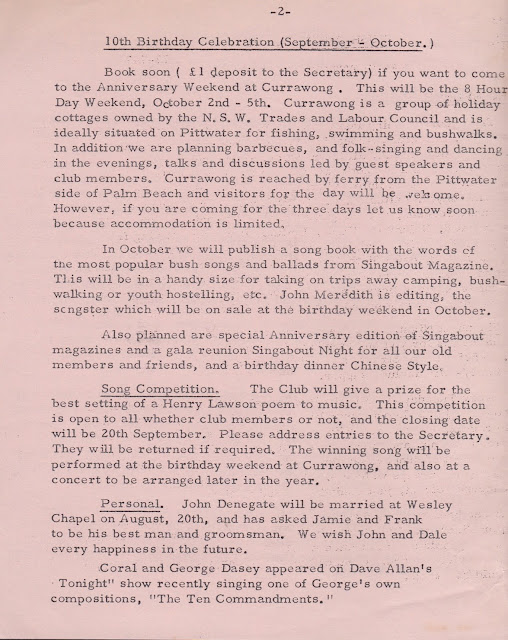 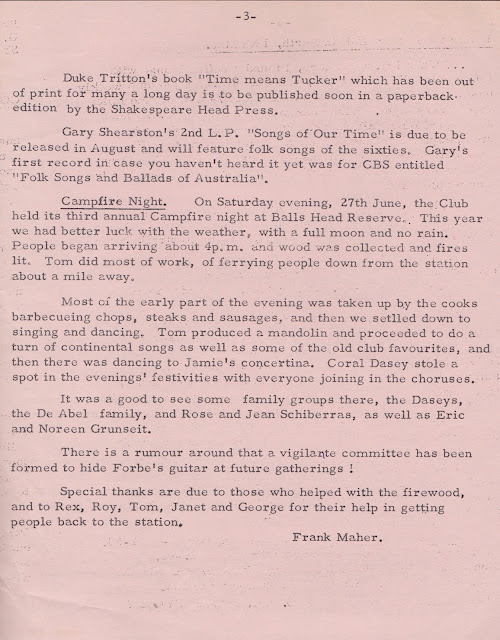 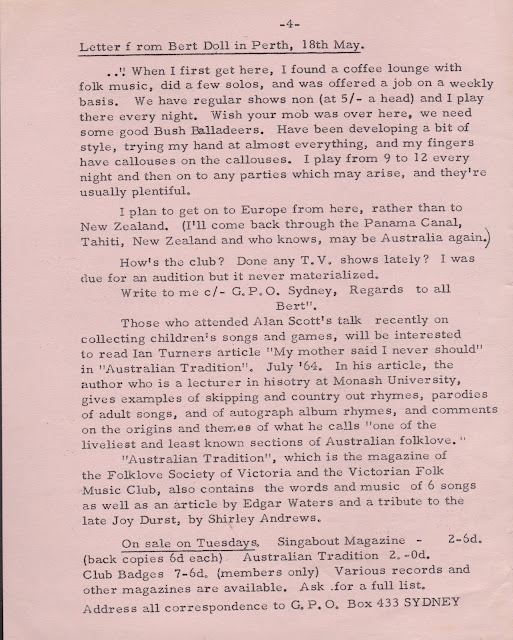 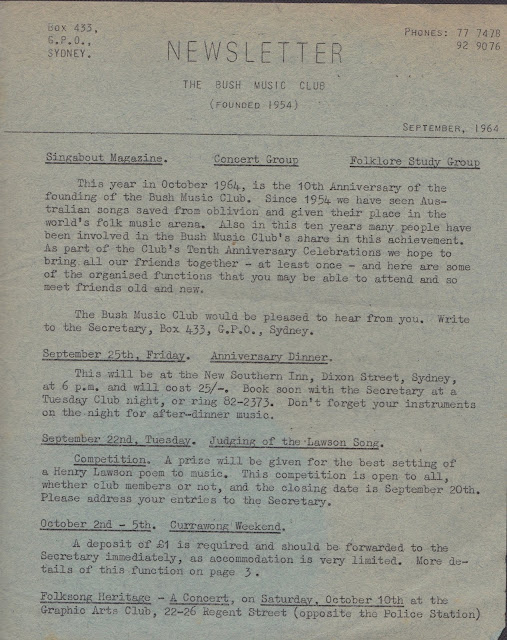 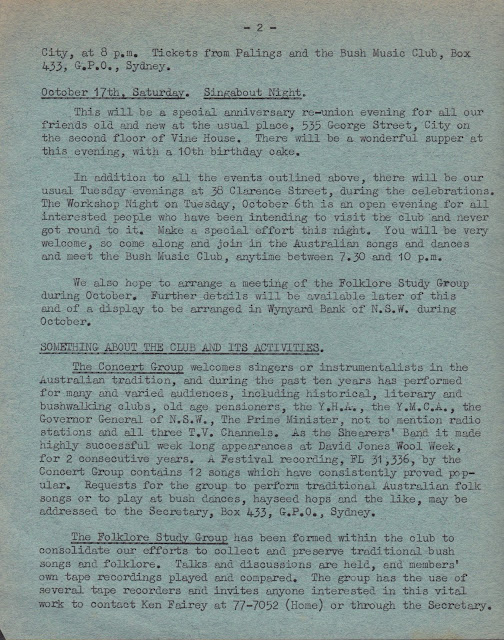 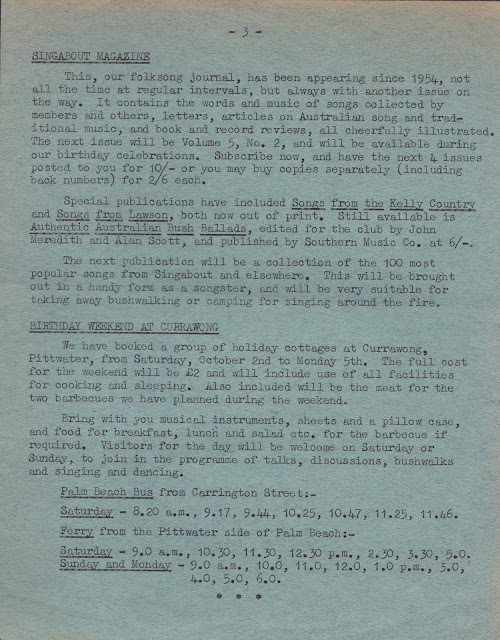 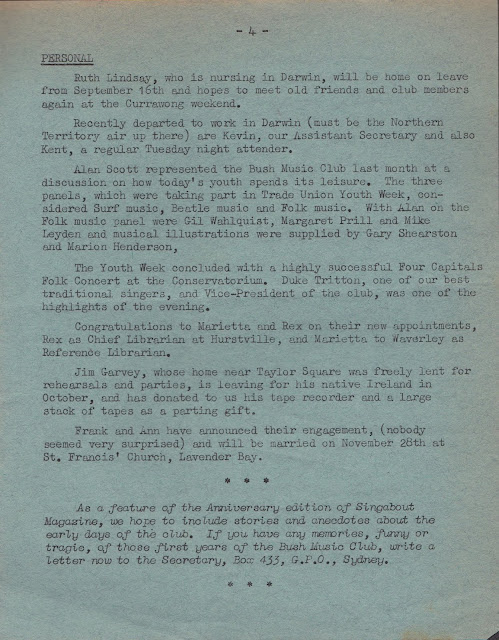 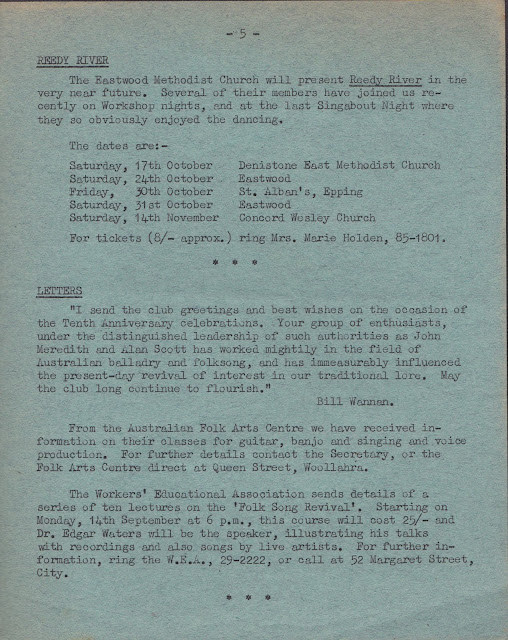 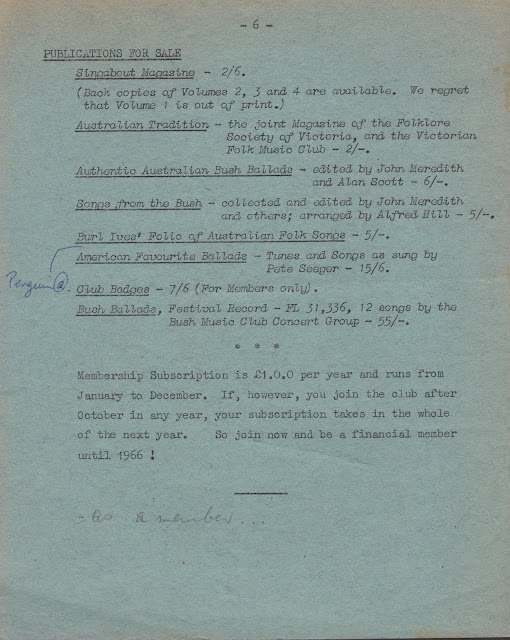 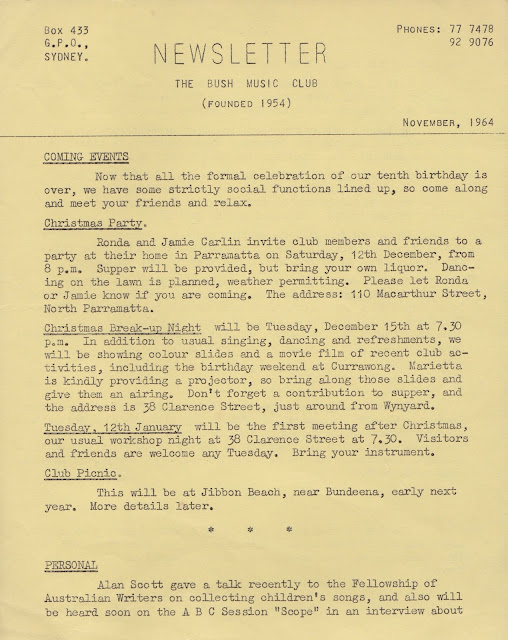 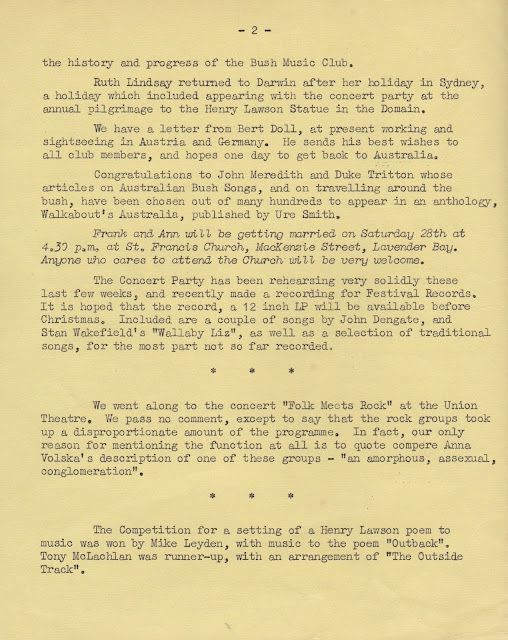 2. Alan Scott will appear on ABC Radio taking about BMC. Articles by John Meredith & Duke Tritton will appear in anthology, Walkabout's Australia. Concert Party has made a record for Festival. Mike Leydon won song competition with his tune for Outback, Runner-up was Tony McLachlan with an arrangement for The Outside Track. 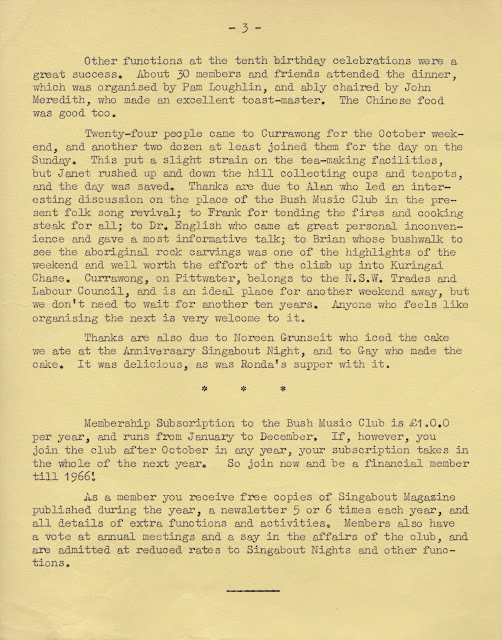 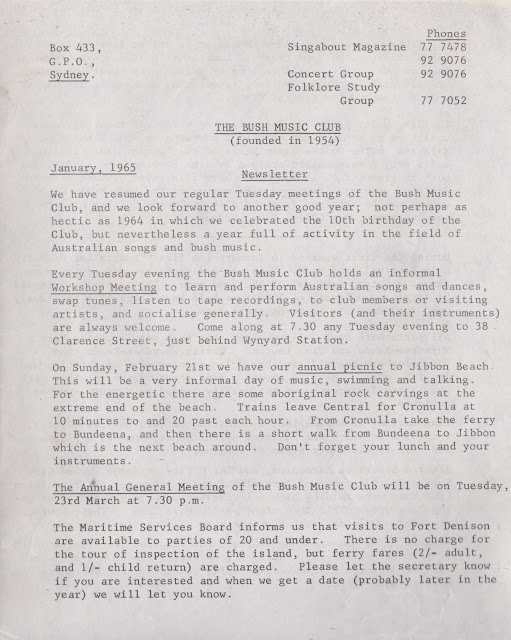 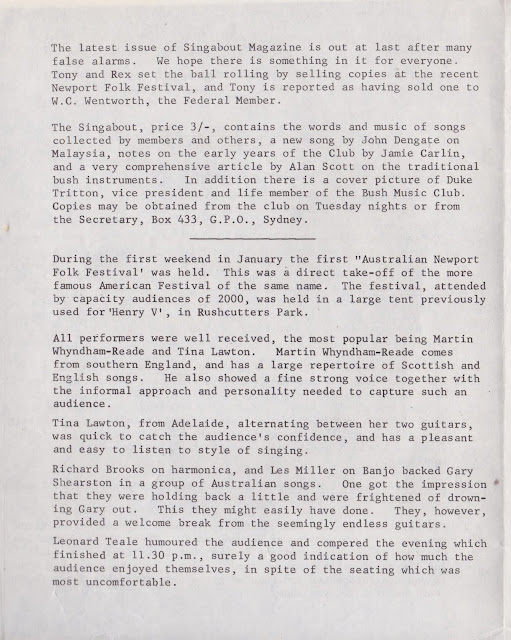 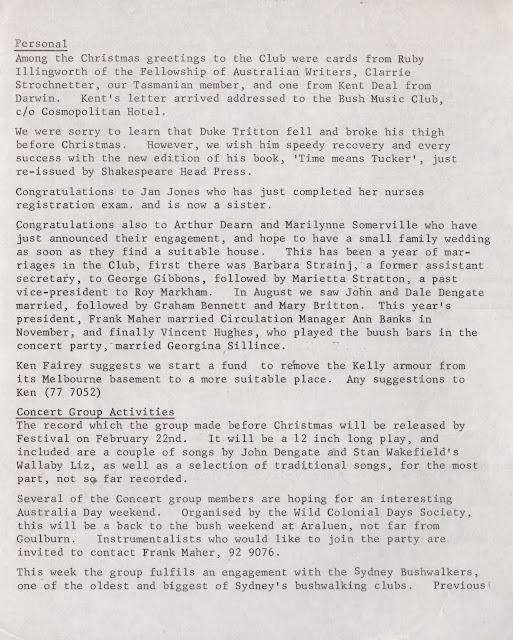 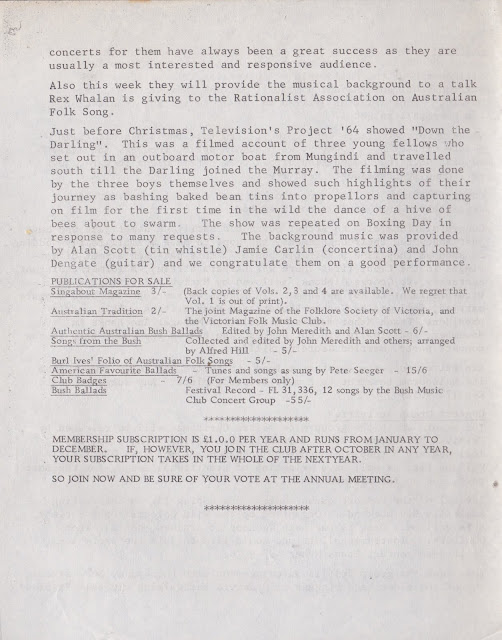 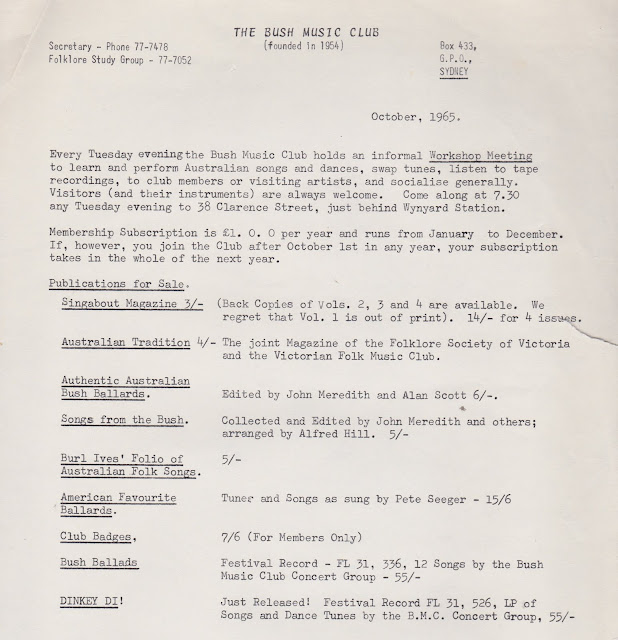 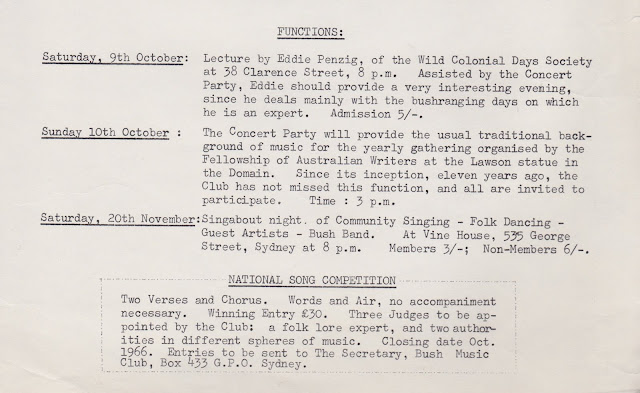 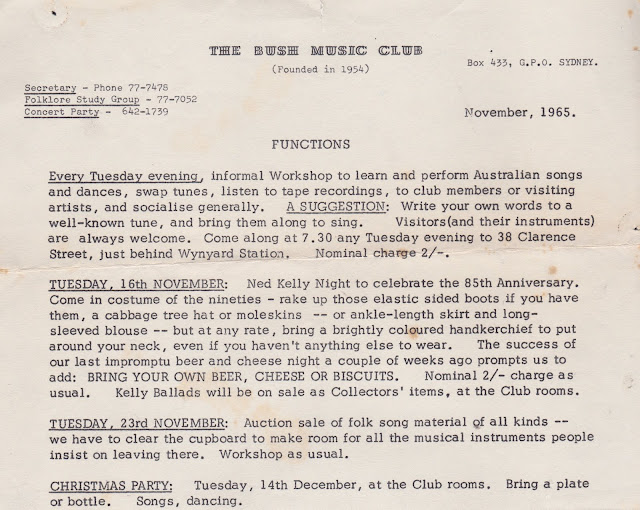 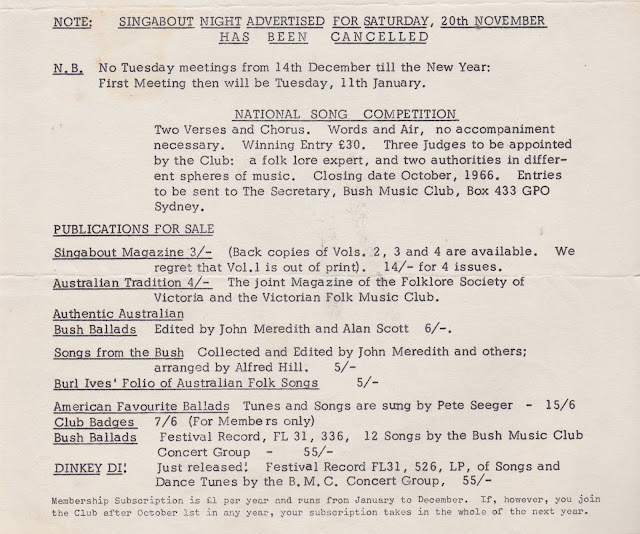