Click images for larger size.
The first Newsletter was published in October 1955, & the last Newsletter/Calendar we have was issued in January 1977, & the January 1978 Calendar was also issued with Mulga Wire.


Our holding are not complete & missing issues will be added as found. 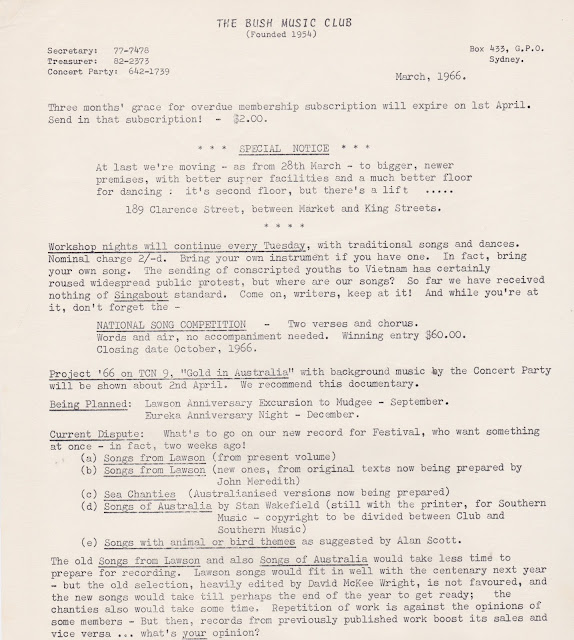 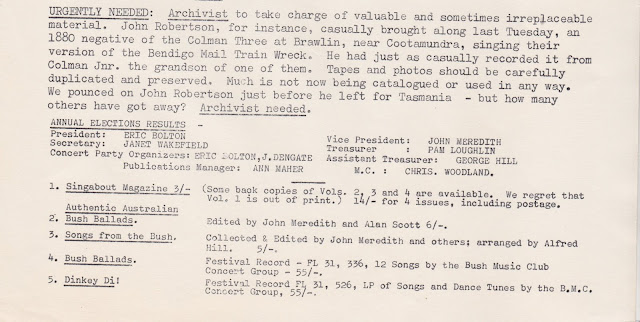 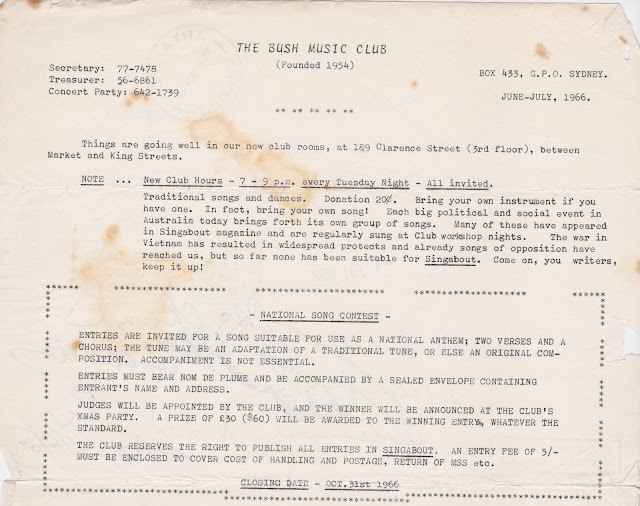 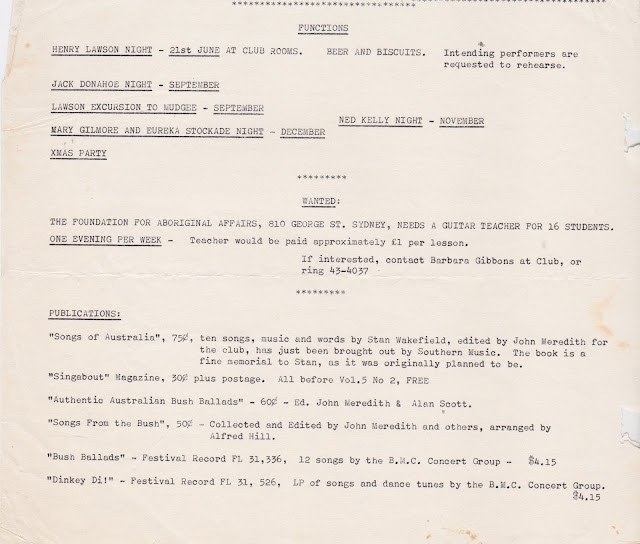 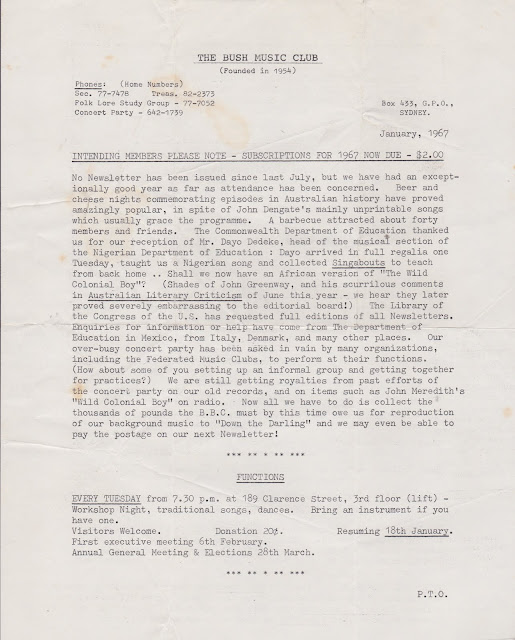 1. No newsletter has been issued since last July, but we have had an exceptionally good year as far as attendance has been concerned.  Beer & Cheese nights, BBQ, Nigerian music educator Mr Dayo Dedeke visited,  taught a Nigerian song & took away Singabouts to teach from. Library of Congress wants Newsletters. Other international enquiries from Mexico, Italy Denmark & others. Concert Party has been busy, but couldn't fit in all performances.  Royalties come in from earlier records & John Meredith's play Wild Colonial Boy.  BBC has still not paid anything for using our music on Down the Darling. 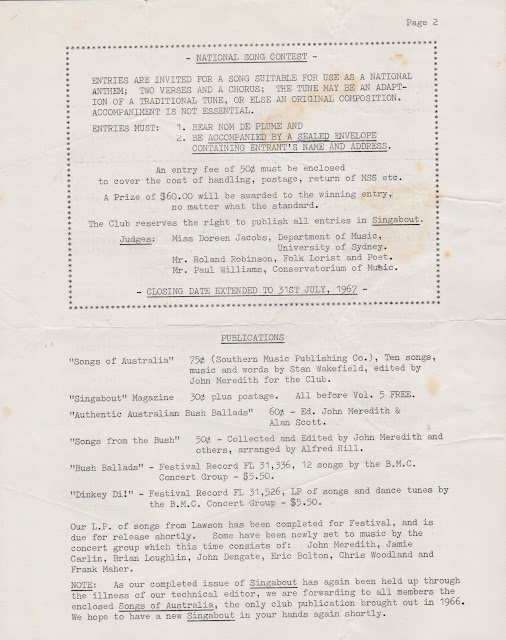 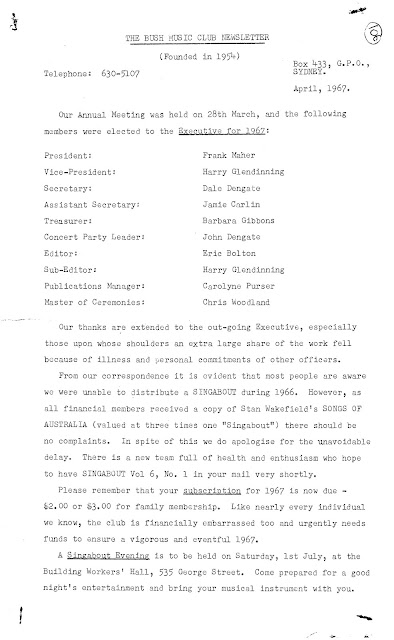 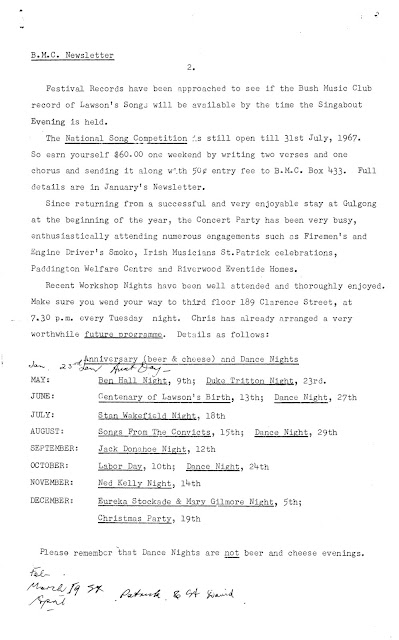 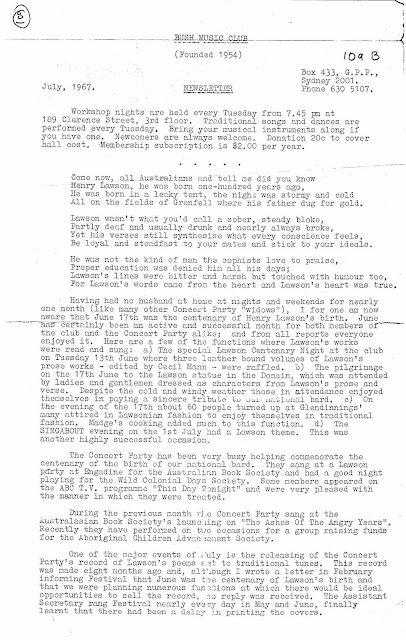 1. Workshop nights at 189 Clarence St. There were many Lawson related functions in June including Lawson Centenary night on 13th, a Pilgrimage on 17th to Lawson Statue in the Domain, attended by ladies & gentlemen dressed as characters in Lawson's prose & verse, & about 60 people some dressed up attended party at Glendinning's place the same evening. 1st July Singabout theme was Lawson. Concert Party sang at a Lawson party for Australian (sic) Book Company at Engadine. They also played for the Wild Colonial Days Society, & some members appeared on ABC TV's This Day Tonight, & sang for Ausralasian (sic) Book Society's launch of "The Ashes of the Angry Years." They have also performed on 2 occasions for a group raising funds for the Aboriginal Children Advancement Society. Release of Concert Party's record was delayed by the record company so missed these events. 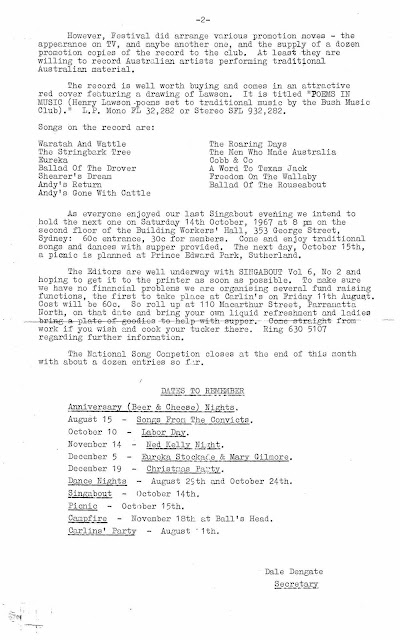 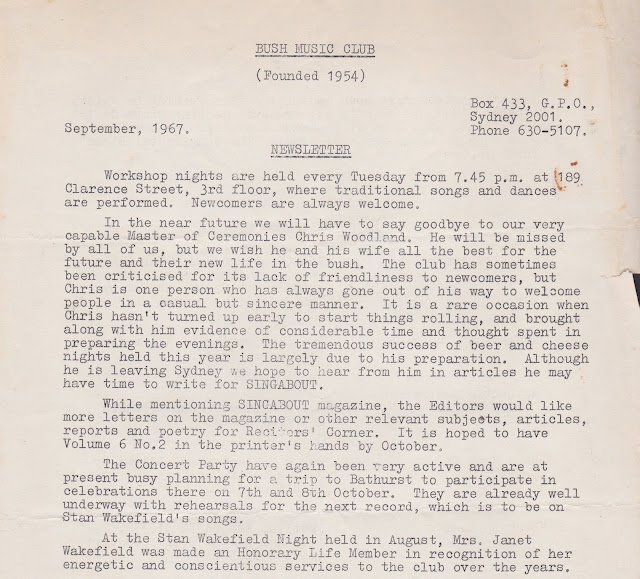 1. Workshops nights on Tuesdays, 189 Clarence St.  Farewell to MC Chris Woodland who is leaving Sydney. Contributions are wanted for Singabout 6(2). Concert Party has been busy & are rehearsing for their  trip to Bathurst & for their next record, on the songs of Stan Wakefield. Janet Wakefield received Life Membership at the recent Stan Wakefield night. 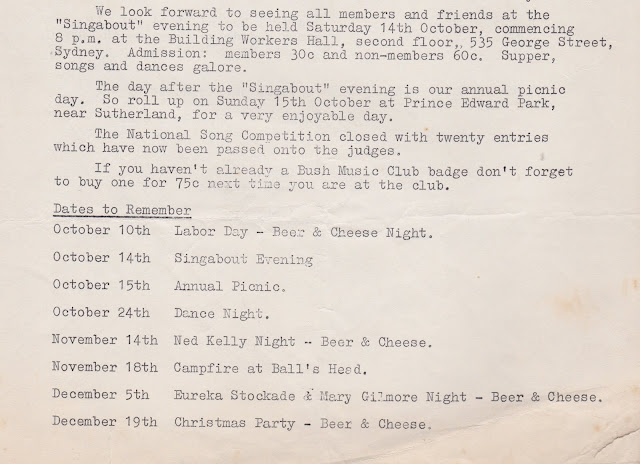 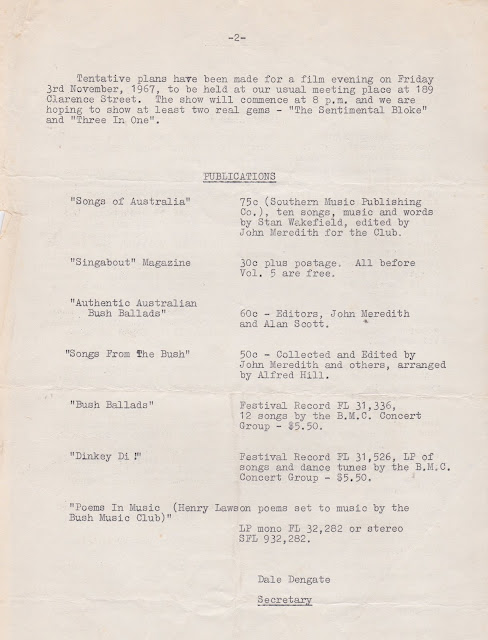