From the Archives - Correspondence between West Sydney Singers & John Manifold

The West Sydney Singers were one of the small singing groups doing their best to popularise Australian songs in the early 50s.

The letters are not dated, but were written between 1953 when the first edition of Bandicoot Ballads was published & before Sheepwasher's Lament was published in the second edition in 1955.

Jamie Carlin who joined the West Sydney Singers sometime in 1954 after seeing Reedy River, was not aware of this letter (May 2020)
The First Few Years by Jamie Carlin. Talks from BMC's 2012 National Folk Festival Themed Workshop on BMC's First 10 years.

Thanks to Sutherland Library's Local history Librarian Helen McDonald for locating these photos, and to the Library for allowing them to be reproduced here.
West Sydney Singers at the Henry Lawson Concert, West Como, 18th September 1955 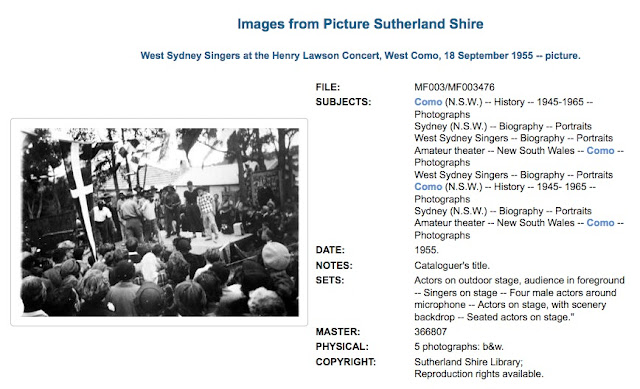 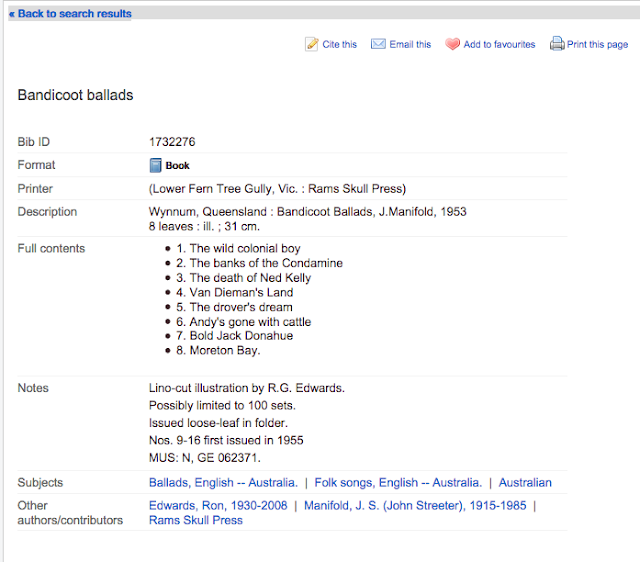 From the Archives - Bandicoot Ballads by John Manifold 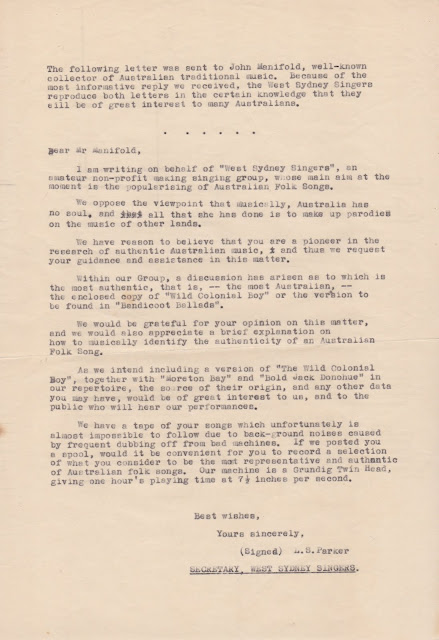 1. Copy of letter sent by West Sydney Singers to John Manifold, with statement as to why they are distributing them. 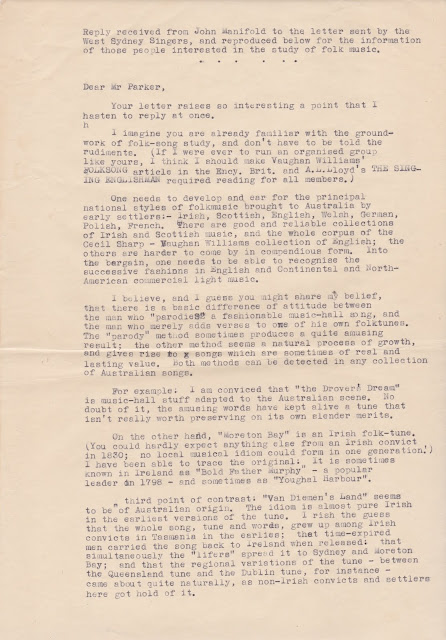 2. First page of John Manifold's reply (un-numbered) Page 2 is missing (unless the following pages were mis-numbered) 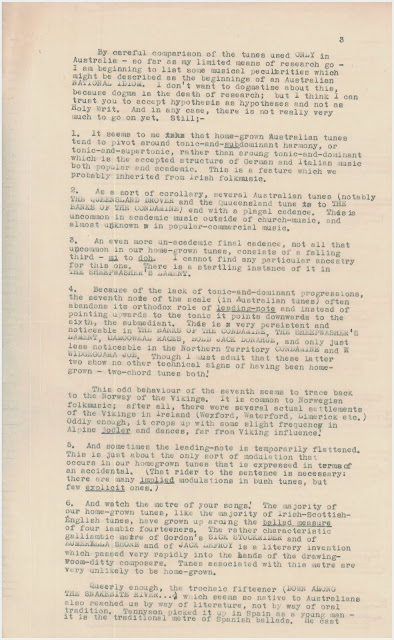 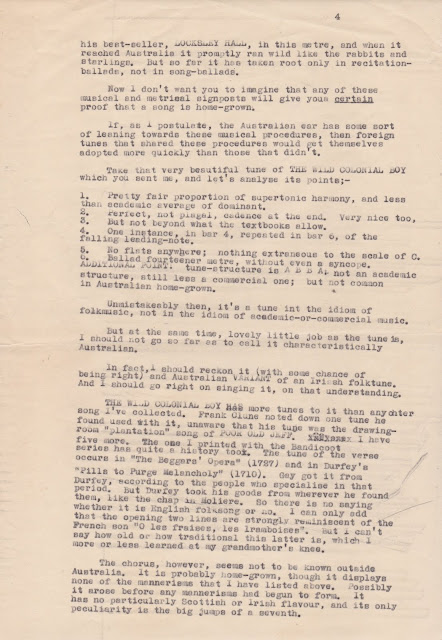 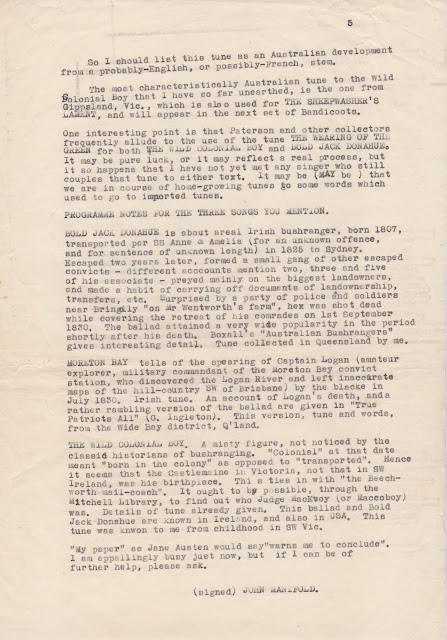