The Bush Music Club was involved with the Scouting movement from the 60s. Bob's parents Ken & Grace Bolton had been scouting leaders since at least 1948. Ken designed a lagerphone striker & introduced lagerphones to Scouts, aka lollywaterphones (conversation with Bob)

Extract from the talk Frank Maher gave at 2012 National Folk Festival on our First Ten Years - With the Concert Party our biggest audience ever was a performance at Bringelly for a World Jamboree of Scouts. There were 5000 Scouts in the audience.

NSW scout numbers peaked in 1971, and the 9th Australian Jamboree at Leppington was attended by 16,000 scouts. 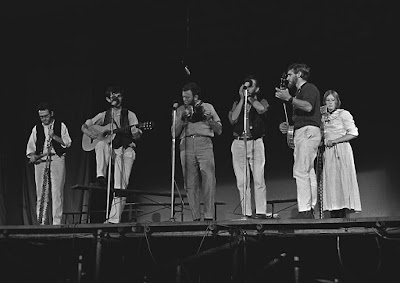 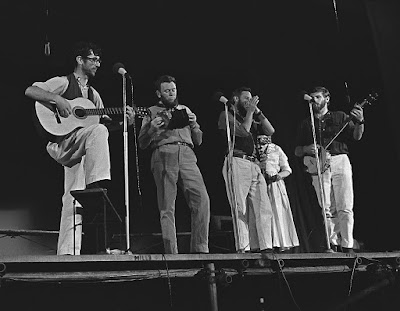 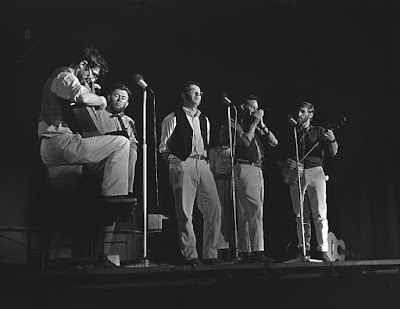 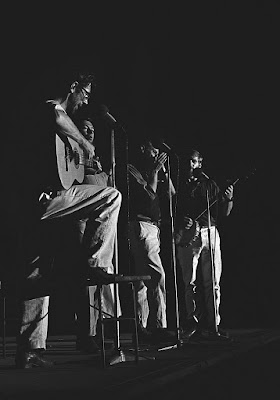 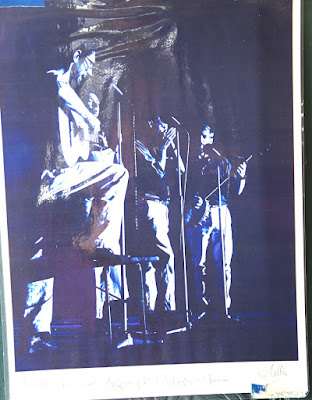 5. this A3 photograph was removed from the walls of the Hut a few years ago 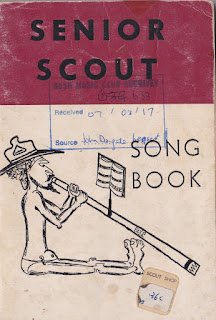 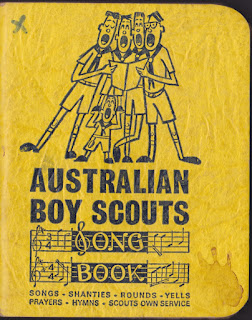