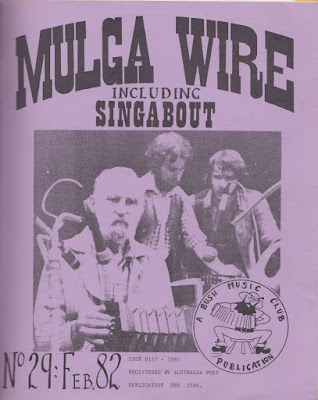 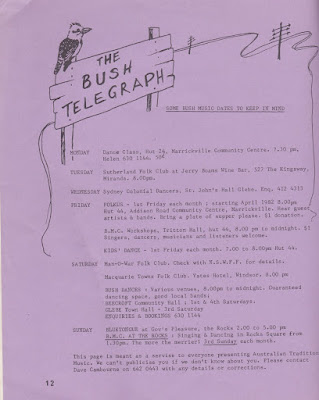 A lively correspondence, at first in emails, drawing in further members as their names were suggested, then on our Facebook page, led to identification of many of the dancers and musicians in the photos.


Special thanks to all as the photos that circulated were copies, and not high resolution.

In the first photo, the only person I recognised is Sally Leslie who is the caller, standing at the far right.
In the second photo is Wendy Richmond, 4th from the left, in the row of females and in the middle is Sally Leslie with Lance Green. The fifth female on the left, either Sharyn or Pauline Cambourne or Wendy Richmond would recognise.
On the right amongst the males, it looks like one of the Bolliger brothers, and about two from him, it looks like Heather Clarke's brother.
The first female on the left might be Pauline Cambourne, but I have never seen her with long hair. This was a year before I joined the BMC.
Sharyn identified a Mark Egan, but I think it is Mark Dabbs.

Yes I recognise lots of people.
The Band:
That's me playing concertina - Lionel Swift playing mouthorgan - the box player was a NZ musician called Barry (don't know his 2nd name but I do know he died some years ago).  Don't know who is playing bush bass.

The dancers:
The girls on the left starting from the front:
Kate Dabbs (can't remember her unmarried name)
The next girl looks familiar
I think the next one is Jeanette (one of the nurses - the one who died in an accident)
Wendy Richmond
Julie Pryor
I think the next one is Wendy another nurse but she doesn't seem tall enough (I can't remember her surname but my friend Julie will know and she can confirm Jeanette as she was one of the nurses too)
Jenny Pryor

At the very back - I think that is Tony sitting down

The boys on the right starting from the front:
Mark Dabbs
Not sure of the next three
Andrew Park with beard and curly hair
After Andrew is a bloke from Scandinavia on working hols, he came to all the dances but I can't remember his name
George Bolliger
Allan Phillips

It's a bit hard to see everyone's face on the screen but I am surprised Stuart is not there and Don. Also Julie Furneaux, Heather Clark (Andrew Park's sister) and Margaret Bolliger (she came with Wendy) but there are people sitting down and looks like 10 couples in the circle dance. 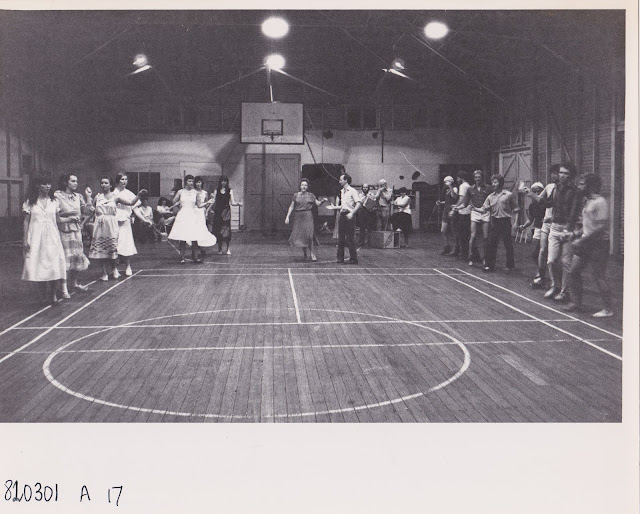 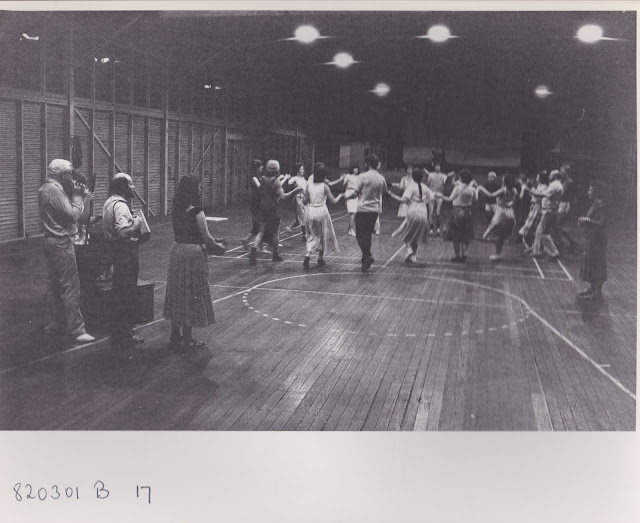 
That's me (Helen Romeo) playing concertina - Lionel Swift playing mouthorgan - the box player was a NZ musician called Barry (don't know his 2nd name but I do know he died some years ago). Don't know who is playing bush bass.