Click on pictures for full-screen image
Thanks to Ray for sharing his photos.

In 1981 he began the research and collection of material on the history of the harmonica in Australia, & published his first harmonica book in 1995. His second followed in 2014.

The Rouseabouts - a rattling good bush band. an interview with Ray Grieve  by John Low at Simply Australia website

The Rouseabouts flourished from the mid 70s to c1983 and Ray left in 1981.
I understand it was also through your involvement with the Rouseabouts that you began researching the history of the harmonica in Australia?
Yes, aside from being able to develop and improve my own flute playing in a professional environment, it was through the Rouseabouts that my introduction to the old records of Raema's step-grandfather, P. C. Spouse, came about.
Bob Bolton, being a harmonica player and BMC identity, had received a taping of them from John Meredith and hearing them was the catalyst for my many years of research into the history of the harmonica in Australia. Five years of playing traditional music had given me a real passion for Australian music history and I formulated a project to research, collect and preserve rare items of music from the past. The end result of this was the book, A Band in a Waistcoat Pocket: the Story of the Harmonica in Australia, published by Currency Press in 1995.
~~~~~~~~~~~~~~~~~~~ 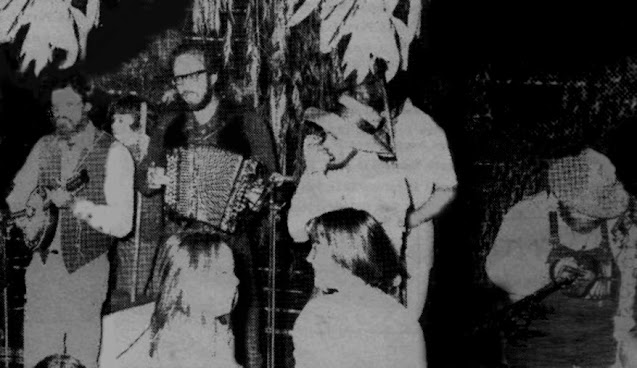 Was it in 1978 that you participated in the re-opening of the historic Hartley Village on the western edge of the Blue Mountains?Yes, in August 1978, we were approached by the NP&WS to provide a segment of music relating to the history of the crossing of the Blue Mountains for the newly restored and renovated Hartley Village. It was recorded at R. D. Barlow Pty. Ltd. in North Annandale. It comprised vocal and instrumental offerings which were edited into an audio-visual slide presentation around a separately recorded oral history of the event, running for around 30 minutes. This audio-visual display was for permanent showing to tourists in a small theatre room in the old Rectory/Presbytery building in the village.

We were also booked to play at the Opening Day Ceremony at Hartley Village on the 14thAugust. The State Government had spent a lot of money on the restoration and there were many dignitaries, politicians and local identities present on the official guest list.
It was a hugely successful day all round with great weather as well. Our transport from Sydney and back was arranged and we played all day in the open outside the old Courthouse. Inside the Courthouse there was also a permanent audio presentation featuring Declan Affley among others. The Opening Day event was covered by the Sydney Morning Herald and local Lithgow press and on ABC TV and Prime TV from Orange. After a photo session with the State Minister Mr. Crabtree, we were invited to call in to the local apple orchard shop of Barry Morris on the way home to collect a bucket of apples each.
The audio-visual ran for another 7 years or so in the old Rectory/Presbytery building and was then transferred to the old Post Office building after it was partially restored around 1985. It ran there for another 10 years or so, until it was water-damaged after a bad storm. It is now housed in the Farmers' Inn. 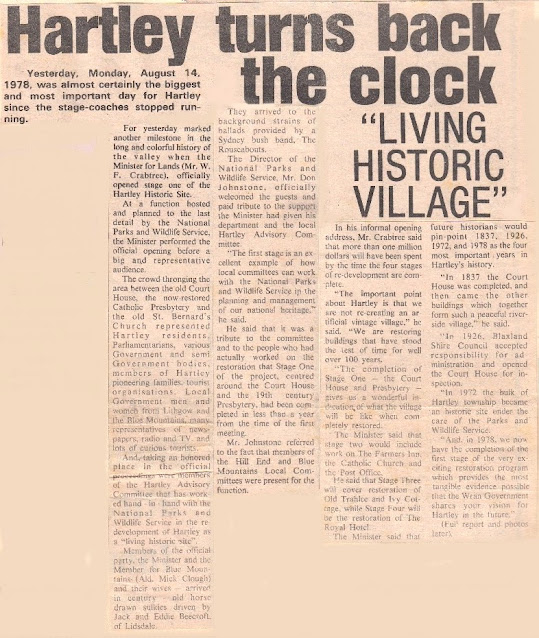 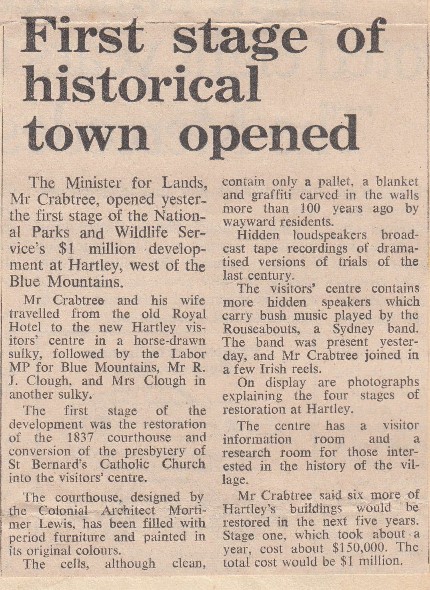 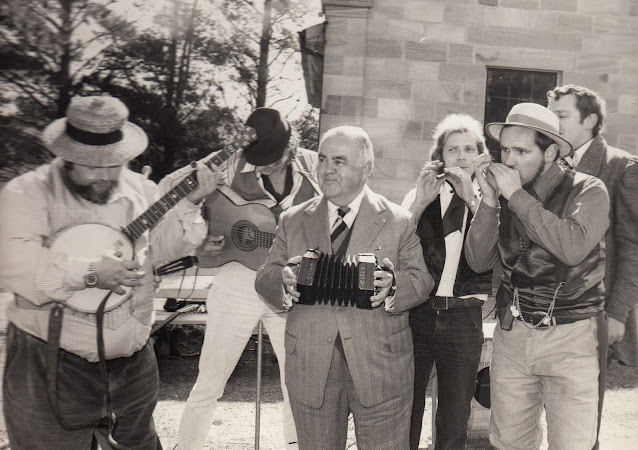 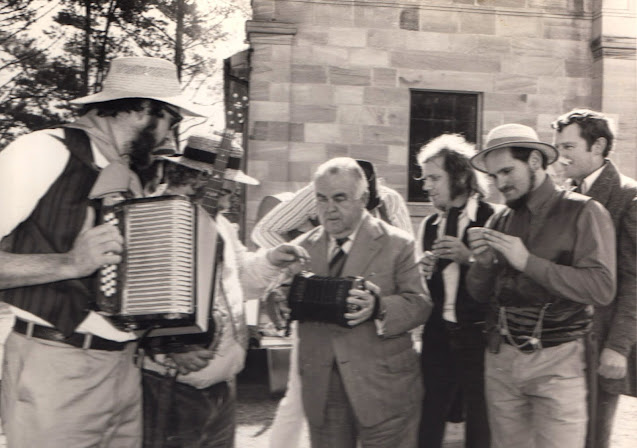 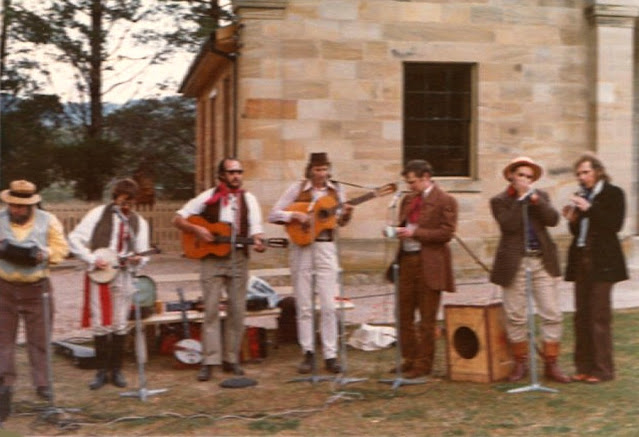 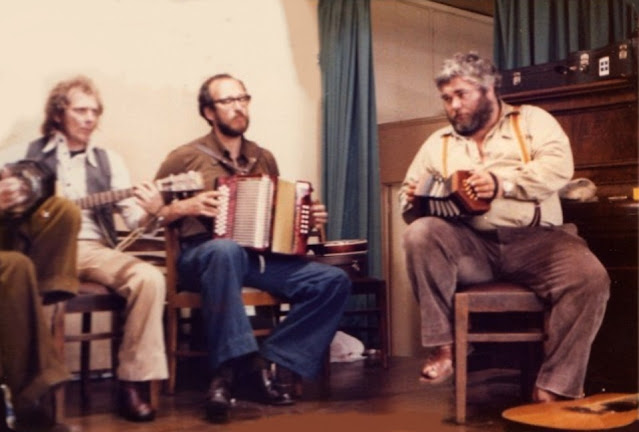 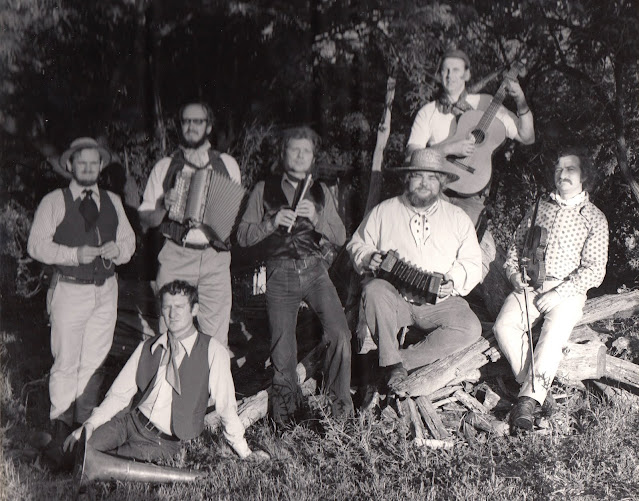 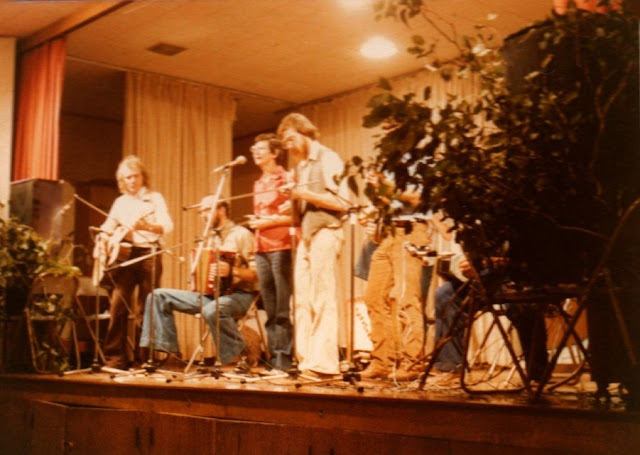 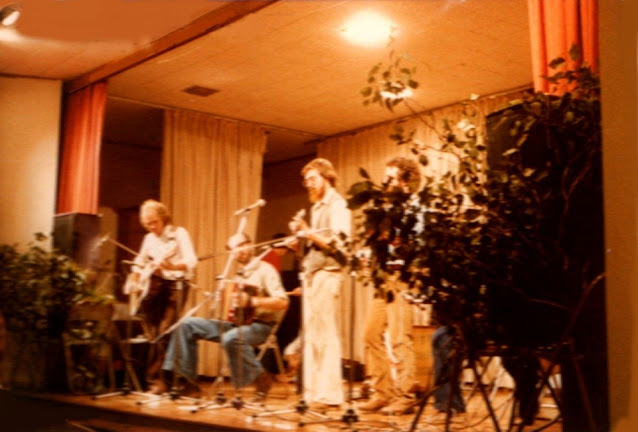 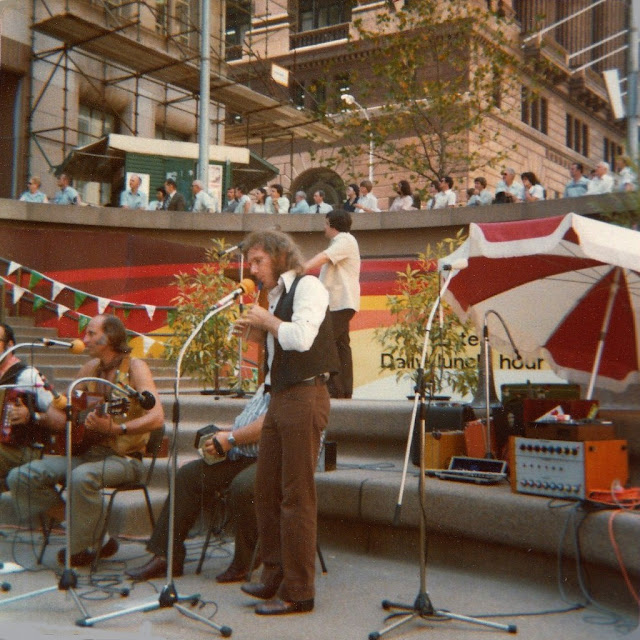 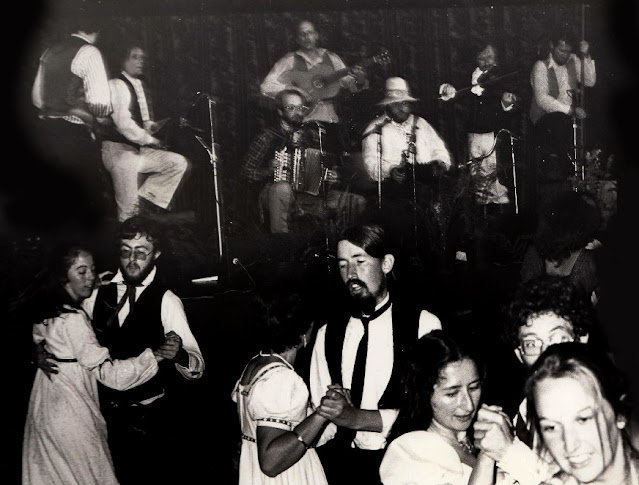 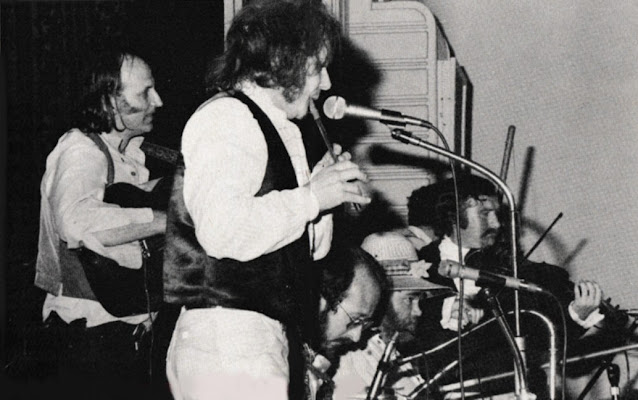 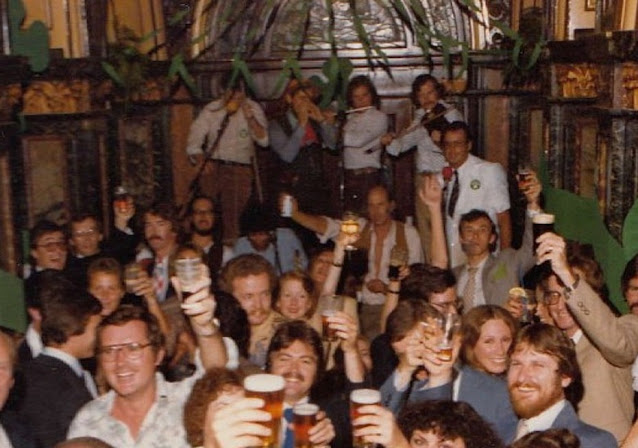 54. Poster from the Hut for a dance for Students for Australian Independence, also held in 1978 (Sandra Nixon photo)