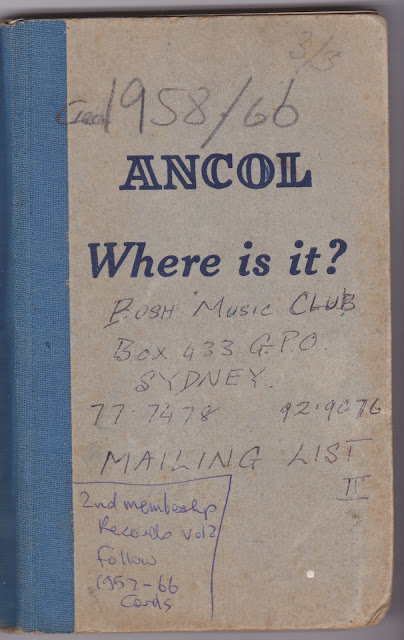 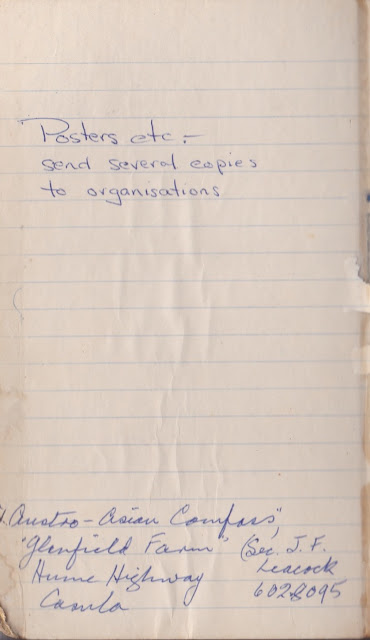 2.  Posters etc - send several copies to organisations.
"Austro-Asian Compass", Casula.  Glenfield farm - see History - James Leacock, owner 1920-1974 ... His idealism embraced many interests, ranging from organic farming to Aboriginal rights. He undertook many activities on the farm property which made Glenfield a meeting place for groups concerned for Australian and international justice and many humanitarian issues. 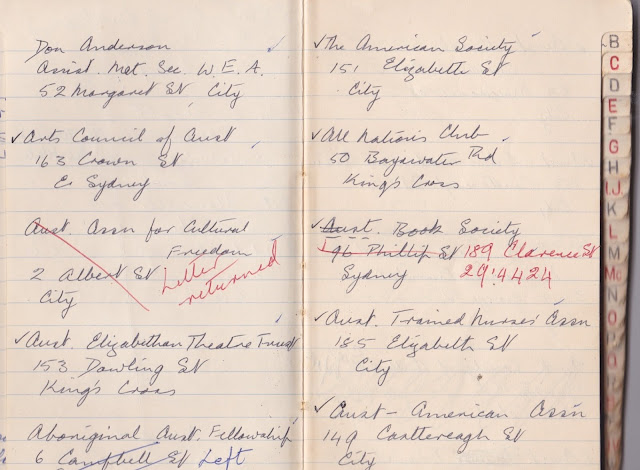 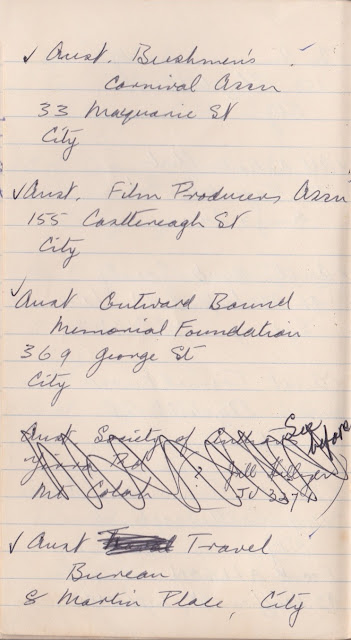 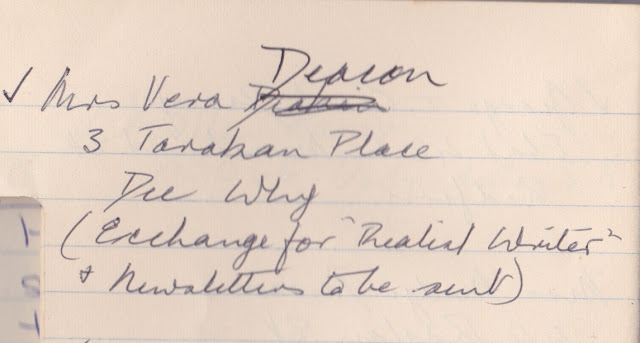 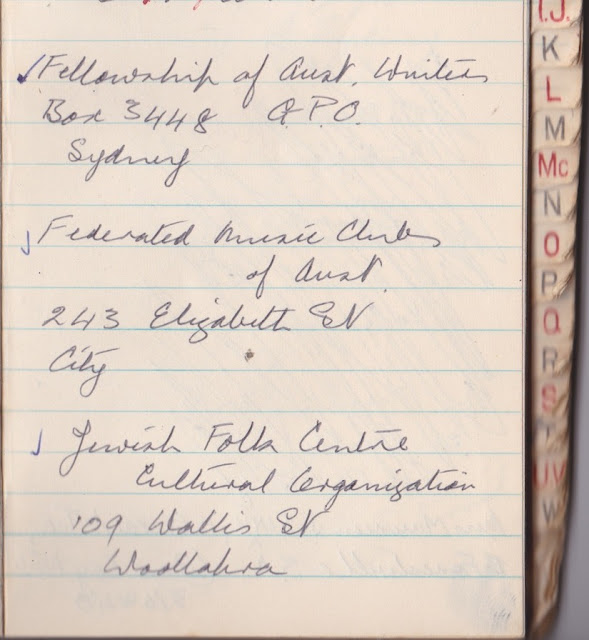 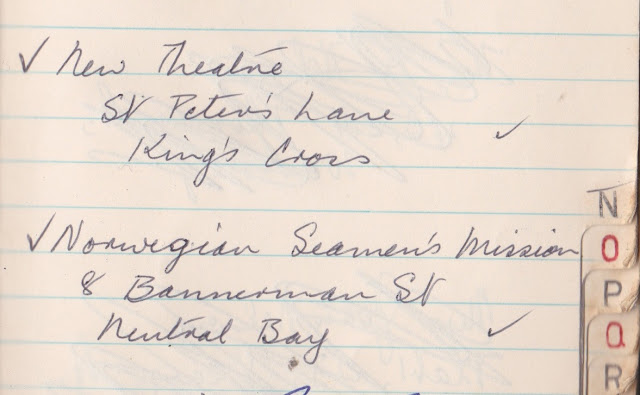 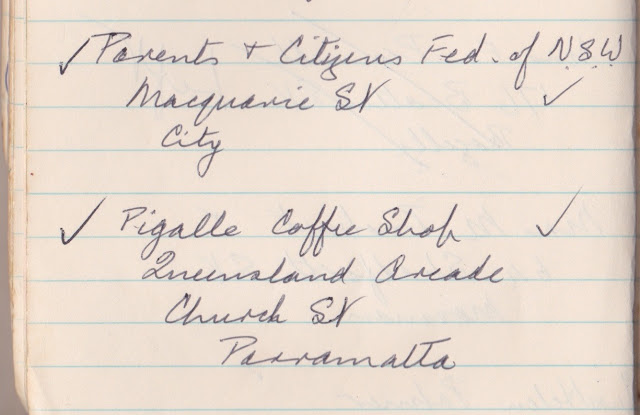 15.The Editor, This Week in Sydney.