From the Archives - 2 handwritten songs by Duke Tritton - The Fossickers Return & The Irishman's Song.

Post by Bob Bolton on Mudcat Cafe Date: 05 Jan 00 - 09:57 PM   (Duke) was a great source of traditional songs when collectors started working with tape recorders in the 1950s ... and some of the best didn't bother to record his own songs.  Janet did ... and got great songs like Shearing in a Bar, Duke's song about the boasting in a pub, when the real work is far enough away not to intrude on a good story ...

The Fossicker's Return was recorded by Janet Wakefield at Concord, 1964 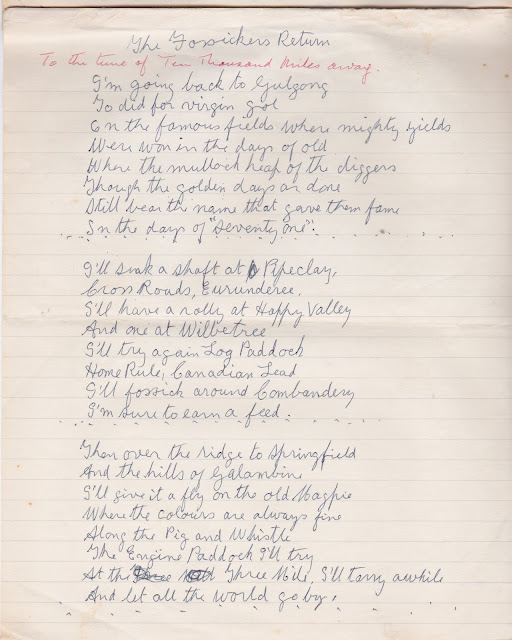 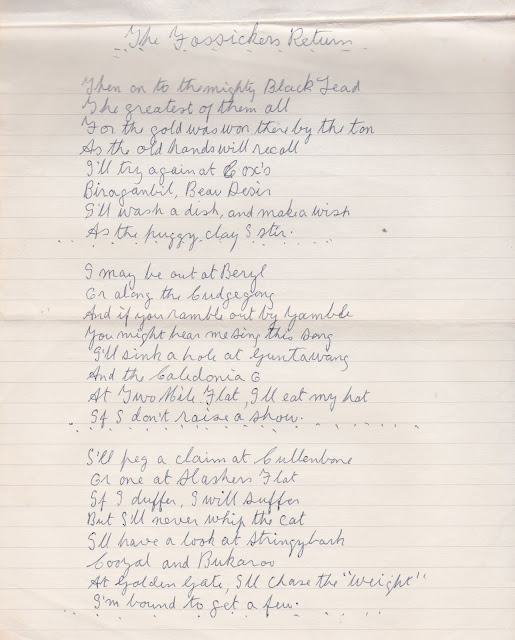 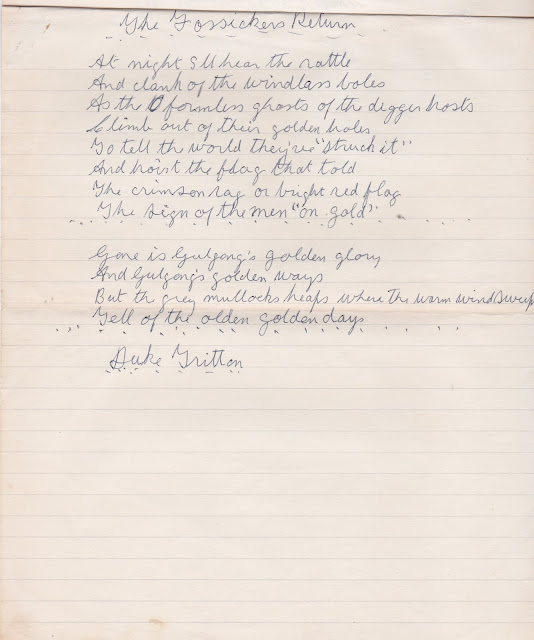 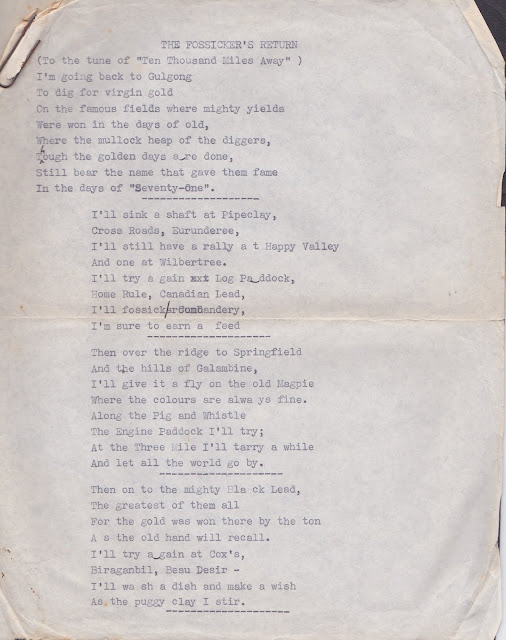 4. Typescript of The Fossicker's Return 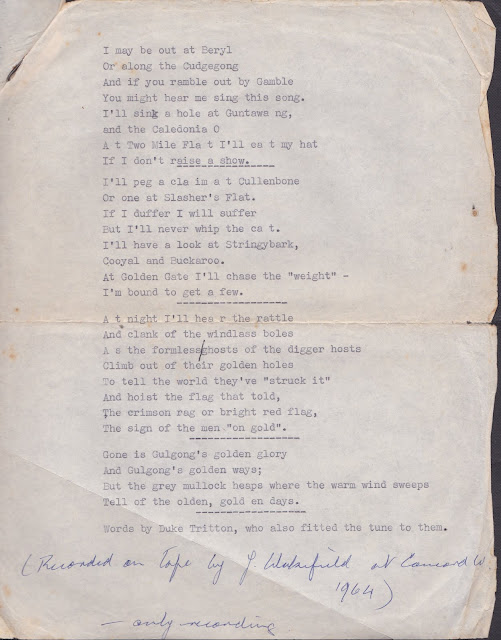 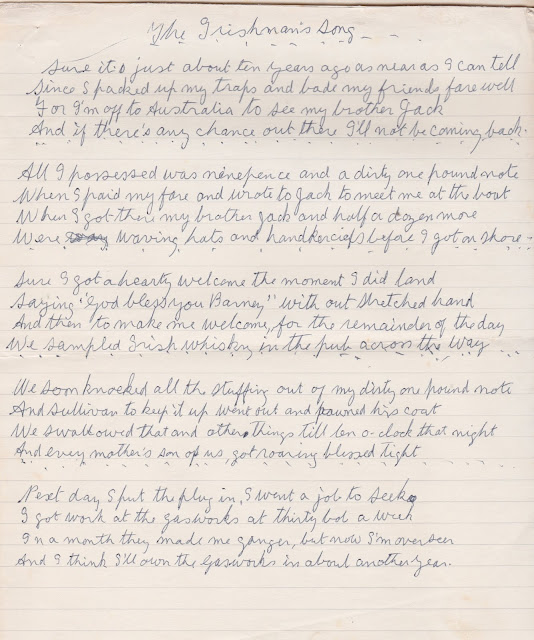 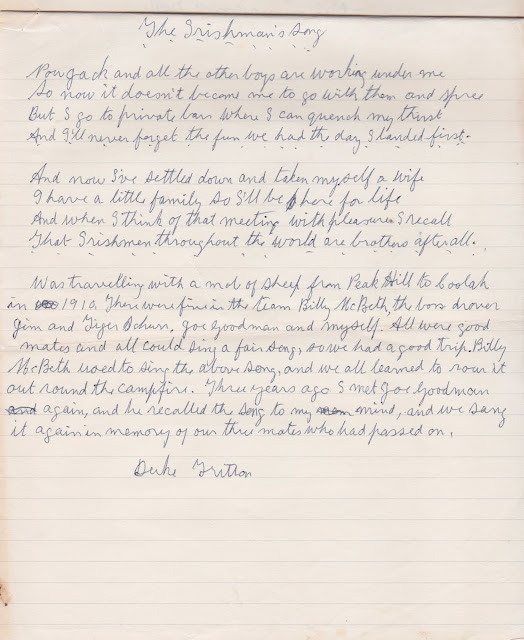 7. Was travelling with a mob of sheep from Peak Hill to Coolah in 1910. There was five in the team, Billy McBeth, the boss drover, Jim & Tiger Schurr, Joe Goodman and myself. All were good mates and all could sing a fair song, so we had a good trip.  Billy McBeth used to sing the above songs, and we all learned to roar it out around the campfire. Three years ago I met Joe Goodman again and he recalled the song to my mind, and we sang  it again in memory of our mates who had passed on. 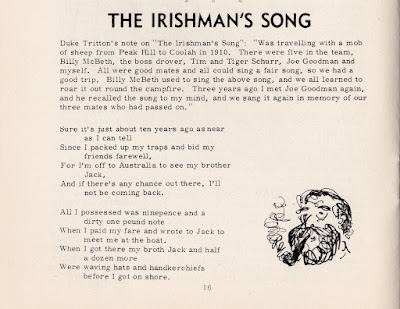 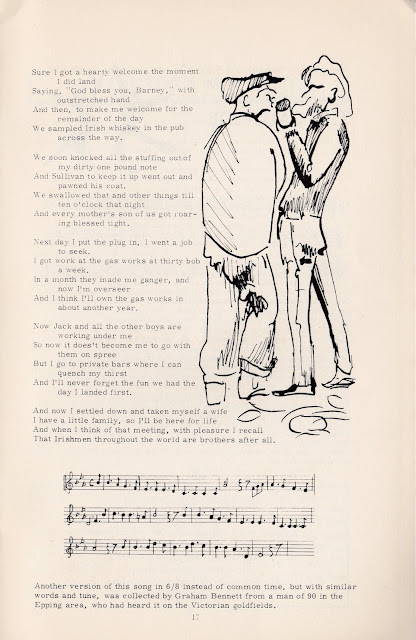