From the Archives - the re-formed Bushwhackers 1959, who also performed as the Shearers Band

The Bushwhackers broke up in 1957 and "It was agreed no-one would again use the name "The Bushwhackers"... hereafter, Meredith, and other band members if they wished, would perform under the aegis  of the Bush Music Club."  (Keith McKenry, More Than A Life - John Meredith & the Fight for Australian Tradition, p.176)

In 1959 Concert Party was re-organised with Jamie Carlin, Brian Loughlin, Jack Barrie, John Meredith and Alan Scott now performing under the name The Bushwhackers as part of a larger concert party made up of various smaller groups, couples and soloists.

The re-formed Bushwhackers performed as the Shearers Band at Wool Week for David Jones in 1959, giving 43 concerts, & later making an LP & a single. 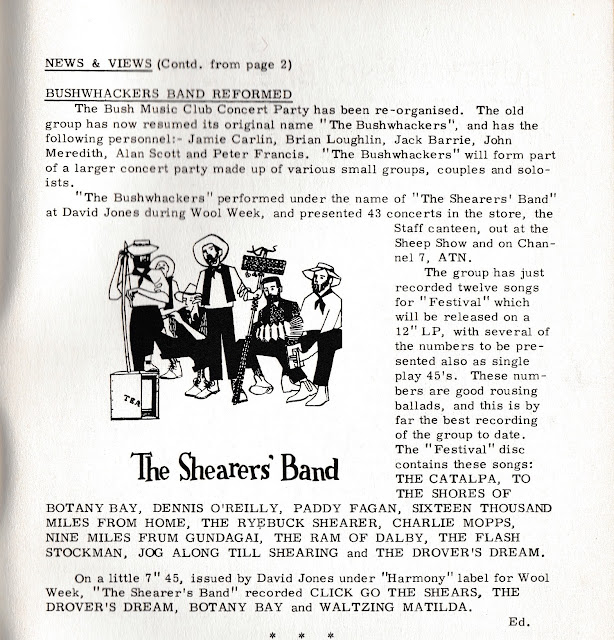 January is the only Newsletter we have for 1959 (so far!) & it does not mention the Bushwhackers Band, then we have a gap until the November 1960 Newsletter which refers to the creation of a Bush Band after the 1960 Banjo Paterson Festival  This appears to indicate it was one of the periods when Concert Party lapsed. 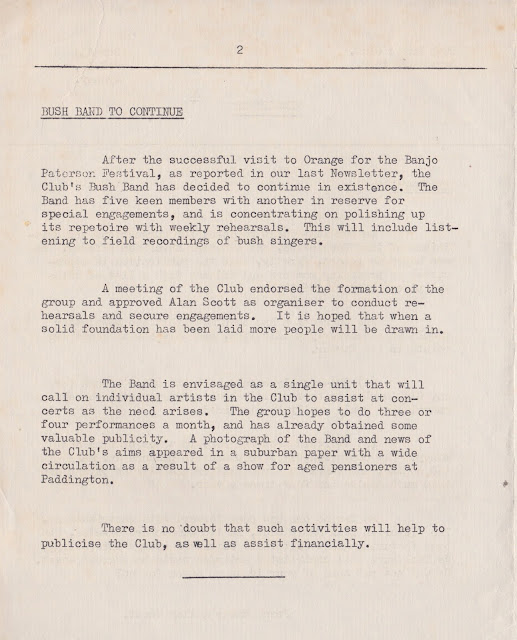 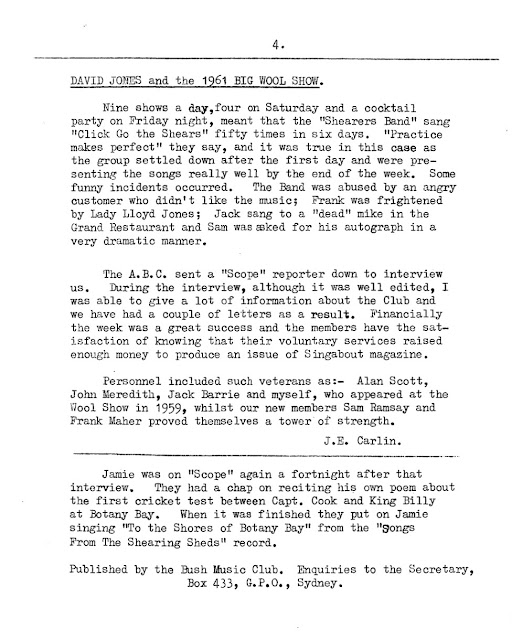 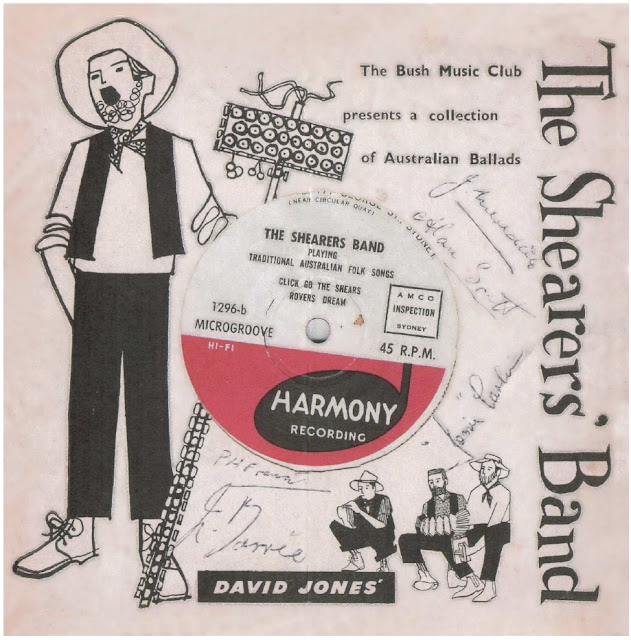 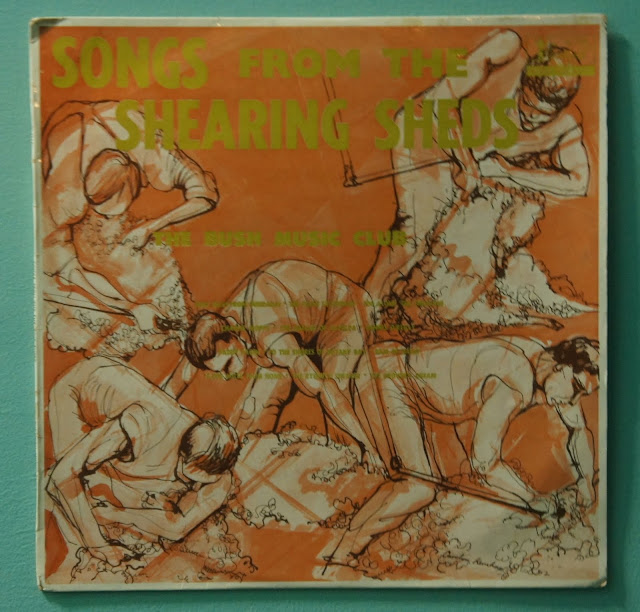 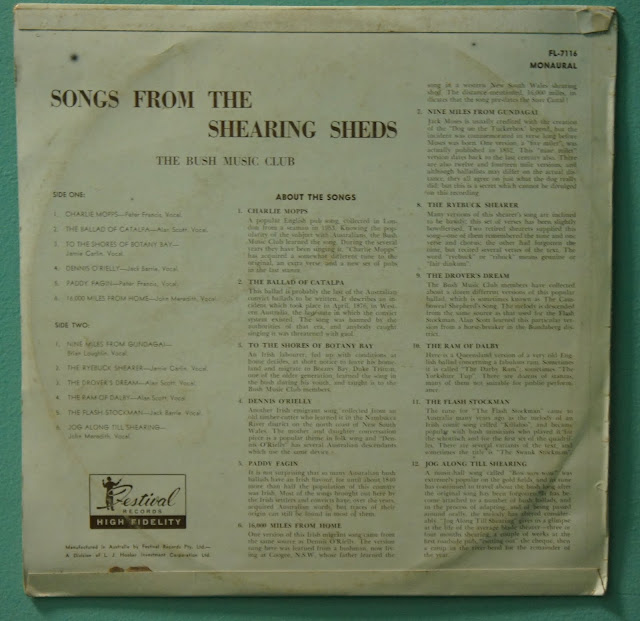 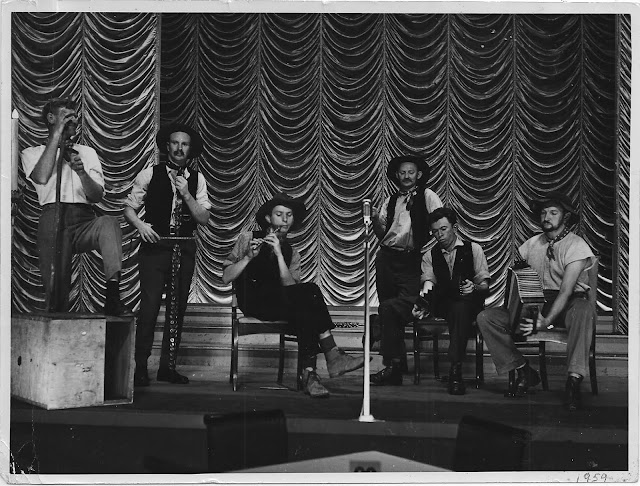 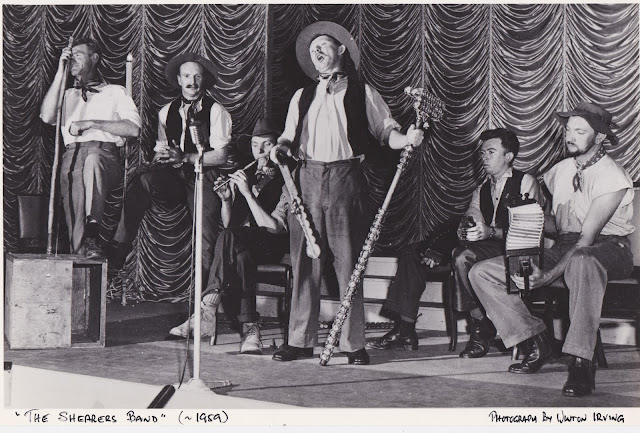 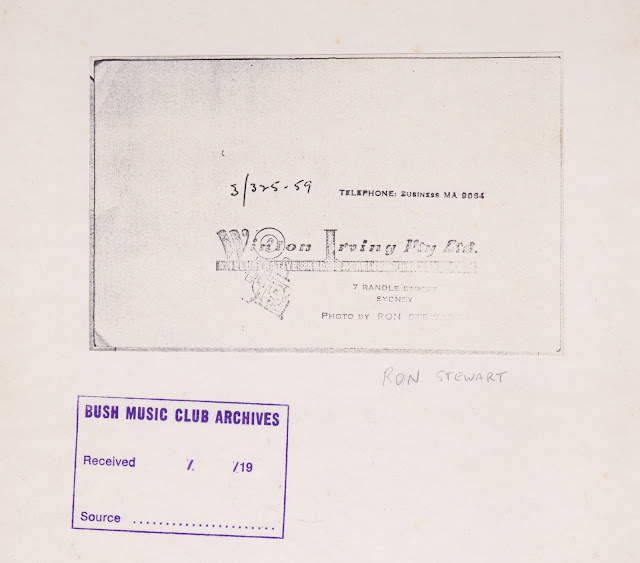 Label on back of this photo gives the photographer as Ron Stuart of photographic agency Winton Irving Pty Ltd, & ref no. 3/325 - 59 (perhaps 1959?) 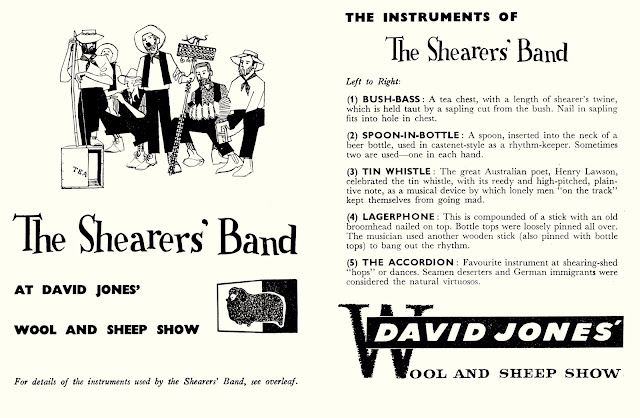 Wool Week leaflet, omitting description of the concertina - this image was later simplified & re-drawn by Bob Bolton & used as a BMC logo 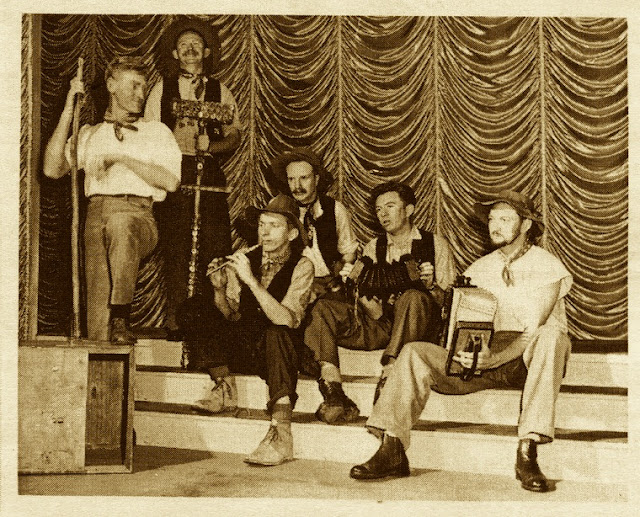 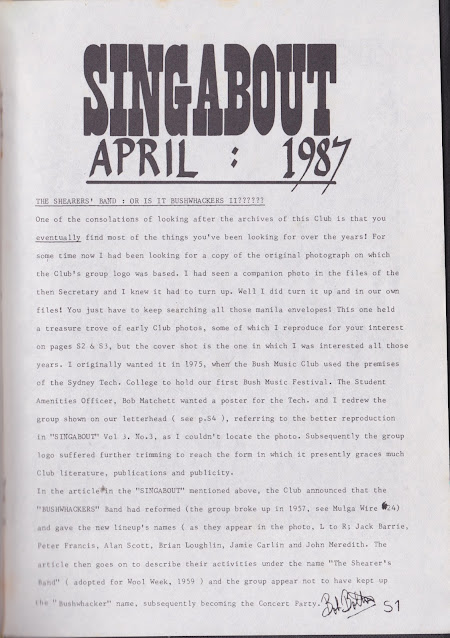 MulgaWire, no. 60 April 1987, p.S1 -
THE SHEARER'S BAND : OR IT IS BUSHWHACKERS II ??? One of the consolations of looking after the archives of this club is that you eventually find most of the things you have been looking for over the years. For some time now I've been looking for the original photograph on which the Club's logo was based ... I originally wanted it in 1975, when the Bush music Club used the premises  of the Sydney Tech. College to hold our first Bush Music Festival ... a poster ... I redrew the group shown on our letterhead (see p. S4) ...  Subsequently the group logo suffered further trimming ... 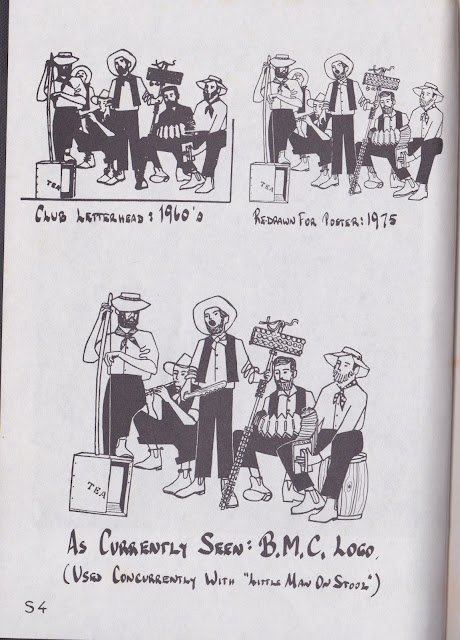