From the Archives - Aboriginal songs in Singabout


By the early 1950s American culture was taking over, so people across Australia started searching for the Australian culture they remembered from their childhoods, or knew about through their parents' or grandparents' memories. Some also searched for Aboriginal culture.


(1952) In an interview with folksinger Bobby Campbell, John Meredith recalled the local activities in his Sydney suburb of Heathcote: -
I was living in Heathcote and there was an organisation called  The Defence of Australian Culture which was aimed at saving Australian culture from the inroads being made by imported American crap. They hit on the idea of having Australian social evenings where everything on the program was Australian.

There would be poems read by Dorothy Hewitt and somebody would sing some Australian songs, Faith Bandler would sing some aboriginal or Torres Strait Island songs. Anyway we had one of these evenings down at Heathcote which was quite a success so we decided to do another one. For the second  one I suggested to Brian Loughlin that we get together and do two or three Australian songs.
We stuck on false whiskers, dressed rough and gave out with our entire repertoire

Click go the Shears
Botany Bay and
Nine miles from Gundagai.
In spite of my whiskers falling off, or maybe because of them, we were an immediate success ... as a comedy act!           John Meredith 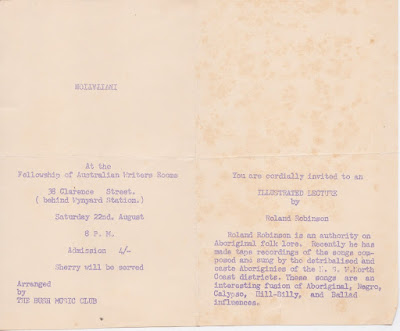 1959 -  Invitation.
At the Fellowship of Australian Writers Rooms
28 Clarence Street (behind Wynyard Station)
Saturday 22nd. August 8 P.M.
Admission 4/- Sherry will be served.
Arranged by the Bush Music Club.
You are cordially invited to a talk by Roland Robinson on Aboriginal folk lore. Recently he has made tape recordings of the songs composed and sung by the detribalised and caste Aborigines of the N.S.W North Coast districts. These songs are an interesting fusion of Aboriginal, Negro, Calypso, Hill-Billy, and Ballad  influences. 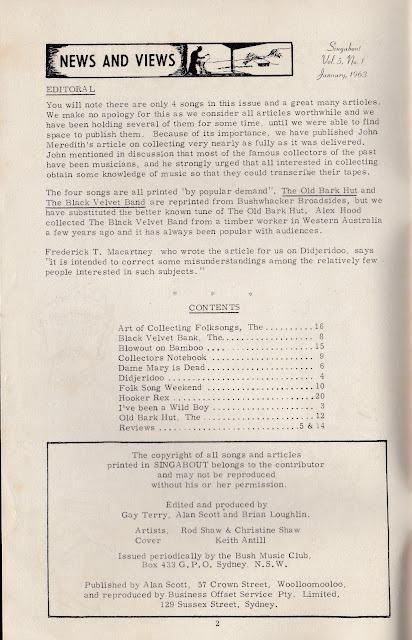 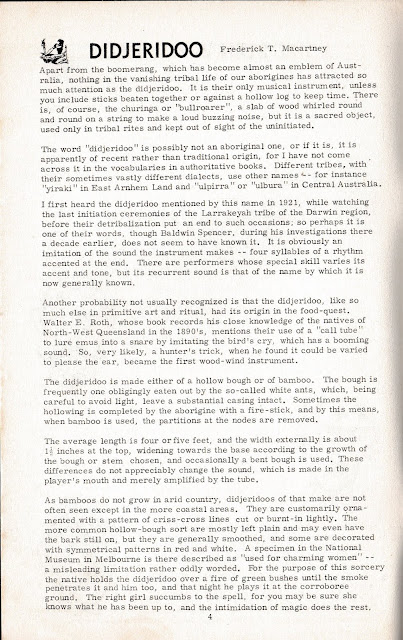 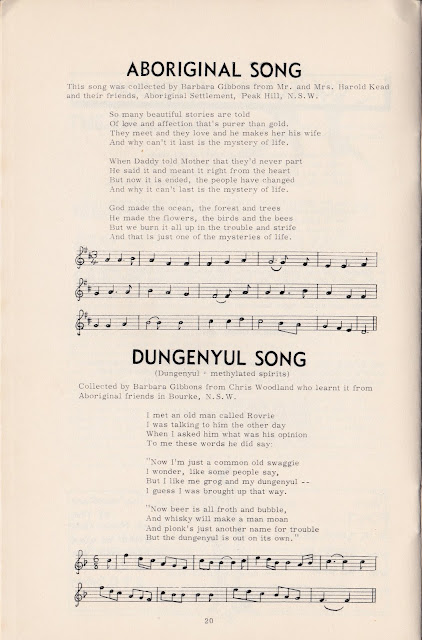 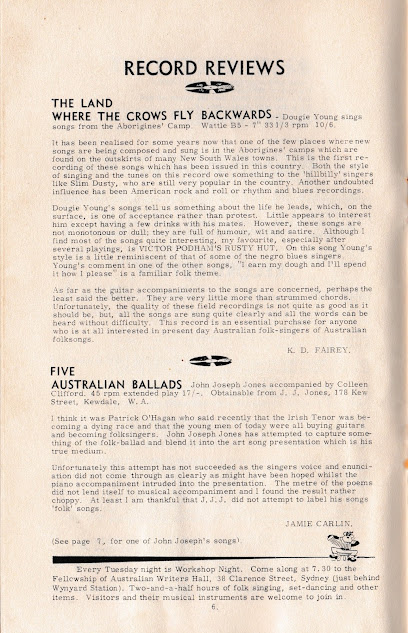 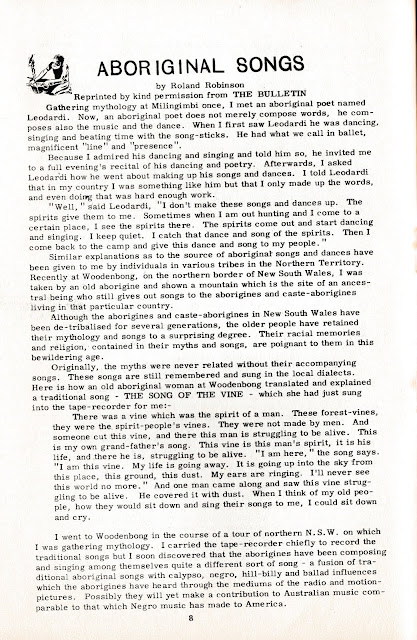 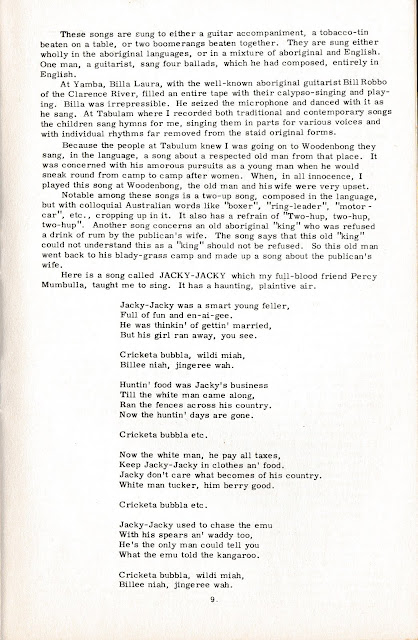 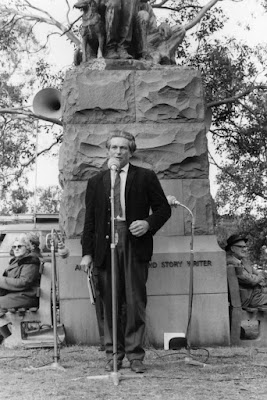