This publication is available for no charge for non-commercial use 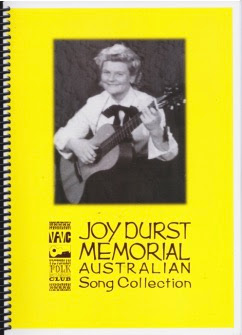 First published in 1970, this fine collection of Australian songs was dedicated to the memory of one of the founders of the original Billabong Band, Joy Durst. Evolved from the band's original repertoire, the book covers a wide range, with lyrics and music (including guitar chords) for 100 songs. Many of the songs are well-known standards (including Waltzing Matilda, Click Go the Shears etc.), but there are enough new songs to make it a worthwhile addition to any collection (e.g. Bryant's Ranges, It's On!, Goondiwindi Song etc.). The 1980 second edition included additional verses and revised music for some tunes. Edition 2 was 113 pages - spiral-bound so it could be opened out flat.

The 2020 3rd edition is the result of a major revision effort. While remaining true to the versions of the songs originally published, a number of errors have been corrected. Much investigation was required, and the book is now extended with detailed notes, a glossary of vintage and often obscure terms, and a gazeteer of place names and geographic details referenced in the songs (and linkable to Google Earth). Possible introductions and "fills" between verses have been added. Two styles of presentation are available:

The book can also be accessed as a computer .pdf file with search and hyperlink features, access to "A" and "B" style pages and MIDI audio files. 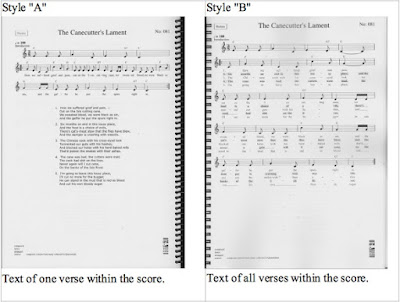 (a) to preserve, research and popularise our Australian Folklore Heritage of traditional songs, music, poetry, prose and dance.

(b) to encourage the creation of contemporary songs, music, poetry, prose and dance in the traditional style.

The roots of the VFMC lie in the formation of the original Bushwackers' Band in Melbourne in 1955, which appeared with great success in the second production of the play "Reedy River".

After a change of name to the Billabong Band, the Band built up a keen audience of fans around Melbourne and began to hold regular monthly Singabouts to cater for them. Band members along with some of their most enthusiastic followers launched the Victorian Bush Music Club on June 26th, 1959.

The Club had the aim of reviving Australian folk songs and restoring them to their former popularity, and undertook to assist in, and to encourage, the composing of new songs, contemporary in subject and traditional in style.

In its earliest days the Club made use of the publications of the Sydney Bush Music Club such as Singabout magazine, but by 1960, had launched its own monthly newsletter. In 1961 the Club combined with the Folklore Society of Victoria and brought out a monthly publication, the Gumsuckers' Gazette. Words and music of songs were included in this, and by 1964, a more ambitious publication, Australian Tradition, was launched.

In 1962 contact was made with a fine group of dancers and musicians in the Corryong district led by Beat and Con Klippel, and yearly get-togethers have been held there ever since, now known as the Nariel Creek Folk Festival, held over the New Year weekend.

1963 saw the first big Moomba folk concert, at which VFMC members provided the bulk of the program. Following closely on this was a most successful weeklong folk festival in conjunction with the Folklore Society of Victoria and the Council for Adult Education. A change of name to the Victorian Folk Music Club was made to emphasise that the Club's interests included urban and contemporary songs.

Early in 1966 the Club took the initiative, along with Glen Tomasetti and Martin Wyndham-Read, of launching the Port Phillip Folk Festival Committee, and started it off financially with a $100 grant. This festival was so successful that it eventually became the National Folk Festival, now held annually over Easter at the Exhibition Park in Canberra (EPIC). 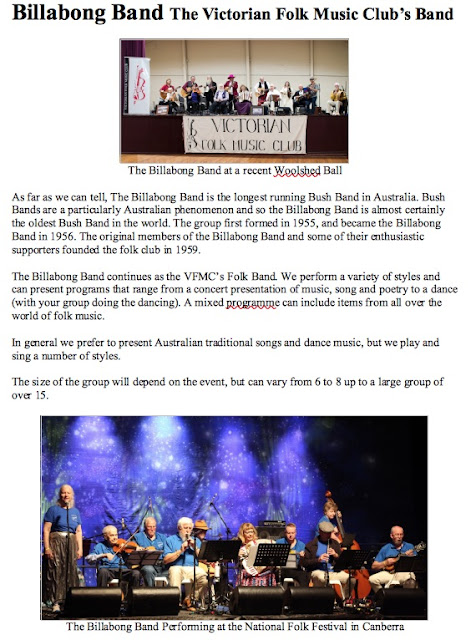