The first Newsletter was published in October 1955, & the last Newsletter/Calendar we have was issued in January 1977, & the January 1978 Calendar was also issued with Mulga Wire.

Our holding are not complete & missing issues will be added as found. 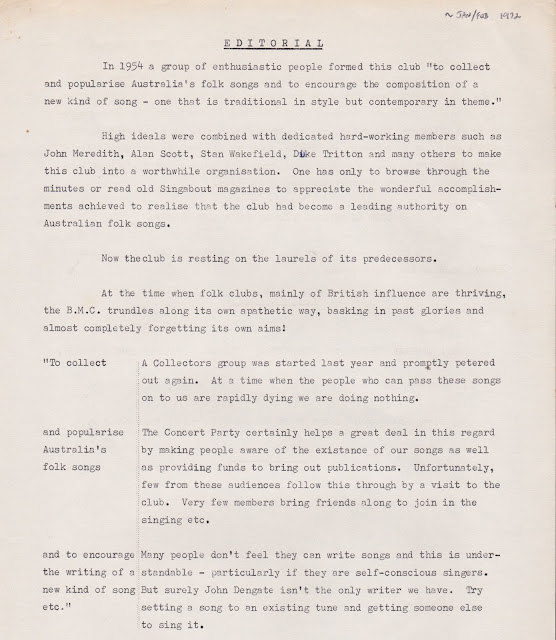 1. The club is resting on the laurels of it's predecessors 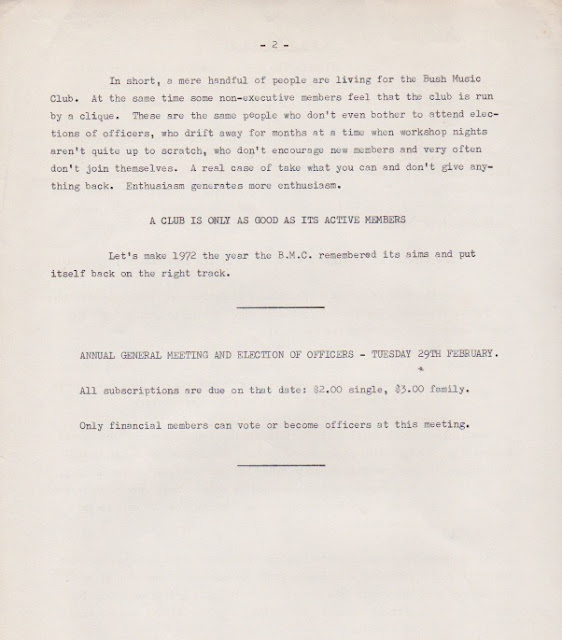 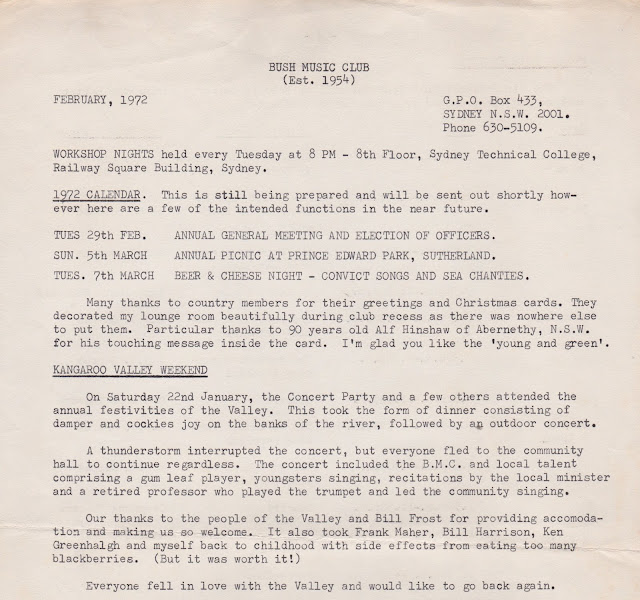 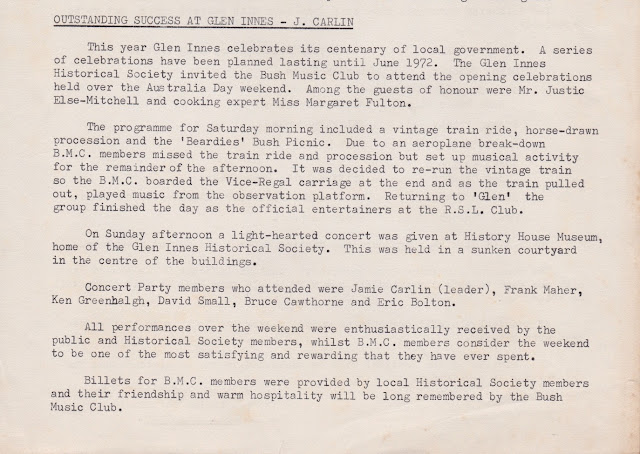 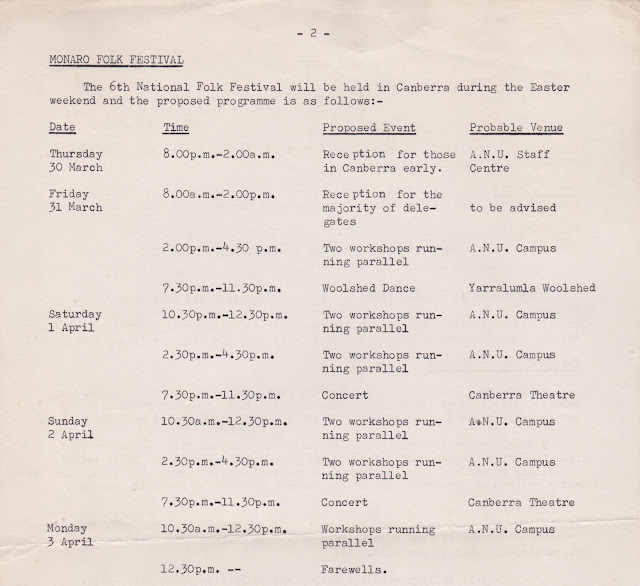 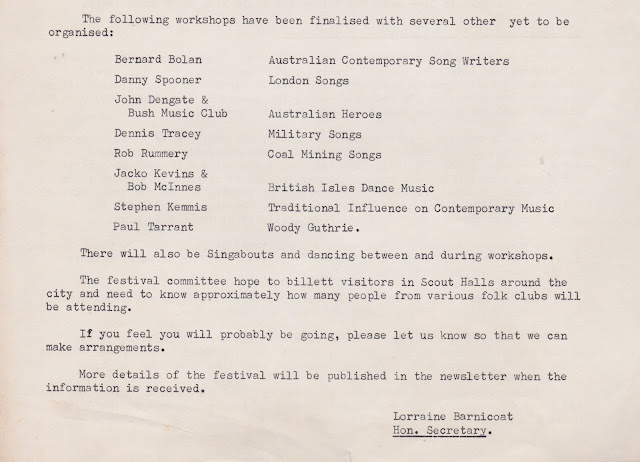 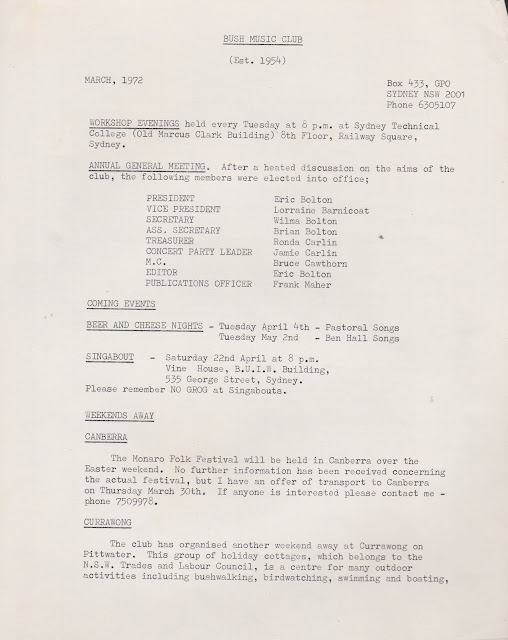 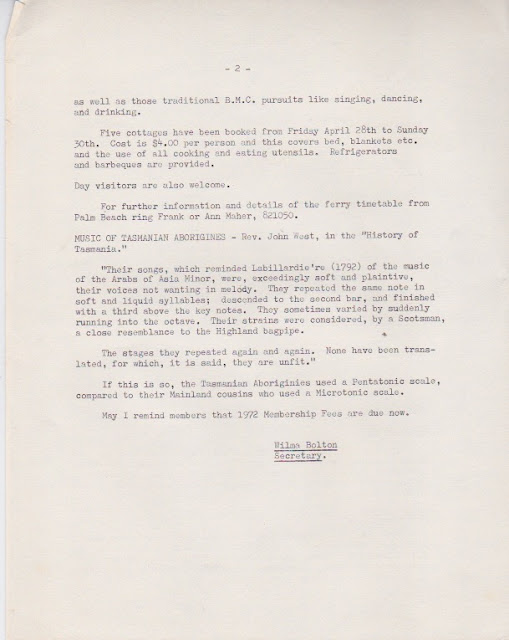 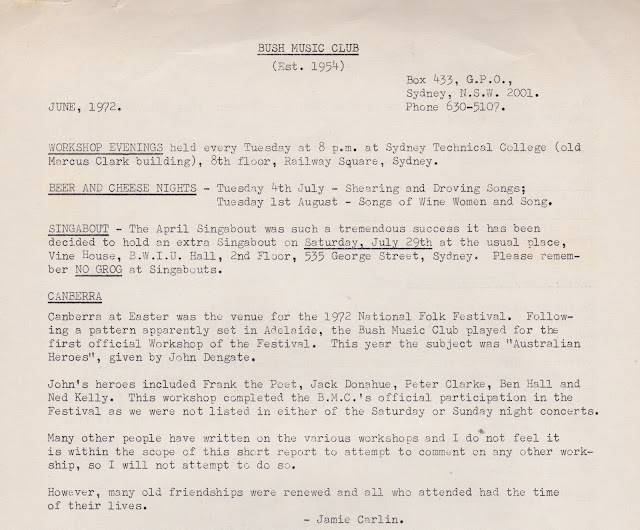 1. Workshop evenings on Tuesdays.  Beer & Cheese nights July & August. April Singabout was a tremendous success, so an extra Singabout will be held in July. Canberra -  review by Jamie Carlin. 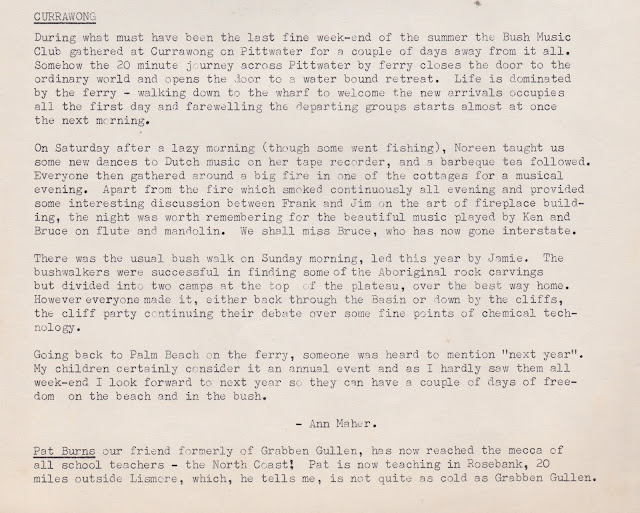 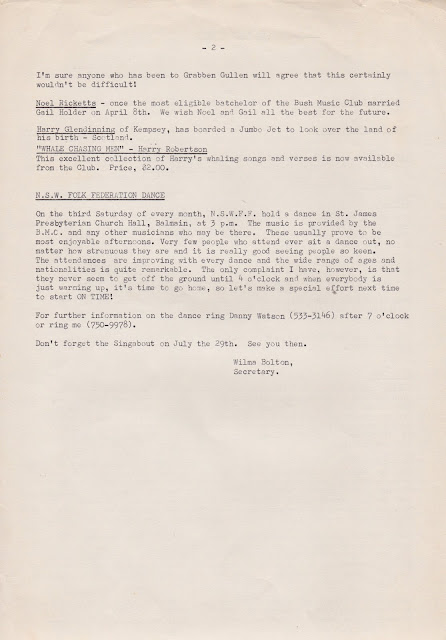 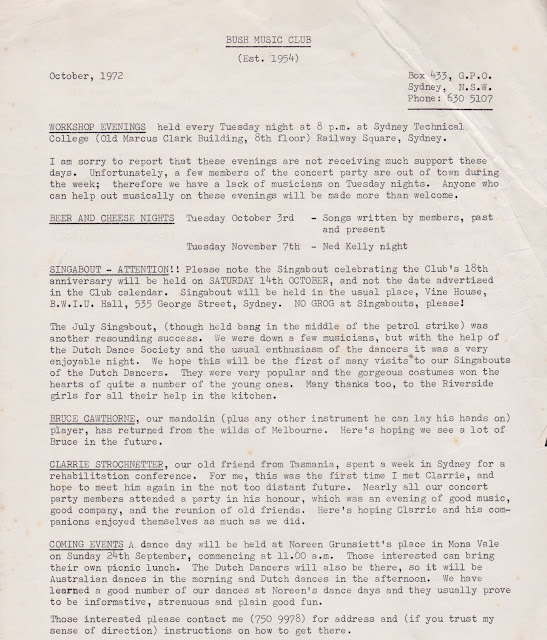 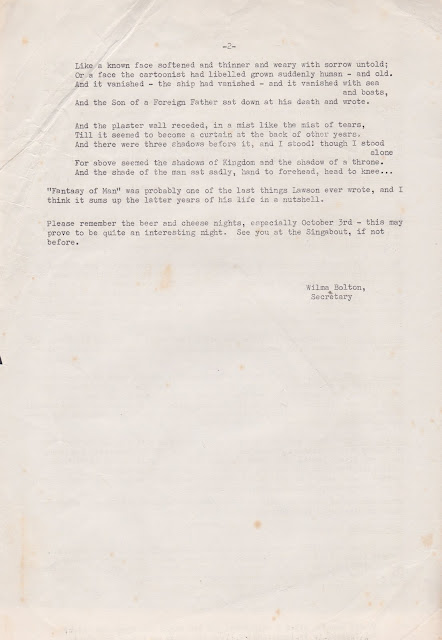 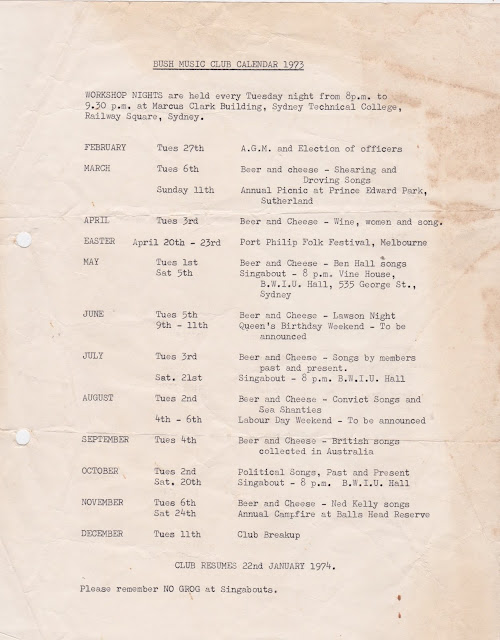 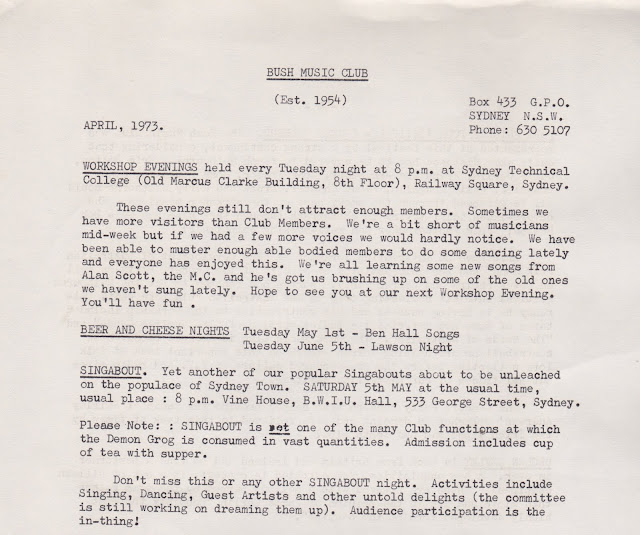 1.  Workshop evenings on Tuesdays.  Beer & Cheese nights for May & June. Singabout 5th May. 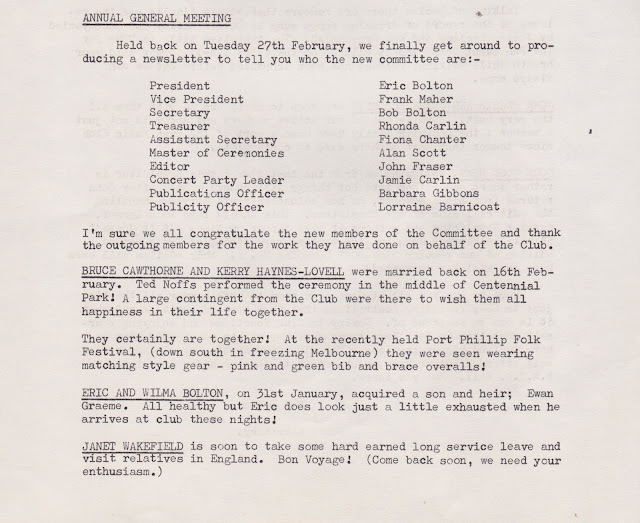 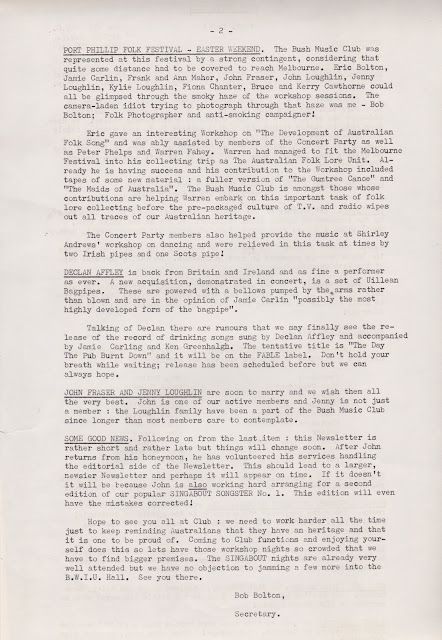 3.  Port Phillip Folk Festival review by Bob Bolton. Declan Affley returned from Ireland with Uillean pipes. His long awaited record The Day the Pub Burnt Down with Jamie Carlin & Ken Greenhalgh might be out soon, after other scheduled release dates  (it was finally released in 1974)  (Bob Bolton Secretary)
~~~~~~~~~~~~~~~~~~~~~~~~~~
August 1973 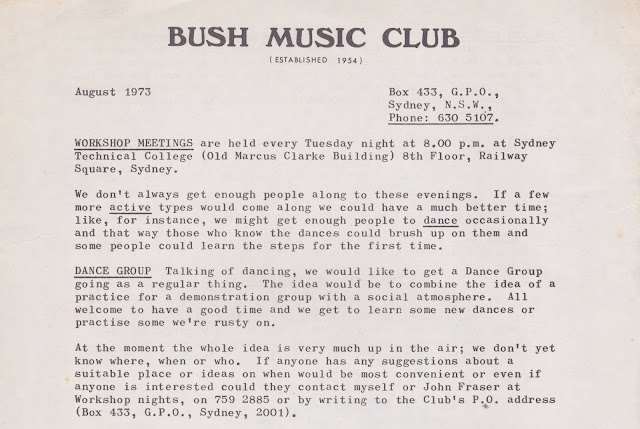 1. Workshop nights on Tuesdays. A Dance Group has been proposed. 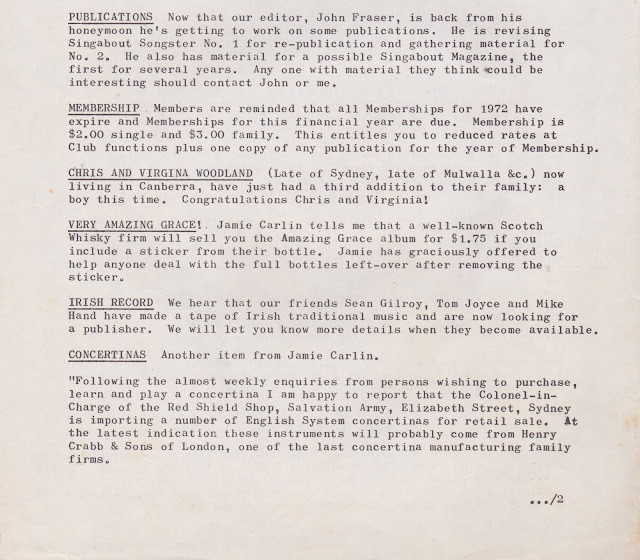 2.  Publications - editor John Fraser is working on a revised Singabout Songster & a second volume. He also has enough material for a possible Singabout Magazine. Irish musicians Sean Gilroy, Tom Joyce & Mike Hand have made a tape of traditional Irish music & are looking for a publisher.  Jamie Carlin reports concertinas can be bought from the Salvation Army Red Shield shop. 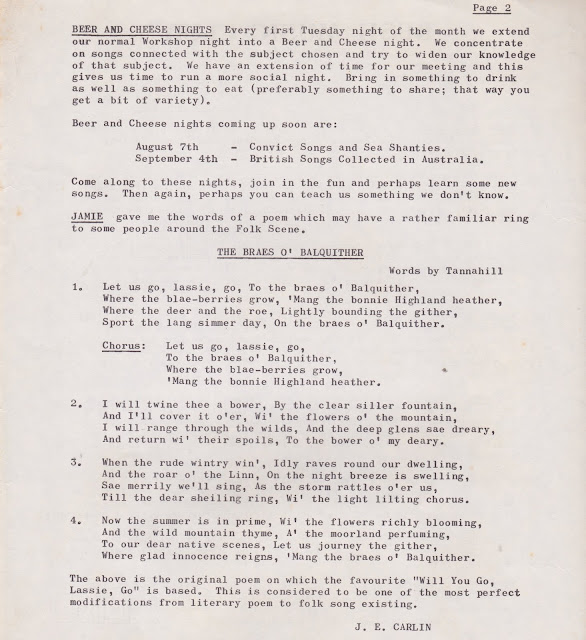 3. Beer & Cheese nights August & September.  From Jamie Carlin - words to The Braes O' Balquither words by Tannahill, the basis of the folk song Will you go, lassie, Go. 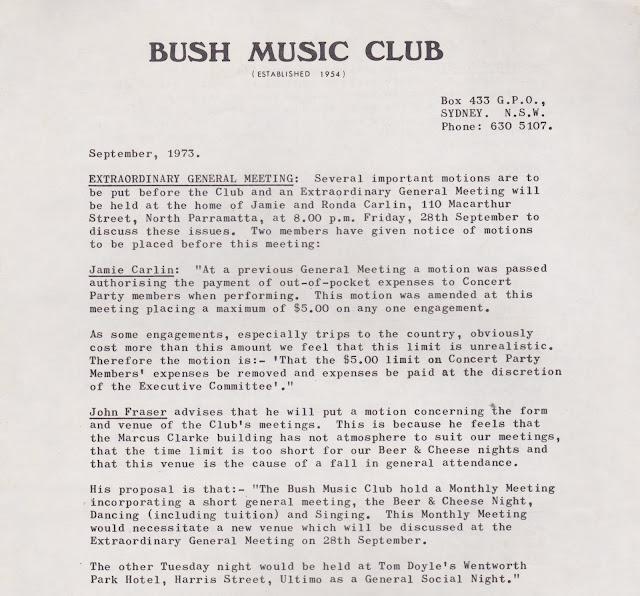 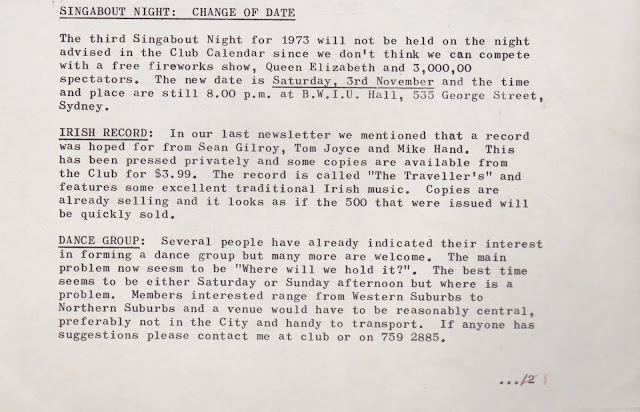 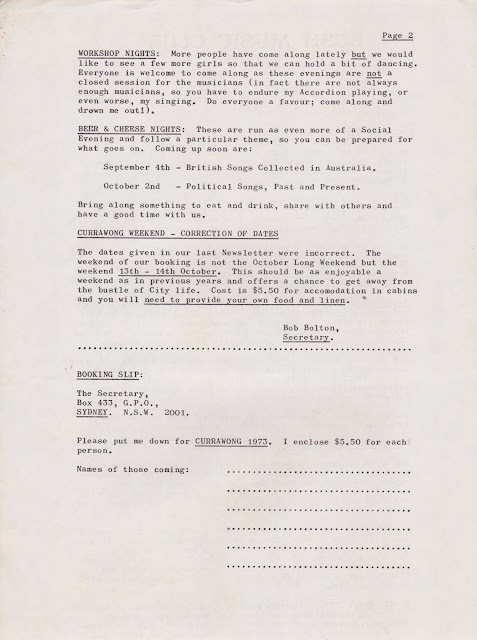 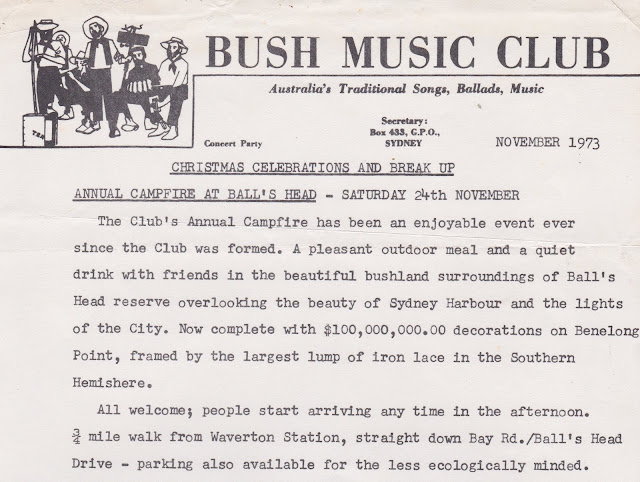 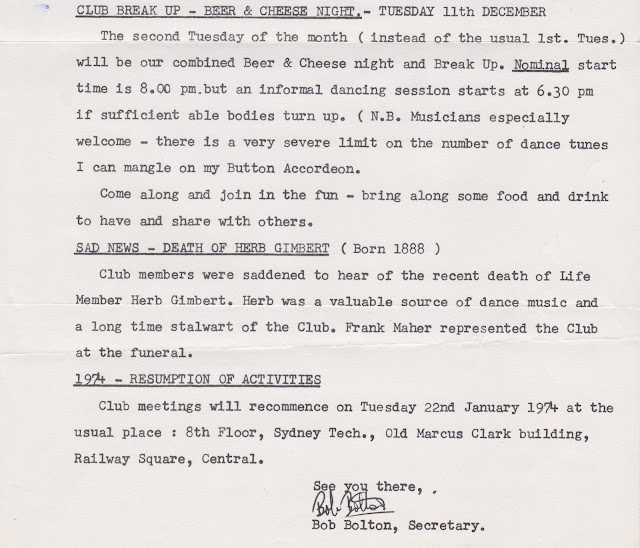