From the Archives - Harry Glendinning - The Folk Boom & the Bush Music Club by "H.G" 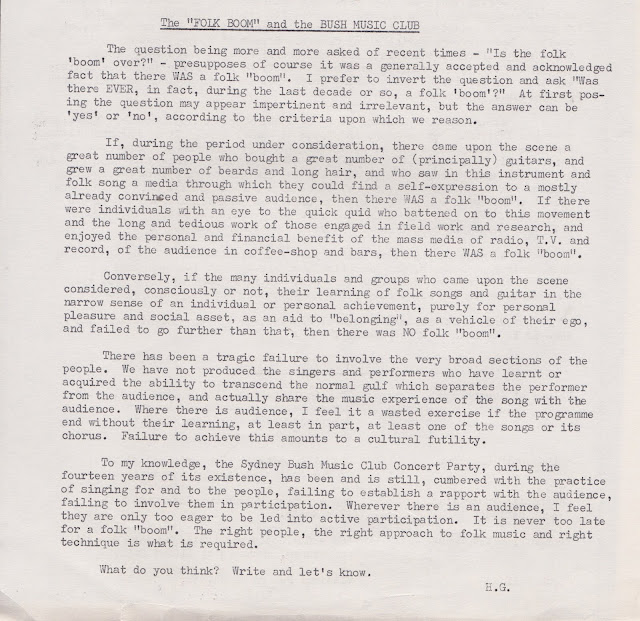 Yes Harry was one of the older members and he and his wife used to host musical afternoon at their place near Land Cove at their place, Harry drove us out to Pipe Clay and Lawson’s old house out from Gulgong as I recall from one of John’s songs. He and his wife moved north and we lost touch. He played the accordion. I enjoyed reading his article. This is what I have referred to in the past as the difference between the BMC and the so called ‘folk boom/revival’ entertainers. My workshops concerts always followed that principle of involvement with audience participation encouraged. 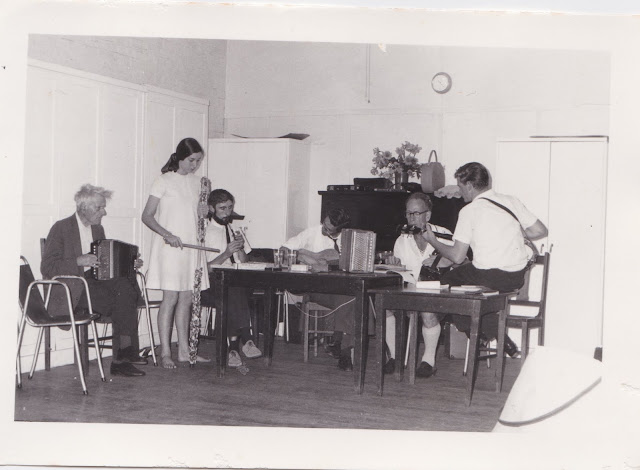 Ken Fairey collection - L-R - Herb Gimbert, Wilma Bolton, Ken Greenhalgh, John Dengate, Harry Glendinning, Eric Bolton.
Wilma is using Frank Maher's lagerphone as she did not have one of her own. (Frank) 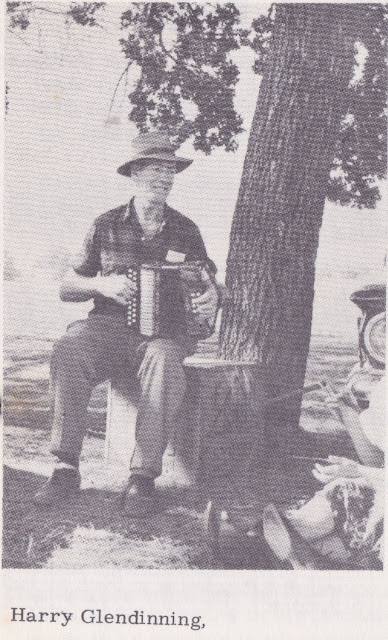 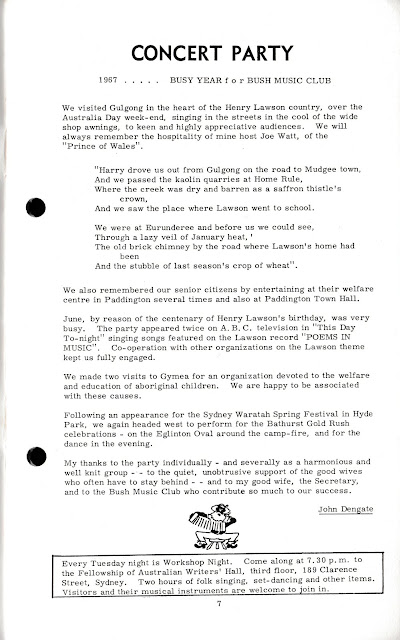 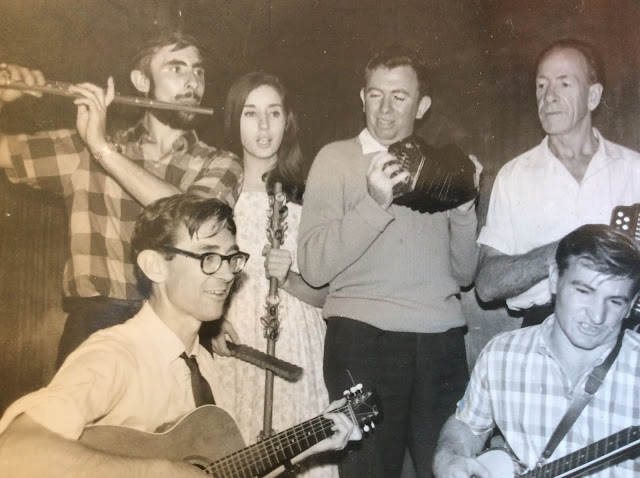